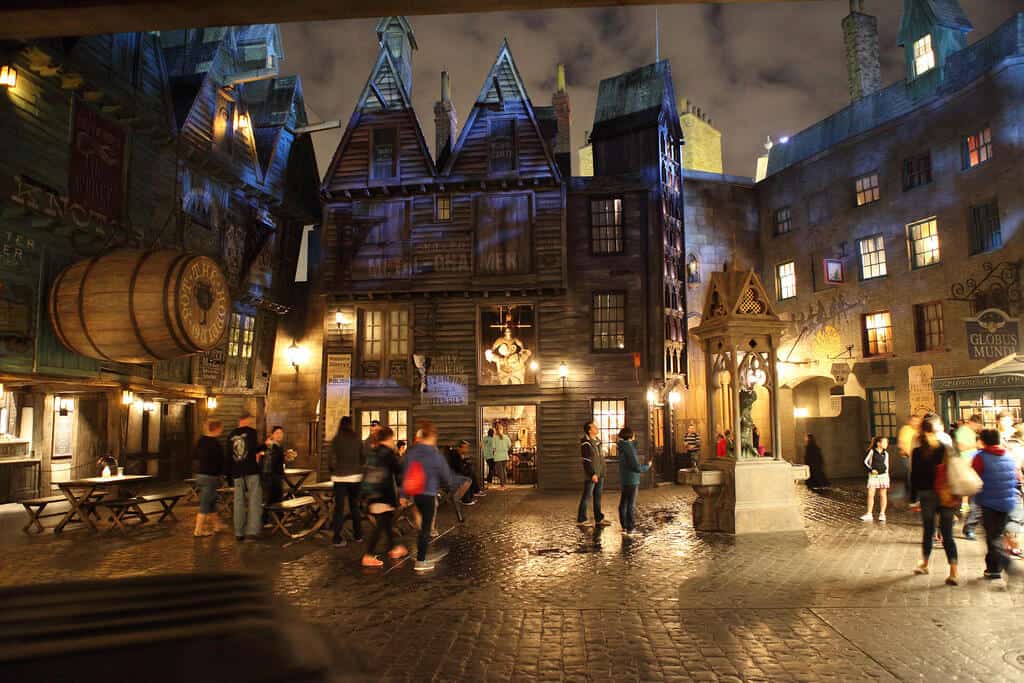 Few franchises in recent memory have had the compelling staying power of Harry Potter. This famed book and movie series took the world by storm upon its release, and Universal Studios wasted no time in bringing it to life.

Universal’s The Wizarding World of Harry Potter themed parks opened in July of 2014 to much fanfare from Harry Potter fans everywhere.

The parks have drawn international acclaim for helping give life to one of, if not the, most beloved book series of all time.

Located in Orlando, Florida, this exciting park has much to offer for Harry Potter fans everywhere! Our guide below list tens of the most awesome facts about this must-see amusement park.

1. You Can Actually See Hogwarts

Potterheads across the globe united in a cry of triumph when it was announced that the new theme park would include a replica of Hogwarts. 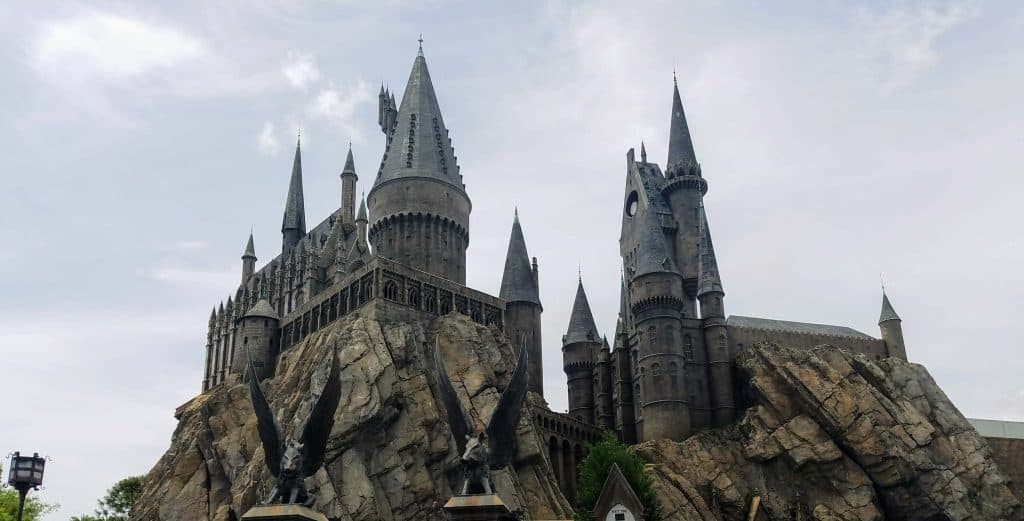 The most famous school of witchcraft and wizardry, Hogwarts has become a staple of the amusement park. Universal Studios’ Hogwarts rendition makes for a perfect replica of the real deal and gives guests the authentic touch they need.

2. You Can Ride the Train to Hogsmeade 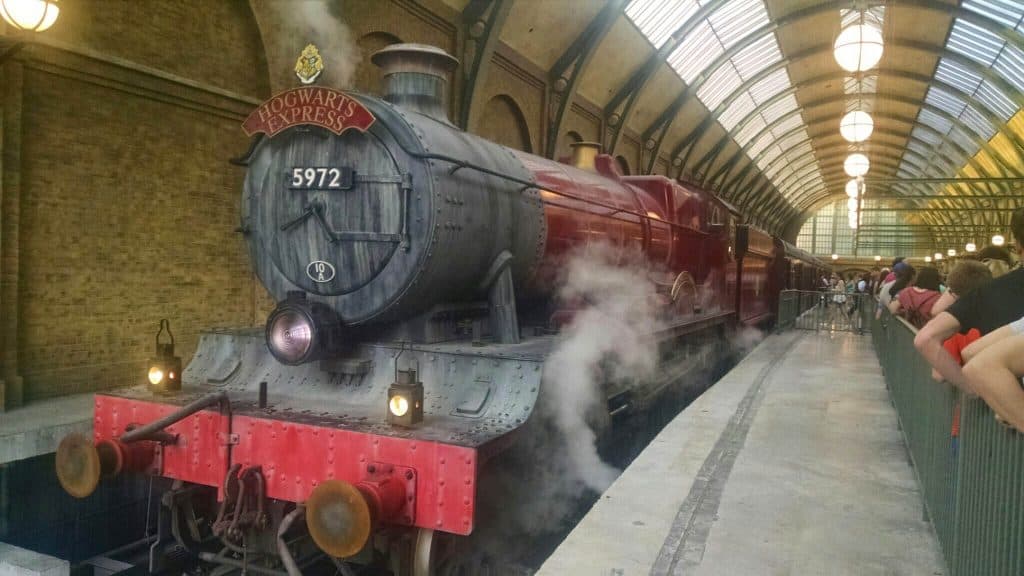 Here, you can try one of the series’ famed butterbeers and really get into themed world. The only drawback is that the lines are long, and you can expect a long wait time and a very crowded ride as you make your way into Hogsmeade.

For true Potterheads, however, the experience is totally worth it.

3. You Can Buy Your Own Wand

As you may expect, the park includes an assortment of Harry Potter-themed merchandise, but none of it is as coveted as purchasing your own wand. 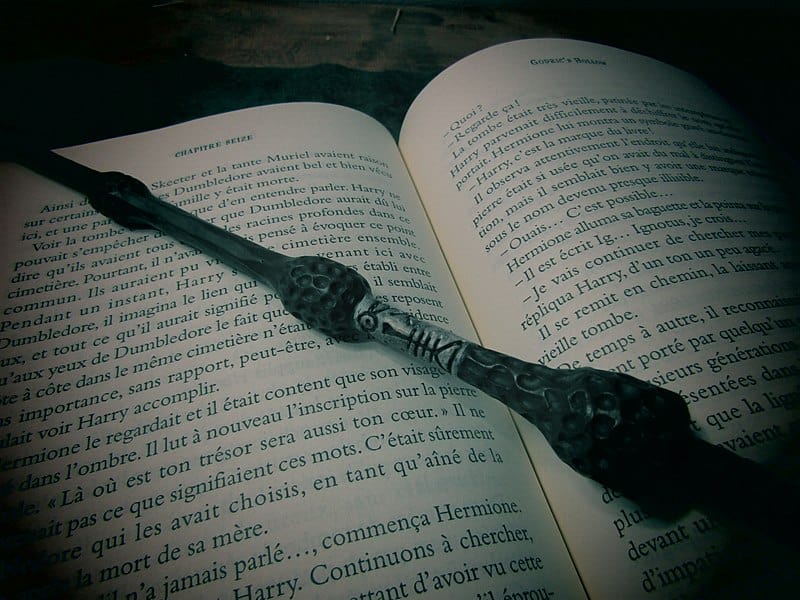 Become a witch or a wizard yourself with a Universal Studios Harry Potter wand. These are great to add to any true Harry Potter collection.

And why stop at one? At the Universal Studios Harry Potter store, you’ll be able to buy as many wands as your heart desires (though real fans know that you get a single wand that chooses you.)

4. You Can Ride a Roller Coaster

After the park opened, it was announced that a Harry Potter ride would be added by Universal Studios. 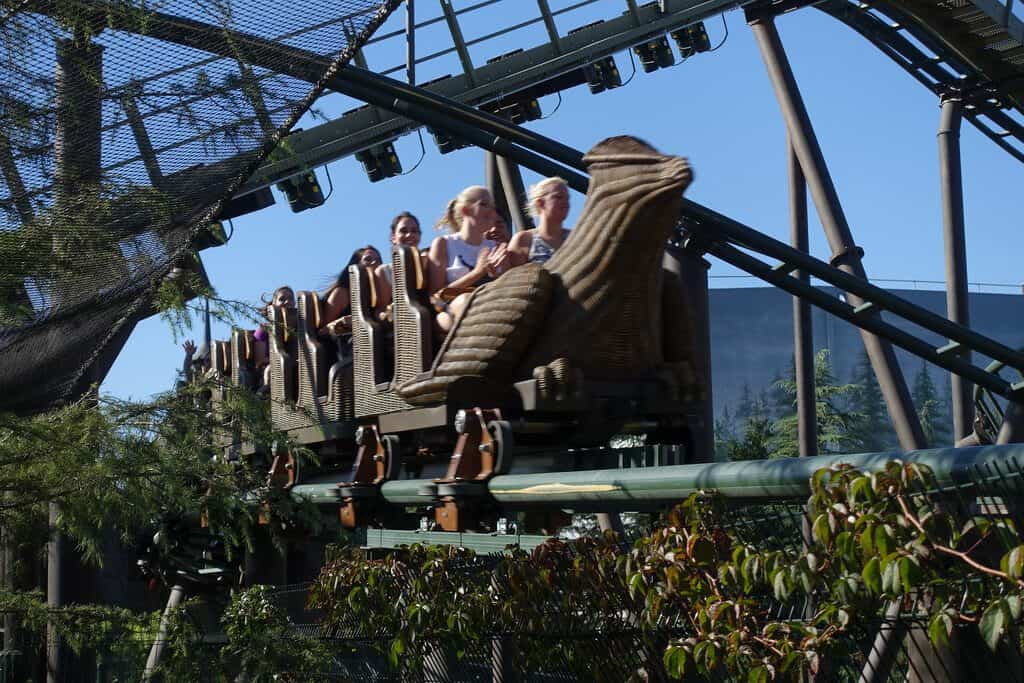 This new rollercoaster won the hearts of Harry Potter fans everywhere and offers a fun-filled and exciting way to spend your time at the park.

Because while it’s all Harry Potter themed—and that’s cool in itself—is any park really complete without one of these thrill-seeking rides?

The new roller coaster has yet to be complete, with construction underway. The coaster replaces the older Dragon Challenge ride.

Much excitement has been raised about this all-new rollercoaster, as it will presumably continue in the Harry Potter theme—leaving fans to wonder how Universal Studios will incorporate elements from the series to make an unforgettable ride.

5. You Can Go to Diagon Ally

Remember Diagon Ally from the series?

This famous wizarding shopping district is now open for muggles at the Wizarding World of Harry Potter at Universal Studios. 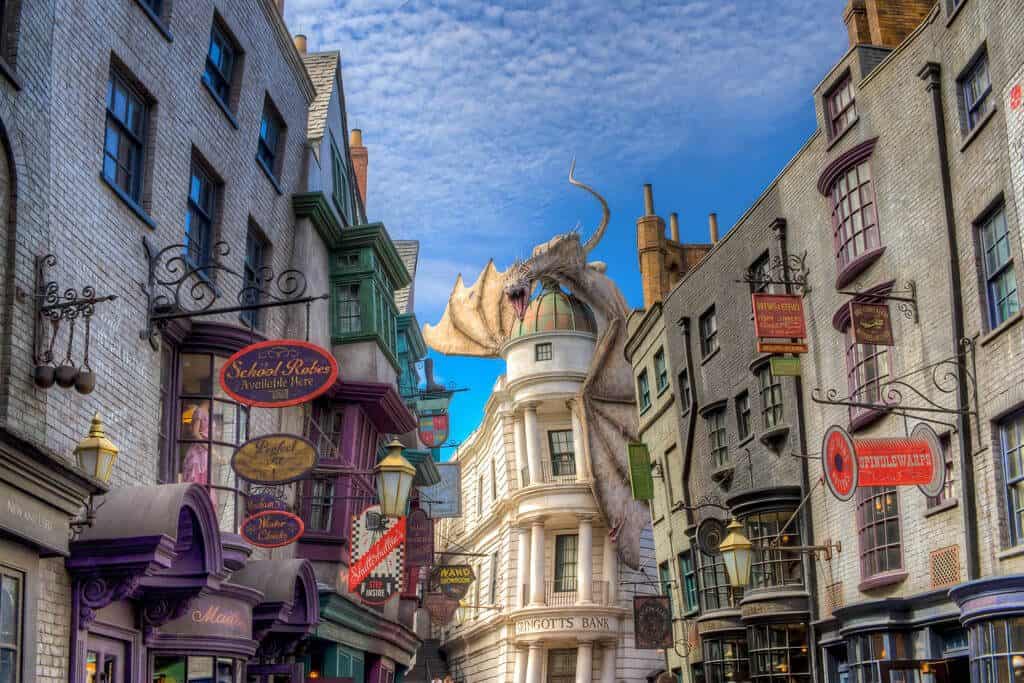 Fans of the series can now go down the streets and see some of the most famous wizarding stores from the series.

You can even find Gringott’s Bank, where goblins are in constant guard of the funds.

6. Some Stores Are Fake 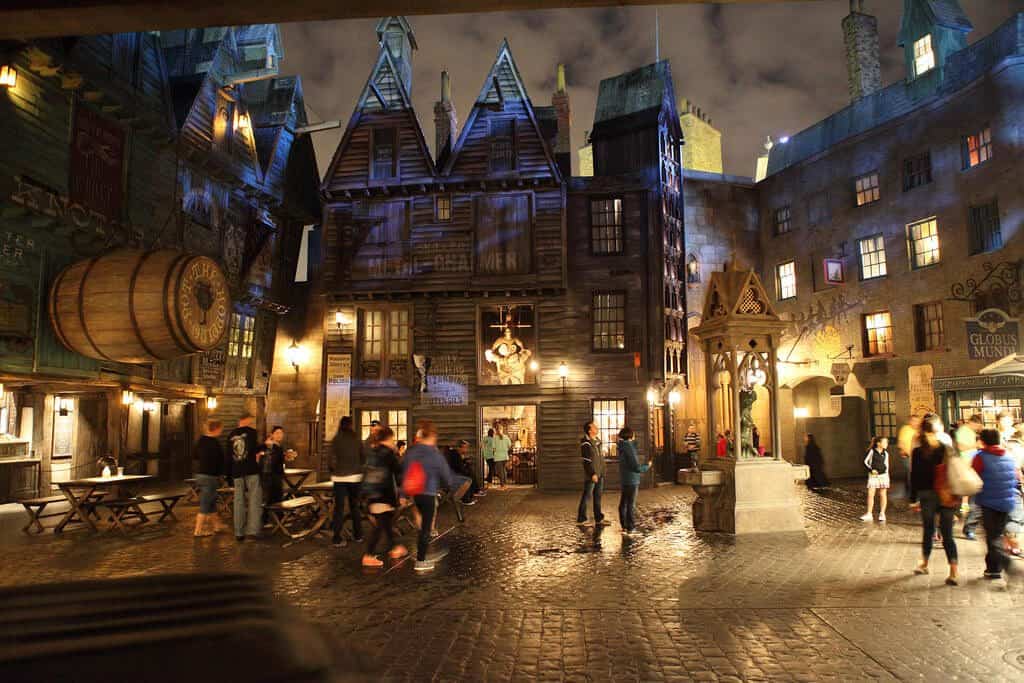 As you may have guessed, many of the stores along Diagon Ally and Hogsmeade just have pretty facades. Guests to the park won’t actually be able to enter most of the stores, but that’s okay.

They’re wonderful exteriors make for a great atmosphere, and …

7. There Are Several Novelty Stores Available

That’s right. Not all the stores are designed to just to look pretty. You can go take a trip into some of the area’s most famous stores to buy famous wizarding goods. 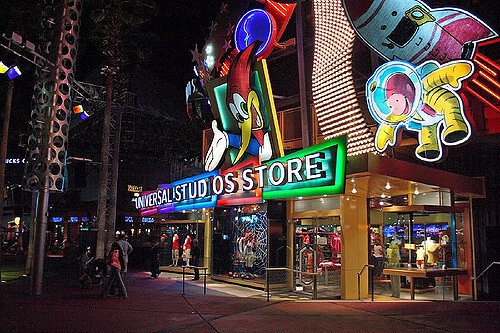 From clothes to wands to every-flavor beans, you can find everything you need to supplement your Harry Potter Collection.

8. You Get Free Live Entertainment

Of course, the staff here at the Wizarding World of Harry Potter is decked out in true wizarding garb. 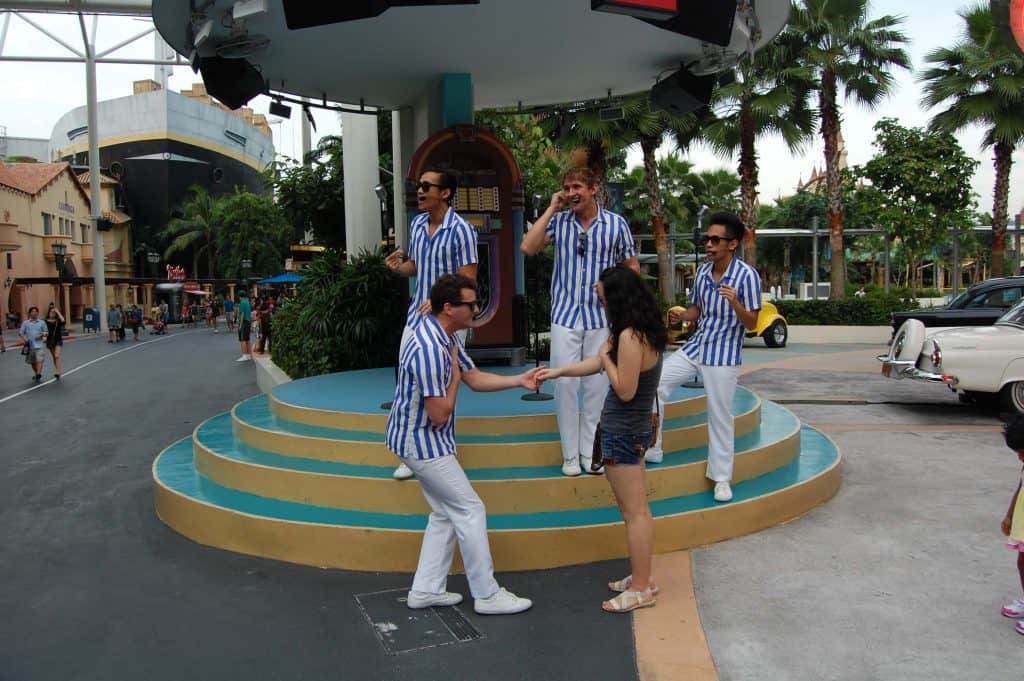 But did you know that they will also serenade you? Universal has staff on hand just to sing to passing crowds and make the experience that much better.

9. You Can Ride the “Harry Potter and the Forbidden Journey” 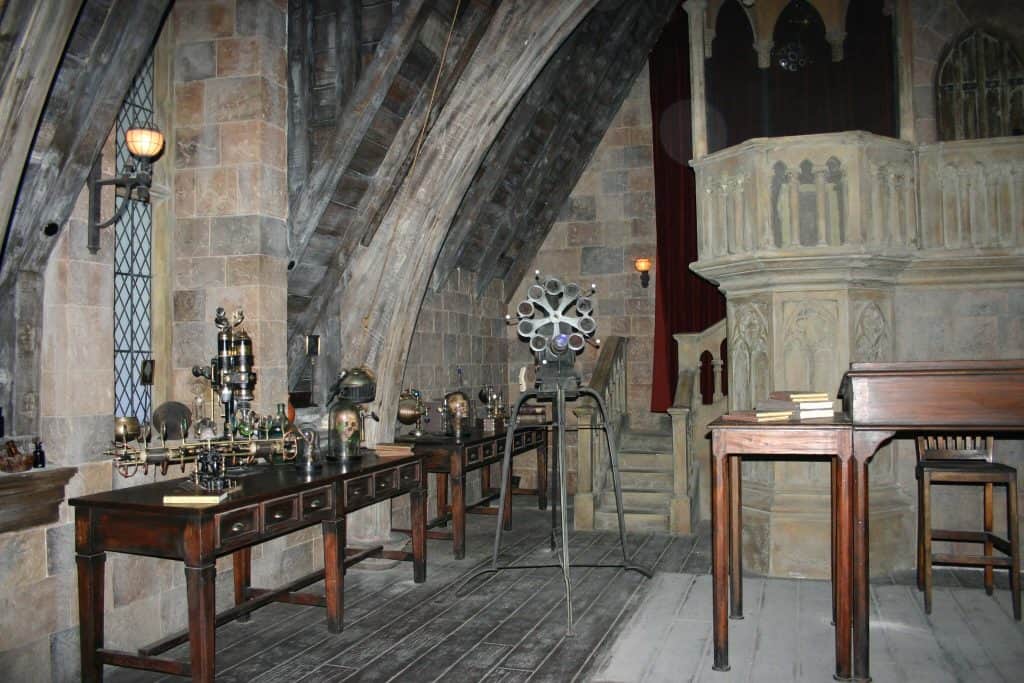 This attraction is arguably the park’s most popular, as it takes you inside and through Hogwarts castle. Along the way, you’ll see several references to the book series for an unforgettable Harry Potter experience.

10. Waiting for the Ride Can Even Be Fun

Unlike other amusement parks where long waits can be terrible, the “Harry Potter and the Forbidden Journey” ride makes things bearable, by having you line up in Hogwarts. Along the way, you’ll see some well-known rooms and people from the series, making for a surprisingly-enjoyable waiting experience. 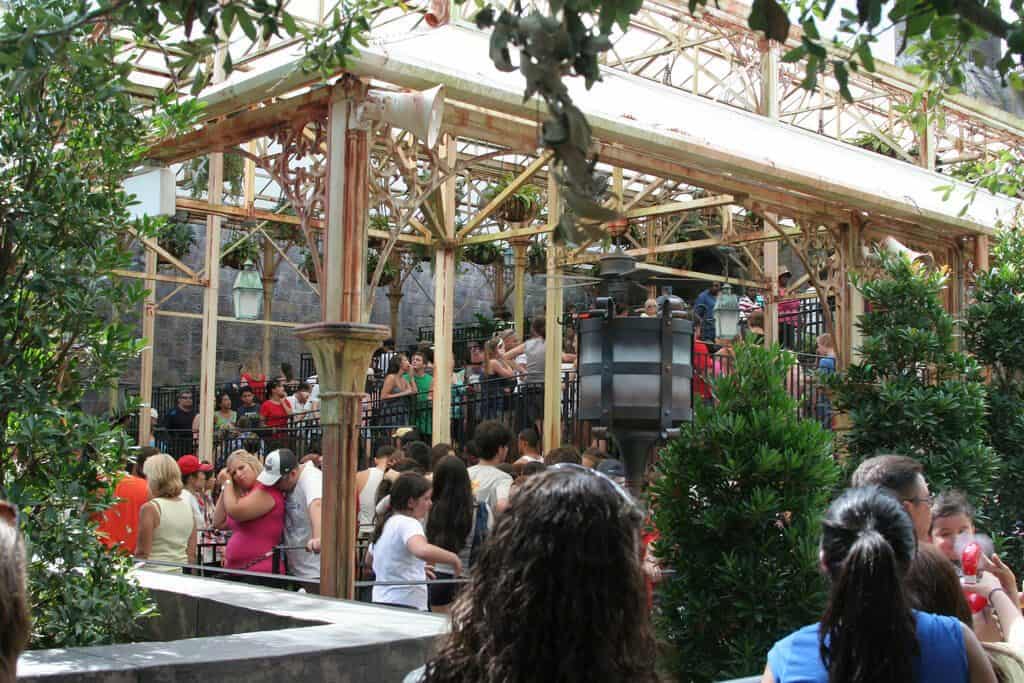 If you haven’t already, it’s time to make plans to see this wonderful Harry Potter-themed park for yourself. Great for you and your whole family, this Universal Studios attraction is one everyone must experience.