Which child, or adult for that matter, doesn’t love to spend time at a zoo? The best modern zoos are places that positively impact on animals and on how humans interact with them. They work for animal conservation, promote wildlife protection, and have well planned breeding programs for endangered species.They also work with public visitors and communities by facilitating informed education programs, and help spread awareness of the importance of animal species diversity and preservation.

As you wander around, you will feel like you are visiting and learning about so many wonderful areas of our planet Earth. Modern zoos are constantly being updated, and animal welfare is a high priority for any successful zoo. Most zoo animals are actually bred in captivity, not removed from their natural wild habitat. Here are some of the best zoos in the world,listed in no order of priority.

The Bronx Zoo was founded in 1899 on over 250 acres of land, so it is one of the oldest functioning zoos in the world. It currently homes over 6,000 species of animals from all over the world. The Bronx zoo also played a huge role breeding North American bison when the population had almost been completely decimated from slaughter and destruction of grazing lands by the early part of the 1900s. 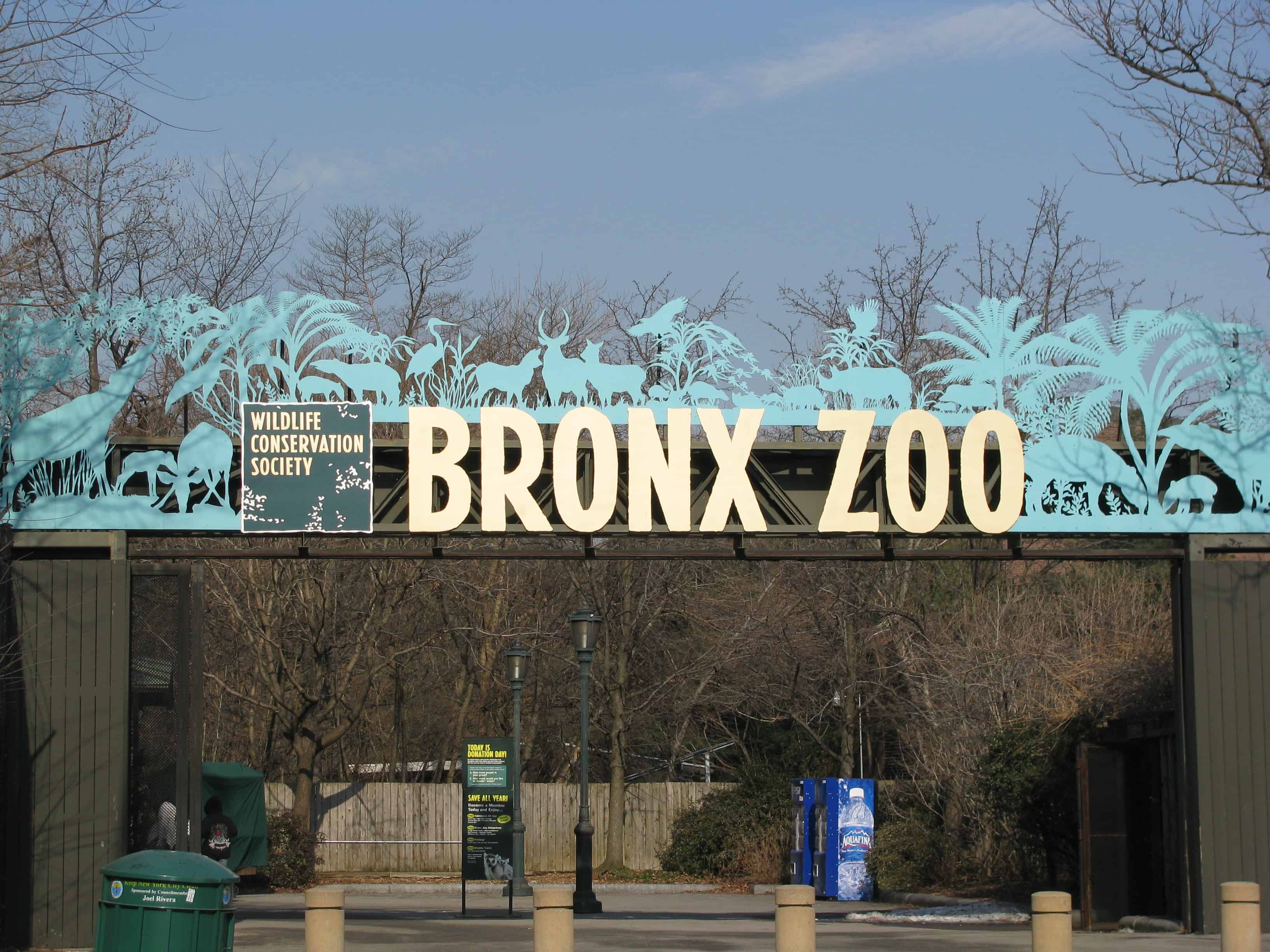 The zoo goes to every effort to ensure that the animals live as naturally a possible with areas like African savannah through to Asian rainforests. The Congo Gorilla Forest is a special display where you can see the gorillas being fed and interacted with on a daily basis.

On Wednesdays and weekends, entrance fees are discounted.

One of the best zoos in the world by any standards, founded in 1916, the San Diego Zoo is located on 100 acres in Balboa Park in the heart of San Diego. It is home to over 800 different species with more than 4,000 individual animals. Further to the rare animal species,part of the complex contains rare plants and special vegetation areas.

You will find apes such as bonobos and gorillas, big cats such as tigers, tall giraffes, cute koalas, and lumbering Galapagos tortoises – something different around every corner. There is also an Arctic habitat for those creatures which prefer to live in the cold such as Polar Bears, as well as an Asian river environment.

There is quite a lot of ground to cover, literally, so you can choose to take a guided tour, hopping off and on as you choose at favorite exhibits. Check out the Elephant Odyssey to learn all about pachyderms. It  traces the species from Woolly Mammoths through to modern day African and Indian Elephants.

The Toronto Zoo is one of the smaller ones when it comes to species varieties, with only 460,but it does have some wonderful and unique exhibits. You can take loping camel ride or touch a friendly stingray in a special tank. They have some very cute baby exhibitions too, such as  Gaur which are Indian bison, Grevy’s zebra, curvy horned Greater Kudu, cheeky playful baby elephants,and pygmy hippopotamuses.

If North American creatures are your ticket, then there are Grizzly bears, raccoons, wood bison, lynx, and cougar cats.

Basel Zoo is also quite small.However, it is one of the most successful when it comes to successful breeding programs for endangered species. It is home to many rare and unusual animals that you do not find in many other zoos. 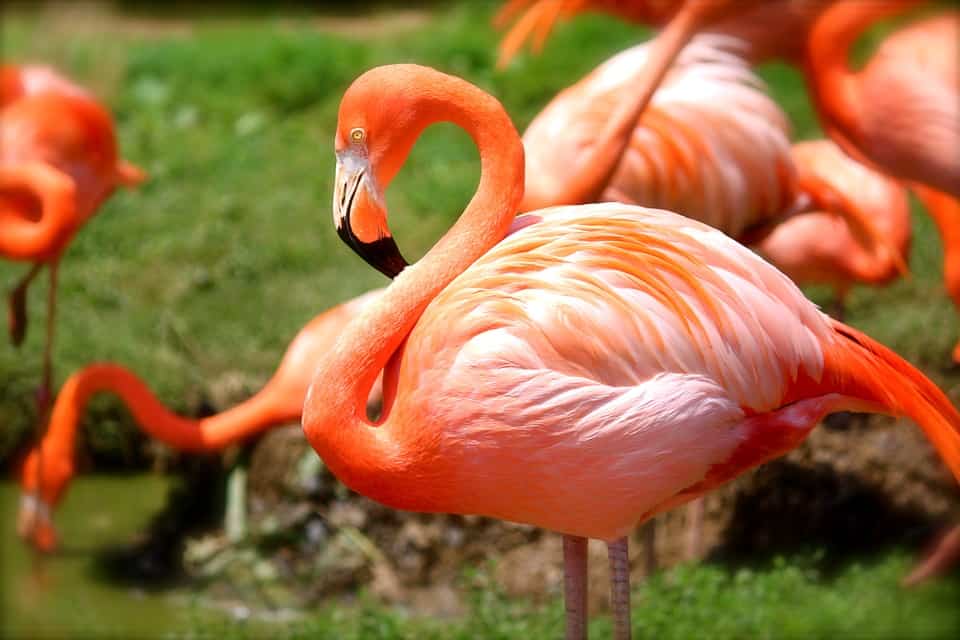 Some of these include snow leopards, cheetahs, pygmy hippos, Indian rhinos, Somali Wild Asses, okapis, and flamingos.  Who doesn’t love a flamingo?

The zoo was initially established from the donations of King Frederick William IV of Prussia in 1844, but it suffered massive damage during World War 2. Only a few animals survived – hyenas, a pair of lions, a few baboons, a chimpanzee, and a single bull elephant. However, now there are more than 17,000 animals from over 1,500 species which live there in naturally styled enclosures. There is even an  Animals of the Bible tour showcasing animals from biblical references. 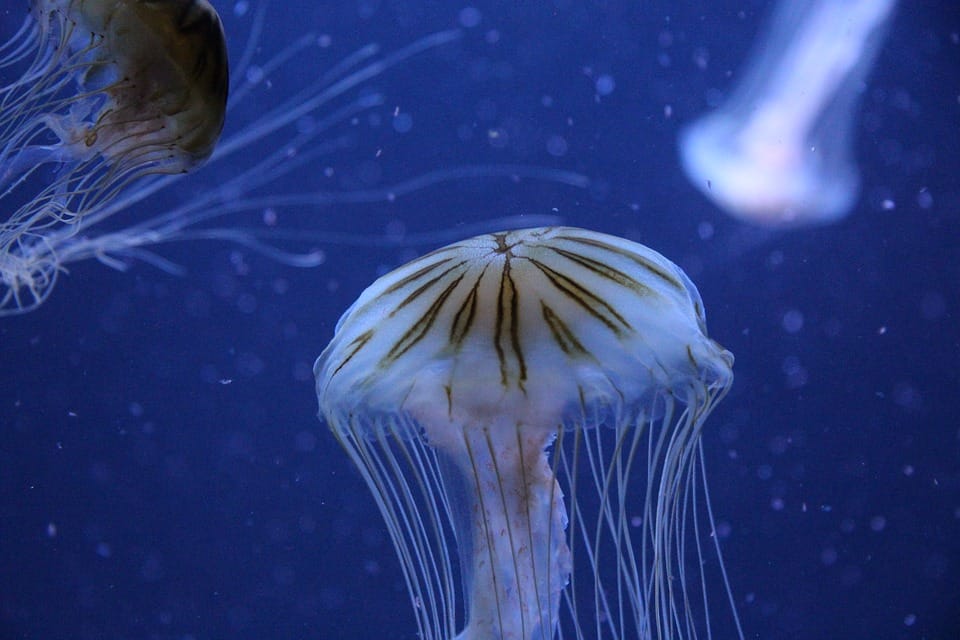 The Berlin Zoo’s aquarium has some interesting aquatic creatures, including sharks and other reef fish in and around a coral reef system. For those with a more morbid curiosity, there are even flesh eating piranhas form the Amazon.

Beijing Zoo was also founded well over a hundred years ago in 1906, and covers an area of about 200 acres, which includes large water features of ponds and lakes of about 13 acres. There are over 450 land species, plus more than 500 aquatic species in the zoo.

More than 6 million people visit the zoo annually, so it is sure to be busy regardless of when you visit. Chinese people love to see their own endemic species, but who wouldn’t when you can see Giant Pandas chewing their favorite bamboo and getting up to their generally playful antics? There are also Chinese alligators, South China tigers, Tibetan Gazelles, Chinese Giant Salamanders, and kiangs for you to see.

The Yokohama Zoo, affectionately called “Zooraisia,” is thoroughly modern, having only been established in 1999. It covers 100 acres of ecologically designed enclosures that incorporate wide open green spaces.

There are relatively few species at 150, so the small numbers of animals have plenty of space to roam in very natural environments. There are different areas such as Oceania grassland, Japanese countryside, Amazon Jungle, African Tropical Rainforest, Asian Tropical Rainforest, and central Asian Highland. Because it is so spacious, you may need binoculars to spot some of the shy inhabitants.

Wellington Zoo is relatively small on just 32 acres in New Zealand’s capital city, but it has some especially endangered native bird species. Prior to human habitation, New Zealand was only home to birds, insects, and some reptiles, including one from dinosaur days called a Tuatara. The exhibitions focus on close intimate interactions with the animals.

Animals exotic to New Zealand include miniature Sun bears and Sumatran tigers.The enclosures are dedicated to being ecologically sustainable with solar heating and power.

Founded by the effervescent Steve Irwin, may he rest in peace,  Australia Zoo has lots of features that are typical of Irwin’s “hands on” style of animal interaction. You will find many creatures indigenous to Australia presented in a very friendly way, regardless of popularly and sometime erroneously perceived dangers. Irwin promoted his belief that all animals have a worthy place in the ecology of our planet. There are koalas, kangaroos, wombats, and numerous snakes. There are also some exotic animals such as  tigers and elephants among the 1000 plus animals in the zoo.

Australia Zoo is very popular, so If you want to make the most of your day, make a reservation prior to arriving to see the animals that interest your family the most.

Not everyone lives in the wild parts of Africa or can afford to go on safari, so the South African National Zoo/Pretoria Zoo brings the animals to you. There are almost 10,000 animals living in the zoo from over 700 species. One of the most popular hangouts is the large watering hole, where many species take turns to drink just like they do in the wild. Check out the rhinoceros, elephants, giraffes, zebras, and hippopotamuses. There are also a number of big cats such as cheetahs and leopards.

These are only 10 of the best zoos, but there are many others throughout the world to visit and explore. Wherever you are, support those zoos doing their best for animal welfare and care of endangered species. Encourage others to develop along these lines if you feel the animals are not well cared for. Planet Earth needs a full range of diverse species to continue to thrive.

2 thoughts on “10 Best Rated Zoos in the World”