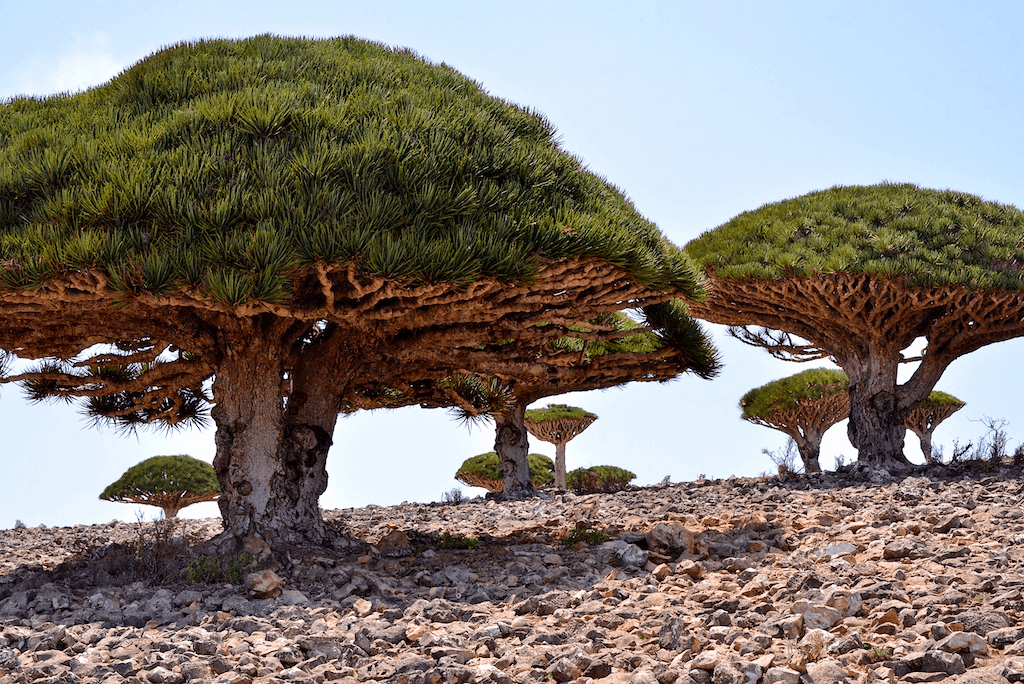 The world is an enormous and inviting place full of famous wonders and landmarks. It’s always interesting then, to stumble across the lesser known and lesser inhabited parts of this Earth, those that seem almost alien in concept.

I’ve been to a few off-the-beaten track locations in my continuous travels over the past seven months, but very few come close to comparing to the 10 places on this list.

Yemen territory Socotra is an island and small archipelago way out in the Indian Ocean, one hundred and fifty miles east of the Horn of Africa. There are around 45,000 inhabitants who call the island home, but the most significant feature for the remote land is that due to its distance from any other land mass, over one-third of its flora can only be found here. This makes it one of the most unique and spectacular spots for horticulture lovers.

Unfortunately, it’ll be a while before those who don’t already reside here can visit, as the Yemeni government has restricted access to visitors due to regional instability and potential terrorist threats. 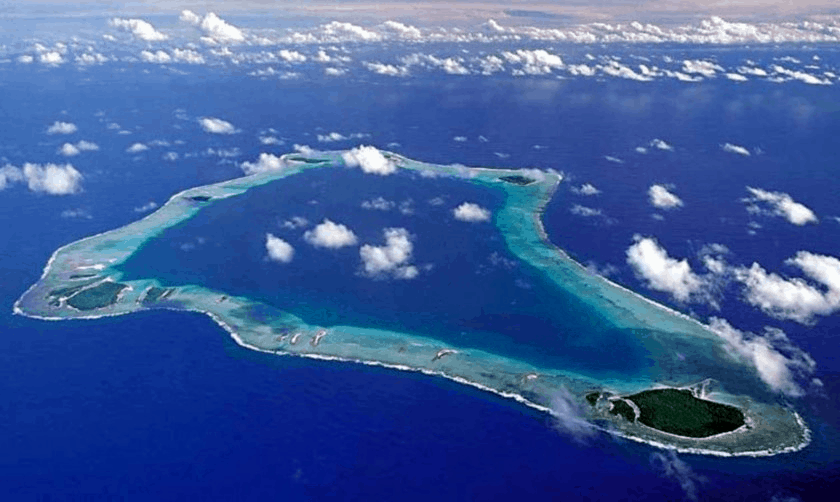 Onto the Cook Islands, where the seemingly picture perfect paradise of Palmerston is located, but this stunning locale has a rather interesting back story thanks to a certain William Marsters. Marsters left his home in England along with his spouse and two children to settle up with a trio of Polynesian women on this textbook paradise island in 1863. Another reason for his settlement here could have been the fact that the coral reef which encircles the island is a rather dangerous one for the ships that have attempted to make it to its shores, with many being destroyed by its defensive barrier.

Marsters, his wife, and his three exotic partners proceeded to populate the island entirely by themselves. Now, there are thousands of direct descendants of Mr. Marsters, including every single one of the sixty inhabitants of the island who have decided to stay.

3. North Sentinel Island, Bay of Bengal in the Indian Ocean

The Indian claimed island of North Sentinel is merely 22 miles from civilization, yet in reality is centuries away from it. The Sentinelese are the indigenous stone-age population which call the island home, and due to their hostility towards visitors of any form, official numbers are utter guesswork. The latest speculation on numbers is between fifty to four hundred occupants, which is quite a large gap.

Considered some of the last people truly untouched by civilization on Earth, the Indian government has officially declared the island and surrounding waters as a protected exclusion zone, making it illegal for anyone to try and visit. This is both for the safety of the indigenous population who have very limited immunity from potential diseases carried by those not native to the island, and visitors themselves, since the islanders killed two fisherman who illegally approached the island’s territory in 2006. This island is currently known as the world’s most dangerous island as well as the hardest place to visit in the world. 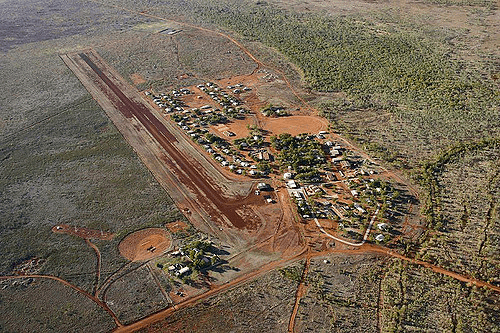 Over to the depths of the Australian Outback and Lajamanu, a location with a checkered history, but a very interesting present.

The home of around 700 people and over 340 miles from any sort of shopping center, this remote part of a vast desert setting was formed by the Australian government in 1948 to resettle citizens away from areas which were quickly becoming overcrowded. However, this was not done with consent nor compensation, and Aboriginal communities were forced to make a new life in this remote and hostile location.

Interestingly, linguists have noted that today, the younger generations have merged their known languages of Warlpiri Rampaku with English and some other known languages to form a completely new language of their own.

Survivalist living is at the heart of this community in the mostly sub-zero Siberian village of Bakhtia. 300 residents call this community home, and with no running water, telephone lines, or even healthcare access it’d be a tough sell to say the least for most to consider living here. Dogs are still a tool as well as a family member, helping with hunts, and fishing, self-grown root vegetables, and trapping are a huge part of survival here.

For some, this might sound like the adventure weekend of a lifetime, but for these people this is everyday life. 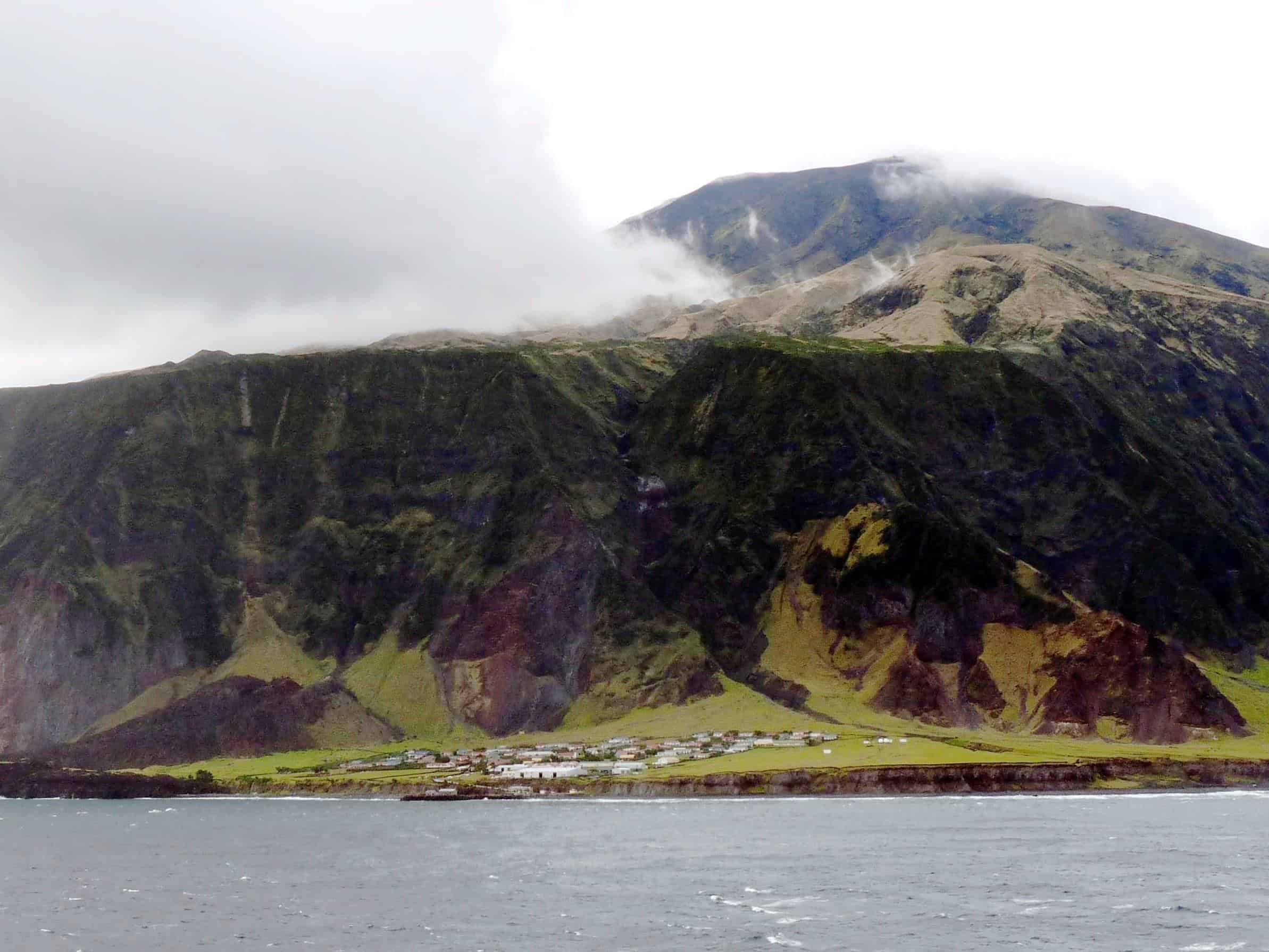 The World’s remotest inhabited island is Tristan De Cunha, a British Overseas Territory. There are no air strips on the island, and the only mode of transport to get from the land mass to the rest of civilization is to take a boat. The closest city is Cape Town, over 1,750 miles away, and the commute takes a whole week, one way.

All of its 270 inhabitants are farmers, and there’s a quaint policy that all of the land is communal, that everyone does their fair share of work, but also that everyone shares the profit from the land. It’s also situated on a plot that would be rather off-putting for the average person, with twenty days of rainfall per month and home to an active volcano which erupted as recently as 1961, but the locals still enjoy their home in the middle of nowhere. 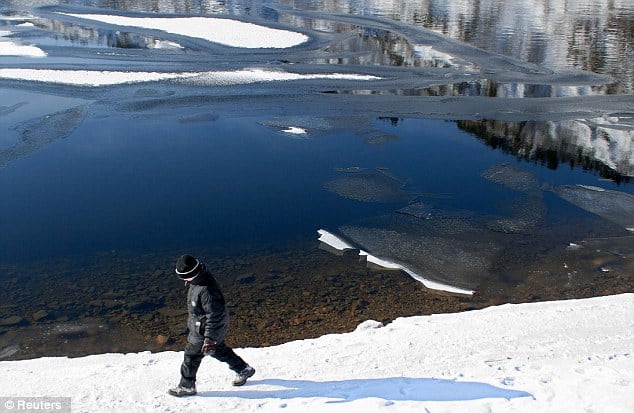 Another entry from Siberia is the collection of villages surrounding Krasnoyarsk, a major city in the region. The area’s climate is sizzling in summer and desperately cold during the winter months, offering a full spectrum of Planet Earth’s seasonal capabilities.

Despite the size of Krasnoyarsk, the surrounding remote villages are home to merely a handful of people each, sometimes just one lonely occupier making up an entire village like the villages of Kasovo, Novy Lokatui, and Lokatui. In 2013, a couple of strange patterns were noticed. The first is that the overwhelming majority of inhabitants of the villages are males – specifically, 23 of the villages had no female residents. The other phenomenon is that the villagers live to incredibly old age, with over seventy residents to the region currently over 100 years old. 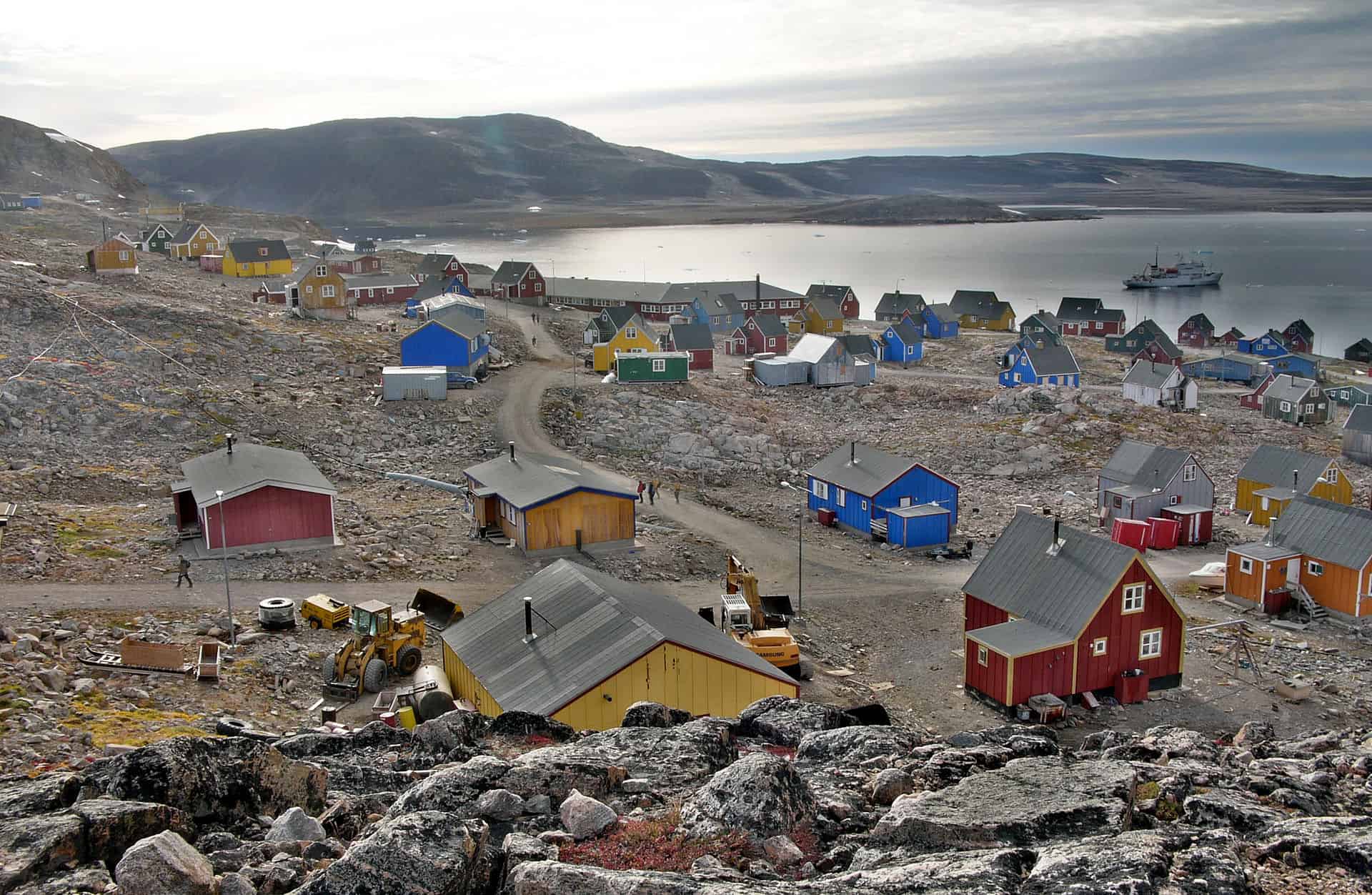 The remotest town in what is already pretty remote Greenland is Ittoqqortoormiit. Its difficulty to pronounce is matched only by its difficulty to be reached, with the town being situated deep in the world’s largest fjord system where for nine months of the year it is completely shut off from the rest of the civilized world.

Although, with some of the world’s most breathtaking natural sightings, the other three months are now open for business for tourists as well as locals. With the hottest of all Earth’s hot springs at over 1,148 degrees Fahrenheit (620 Celsius), the world’s largest National Park, and Gunnbjorn, the tallest Arctic mountain all on offer to those adventurous enough to brave the conditions. 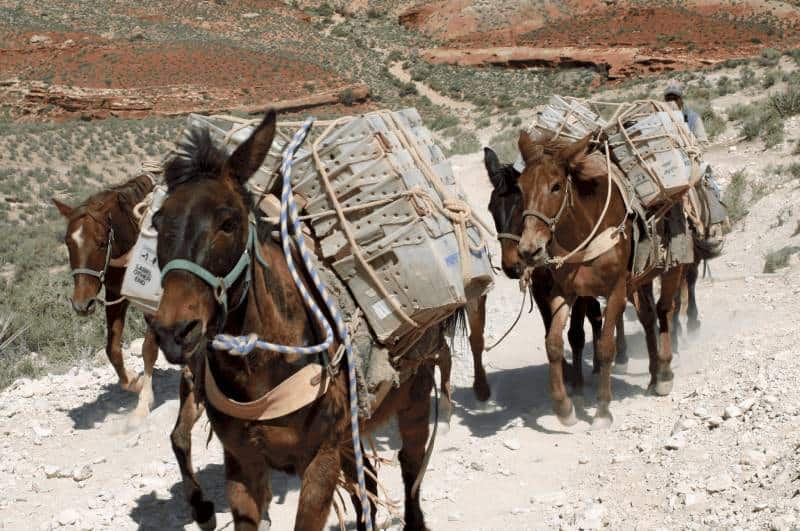 Who’d have thought the U.S.A would throw up a shock in the form of a remote and probably unheard of destination? Well, how about within the Grand Canyon National Park in Arizona?

After an eight mile hike through the canyon, there sits the settlement of Supai, home to Native American Havasupai people. The name means people of the blue-green waters, which is fitting due to the village’s encirclement from waterfalls, creeks, rivers, and pools. Although not untouched, with accommodation and even a restaurant available in the small town, it’s definitely a throw-back, as exemplified by the last remaining mail mule train, which still services the area. 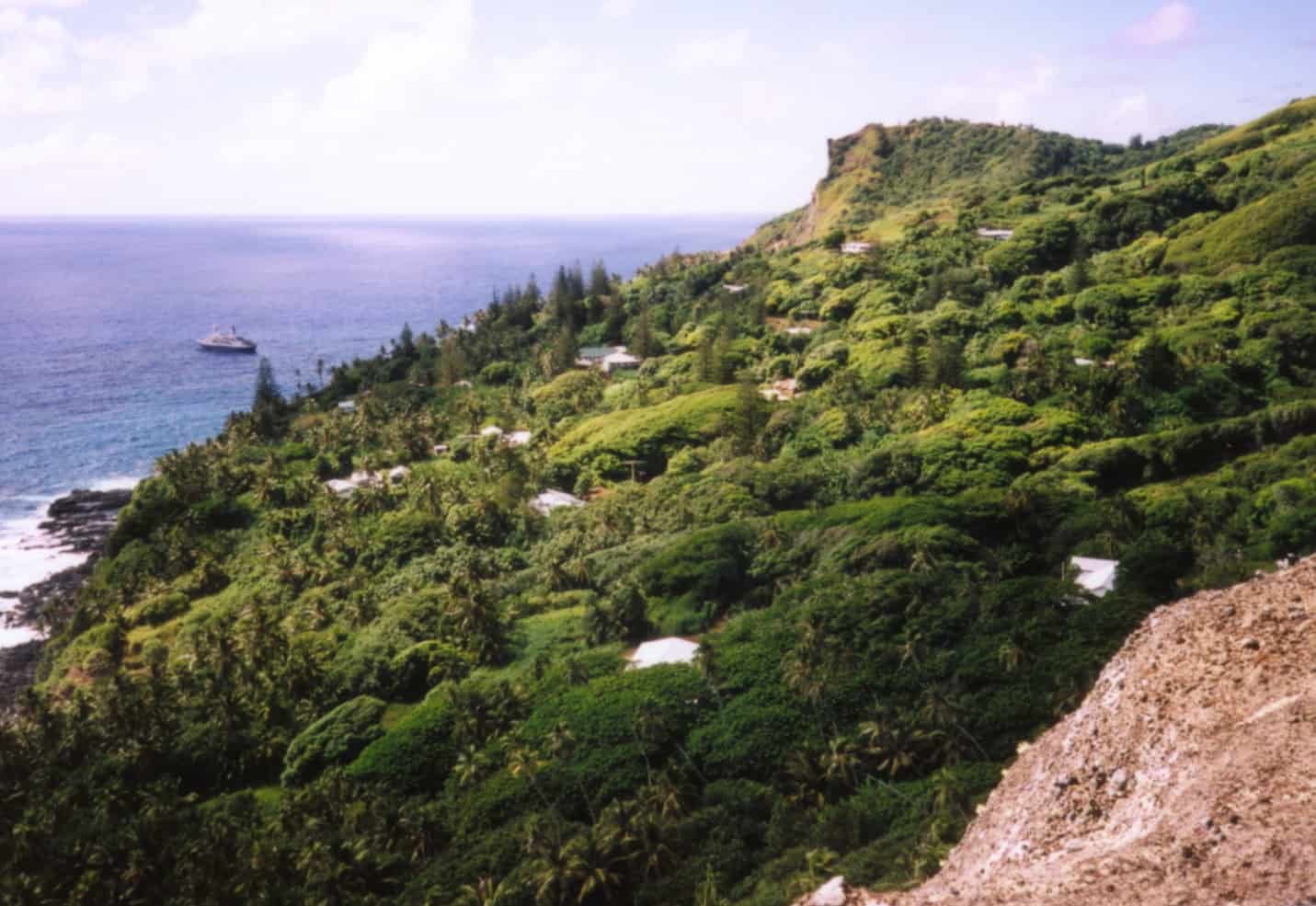 Pitcairn Island is a British Overseas Territory in the South Pacific which was settled by a crew of British mutineers and 18 Tahitian settlers in the late 18th Century. In order to keep their newly discovered island a secret from others, the crew stripped their ship, the HMS Bounty, and set it alight. Some 24 years later, the island was rediscovered by two British ships whose crews soon learned of the mutineers, their Polynesian companions, and the fate of the HMS Bounty.

Today, Pitcairn is home to 50 inhabitants, all descendants of the mutineers and Tahitian settlers, with its own traditions and holidays, and pastimes such as gardening and diving.

As if there weren’t enough bucket list locations already in the world, here’s quite a few more to add – those that are possible to visit, at least.