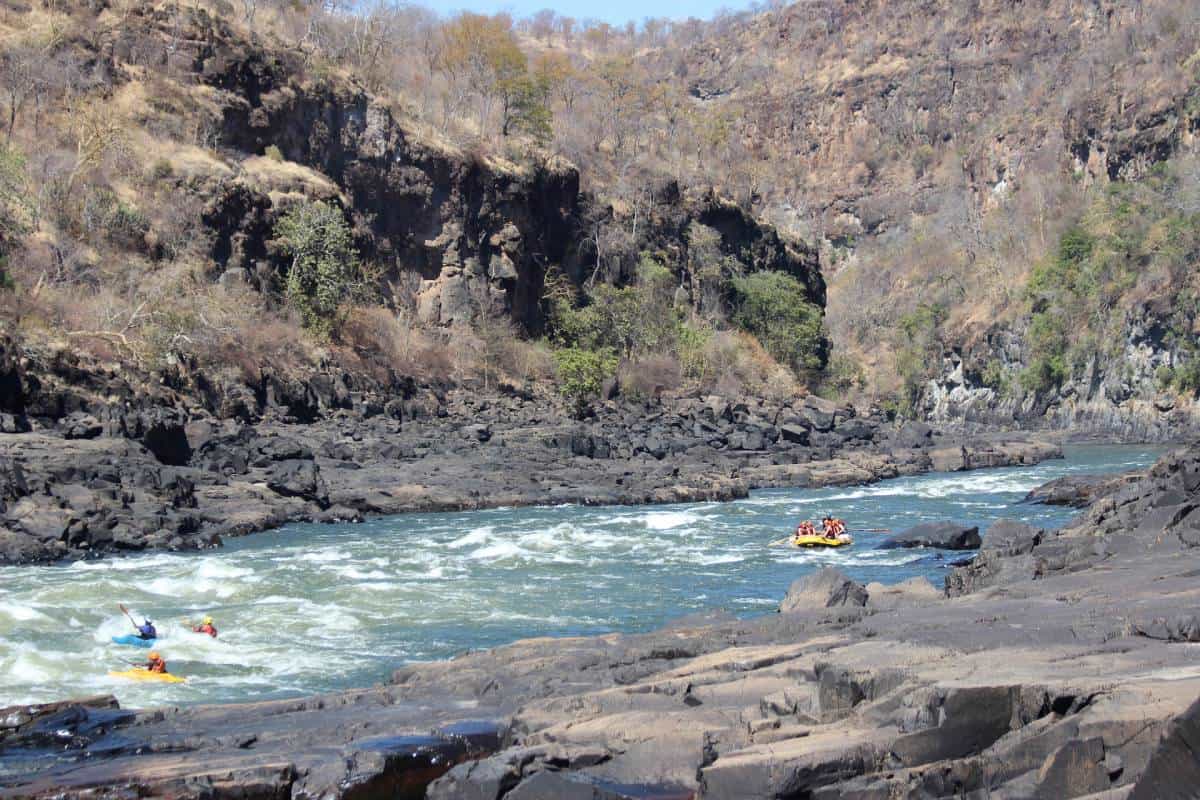 There are many rivers flowing through Africa, and while one of them happens to be one of the longest in the world, there are quite a few other long rivers in Africa.  Many of these rivers in Africa flow into different bodies of water, but that doesn’t mean that one or two of them are any better than all the rest.

The Nile River also happens to be the longest river in the world, so it is one of the African rivers that is known by everyone all over the globe.  African’s longest river is formed from water that comes from the White Nile River, the Blue Nile River, and the Atbara River. While there are many different species of fish in this river, many people are also interested in seeing the crocodiles, rhinos, and hippos that live near the Nile.

The Congo River is sometimes considered the largest river in Africa, because the depth in some areas reaches seven hundred and twenty feet.  This river is also the second largest river in the world, due to the massive amount of water that is discharged each and every day.

This second longest river in Africa gets water from the mountains within the East African Rift, as well as both Lake Mweru and Lake Tanganyika.

The Congo River flows directly through the Congo rainforest, hence its name, and it is considered the largest potential source for hydroelectric power on the continent.

This river in Africa is the main draw for many tourists, although it is also the trees and animals that live nearby that bring people in by the thousands.  Travelers can expect to see many different types of trees, as well as pygmy hippos, reptiles, and thousands of different birds and butterflies.

Those who are always wondering, “What is the third longest river in Africa?”, the answer is going to be the Niger River.  The third largest river in Africa reaches lengths of two thousand six hundred eleven miles and it is one of the main rivers for the western part of the country.

Most of the water in this river comes from the Benue River and it is common for this river to flood every single year. The flooding begins in September and the peak height normally hits sometime in November.

The mangroves around this river are quite popular and they are the homes for many of the wildlife that lives nearby.  Many people love fishing in this river, because they can find everything from carp and catfish to Nile perch, but it is the crocodiles and hippos that really capture a person’s attention.

One of the longest rivers in Africa is the Zambezi River and it is the river in Africa that puts the most water into the Indian Ocean.  There are multiple waterfalls along this African river and many of them, like Victoria Falls, are popular when it comes to sightseeing. Many people use parts of the river for swimming and other activities like surfing and wave boarding. 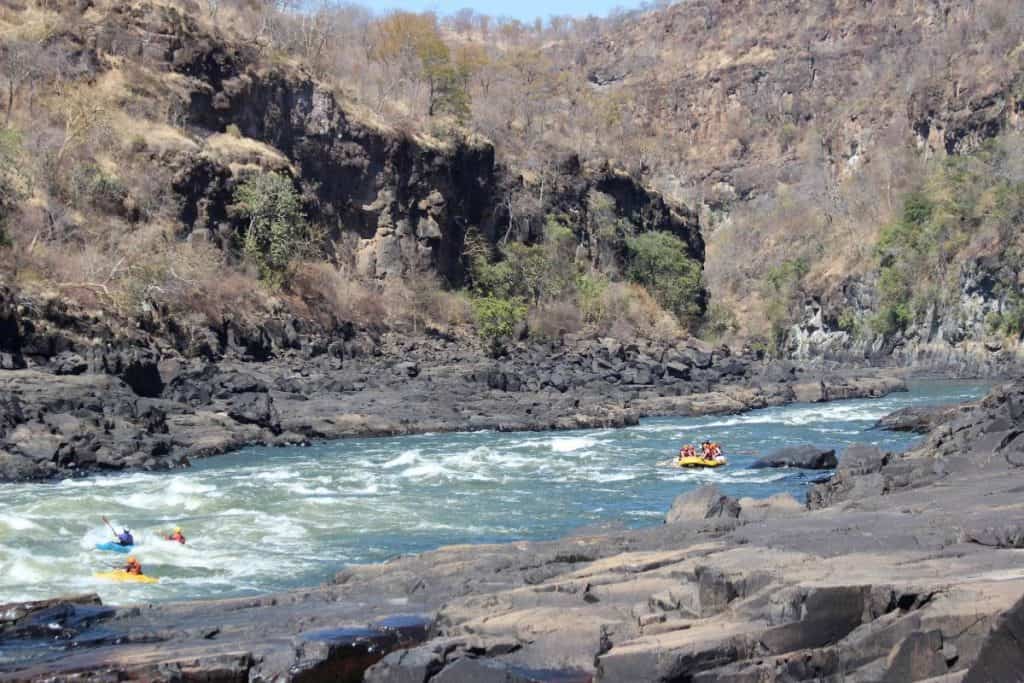 While there is a mangrove swamp near this river, most of the banks are covered in Savanna grasslands.  This long river in Africa flows through the Zambezi National Park and the entire area has an abundance of hippos, crocodiles, buffalo, zebra, elephants, and giraffes.  There are many birds in this part of Africa as well and many people never know when they might spot a pelican, egret, heron, or an African fish eagle.

Another long river in Africa is the Ubangi River and it is one thousand four hundred and ten miles in length.  This river begins where the Bomu and Uele Rivers meet and then it flows to the west and south of the continent.  Most of the water from this African river goes directly into the Congo River.

The size of this river helps form the boundary between both the Republic of Congo and the Democratic Republic of Congo.  The banks are perfect for agricultural needs, due to the fertile soil that is everywhere. The locals love fishing on this river since the fish are plentiful, but it is also because the trees turn this area into an oasis.

There are many birds living around this river, but it is also possible to see lizards and crocodiles if a person spends enough time there.

The Kasai River is one thousand three hundred thirty-eight miles long, which makes it the sixth longest river in Africa.  This river creates a border between the Democratic Republic of Congo and Angola. The water that enters this river in Africa comes from the Sankuru, Kwango, and Fimi Rivers.

The entire length of the Kasai River cannot be navigated, but people can get through a good portion of it above the section where the mouth is.  While crocodiles can be seen almost anywhere, it is the water snakes and semiaquatic tortoises that intrigue people the most.

The Orange River may not be the longest river in Africa, but it is considered the longest river within South Africa.  This river flows to the west all the way to the Atlantic Ocean. Over in the Drakensberg Mountains, which is in Lesotho, this river is known as the Senqu.

There are plenty of fish in this river in Africa though, so those who do spend their time near it can catch their dinner any time that they wish.  The best part about Orange River is that very few crocodiles live there, so no one needs to worry about having their time ruined by being in the wrong place at the wrong time.

This African river is one thousand one hundred eighteen miles long and it can be found in southeast Africa.  The Limpopo River flows all the way to the Indian Ocean and most of the water comes from the Crocodile and Marico Rivers.

Fishing is one of the best activities on Limpopo River and the area that can be navigated the best is often used for white water rafting, canoeing, and boating.

The shoreline is usually quite muddy, due to the mangroves that surround this river in Africa.  The Limpopo River flows directly through Kruger National Park, which is known as one of the few large gaming reserves on the continent.

This is where everyone is guaranteed to see the Big Five, which are buffalo, rhino, lions, elephants, and leopards. People may also see hippos, and of course, many different species of birds.

At one thousand twenty miles, the Senegal River is one of the longest rivers in Africa.  Once the water from the Faleme, Karakoro, and Gorgoi Rivers enters it, the Senegal River flows to the northwest.  The soil is quite fertile on the banks and the water is plentiful when it comes to being used as irrigation for any nearby plantations. 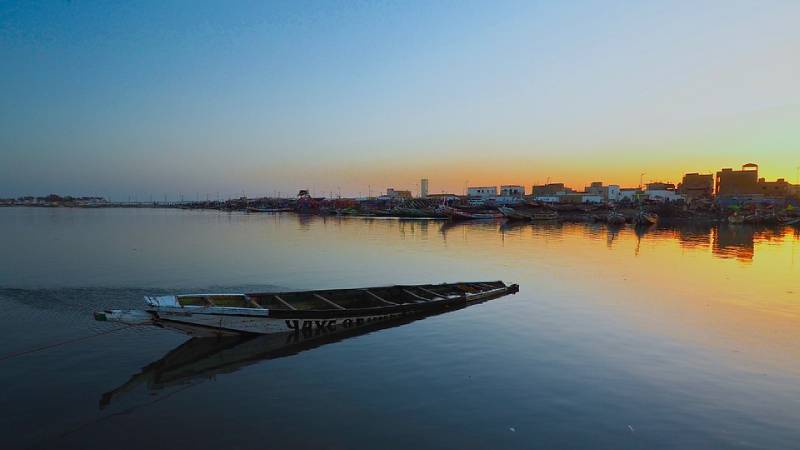 This river in Africa flows directly through the Niokolo Koba National Park, which happens to be the oldest national park within Senegal.  There are more than one hundred different species of fish in this river and while people can see numerous birds, it is the Cinderella shrew birds that are the most popular.

The Lualaba River is just over one thousand one hundred and eighteen miles in length, and it is the river that supplies most of the water to the Congo River.  This African river falls as it makes its way to the Congo, creating waterfalls and rapids as the water flows along. 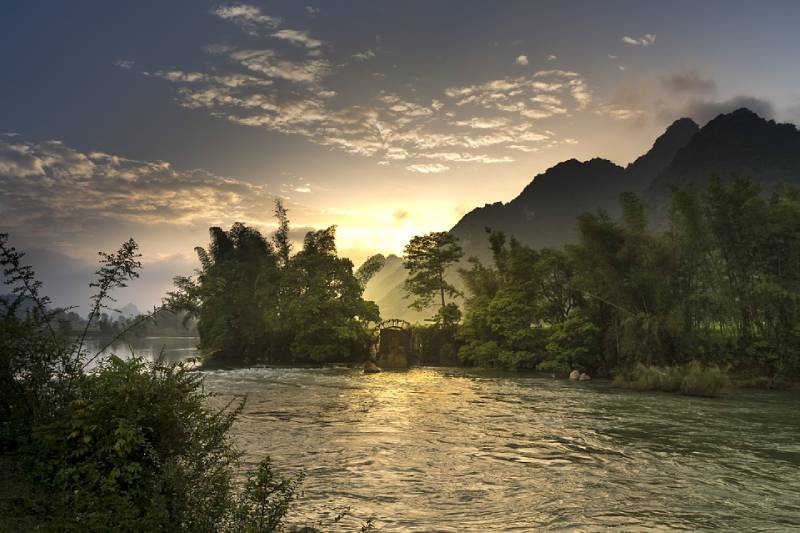 This river in Africa flows through the Upemba National Park and more than eighteen hundred different animal species live along the shorelines and inside the park.

These are the ten longest rivers in Africa and each one offers a unique perspective on the wildlife and natural surroundings of the areas that they are in.  While seeing one may seem like enough to some people, most travelers will find that seeing them all will offer a better chance of truly experiencing the best that Africa has to offer.