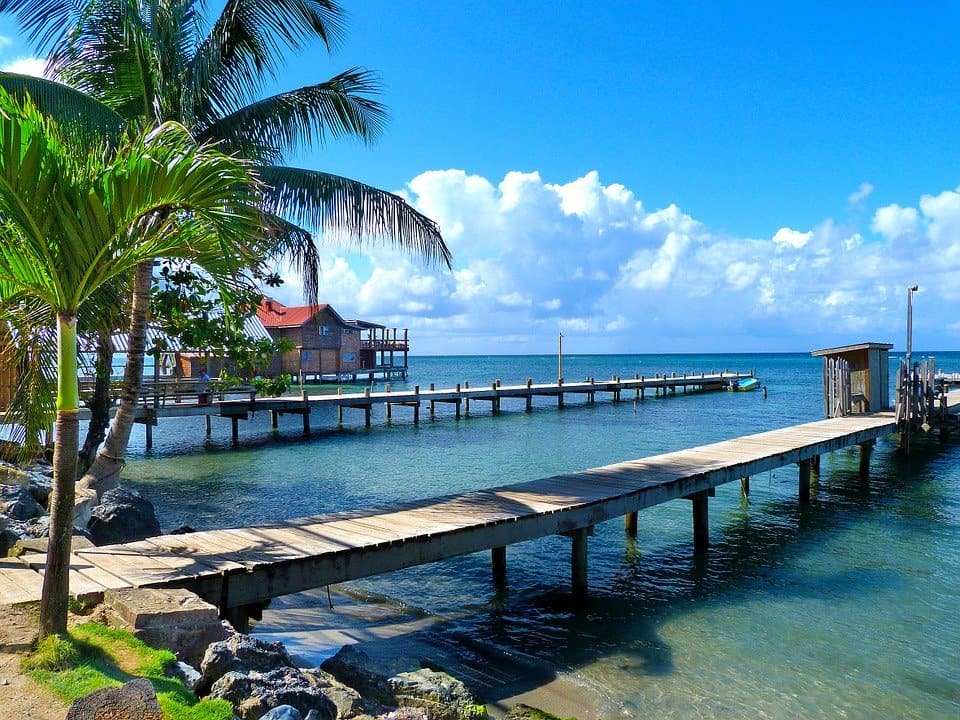 Bordered by the Caribbean Sea and the North Pacific Ocean, Honduras, a Central American country, offers the perfect tropical backdrop for your next vacation. If you’re looking for somewhere to go with kids, you don’t want to miss out on a trip to this Caribbean jewel. Famed for its golden beaches, stretching blue waters, unbeatable snorkeling, and more, Honduras has a lot to offer you and your family this vacation season.

In this guide, we’ll take a look at some general travel information, including Honduras vacation safety information you’ll want to keep in mind. What’s more, we’ll examine the top ten reasons to visit this incredible nation with your kids!

Let’s start with an overview. Where is Honduras, exactly, and what can you expect there? We’ll answer these questions and more in this section! Before we start, it’s important to distinguish Honduras from British Honduras, a former British overseas colony that now exists in the state of Belize. Knowing this, let’s examine some important information you’ll want to keep in mind for your trip:

With 9.265 million people based on 2017 estimates, Honduras boasts a thriving population. This population is spread across a number of islands, including the main Bay Islands located in the Caribbean Sea and the Swan Islands of the Pacific Ocean. Taking a look at a map of Honduras, we can see the country connects to Guatemala and Nicaragua to the north and south, respectively, with a spattering of islands on either side of the mainland.

How to get to Honduras

The capital city of Honduras is Tegucigalpa and one of the most popular international airports in the country, Toncontin Airport is located here. Honduras is generally mountainous and this airport sits close to the mountains making it a really difficult airport to land in. Infact, Toncontin airport ranks the second most extreme airport in the world to fly into since the approach to the airport is difficult, especially when the weather is bad. The airport also has a shorter than usual runway compared to other international airports around the world and is at an elevation of about 3300 ft making it rather difficult to navigate. Other ways of arriving in Honduras depending on where you’re traveling form include trains, cars, buses, and boat. There are also three other international airports in the country located at San Pedro Sula, Roatán, and La Ceiba if you don’t want the thrill of landing in Toncontin Airport. Roatán is the easiest airport to fly into if you’re visiting the Bay island. On arrival into any international airport, you’ll be expected to pay a tax of approximately $35 in USD or Honduran Lempiras, cash only!

Spanish is the official language of Honduras and the dominant language in over 90% of Honduran households.

The official currency of Honduras is the Honduran lempira, which exchanges with the US dollar at a rate of 1 lempira for .040 US dollars.

According to recent estimates, Honduras has the highest murder rate and rate of sexual assault of any nation in the world. This is an alarming statistic, particularly for family vacationers. Still, the data shows that the Bay Islands are relatively safe to travel, even for families. For this reason, trips to Honduras can be fun, exciting, and—most importantly—safe by exercising necessary travel precautions.

On a related note, keep in mind that USA-Honduras relations remain positive, with most Hondurans having a favorable view of American citizens. Still, you’ll want to avoid pick-pocketers when traveling crowded areas in the Honduran mainland.

If you’re planning on going, you’ll want to know the best season for travel. Typically, this occurs during the dry spell from December , January, February, March, and April, where it’s warm (but not overbearingly hot) and comparatively dry. Going at other times put you at risk of incredible heat, humidity, and even hurricanes.

10 Reasons to visit with Your Kids

With this out of the way, let’s now turn our attention to ten of the best reasons to visit Honduras with your kids! As you’ll soon find out, you can have a lot of safe family fun by traveling the right parts of the country!

The largest of the Bay Islands, Roatan Bay is located just 65 kilometers from the Honduran mainland. Despite the close proximity, it maintains a relatively safe atmosphere and some of the best Caribbean fun you’ll ever see. The island is home to incredible beaches and has become a local favorite for diving and other underwater activities.

Copan Ruinas was once home to the capital city of the Maya civilization from the 5th to 9th centuries AD. The ruins, which are located in Copan, showcase well-preserved architecture from the period, including hieroglyphic staircases that draw in tourists from all around the world. Sculptures and temples still dot the Copan landscape, reminders of the area’s indigenous past.

A museum is also present in the city so that you and your family can learn more about the history and traditions of the region. Without a doubt, a trip to this unique cultural landmark is a great way to take your vacation in Honduras to the next level.

West Bay Beach is the best location for snorkeling in Honduras. Located in Roatan, the beach is a hotspot of watersport activity, with tourists flocking in from around the world to take part in unrivaled snorkeling, diving, scuba diving, and more. The beach itself is a snapshot of the Caribbean, with dancing palm trees, golden sand, and waters so blue you’ll have to blink to make sure they’re real.

Dare to do something a bit different with the kids? Take a trip to La Tigra National Park. The park consists of miles of hiking trails, hanging bridges, cables, and platforms that traverse through beautiful fauna and wildlife habitats that are home to a wide variety of species, including those that are endangered.

Got money to spare? Spend some time at this private resort. Little French Key offers water horseback riding and other incredible amenities for those who are looking to take their Honduras beach vacation to the next level.

Pico Bonito National Park is the largest national park in Honduras and also the most diverse. The park spans from just 60 feet above sea level to an incredible 8,000 in the air.

Travel through the rainforest and see the unbelievable biodiversity it has to offer!

Without a doubt, Cayos Cochinos is one of the top things to see in Honduras. A UNESCO World Heritage Site, the area consists of two Bay Islands and 13 smaller coves. Technically, the islands are a part of Roatan, but you can spend an entire day just enjoying the Cayos Cochinos before you even reach the municipality’s main shores.

From traditional foods such as chilaquiles and tajada to out-of-this-world seafood offered by the beach, you can get just about anything to satisfy your palette in Honduras.

If you’re still on the fence about whether to go, just take a look at the delicious food served in the country (and be ready to pack your bags!).

While the Honduran mainland isn’t exactly known for safety, Tegucigalpa is a notable exception. The capital of Honduras, the city combines the best in classical Spanish architecture with modern Caribbean fun. Take in the beautiful sites and Honduras weather in a city that truly has it all.

While approximately 90% of Hondurans belong to the Mestizo race, there are a number of other ethnicities and cultures that make the nation one of the most exciting in the Caribbean. 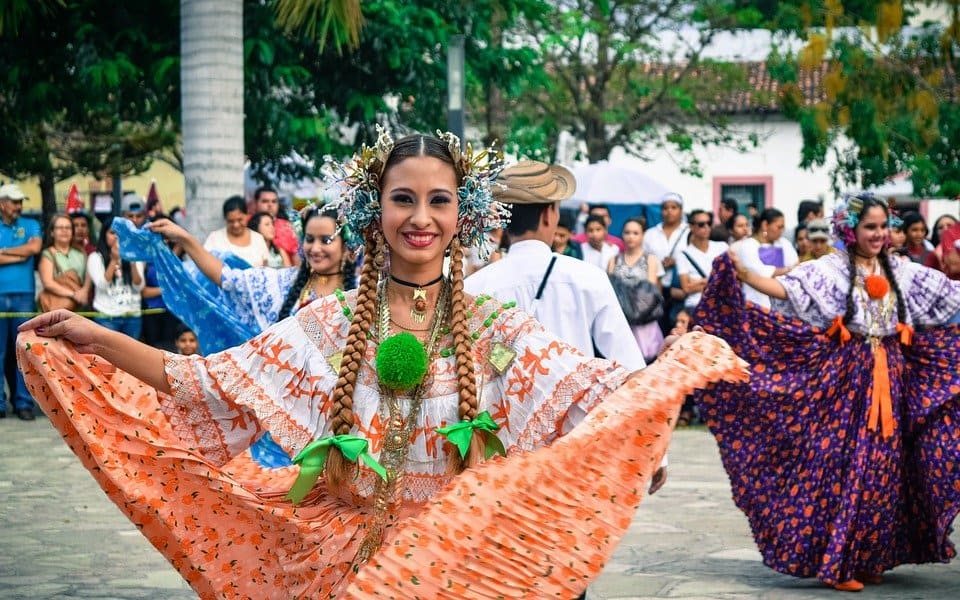 The Garifuna, a mixed African and indigenous people, are one of the most well-known minorities, with interesting customs, traditions, language, and food

If you’re itching for that family vacation, it’s time to plan your trip to Honduras! In this guide, we went over some of the best places to visit in Honduras, as well as touched on some important information you need to know before going. Enjoy Honduras!