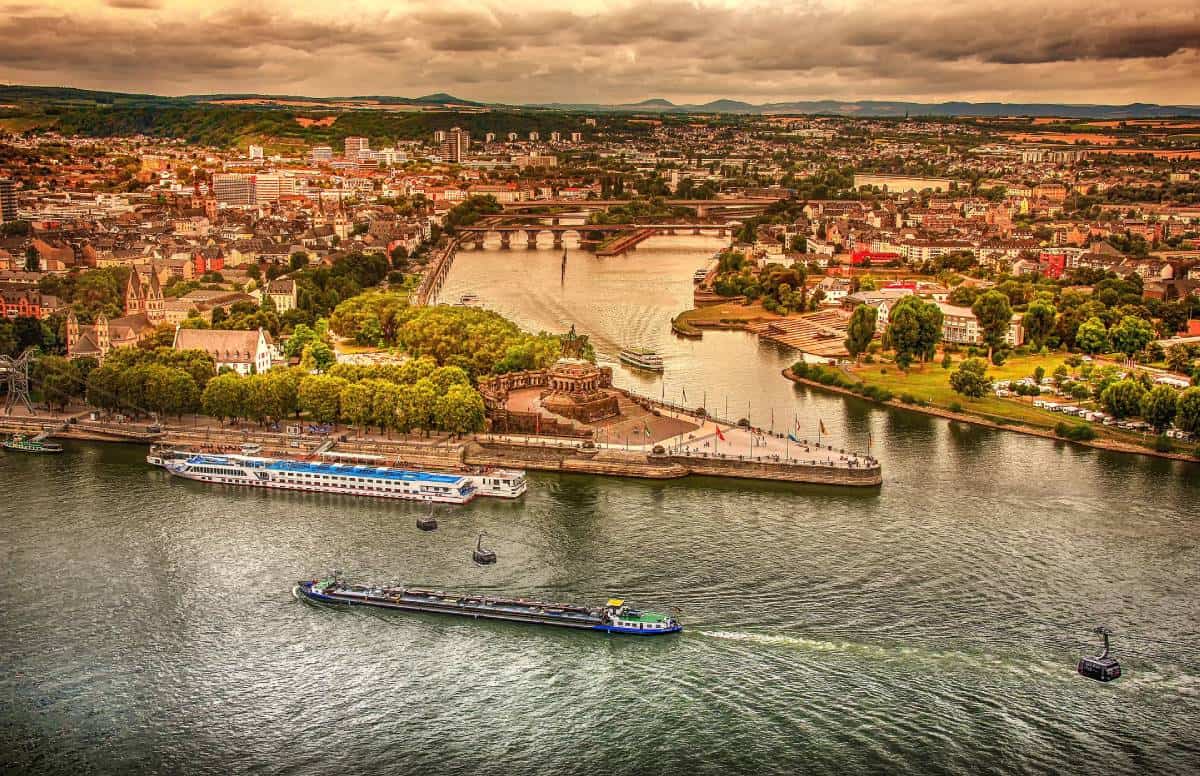 Europe is a continent with an abundance of rivers. From Iceland in the West to Russia in the East, one can find a plethora of rivers, flowing away across the landscape. One of the most important of these rivers is the Rhine. Situated and flowing across the heart of Europe, the Rhine is one river with plenty of stories to tell. Here are five fun facts about the mighty Rhine River.

1) The Name of the River is Celtic in Origin

The name of the River traces its origins to the Celts who lived in the region a long time ago. The term ‘Rhine’ is actually derived from the word ‘renos’, which means raging flow, given the turbulent waters that exist across the vast stretch of this mighty river.

2) There is Only One Major Lake along Its Course

Although the Rhine is one of the longest rivers in Europe, it happens to have almost no lakes along its course. From its source in the Alps region to the bay where it empties, there is just one major lake, called Lake Constance.

Situated at the border of Switzerland, Germany and Austria, Lake Constance is actually made up of two smaller water bodies – the Obersee and Untersee. Lake Constnace is spread across 564 square kilometers of area and is one of the largest lakes in all of Europe.

3) A Part of the River Course is an International Border

A section of the Northern Rhine serves as an international border. Under a policy built along the lines of ‘natural borders’, the Rhine River has been used as the line between Germany and France for a very long time. This is however not the case throughout the course of the river as there are many stretches where the river is well within national boundaries. The Rhine river also separates Switzerland and Liechtenstein. Liechtenstein is a tiny country landlocked in Switzerland. And the Rhine River flows through four countries – Switzerland, Germany, France, and the Netherlands.

The areas around the Rhine River have seen the rise and fall of many civilizations. As a result of these historical events, there are historical treasures scattered all across the region. Out of them all, one stretch of the river of about 65 km,

the Upper Middle Rhine Valley, has been declared as a UNESCO world heritage site due to the many castles, vine yards and historical towns located along the way. The term however, may not really resonate with the locals, as it is referred to by another name, ‘Rhine Gorge’.

5) The Rhine River is an Important Waterway

To most people, rivers are largely nothing more than a natural feature of flowing water. In the case of Rhine however, the stretch has been used as an important waterway for a very long time. Today, the river sees an abundance of shipping traffic, which import as well as export goods from around the world. Some of the most important shipping ports along the way include, among others, Port of Mannheim, Port of Ludwigshafen, Port of Mainz, Port of Koblenz, Port of Cologne, etc.

The Rhine River offers you with a wonderful array of adventures and more, throughout its long course. You could actually take a Rhine River day cruise from certain part of the river. So, if you happen to be visiting Europe anytime soon, make sure to check out one of the most important and fun rivers in the old continent.