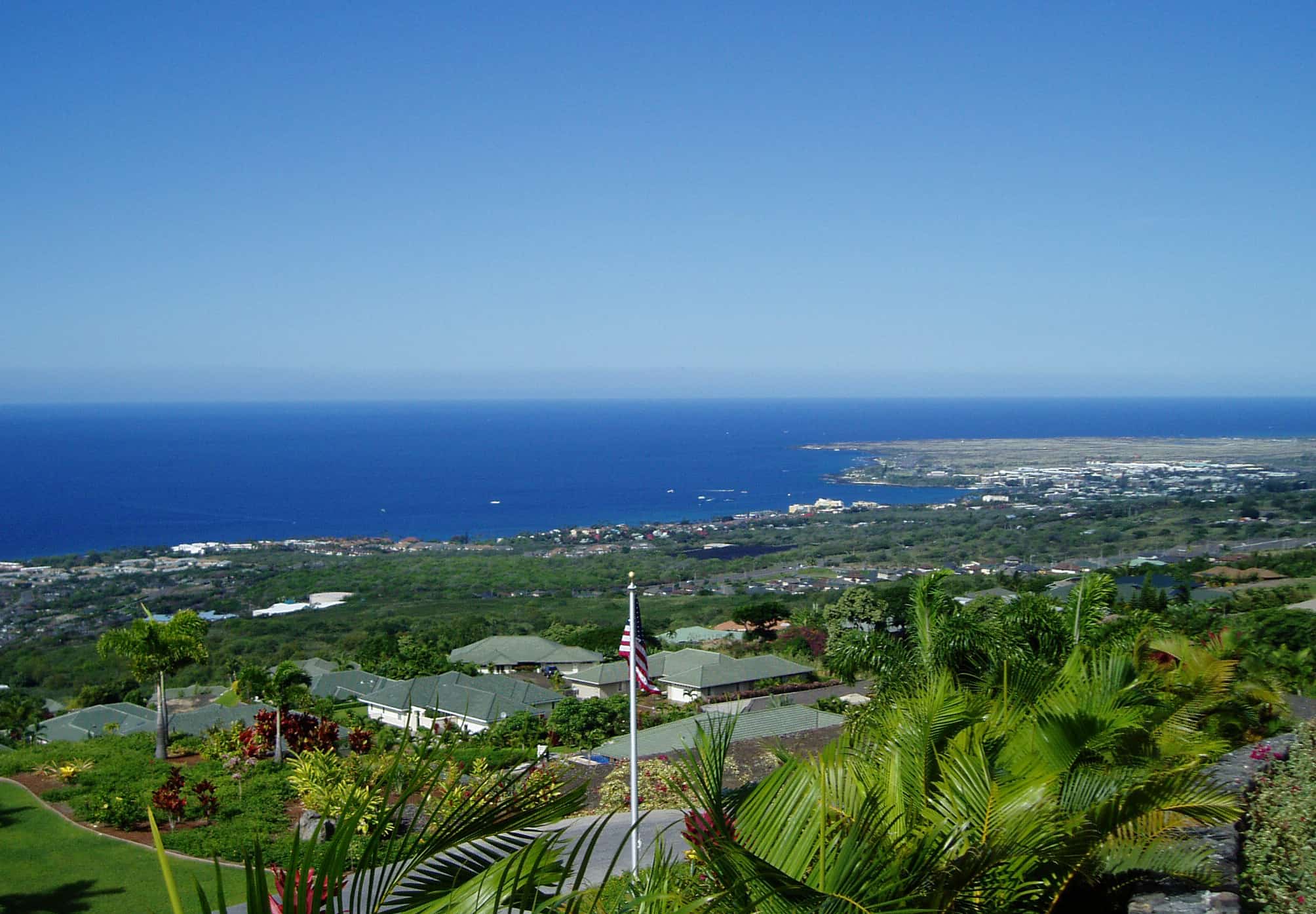 “May there always be warmth in your hale, fish in your net, and aloha in your heart” – Traditional Hawaiian Blessing

A few weeks ago, I was able to check off an item that many people have on their bucket list. Visiting the District of Kona, on the island of Hawaii! 12 days was not enough time to enjoy this majestic island, but I discovered five amazing destinations that I think everyone can find some pleasure in hearing, seeing, and reading about. Hawaii deserves all the recognition and hype it receives. Every square inch is laced in beauty, authentic culture, and uplifting island ambiance. You should consider a Hawaii Family Vacation for your next trip!

The sunny Kona District stretches for approximately 60 miles along on the island of Hawaii’s lava-lined western coast. Along here, you can find everything from coffee farms to historic landmarks. King Kamehameha found Kona so enticing and peaceful, he spent his final living years in Kailua, what has now become the gathering place in the heart of the district.

Honestly, I could have spent the entire time in my hotel alone. I was able to sit in a chair on my balcony overlooking the Pacific Ocean, and catch one of the most beautiful sunsets I’ve ever seen. Quite a few of the days I even saw dolphins swimming around, yes, all fear aside due to my fantasy vacation where nothing bad ever happens, I even attempted to swim out to them. To no avail, the dolphins were far and gone by the time I attempted this risky task. 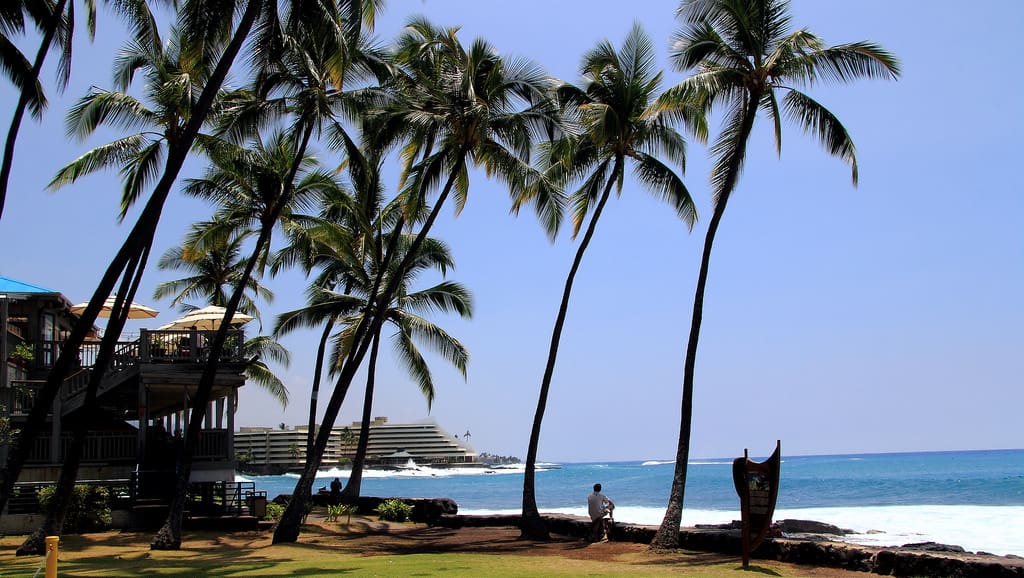 The pool also overlooks the Pacific, or I could choose the more private swimming lagoon, both of which I took full advantage of.  The Resort also hosts the Voyagers of the Pacific Luau presented by the award-winning performers from Tihati Productions. I was able to enjoy a traditional style buffet, drink and dine, while watching a mesmerizing show of the authentic music and dances celebrating the culture of Hawaii.

Despite my contentedness with staying at my lovely hotel and enjoying its luxuries, my better half was a bit more rambunctious, and wanted to do and see everything Kona had to offer. 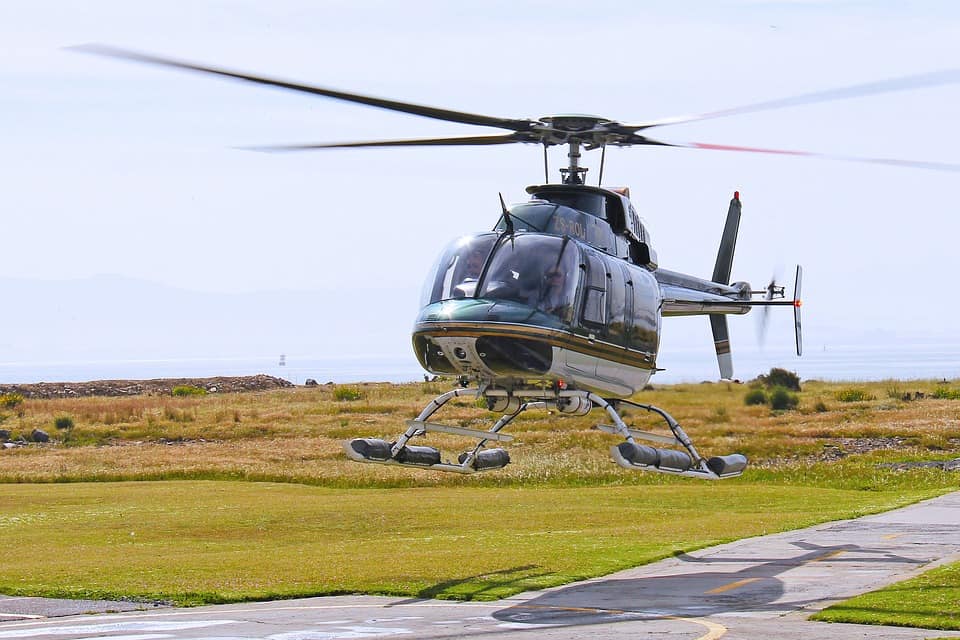 Reluctantly, despite my fear of heights and disposition to motion sickness, I agreed to a two hour helicopter ride over Kona and the Big Island, because, well, there just wasn’t any other way to the top of the volcano….. The scenery was unbelievably breathtaking, and something you’d likely see out of a Hollywood movie! Ironically, the company we flew with does indeed film for Hollywood. I am guessing due to their flying expertise, they were able to keep my fears at bay, and I only got a tiny bit sick. Just the site of the gigantic Mauna Kea, which is taller than Mt. Everest, was amazing to me, as I am a Floridian. We don’t even have  hills! We even got to see cascading waterfalls dropping over 1,200 feet in height.

3. End of the World Cliff Dive

“A’ohePu’uKi’eki’eKe Ho A’oIa I Pi I- No cliff is so tall it can not be climbed.”

Did I say my significant other was a bit rambunctious? Well, this is one activity I willingly did not participate in with him, as I had an overwhelming desire to live and see my children’s beautiful smiling faces. But for those of you seeking a memory that will last a lifetime, and a make for a fantastic profile picture, look no further than Kona’s End of the World Cliff Dive. 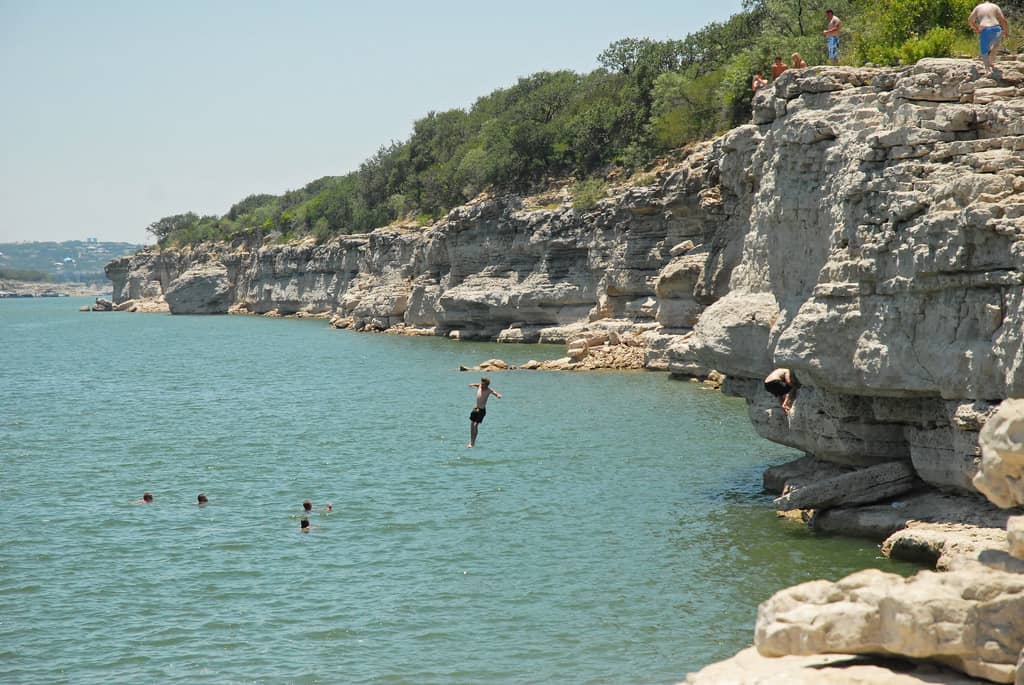 The jump, located near Kuala Nui Point, leads into Lekeleke Bay, where sometimes extremely dangerous ocean conditions exist. It is highly recommended to be a strong and skilled swimmer when jumping here, as the currents are dangerous. Ok, no thank you.

Next, it was my turn to choose an outing. It may not have been as wild and crazy as the helicopter ride and cliff jump, but it was indeed a perfect excursion to take in Kona. We booked the snorkeling tour that took us to the Kealakekua Bay State Historical Park. The boat was on the smaller side, but it was so personal and really showed the hospitality that Hawaii is known for, where kindness and sincerity oversees the dollar. 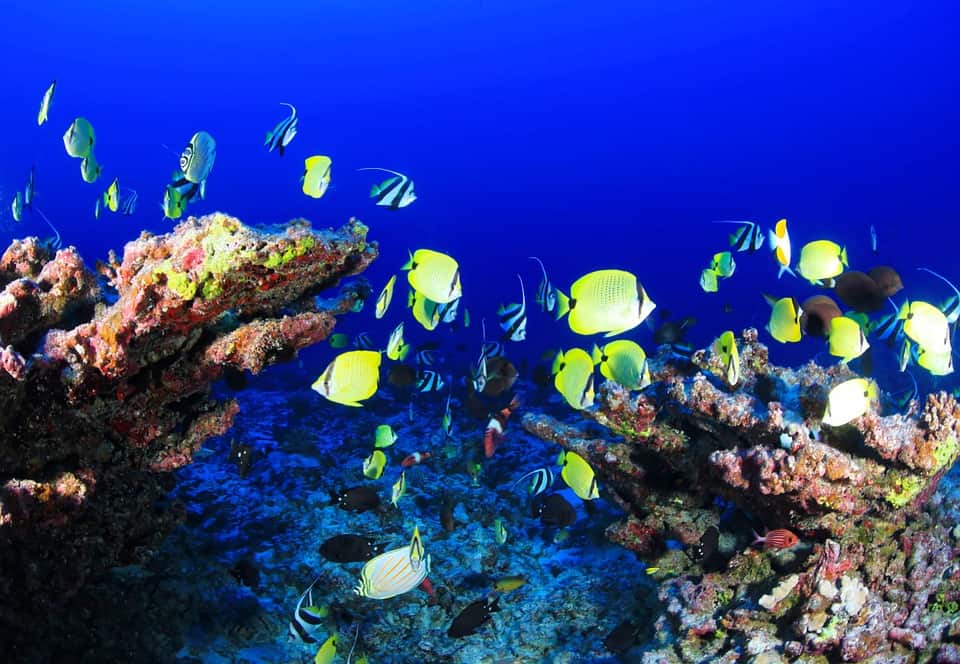 These tours are based around the sighting of the white obelisk which marks the spot where British explorer Captain James Cook met his death over a misunderstanding with the natives. We snorkeled in the crystal clear waters along the black rock beaches. The exact location of the coral reef that inspired Finding Nemo!

Nicknamed Green Sand Beach for obvious reasons, Papakolea is truly a unique beach  located in Mahana Bay,  and one of only two green sand beaches in the world. The green sand gets its color from crystals that were created from past eruptions years before. Sounds amazing right? Well, there’s a catch! It is an isolated place about a 2 ½ hour drive from most of the resorts along the Kohola Coast, therefore  you must a)  be an experienced off road driver, or b) hike 2 ½ miles each way through some pretty rough terrain. OR you get lucky and find some nice passersby’s in a jeep who offer to give you a ride! Did I mention how much I love the Hawaiian hospitality? That in itself made my entire excursion even brighter! 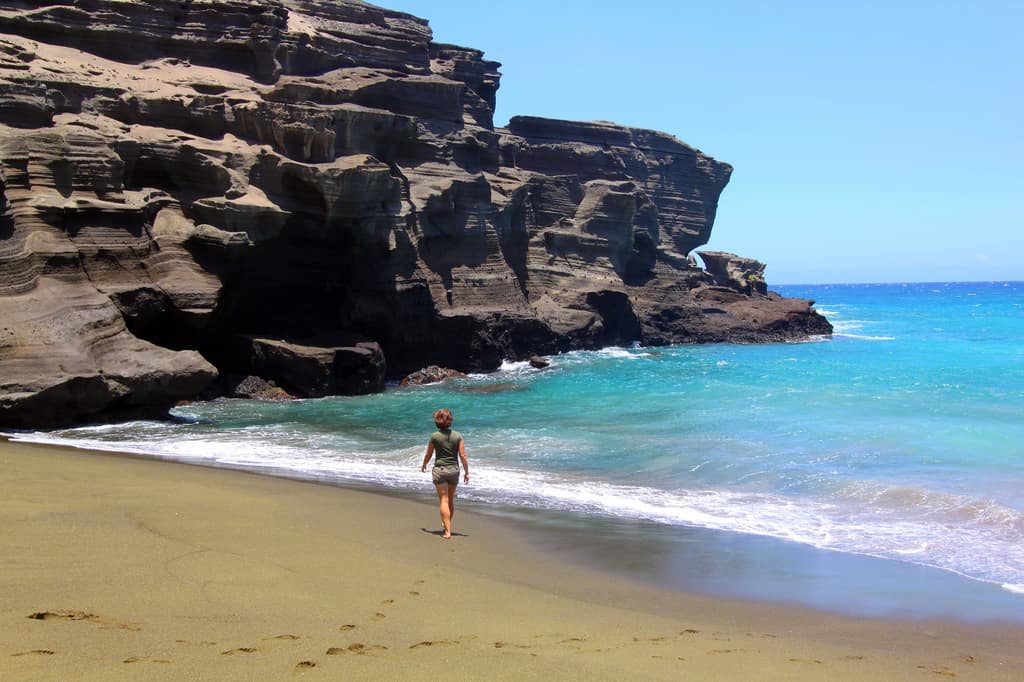 Oh, and one last thing. Do not take the lava rocks as a souvenir, it’s bad luck! Taking lava rocks from their natural place is considered taboo. There are dozens of souvenir shops throughout all the islands of Hawaii, ranging from jewelry to coffee cups and everything in between Some Hawaiian natives suggest not even buying souvenirs containing fragments of lava rocks. Tourists have been known to send back the rocks to Hawaii’s Visitor Bureau with letters saying they’ve had an unusual streak of bad luck, and feel it is related to the lava rock. Locals claim this is revenge from Pele, the goddess of the volcano. The superstitious type have been known to go as far as shaking out their shoes after a hike so as not to accidentally take any lava dust home with them. Gotta love the culture!

Hope your next trip is a Hawaiian family vacation!