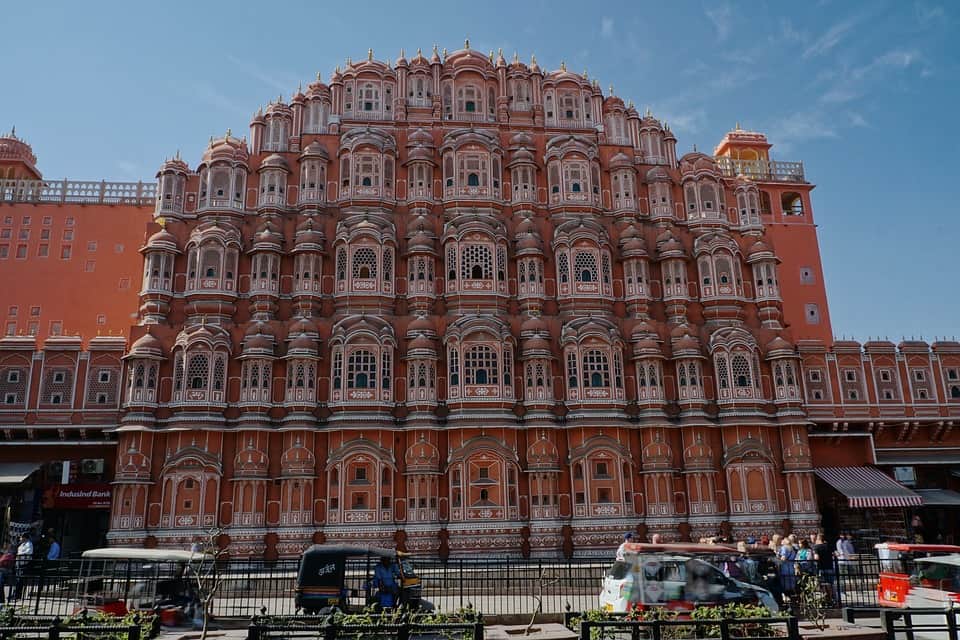 Looking for unique places to visit in India? India is a country like no other. Situated in the southern part of Asia, it is a country steeped in culture and heritage.

Home to more than 1.2 Billion people and occupying much of the Indian subcontinent, this is one country that you would love to visit. With a history dating back thousands of years, India is a country like no other for tourism.

There are more tourist attractions in the country than vacation time. So picking out ideal tourist destinations can be one tricky affair when you think about it. You can always head to New Delhi, or you can do a bit more and visit the less touristy parts of India. Here are some of the best and most unique and best places to see in India on your next vacation to Southeast Asia!

1.) Valley of Flowers in Uttarakhand

Valley of Flowers National Park is a world heritage site located in the Chamoli district of Uttrakhand.

It was discovered when British mountaineers Frand S. Smythe, Eric Shipton and R.L Holdsworth, who had lost their way while returning from Mt. Kamet in 1931.

The Valley of flowers is 3352 to 3658 meters above sea level. Although it is only 8 km long and about 2 km wide, it is home to many endangered species like the snow leopard, musk deer, brown bear, red fox and blue sheep. It is in fact, one of the richest places for biodiversity in the entire region. 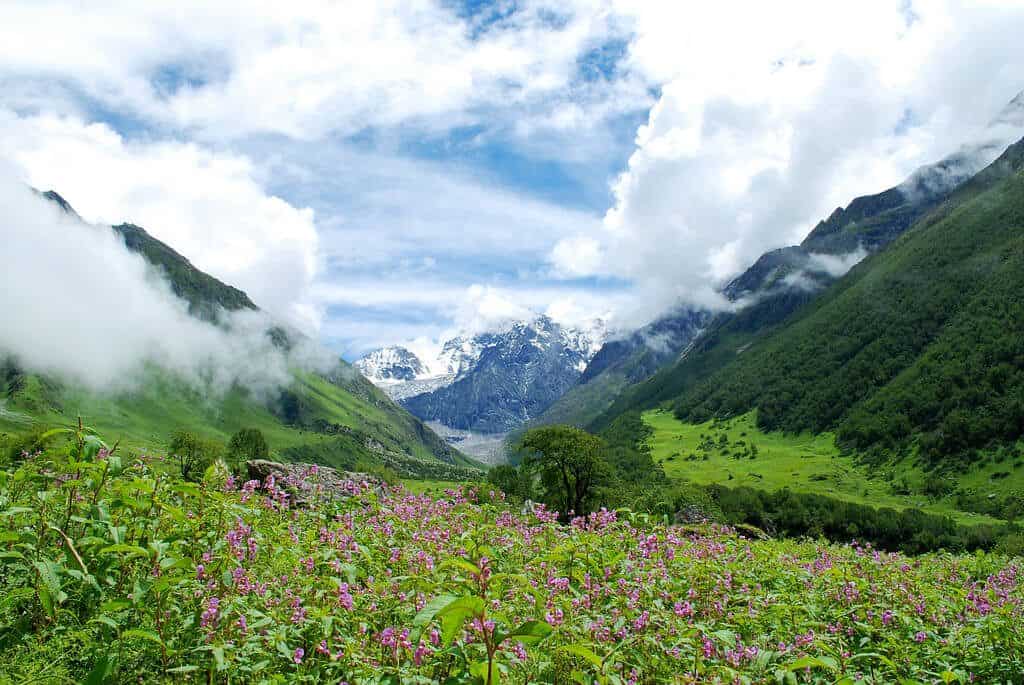 The winter months from November to May are snow covered, and often experience plenty of snowstorms. As the snow melts at the beginning of the summer months, it reveals beautiful streams and waterfalls all throughout the region. Hundreds of species of alpine plants can be seen as they bloom in the months of August and September, when the entire valley turns into a flowery meadow.

As a whole, the breathtaking view of the mountains, cliffs, snow bed and wildlife makes it one of the most unique places in India to visit.

The Lakshadweep is a collection of hundreds of islands west of the Malabar Coast.

The islands themselves are a huge tourist attraction for their breathtaking beaches. The coral reefs are mainly found in Agatti, Kadmat, Bangaram, Kalpeni and Kavaratti islands. 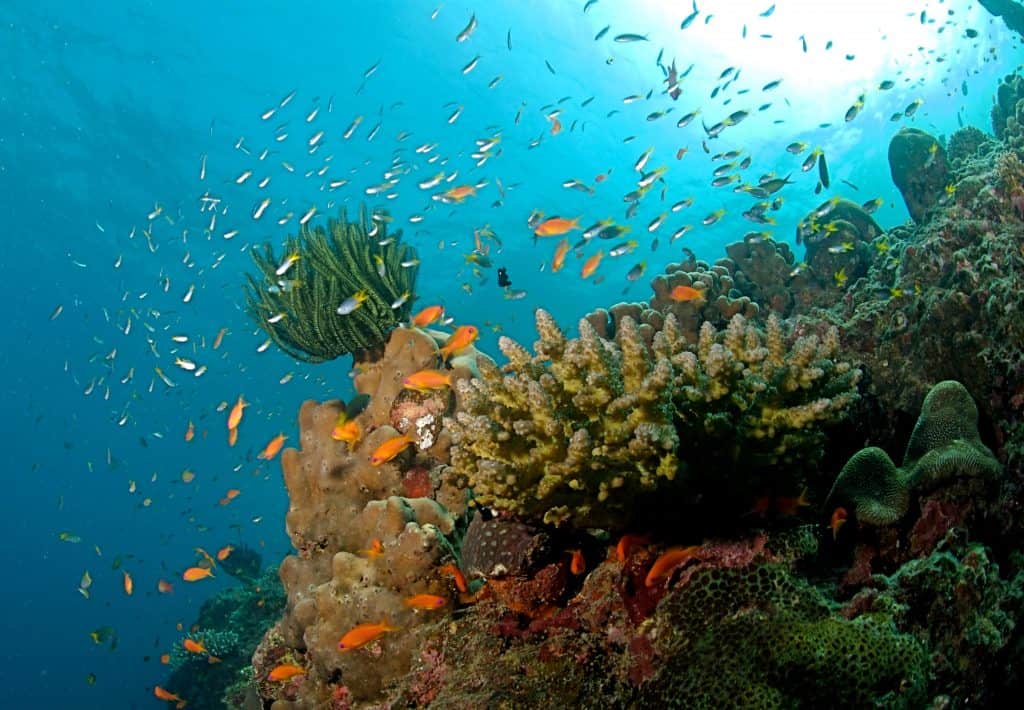 Out of them all, the largest reef is the Cheriapani Reef located 33 km north of the Byragore Reef. It was first described in 1876, when studies were conducted to explore this vast and often uncharted region. The coral reef is massive stretching 14 km long.

In addition to this, the islands areperfect for bird watching, photography and diving. Also of interest is the Cheriapani Reef, which has a large sandy side that is used by hikers.

Other important reefs in Lakshadweep are Cherbaniani and Perumalpar reefs.

Khajjiar is a hill station located in the Chamba district of Himachal Pradesh.

It is 2000 meters above sea level and surrounded by breathtaking views of meadows and forests. It is also known as the mini Switzerland of India, due to its similarity to the European Alps. 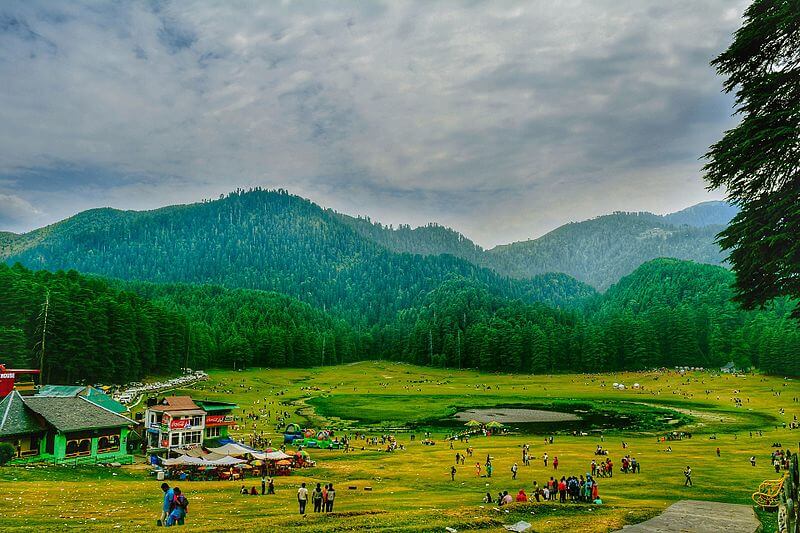 Khajjiar is a part of the Kalatop Khajjiar Santuary, which is home to many animals like the barking goral, Himalayan black marten and langurs.

The river Ravi’s tributaries go through Khajjiar. You can also observe the Dauladhar mountains, Khajjiar lake and the Khajji Nag Temple (also known as the Golden Devi Temple), which is dedicated to snake worship.

Khajjiar is famous for trekking and the numerous camping sites, In addition to this, the Blue pine and Rhododenron trees make the place stunning and a must to see.

Phugtal Monastery is a Buddhist monastery in the remote Lungnak Valley of Ladakh.

There are no direct roads to the monastery, although there are projects underway in and around the region to better improve connectivity.

For now, the only way to reach it is by several hours of trekking from a place named Icher. The Monastery itself is built around a large natural cave, which monks consider ideal for meditation, due to its peace and solitude. 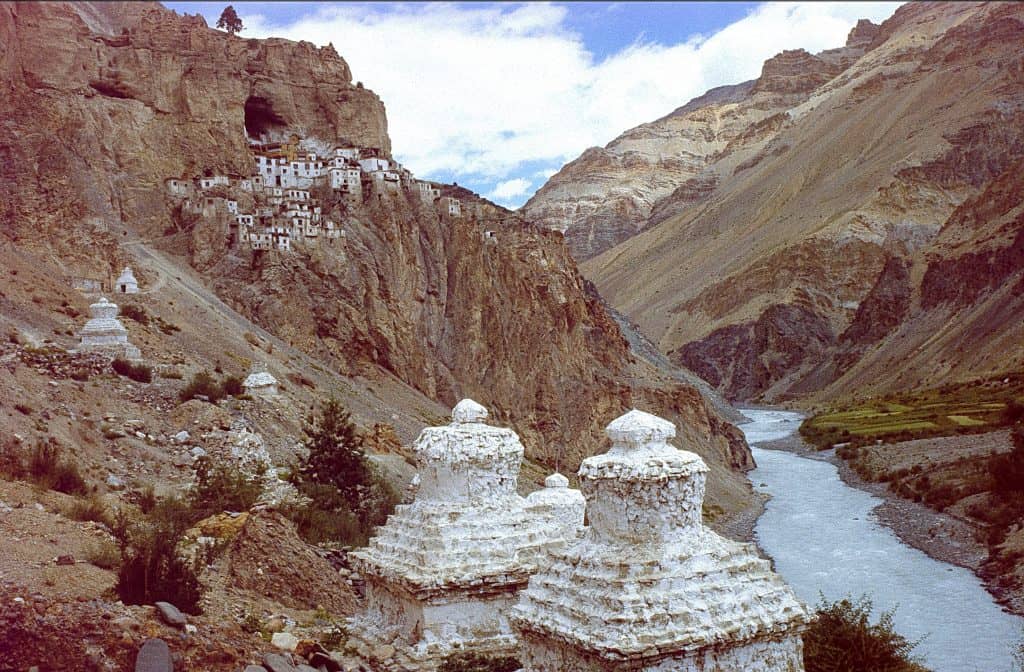 The history of the place goes back to ancient times, which goes that the earliest residents were the legendary followers of Buddha; or the ‘16 Arhats’whose images are on the cave walls.

The Monastery is built on the cliffside like a honeycomb holding a main temple, prayer room and a library filled with rare sacred texts. There is a guesthouse for people who may be visiting the place.

One of the most important festivals conducted at the monastery, is the Smonlam Chenmo, which in Tibetan means‘ Great Prayer’. The celebrations have two main significances, namely a marking of the new years, and a prayer for world peace and wellbeing of everyone.

Last but not the least, there are many amazing sights in and around the monastery as well, ranging from mountains to valleys and everything in between.

Meghalaya is one of the most remote states in all of India. Located in the depths of Meghalaya’s thick forests, is Cherrapunji’s Living root bridges.

The Khasi people, who have inhabited the region, are not sure about the history, but there have been records of these bridges being created from as far back as 1844.

There are 11 bridges formed by tree shaping, where the bridge is formed by guiding pliable roots of trees across a river. It takes up to 15 years for it to be strong enough to hold them weight of a person, after which it keeps getting stronger. 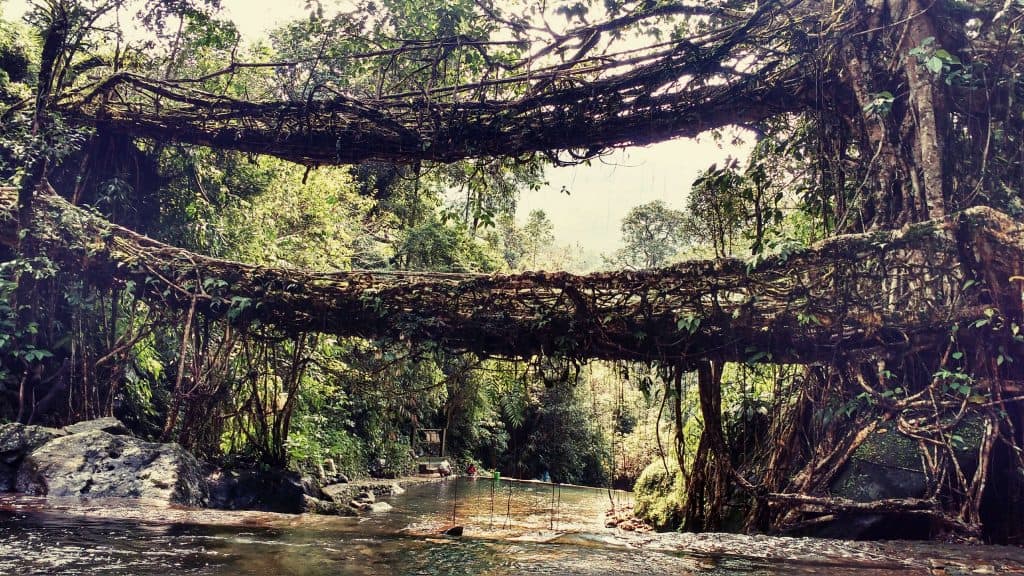 These bridges are self-repairing and can last hundreds of years,i.e. as long as the tree is healthy. The famous bridges in the region include Ummunoi Root Bridge, Umkar Root Bridge, Ritymmen Root Bridge, Mawsaw Root Bridge and Umshiang Double Decker Root Bridge; out of these, the last one is the hardest to reach.

In all, India is a diverse land like no other, offering some of the most amazing tourist attractions like no other.

So whatever place you choose to visit in the country, rest assured that it will always be a vastly different from the other regions in India. Simply put, the subcontinent is home to hundreds of different cultures and it will take a life-time to explore it all. But do still keep New Delhi on your list even if just for the food, bright colors, and the bustling Chandi Chowk bazaar. Plus, it’s one of our top cities to visit in Asia so you can’t go wrong!