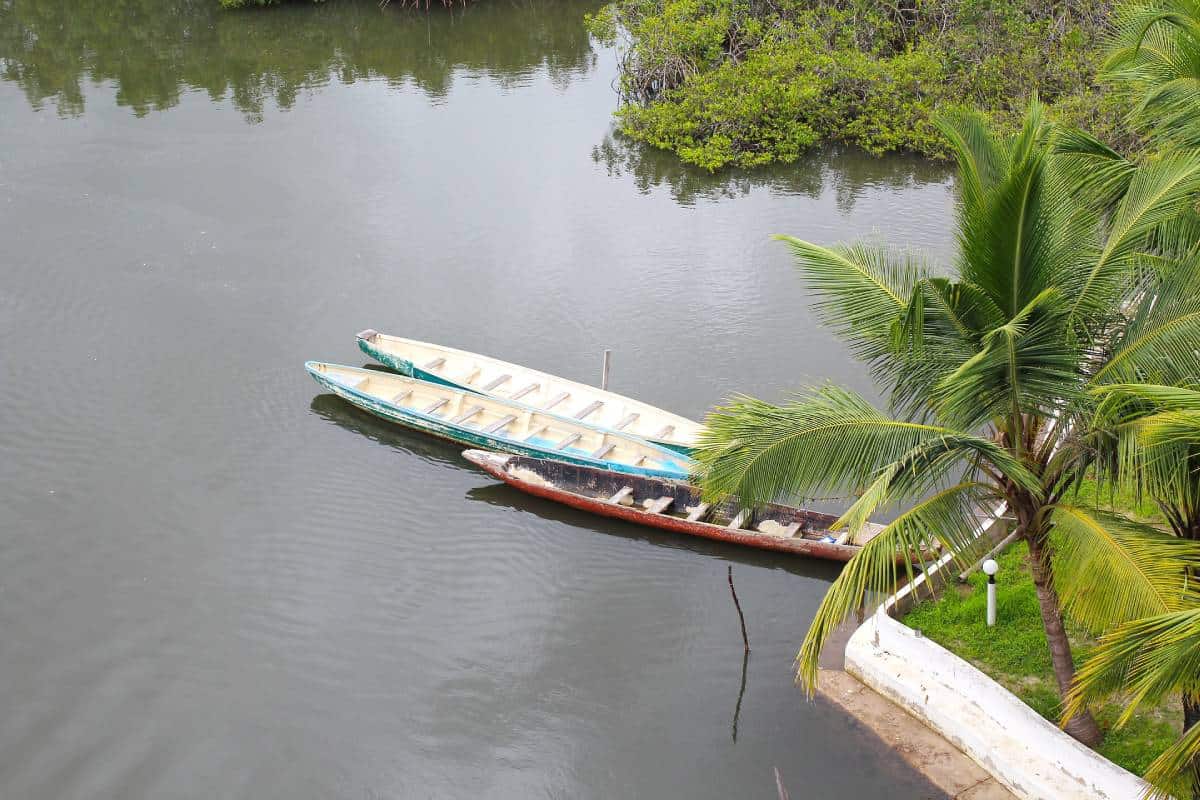 Gambia, known as The Gambia, and officially known as the Republic of The Gambia is the smallest country on the African continent and that means you can do a whole lot in just a short amount of time. It is small and narrow and less than 50km at its widest point. If you are familiar with the Caribbean islands then you’ll have a good idea of how tiny The Gambia is as it’s slightly smaller than Jamaica.

The Gambia is in West Africa, and is almost surrounded by Sierra Leone. Its coastline is open, and along the Atlantic Ocean giving The Gambia access to many stunning beaches. There are numerous beaches in The Gambia that you should put on your list including Cape Point beach, Bakau beach, Sanyang beach, Kololi beach, Tanji beach and many others.

Since The Gambia is in the sub-tropics, the weather is always warm so there’s never really a bad time to visit this little treasure in Africa. Even when it’s rainy in The Gambia, the sun is not too far off. And if you need any more proof of why The Gambia should be on your bucket list, The Gambia is called the “Smiling Coast of Africa” for a great reason. The people of The Gambia are very nice, warm, and welcoming.

If you’ve come to The Gambia for the beaches, by all means, sunbathe and enjoy your time but be sure to leave time for other unique experiences that The Gambia offers:

A vacation to The Gambia will provide some great wildlife-spotting opportunities for those who have packed their binoculars. And if you don’t have your binoculars, don’t worry, there’s plenty of things to see with no binoculars. Numerous intriguing nature habitats dot the country, including the Abuko Nature Reserve 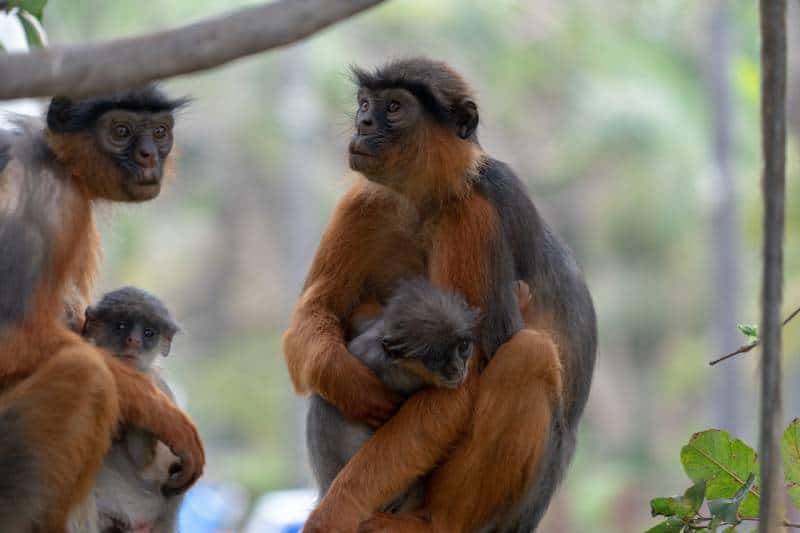 which was the country’s first nature park open since 1916, and Kachikally Crocodile Pool located about 10 miles from the capital of The Gambia. And even if you didn’t go too far, you’ll still see exotic wildlife just from your hotel grounds including the Green Vervet monkey which is a really common sight around The Gambia.

A visit to The Gambia’s capital, Banjul, will add some history and culture to your African adventure. Banjul alone makes this country one of our best African countries to visit as well one of the best places to visit in Africa. Banjul is the life of The Gambia and is the 4th largest city in the country. It is strategically located on St. Mary’s Island also known as Banjul Island. This is where the famous Gambia River enters the Atlantic Ocean. Banjul has a little interesting backstory. In July 22, 1994, the president at that time was overtaken in Banjul and to commemorate that event, a 35 meters tall arch, Arch 22, was built in an open square and it marks the entrance into the city. The arch is aptly named after the date, July 22.

Not far away from the main city though, lies the warm beaches of Banjul as well as other interesting attractions to explore like the Albert Market. The Albert Market is an interesting local street market built in the mid-nineteenth century. It is a place to buy pretty much every local thing including fabrics, arts, jewelry, and other things.  Before you go here though, you need to sharpen your bargaining abilities or go with someone who can bargain prices for you! The prices are never what they are advertised and local traders expect you will haggle prices with them.

The Gambia is a birdwatcher’s paradise. There are few places in the world that match the quality of birdwatching in The Gambia. With over 540 species of birds in the country, you won’t have to go too far to spot exotic colorful birds. 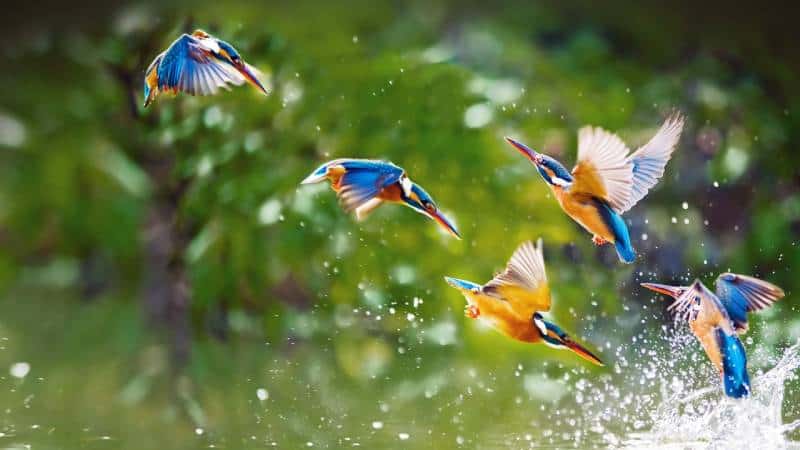 If you want to see a few more species in their natural habitat, then check out the famous Tanji Bird Reserve also known as the Karinti, the Tanji National Park or the Tanji River Reserve. The Tanji Bird Reserve is an enormous 612 hectares of natural reserve established in 1993 and is located close to River Gambia National Park, another place to add to your list of things to do in The Gambia and places to go when in The Gambia.

An African cooking experience is well worth taking the time out of your schedule, especially if you’re a foodie. Seeing how Gambian food is made from beginning to the end will also give you a unique insight into Gambian life as well as give you a perspective of how well Gambians use their natural resources. You can arrange for a cooking experience with your hotel, tour guide, travel agent, or any other reliable source. 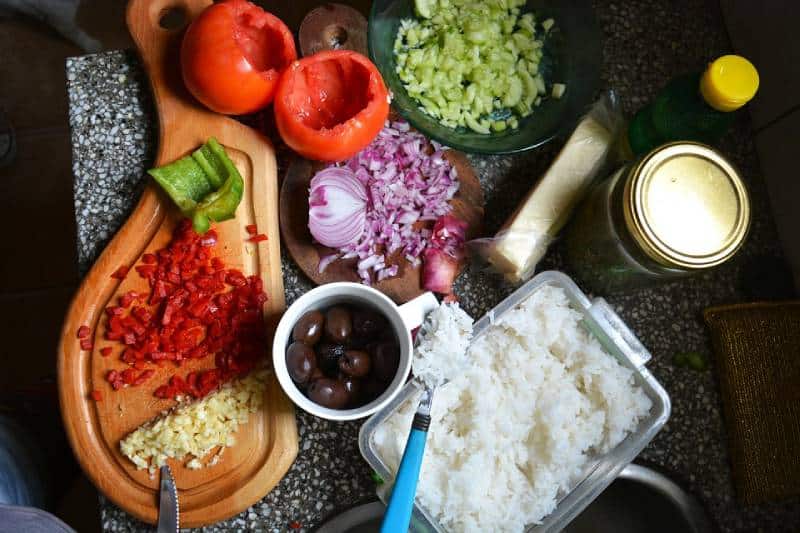 Fishing is a big trade in The Gambia so you can imagine that fish is part of the staple food. We advise that you start the day with your host in the colorful local fish market and then work your way through other markets to get the rest of your food ingredients, and then prepare an authentic West African dish. And if you don’t like fish, there’s something for everyone. We guarantee the food will taste so good you would want to take the recipe home.

5) Take a cruise on the Gambia River

The Gambia offers various excursions and experiences to visitors. For a more laid-back day, enjoy floating along the Gambia River on a traditional Gambian pirogue from where you can witness local fishermen going about their day.

You could also just observe some aquatic birdlife including storks and ospreys if you don’t feel like doing too much. If you’re lucky, you could spot some monkeys on the banks of the river. You could even swim in the river or try your hand at fishing.

While it may be Africa’s smallest country, The Gambia is big on attractions and appeal, and promises to be one of the most exciting and diverse destinations in the continent. If you do go to Gambia, be prepared to go home with happy memories -because – Gambia is not called the “smiling coast” of Africa for nothing!