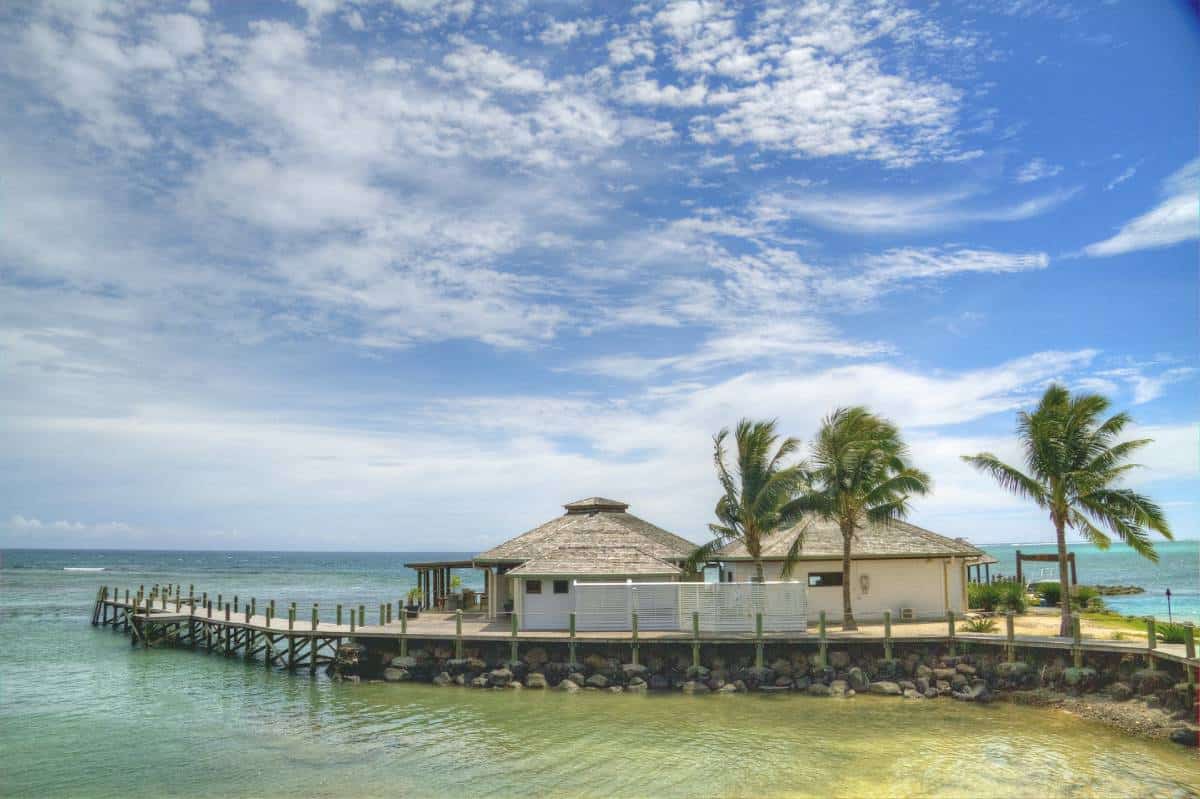 The Pacific is a filled with amazing and magical places. From Fiji to Vanuatu to New Caledonia to Bora Bora to Tahiti, the magic is endless. With more destinations that the number of days in your vacation, one is spoiled for choice when it comes to picking the perfect Pacific vacation destination. 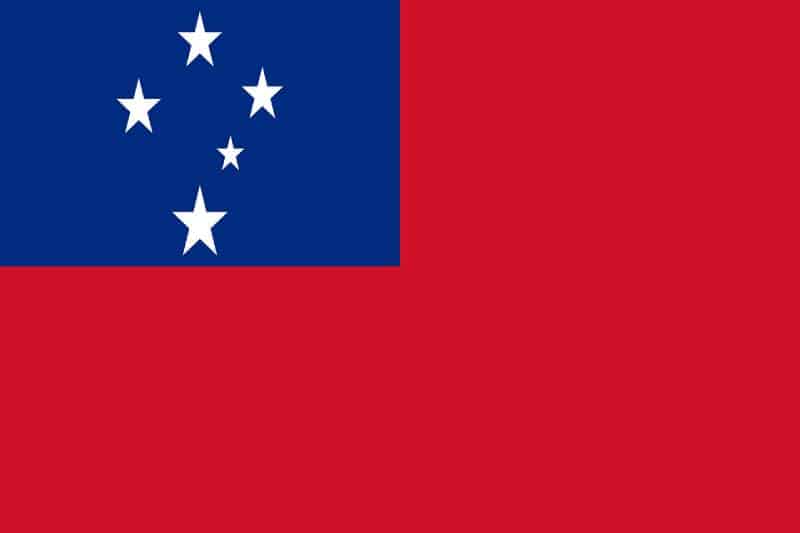 By the way Western Samoa currency is Samoan tālā while the currency in American Samoa is USD.

So, if you’ve finally made it to Western Samoa or are ready to start your Western Samoa vacation, here are the seven best things to do alone or with kids when you arrive:

1) Explore the City of Apia

Apia is the capital city of Samoa and one of its largest urban centers. It’s really a great base for discovering the rest of the Samoan islands, including American Samoa which is located a short distance to the east.

The city itself is filled with numerous fun and adventurous activities, as well as hidden treasures including historical buildings and landmarks, cultural hotspots, traditional eateries and more.

2) Check out the Palolo Marine Reserve

The Palolo is one of the best examples of the beautiful underwater treasures of the Pacific.  It is situated a short distance away from the capital of Apia, and is rich in corals, colorful fishes and more; it is a great place for snorkeling and diving.

And if you’re not into snorkeling or want more to do after an amazing day snorkeling, the Palolo Marine Reserve offers some stunning views of the islands and the surrounding Pacific Ocean.

3) Ride around the Island in a Colorful Bus

The people of Samoa get around by bus. And as with the many wonderful things that Samoa offers, bus rides have become a popular attraction. 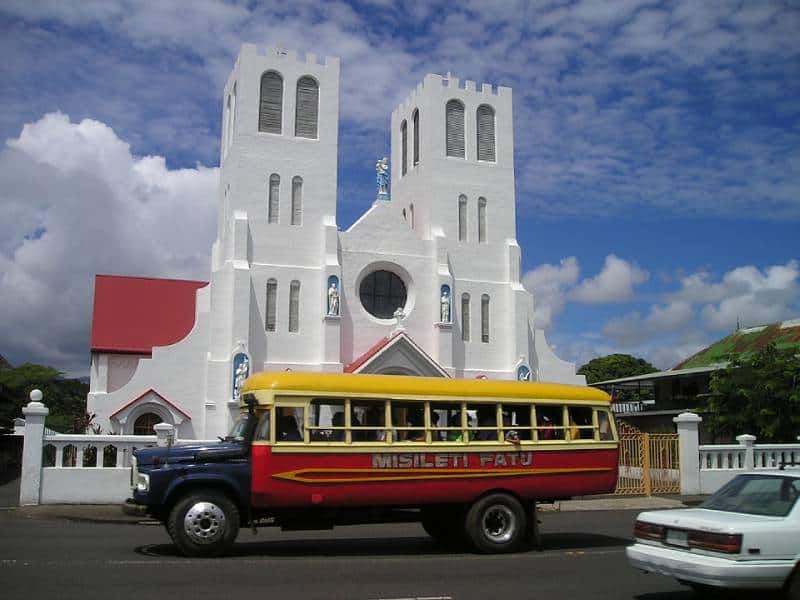 Decorated colorfully and connecting almost all parts of the island, these buses are a great way for you and your kids to check out every last corner of the Samoan islands.

4) Relax on the Beaches

You probably already guessed that the Samoan islands offer some of the most pristine beaches in the entire Pacific region. 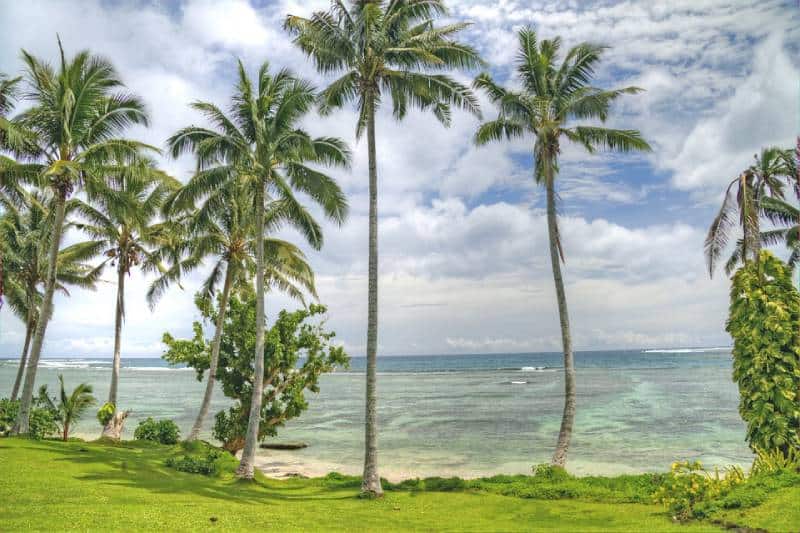 With vast stretches of sand, an abundance of sun and great views of the sunrise, sunset and the Pacific, you cannot miss the beach when you go to Western Samoa!

5) Check out the Blowholes

Blowholes are one of the more unusual attractions in Western Samoa. A blowhole is essentially a hole in the ground at the edge of a cliff or a rocky formation from blast our water at high speed and pressure.

The best location to see amazing blowholes is in the island of Savaii where the Alofaaga Blowholes are located. Shooting waters several meters high, these blowholes have become an interesting attraction in this part of Western Samoa. If you make it here, watch locals throw coconuts into the holes and see the coconut get blasted into the air. This has become a big hobby and is quite popular on the island, but, do stay a safe distance away while enjoying the show!

6) Learn how to Slap Dance

Every country has its own interesting form of dance and other art forms. In Western Samoa, one of the most popular dances is called Slap Dancing, a dance that dates back to the 19th century.

It is considered a sacred dance by the Samoan people, and is usually done on special occasions such as festivals and marriages. Perhaps you might learn how to do it when you visit.

7) Explore the Cave of the Dwarves & Giants

This might seem like something out of a fantasy novel, but most Samoans believe in dwarves and giants, at least on a mythological level.

Paia Dwarfs cave, a popular cave near Manase is believed to have been the home of these mystical creatures a long time ago.

Adding to the mysteries of Western Samoa is a strange crack in the solidified lava that surround this area. This crack is said to be the footprint of Moso, a famous giant who arrived to Western Samoa from the Fiji Islands.

Western Samoa might not be on your immediate list, to but if you happen to be in the Pacific, it will be worth visiting as part of a bucketlist destination!