I first visited Belgium four years ago when my husband got a work order to move there. The company he works for was opening a new branch in Brussels, and being a stay-at-home mom (who also doubles up as a digital marketer), I was all for moving to a new city for a change. I’ll admit that Brussels didn’t exactly steal my heart at first; well, at least not until I learned a bit of the popular Flemish language and understood the culture of the place. If you ask me now, I’ll tell you that life in Brussels is most delicious. It was laid-back, but remains most memorable.

When relocating to Brussels, my husband and I were most concerned about our then six-year-old boy Jaden who had grown so accustomed to life in New Jersey. Plus the first shallow impression one gets about Brussels on the Internet isn’t exactly mind-blowing. It is the headquarters for the European Parliament, and is not as large or loud as other major cities in Europe, say Paris or London. Sounds boring, right? Wrong. Jaden fell in love with Brussels so fast and hard that when we were moving back to the U.S.A. late last year, he was the most reluctant to leave. To say the least, it took us a lot of convincing and chocolate bribes to get him on the plane back home.

Whether you’re planning a summer trip with family to Belgium or you want to relocate there permanently, there are so many things to do in Brussels. Below are some reasons why you should bring along your children while visiting:

It is impossible to mention Brussels as a tourist attraction without talking about the Grand Place. The deservedly famous square is a sight to behold and is one of the most beautiful in the whole of Europe. Once a sand-and-swamp brook, the place has been developed over the years to have an open medieval 17th-century architectural feel that blends exceptionally well with the social scene. It’s decorated with iconic guild-houses, and local bars and cafes are scattered along the sidewalks. 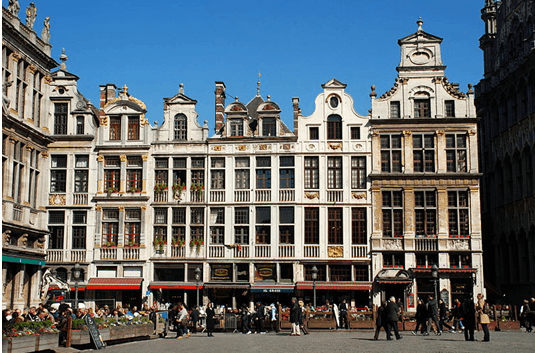 One of the things your kids will enjoy most about this place is the massive Tapis De Fleurs held every two years, which means “carpet of flowers.” During the third week of August,Belgian cultivators make a flower carpet with around 750,000 begonias. Imagine 3,200 feet of flowers! Not even an adult can forget that. Within the Grand Place is another work of art known as the Town Hall. The towering building located south of the square stands at an impressive 314.9 feet (96 meters) and to cap it all is a 9.8 foot tall (3 meters) statue of Saint Michael. The large staterooms with huge bronze chandeliers will leave your kids mouth agape.

The Belgians have a sense of humor, as this most-photographed statue of a naked young boy urinating portrays. It is usually stark-naked, but sometimes it’s dressed in different costumes which are displayed in the nearby Maison du Roi. The 2-foot tall bronze fountain piece designed by Jerome Duqeosnoy will sure give your young ones a good chuckle. 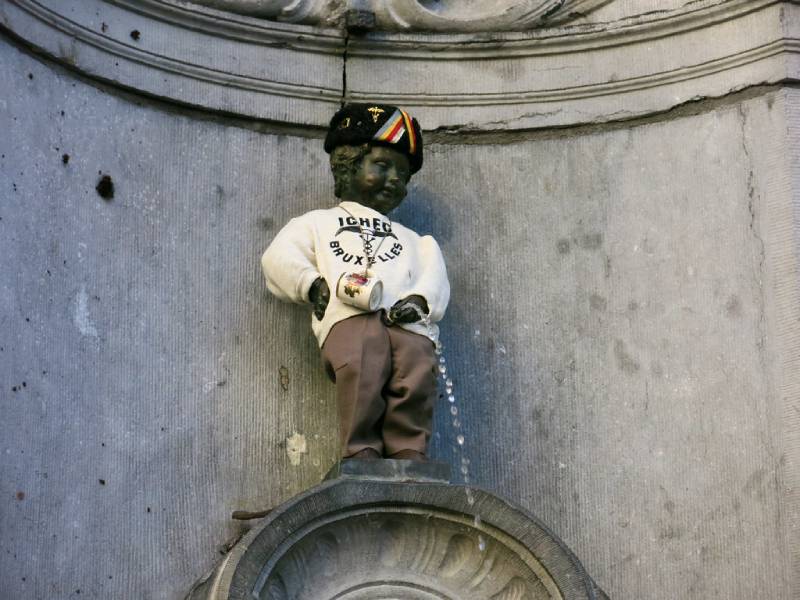 As if to take the joke a little further, a female version of it known as JeannenkenPis and a dog called Zinneken were built some time later. The dog, which is seen to pee at a bollard, has particularly gained fame even to command a parade in its honor! (A bollard is a post that prevents vehicles from going into an area where people can wait in the middle of a road).

Another grand design in the city of Brussels that wows adults and children alike is the nine-sphere silver building created like an enlarged iron crystal. Apart from it hosting several science-related displays, the Atomium offers an excellent view of the city. 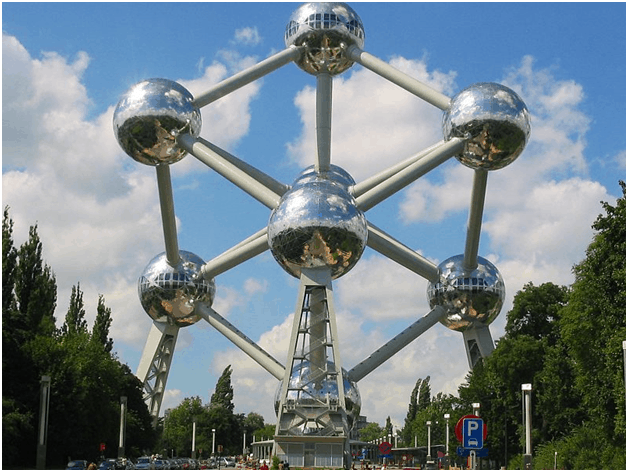 The nine pods are linked by escalators, and two of them have food joints. Open from 10 a.m. to 6 p.m. daily, your kid will appreciate the ecstatic bird-views from the upper pod, especially at night when there are light shows.

Kids love comic books and movies, and Brussels seems to know this so well. The buildings speak for themselves. Over thirty of them are painted with graffiti-style character murals. You’ll come across works showing Lucky Luke, Boule et Bill, Gaston Lagaffe, and Tintin among other famous Belgian comic book characters. Feel free to pick a map at the Town Hall, or get one online and make a game of spotting them with the young ones. 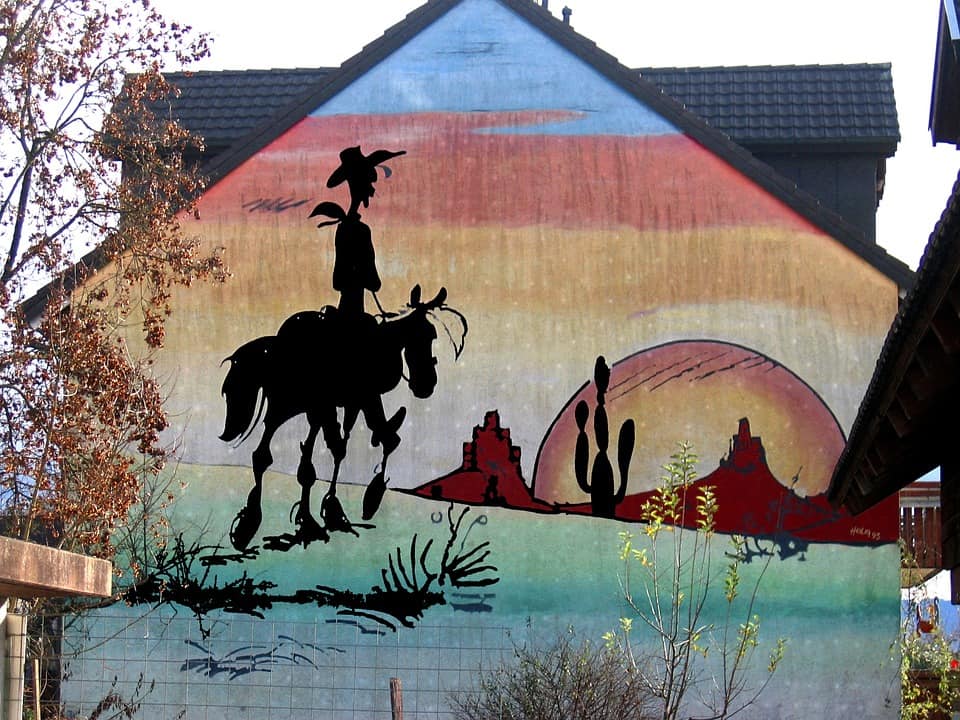 The Belgian Comic Strip Center, a beautiful 1906 art nouveau building designed by Victor Horta, is one other must-visit place in Brussels. It houses everything your children, especially the older ones, could want to know about the ninth art, starting with the history of comics and how it has evolved. There are exhibits put in place giving a step-by-step detail of creating a comic strip. The younger ones also get to see all their favorite comic book characters, such as the Smurfs and Tintin. Tintin, in particular, is exhaustively covered, since the idea originated in Belgium. Aside from over 5,000 drawings on display, there’s an entire section set aside for this Belgium’s most famous cartoon character. Drop in for lunch at the TinTin Cafe in the Sablon neighborhood just because you can!

Nothing beats a sunny day at the park. Walibi is that park when you’re in Brussels. 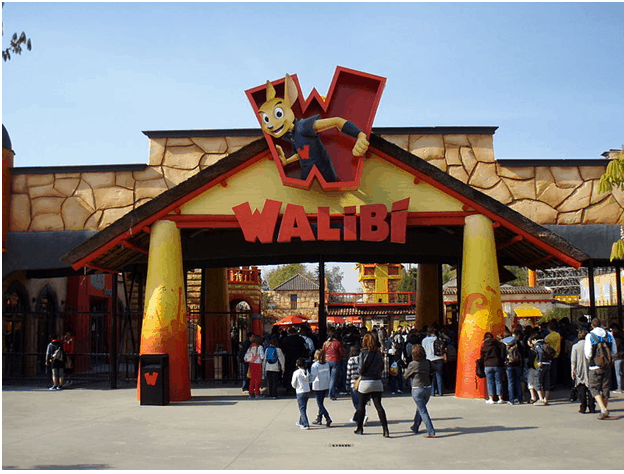 Take the party to this amusement park for the ultimate kids’ experience. Your child is assured of the thrill of vacation here, all thanks to the dozens of exciting and thrilling rides within the grounds. Roller coasters are in plenty, and children’s favorite cartoon characters like Bugs Bunny are also present.

In case Walibi does not provide enough thrill, Bruparck is another place to try out.

It is a “village” of sorts, created for the 1958 World Fair exhibition. The 61.7 acre (25-hectare) land is the perfect place to take the kids for a bit of an educational tour. It houses several fun places for kids such as the Oceadium water park and a Kineopolis cinema. Also in here is the mini-Europe model that’s a dummy version of notable places spanning across the continent. It has about three hundred reconstructions of famous buildings in the European Union, such as the Greek Acropolis and the Houses of the Parliament of London.

Other interesting features in the park are the cable cars that take you from one point to the other,trains,mills, and an occasionally erupting Mount Vesuvius. You don’t need to stress about food and beverages, as there are vendors within the park who sell at fairly reasonable prices.

If your kid has a sweet tooth, they’ll definitely love Brussels!

Belgium is known for its quality chocolate exports, and what better way to confirm that than try the samples at their source?Belgian chocolates are famous for a reason. First of all, they are made from very high-quality cocoa beans; then they are served with a generous supply of cocoa butter. Some of the top suppliers in town include Leonidas, Godiva, and Neuhaus. 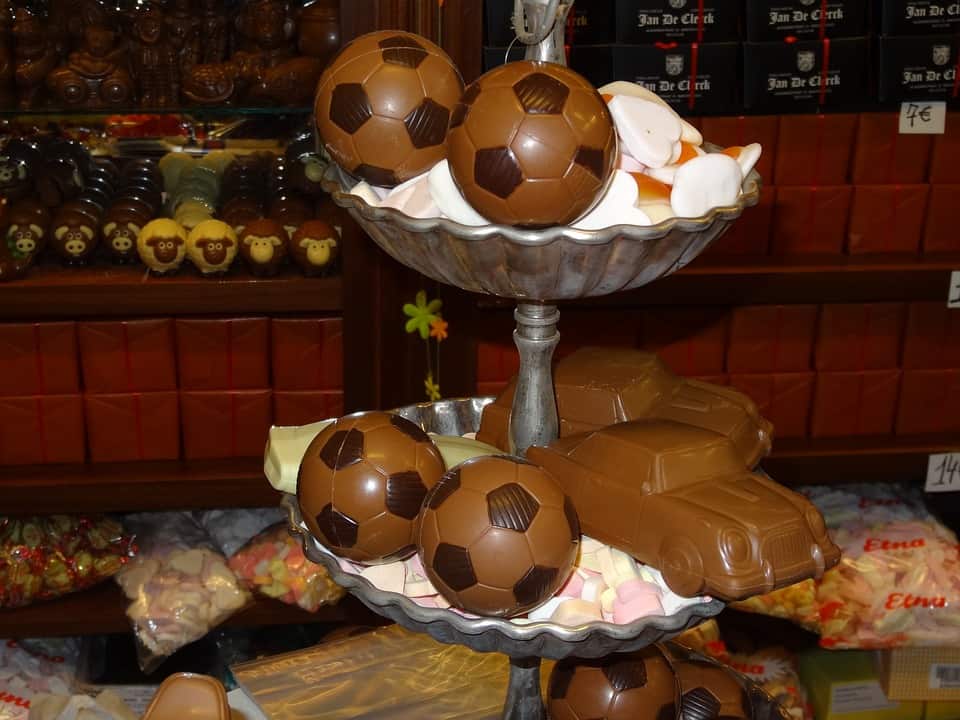 Walking down the old streets, you will come across numerous chocolate shops that gladly offer free tastings. If you and the young’un want to take it to the next level, you can visit the museum of cocoa and chocolate located just off the Grand Place. Here the history of chocolate is explained in depth, and there are even live chocolate making demos for you to take home.

Brussels has done an excellent job in preserving the history and culture of the Belgian people. Some of the museums that you and your artsy child should see before leaving the city include:

It’s not a complete holiday unless there’s shopping, and lots of it for that matter.

If you want to treat your lovely son or daughter to some designer fashion, make a date with the galleries in the city. The likes of Galeries Saint Hubert, Galeries du Roi, and Galeries de la Reine will give you what you want. Beware the amazing glass roof in these stores that might make you unwillingly exceed your budget! 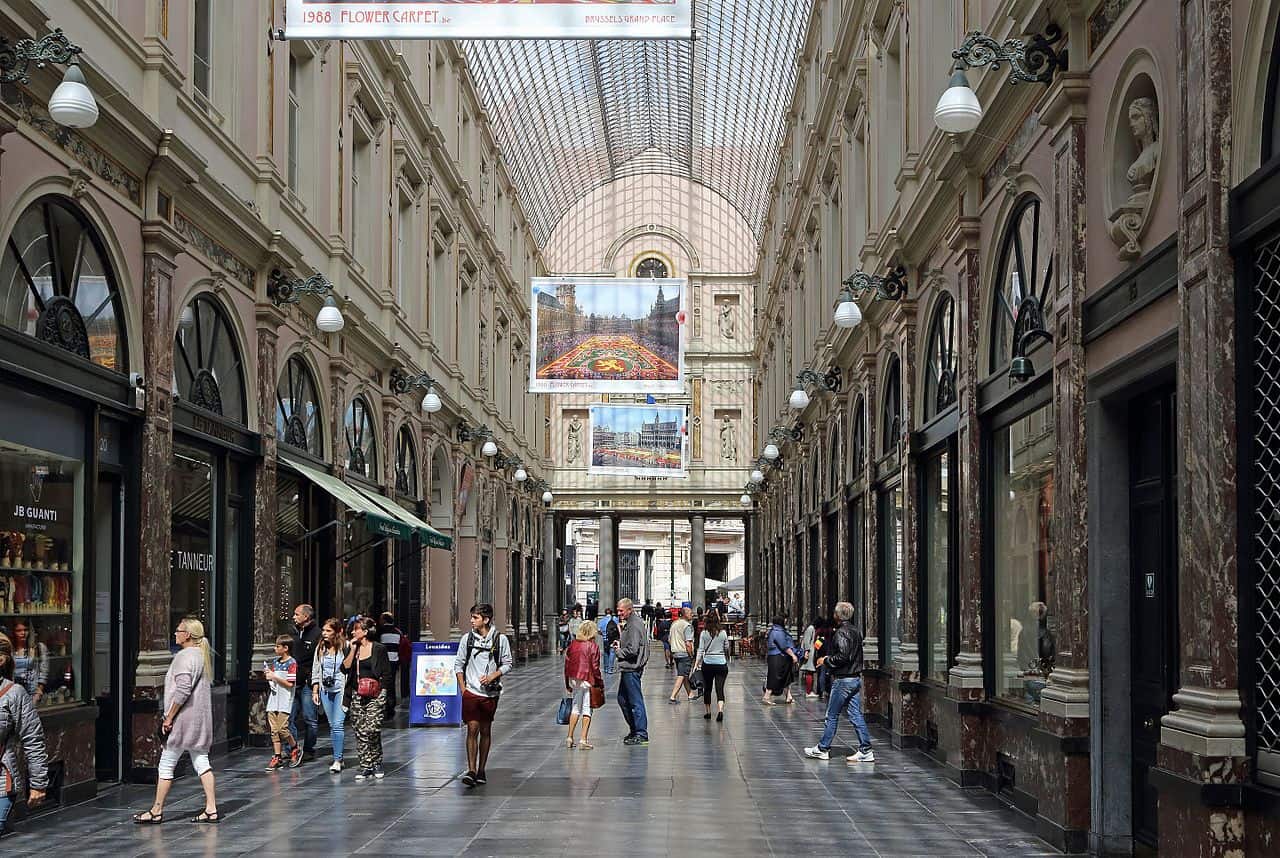 One other famous market in the city that you might want to see is the lively Jeu de Balle Flea Market. If you’re up to the bargaining task, you can pass by for a treasure hunt among the junk, and get secondhand goods and furniture at low prices. The antique lover will fall ten times over for the markets in Place du Grand Sablon-the best places to get a souvenir.

There are so many things to do in Brussels for one blog post. It is just the place to visit if you’re looking to treat your family to a funky, calm yet fun holiday. Jaden and I plan to go back soon. You’re welcome to join us!