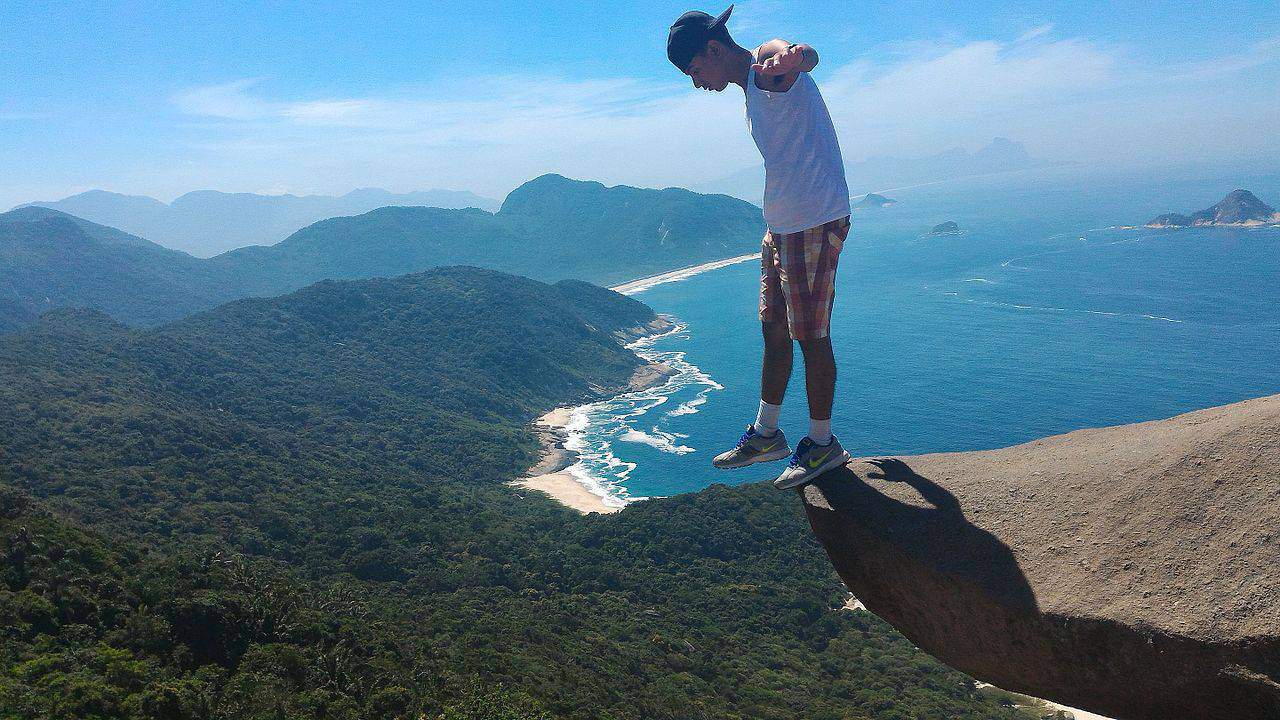 If you are planning a trip to Rio De Janeiro anytime in the near future, there is one place that you simply must go: Pedra do Telegrafo, otherwise known as the telegraph rock. Pedra do Telegrafo RJ is a hike located in Rio that is loved and adored by many for its amazing views and beautiful hiking trail.

This is something you especially want to go to if you are going to Rio with kids because it is an amazing and life changing experience that they will remember for a long time. Before we talk about the hike, however, it is important to know some of the history of one of the best cities in South America, Rio de Janeiro first.

Rio De Janeiro is the beautiful and booming city that can be seen now because of what it has been through in its past. The first rulers over Rio were the Portuguese in the year 1502. The name Rio De Janeiro was given to this land by them because the bay allows for it to be opened to the river, and Rio De Janeiro translates to ‘River of January’.

The French attempted to take a piece of the city, but they eventually lost their foothold after two years of war with the Portuguese. From that point on, Rio was located on the hill that would later be known as Castle Hill. 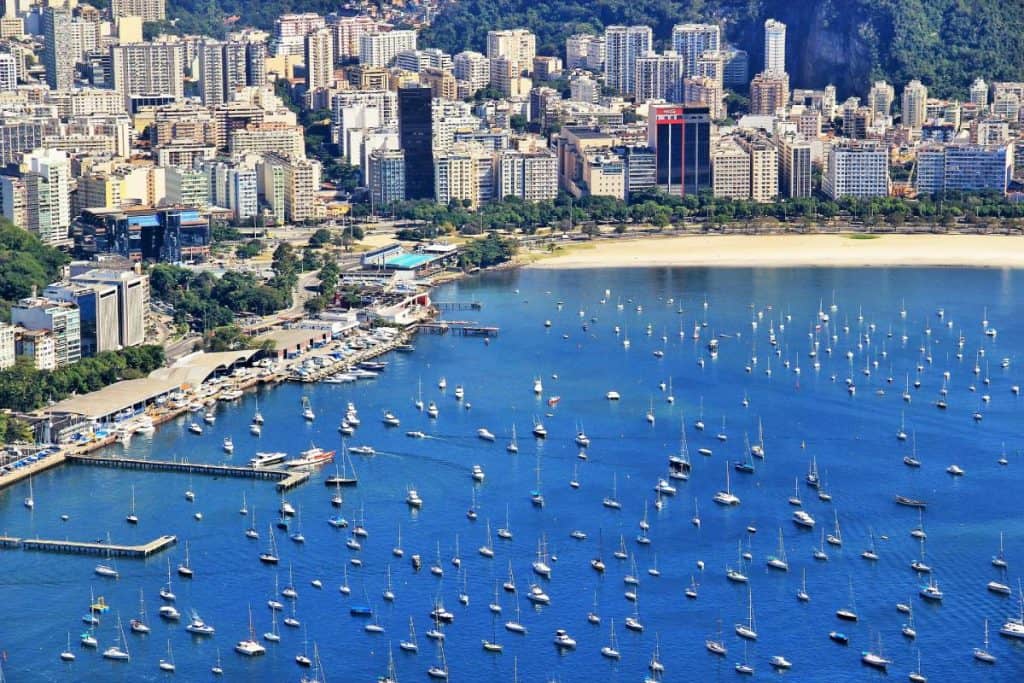 As the Portuguese ruled over Rio, they began to cultivate sugarcane, which caused the economy to grow tremendously. Also, people began to find gold and diamonds in the minds around Rio. However, the wealth that was gathered from this did not last long, and the sugarcane production was in great competition with South America. To counter this, Rio began to produce and export coffee as well.

Finally, after thirteen years, Rio’s economy grew, and the city began to become more modern. From that point on. Rio De Janeiro only grew in industrialization, economic status, and popularity, even going so far as to become the capital of Brazil. Today it is known as one of the best vacation destinations because of its amazing sights and views as well as its abundance of history.

What is Pedra do Telègrafo?

Have you ever seen those viral photos that make it look like the person is hanging over the edge of a cliff? If you have, you have likely been looking at Pedra del Telegrafo and the Pedra Da Gavea cliff.

It is a place that many people see on Instagram and other social media but never know where it is or how to get there. If this sounds like you, you have come to the right place!

We will teach you all about the Rio da Janeiro rock and the Pedra da Gavea hike.

How do you get to Pedra do Telegrafo?

Most people are not aware of where exactly it is located. It can actually be found by taking a 90-minute drive from the Copacabana area. To get there, you have the choice of taking a bus, taking a tour, or hiring a driver to get you there, but you cannot drive there by yourself.

Most people choose to hire a driver to experience the drive by themselves without others, but the bus and tour are also great options, especially if you want to be around people who are knowledgeable about the area. However, with a bus, it is hard to get a bus without knowing Portuguese and with the long lines that are also waiting.

However, if you do choose to opt for a bus ride, below are simple instruction on how to get a bus:

What you should be Prepared for on the Hike

Before you get to the actual start of the hike, there is a 0.2km walk to the starting point. Once you make it to the official starting sign, there is a 1km hike to the top of the rock. For most people, this hike will take around 40-45 minutes, but depending on how many times you stop or whom you have with you, it may take a little while longer.

It is not too hard of a hike since it is one that children can do as well, but it is not a nature walk, to say the least. Along with the inclines, another thing to be wary of is the hot sun in Rio de Janeiro. It is definitely not something to mess with, so make sure that you pack a lot of sunscreen, warm weather clothing, and stuff to shade your face. 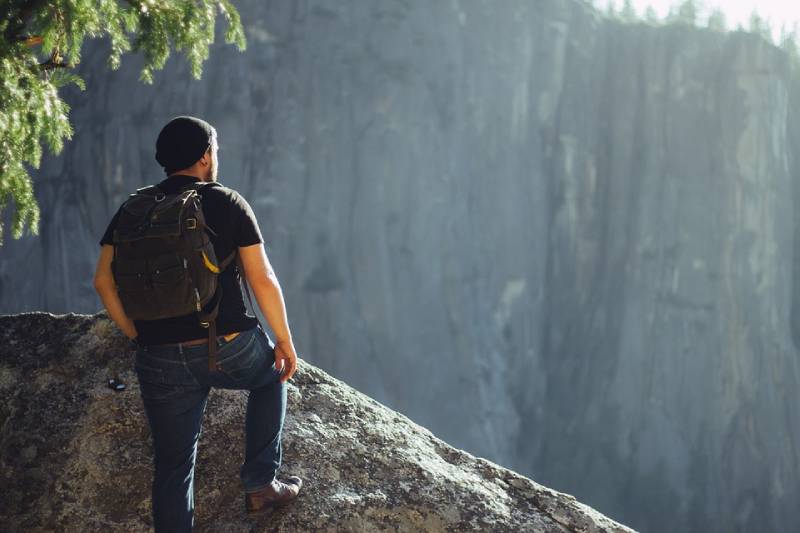 Since you are hiking up to a cliff, do be prepared for some steep and tight spaces, so if you are one that cannot hike up steep inclines, this may not be something that you wish to do. Because of this, it is not recommended to wear open-toed shoes or flip-flops. Instead, wear either hiking shoes or tennis shoes.

Luckily, though there are steeper and more stressful areas of climbing, there are a lot of places to take a breather and rest. The best part is that most of these places to rest have amazing and breathtaking views. You may even happen to come across people selling water and/or snacks, though that is not guaranteed.

Just as with most hikes, there are no restrooms on the hike, so if you have to go to the restroom, you will have to find a bush or a discreet place or wait until you have completed the hike. For this, be sure that you have something to wipe with on the way if this is an issue for you.

What Should you Bring on the Hike?

Below is a list of things you may want to consider bringing on the hike:

What will you Find at the Top?

Once you finally complete the hike, all of the inclines will be worth it. It is one of the most beautiful sights you have ever seen. However, if you have gone on a very busy or popular time of the year, you may not be able to see this view due to people being in the way of it, especially for the famous Instagram cliff.

If you can brace the line for the photo op, you can take your very own illusion photo. It may take up to an hour to get to the front of the line, but if this is the reason why you went there in the first place, it is recommended that you wait because you may never get the chance to get that photo again. You can even take turns waiting in line with the other people that are with you.

If you need some ideas for photos to take once you get to the top of the hike, you may want to scour social media for some ideas and inspiration. Getting that perfect over-the-cliff photo can look intimidating, but there is often a photographer waiting at the hike to take that perfectly angled photo for you.

The best part is, when you go on a day when this photographer is working, he charges a mere $5 for every 10 photos which are definitely worth it for getting the perfect shot. He may even allow you to take photos on your phone as well rather than on his camera.

Don’t worry though you will not actually be hanging off a cliff, though it will look like it in the photos. In fact, there is solid ground just beneath you, but with the perfect angle, you will look as if you are defying gravity. Everyone on your social media will be jealous.

Overall, if you are planning a trip to Rio de Janeiro, one place that you must go to is on the Pedra do Telegrafo hike. This hike is all over social media and is well known for its amazing views and death-defying photo opportunities.  It is not too hard of a hike, though it is not one for the weary. However, if you can push through it, you will not regret what you find at the end. There are things to be wary of such as water, sunscreen, and more, but with the proper supplies, you can make it through without a hitch.

In the end, it is a hike that is worth every moment of it. From the bus ride to the hike, this is a journey that you will never forget no matter what. So, put on those hiking shoes, and get to hiking now!