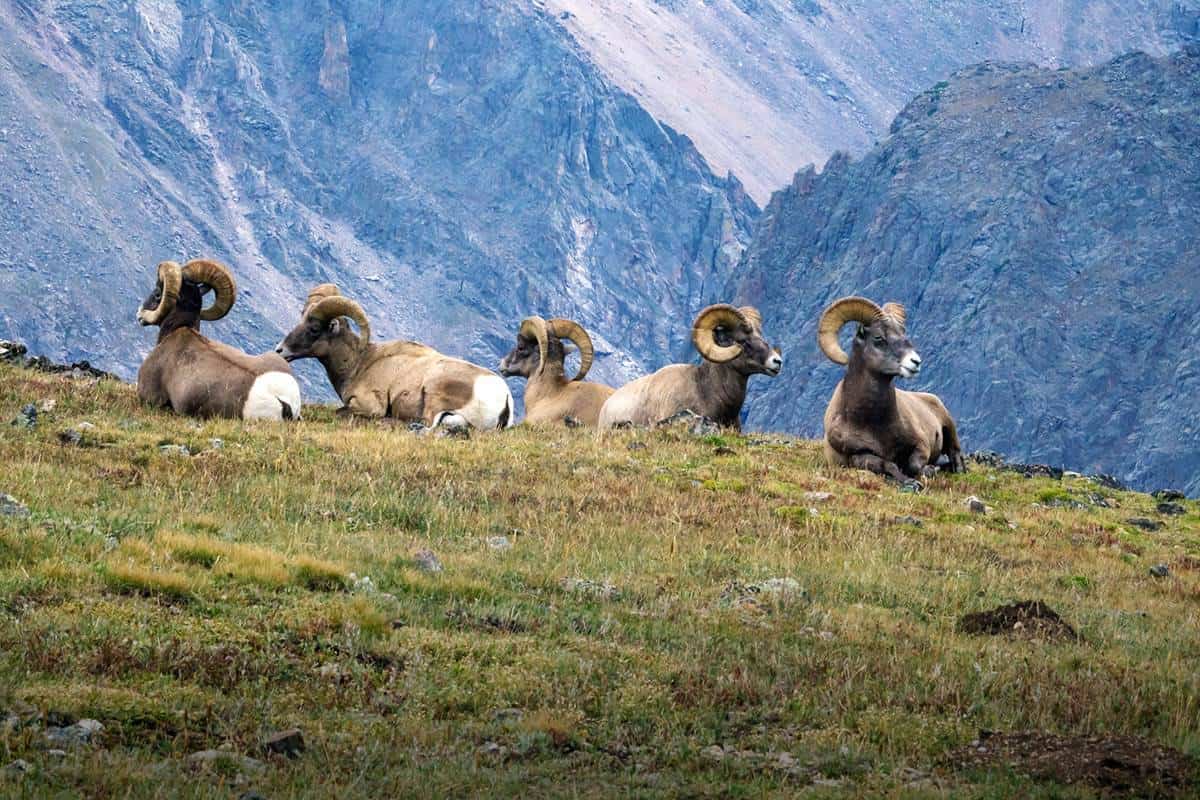 The warmer parts of the year are slowly approaching, and one of the best ways to enjoy the spring is vacationing in the outdoors. In addition to exploring the wilderness and getting exercise on hiking and biking trails, this decision allows you to come across wildlife that you most likely won’t encounter in your backyard. If you want to spot animals that come in all sizes and varieties, then we recommend visiting the Rocky Mountain National Park, which is home to different animals that require different distances to enjoy their beauty in safety. Here is a list of animals you might spot if you decide to stop by the Rocky Mountains.

If you’re hoping to find larger animals that won’t look at you like a snack, then you won’t have any trouble running across herds of elk. When I visited the Rocky Mountain National Park three years ago, these large members of the deer family were among the most common mammals I saw throughout my stay. 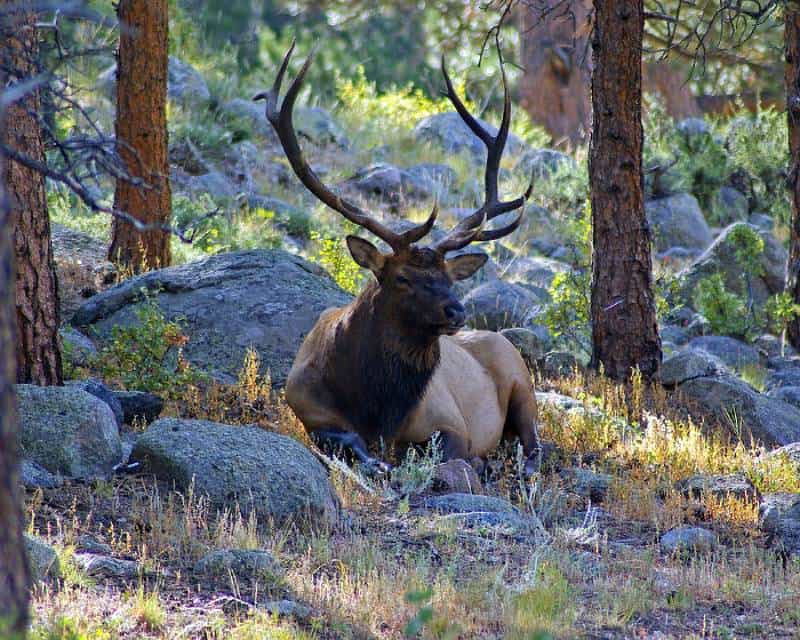 They normally occupy large fields by bodies of water, so you’ll most likely find bigger crowds of elk in these areas than if you were traveling through the woods. If you stop by in the early parts of spring, they will appear much bigger because of the coats they grow during the winter.

The Rockies don’t serve as the home to the majority of wolves in the United States since they were pushed out in the early twentieth century. However, visitors get the next best thing in the form of coyotes. These members of the canine family will be easy to spot out among other relatives thanks to the bushy tails that are down when they run. 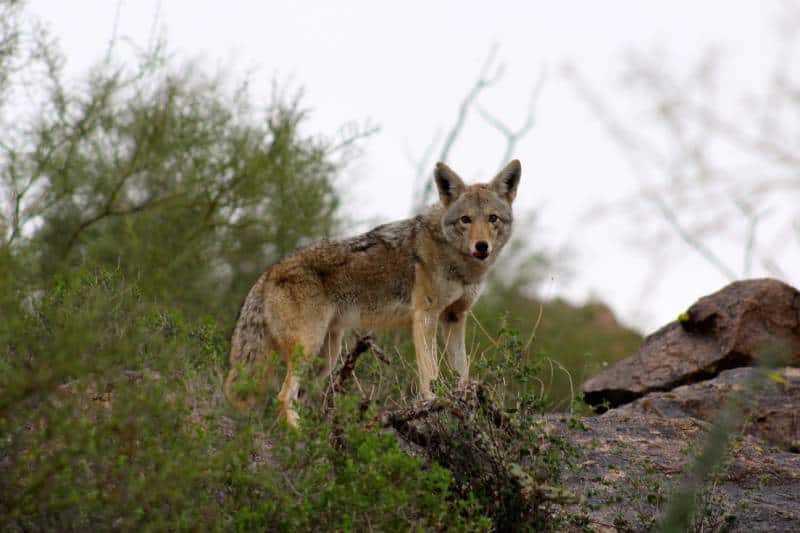 Coyotes will travel in either packs or on their own, which should increase your chances of spotting one. You may end up stumbling across one of their den sites, which they often set up in different environments. So, be sure to keep an eye, and distance, for these creatures.

When it comes to smaller animals that you won’t have to be as careful around in the wild, snowshoe hares fit the bill very well. Your luck finding one will depend on their coating, as the most common colors for their fur are white, brown and black. Some parts of the Rockies may still be covered in snow when you visit, so the white ones will be harder to spot, as they often use the snow to hide from predators. 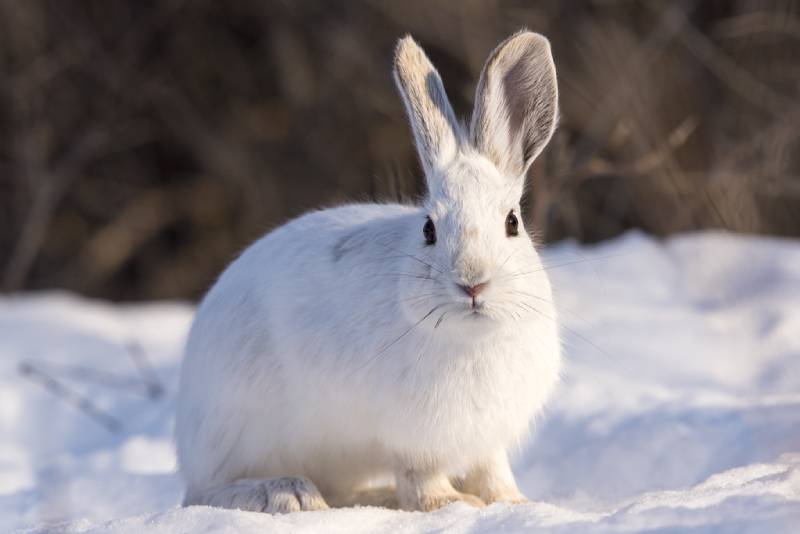 Dawn and dusk are the most likely times of the day that you’ll be able to see snowshoe hares. These hares are nocturnal, so they use these periods to look for food.

Certain species have gained the reputation as the symbol of particular national parks, and when it comes to the Rocky Mountains, that honor goes to the bighorn sheep. In addition to being North America’s largest wild sheep, these mammals stand out with the humungous horns on their heads. The males and females will be easy to separate because the former have bigger horns.

You won’t have to rely solely on fields and bodies of water to find these sheep as you would with most animals with hooves. Bighorn sheep are known for making huge jumps while they climb cliff faces, so be sure to have your camera out so that you can record some amazing moves they might make on their journey to the top of a mountain.

Moving over to the omnivores, one of the biggest to occupy the Rockies is the black bear, which is the only bear that you’ll find in this spot. While some members of this bear family have lighter shades of fur that can almost be brown, knowing it’s a black bear will help you avoid confusing it from a grizzly. The size difference between these two bears will also give it away. 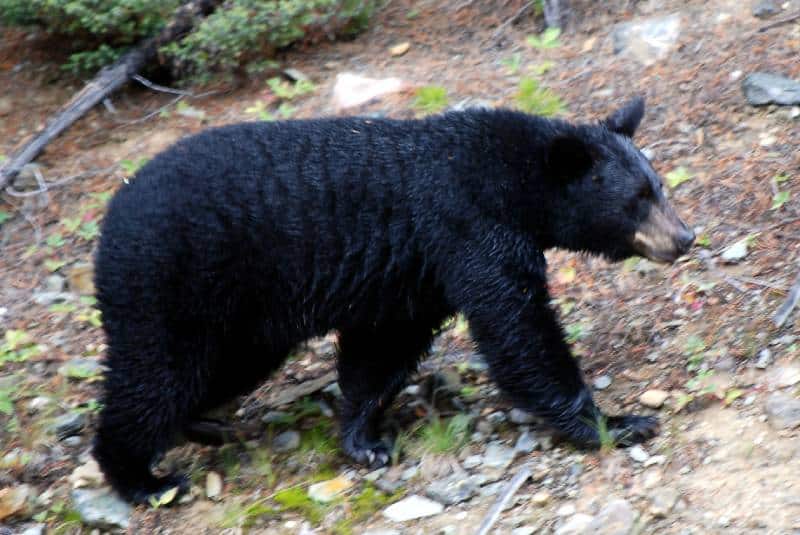 I came across several areas in the park that had signs that advice what to do if you come across a black bear, which includes staying calm, making lots of noise, standing tall, and fighting back if they attack. However. Chances of them attacking are low since they make plenty of effort to avoid humans.

Back to the herbivores, as well as the deer family, moose are also known to occupy the Rockies. Their size and antlers make them among the more dangerous of the animals who don’t eat meat, as they also rely on their legs to fend off predators, as well as to get through snow and travel through water. This means that you’ll have a good chance of finding them no matter the time year you visit.

If you want to make sure you spot moose during your stay, stop by locations in the park full of willows and aquatic vegetation, which are where they go to the most for food. You’ll need to be at a greater distance from moose when you’re watching them than you would if you spotted other deer, especially if calves are nearby.

When it comes to enjoying a mammal’s presence from a large distance, very few serve as a better example in the Rockies than mountain lions. They are currently the largest predators in this national park, and they rely on most of the other creatures on this list for food. While mountain lions are harder to find than most mammals in the park, we advise staying in a car that is far away so that you have a shield and way to outrun them.

Female mountain lions are more likely to travel with others, so any cougars that you might spot on their own are most likely males. Travel in groups for extra safety, though if you are not in a car and are approached by a mountain lion, it’s best to stay still, speak in a firm and calm voice, and fight back if attacked.

Make sure to bring a camera and follow all safety precautions so that you can enjoy these beautiful creatures in their natural habitats, something you can’t see even at top zoos in the country.