Wouldn’t it be a great story to tell if you were one of the first people to travel to a newly-named country? That is exactly what will happen if you choose to travel to what is now known as North Macedonia since it only got that name this year. Traveling here will not only make for a great adventure, but it will also mean that you are one of the very first people to visit the newest named country in the whole world. That means it is the most recent country to have gotten its official name.

On top of that, North Macedonia is filled with a ton of history, things to do, places to visit, and more that will make your once in a lifetime trip worthwhile.

As stated, Macedonia has a strong and woven history. Because it is located on the Balkan Peninsula near Greece, it was used as a connection route between the Mediterranean Sea and Balkan civilizations.When it was ruled by Alexander the Great, it was quickly made to be one of the largest empires of the world. Before it was that, however, it was known as Ancient Macedonia and was an extension of the Greek states. It was known for its strength and might against enemies.  After Phillip II who dreamt of taking over Macedonia came Alexander the Great who was raised and tutored by the great Aristotle. He ruled over this region for 13 years and altered the entire history of this region. Though he took the reign at such a young age, he led the Macedonian army into victory in many battles, giving it its reputation of power and might. However, because his death was so sudden and he had no heirs to the throne, the strong empire of Macedonia quickly fell apart following his death. Instead, it was divided up among military generals.

Macedonia, as can be seen on the map, is an almost round or oblong country encompassed by the countries of Kosovo, Serbia, Bulgaria, Greece, and Albania. The entirety of the Republic of North Macedonia ranges for about 9,928 square miles, so it is fairly large.

The capital of North Macedonia is Skopje, the largest city that can be found in North Macedonia. It is also known for being the central hub of all of the country’s politics, culture, economy, and academics. This is no new region, however, as it has been inhabited dating all the way back to 4,000 B.C. Skopje can be found on the very upper side of the Vardar River and on the route between Belgrade and Athens. It runs for around 220 square miles and is the home to over 540,000 inhabitants. The main source of income in this region is metal-processing, timber, chemical, textile, leather, and printing.

When you see the flag for the country of North Macedonia, you cannot miss it. It is bright, vibrant, and appealing. With a bright red circle encompassing the middle and yellow lines coming out from it, eight in total, this flag gives the allusion of a sun with a vibrant red background. The older version of this flag was made and adopted in October of 1995 and was designed with the Vergina Sun, an ancient Greek symbol. Now, the flag has been changed to the now-seen eight ray sun known as the “new sun of liberty”.

The red colors in the flag was derived from the original Slavic Macedonia and is deeply rooted in the heritage and culture of this region. The idea of the “new sun of liberty” was taken from the original flag and is also featured in both the national anthem of the country as well as the coat of arms.

Population and Language of Macedonia

The overall population of Macedonia is just over 2 million. The primary inhabitant of this region is the Macedonians with the Albanians close behind them. The Albanians are primarily location in the northwestern part of the country. On top of that, there is also an estimated population of 260,000 Romas. In terms of religion, over 65% of the country identifies as an Orthodox Christian, many of which are in connection to the Macedonian Orthodox Church. Other branches of Christianity make up a mere 0.5% while Muslims make up for the remaining 33%. Prior to the Holocaust, there was also a large number of Jews in the region, many of which were wiped out during World War II. The people of Macedonia speak Macedonian, a South Slavic language that is distinguishable to the region.

Because of its location, many people that are planning to travel to the region of Macedonia first ask, “Is it safe?” or “Are there a lot of interesting things to do in Macedonia?” To help you in your potential travels to the Republic of North Macedonia, we have found the answers to all of the most commonly asked questions that encompass travelling and visiting this newly-named country.

Is the Country Safe?

This is one of the most commonly asked a question that is asked about this region, and the answer is yes. The Republic of Northern Macedonia is perfectly safe and is travelled to by many tourists every year.

Do I Need a Visa to Travel?

What is the Weather in Macedonia?

In the winters of Macedonia, the weather can go all the way down to -4-degree Fahrenheit, making it a very cold country to visit in the winter months. However, in the summer months, Macedonia weather can go all the way up to the 100s in Fahrenheit. Because of this, there is a great variance in weather throughout the months, so do research before you travel there. You do not want to be stuck in Macedonia during the winter months without the proper clothing. The weather in Macedonia also varies from region to region, so while one region may be scorching hot, the others may be nice.

What Currency is Used?

What is There to Do?

In Macedonia, there is a large variety of big cities, lakes, rivers, mountains, national parks, and more. Because of that, there is no shortage of things to do or see. You can choose to go on a hike, go shopping, visit the major cities, or more. The possibilities are endless. The most popular cities to visit and experience, however, are Skopje, Bitola, and Ohrid.

Things to Know About Macedonia Before You Travel

Now that you know the basics of the Republic of North Macedonia and travelling there, there are some crucial facts that are important to be aware of when planning your trip. Below are the top 12 things you should know before taking a trip to Macedonia: 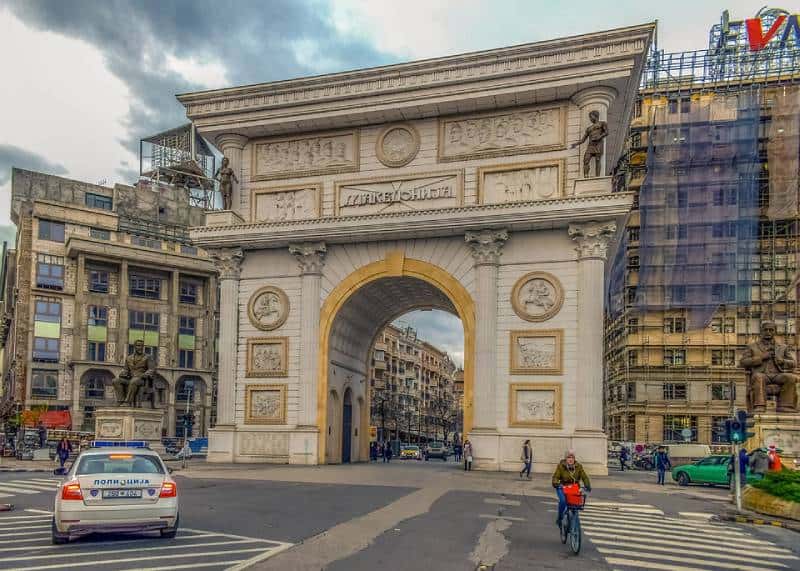 As stated earlier, the name was highly debated and fought over for years and was just recently changed. Because of this, it is important to be aware and know the proper name for this country since the topic is so fresh and sensitive.

2) Skopje Has Had a Major Renovation

Back in 2014, Skopje, the capital of Macedonia, went under a major renovation. To see what it looked like before leaves you baffled at how it looks now. This renovation was first launched in 2010 and was aimed to make the capital more visually appealing for tourists though it was quite controversial due to the high rate of poverty in the region.

3) Skopje has a Large Bazaar 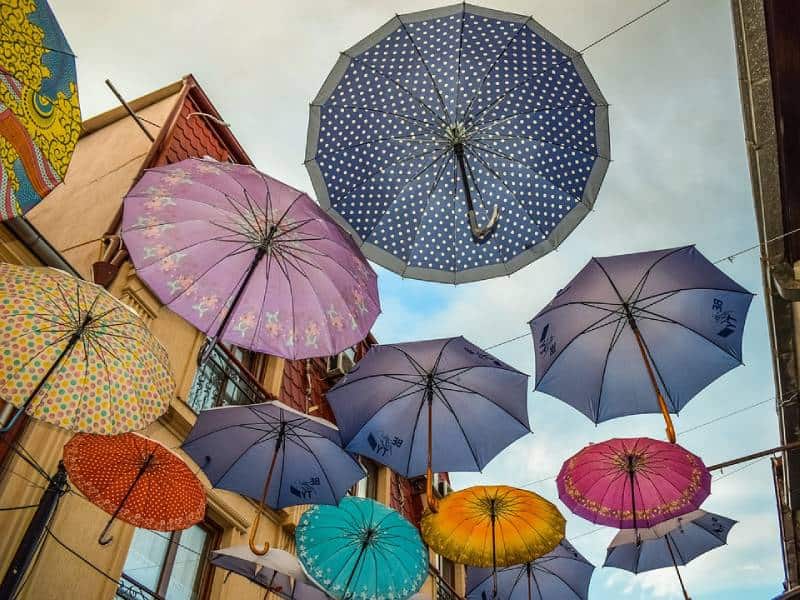 What many people don’t realize is how large of a bazaar Skopje has. In fact, it even measures up to Istanbul’s immense bazaar. It is a big attraction for tourists because of the things to do, see, and experience. It is also the hub for the culture of this region and city.

4) Bitola is one of the Best Cities to Visit

Being the third largest city in the country, Bitola is a central hub for tourism and travelling. It is very aesthetically pleasing in terms of the architecture and buildings. On top of that, there is a lot of things to do while in the city.

5) Ohrid is also Great to Visit 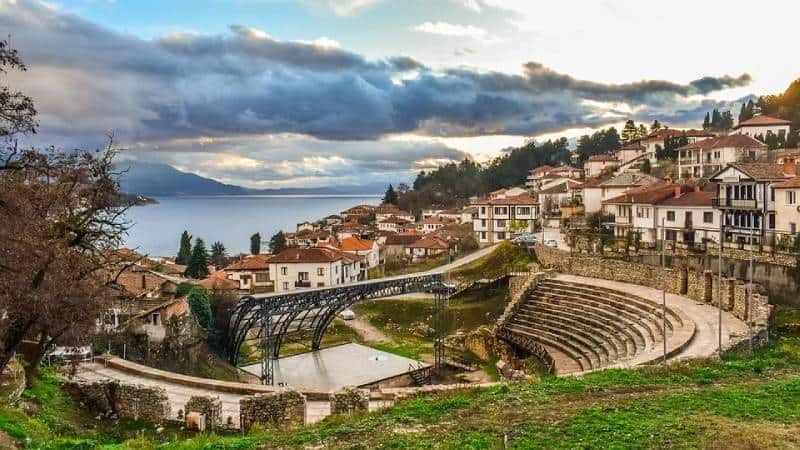 Another great place to visit while in Macedonia is the city of Ohrid. While Ohrid is generally empty during the winter months, is has great places to look out and take in the beauty of Macedonia.

6) The Water is Clean to Drink

Unlike other regions of the world, the water in Macedonia is actually safe to drink. You don’t have to worry about getting sick if you drink from the tap.

7) They are Known for Their Wine

Macedonia is famous for one thing above all else: their wine. One of the top wine brands made and sold in Macedonia is known as Tikveš. This wine can be found in various stores throughout the country and is guaranteed to be among the best wines you have ever tasted.

9) There is a Lot of Smoking 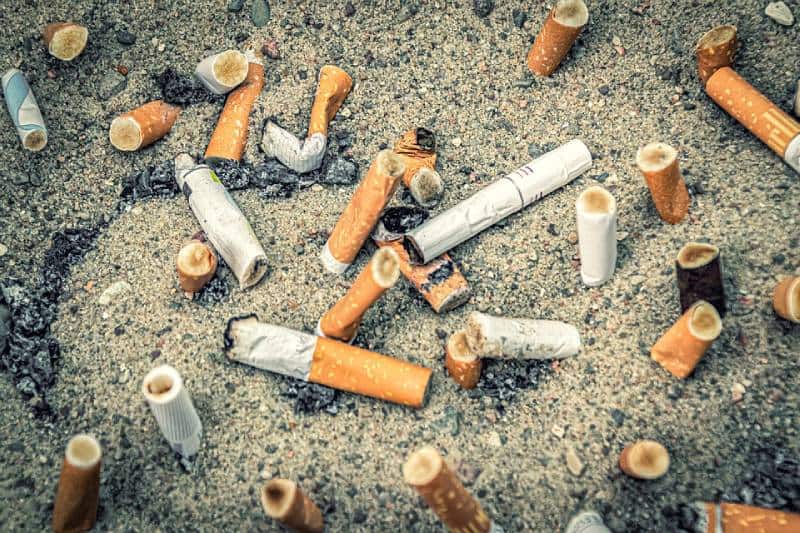 One thing to be wary of, especially if you have sensitive lungs, is how much smoking there is throughout the region. Throughout the country, there is a large amount of smokers, so you will probably come in contact with it everywhere.

You won’t have to worry too much about the costs of travelling in Macedonia since much of the stuff there is very inexpensive. Whatever image of costs you have in your mind right now, it is probably even lower than that. Everything is extremely cheap, so it is a great and beautiful place to visit if you don’t want to spend too much while there.

11) There are Beautiful Landscapes 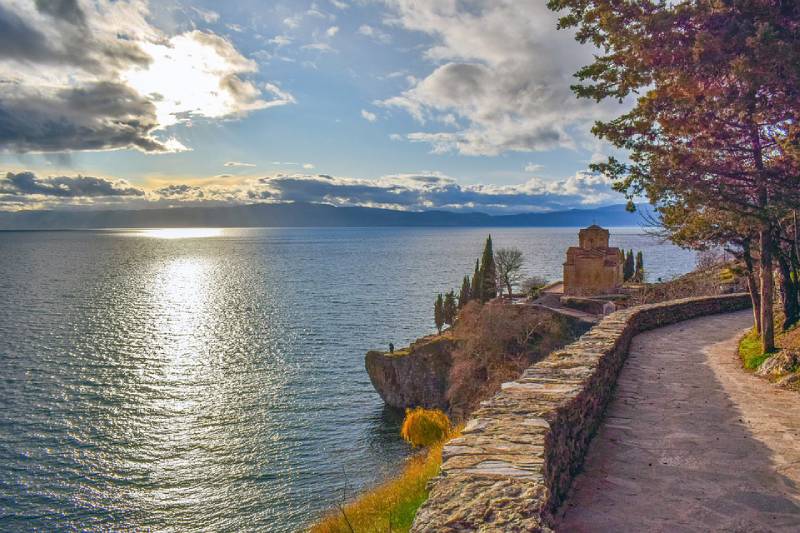 Aside from the large cities and towns, there is also a lot of nature to see when travelling through Macedonia. There is a large number of mountain ranges, lakes, rivers, valleys, and caves to see. On top of that, there are also three national parks throughout the country. Because of this, there is a lot to do and see if you are not interested in hopping from city to city.

12) The Culture and People are Amazing

Because of the immense history of this country, there is a very rich culture that you can not only see but also experience when visiting. On top of that, the people who live in Macedonia generally have a great sense of humor and are very welcoming and polite which is not something that is experienced everywhere.