Belgrade, the capital city of Serbia, is quite an interesting destination. Although most people coming to Belgrade seek nightlife during the weekend, the city offers many opportunities for a comprehensive family vacation. Among other activities, you can unwind in its parks, along its riversides, and in the nature that isn’t far off. In this beautiful city, you can walk along a river in the morning and climb a nearby mountain at noon. Early afternoon is ideal for a visit to a museum or two, while late afternoons and evenings are good for going to a cinema. Most of all, however, pay attention to the following points of interest and activities:

Kalemegdan (Belgrade Fortress) used to be a formidable stronghold in the past, which is an oasis of tranquility and fresh air in the heart of Belgrade today. The city’s principal attraction assumes a vantage point over the confluence of the Danube and Sava rivers, boasting marvelous panoramic views. The area within the mighty walls was planted with trees once such defensive systems were outdated. Barracks, armories, and warehouses were replaced by walking paths, sports grounds, and children’s playgrounds. The Belgrade Zoo, one of the oldest zoos in Europe, was established in 1936. 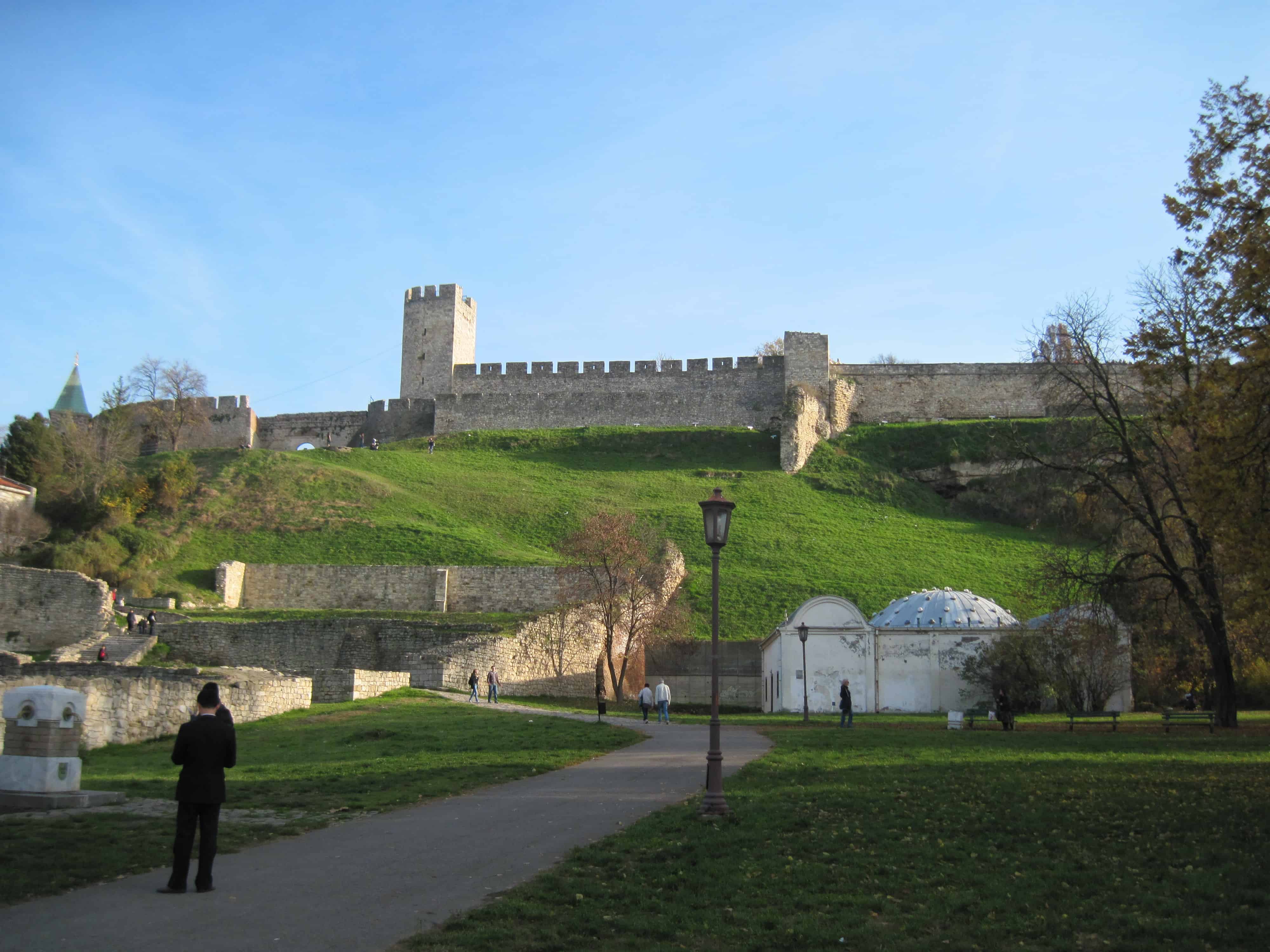 As you wander around the expansive area, you will pass by various monuments. You will recognize The Victor (a symbol of Belgrade) and the Monument of Gratitude to France as the most striking ones by far. The Victor depicts a young male with a sword and an eagle, commemorating the victory in the First World War (WWI, 1914-1918). The Monument of Gratitude to France depicts a fierce lady drawing a sword while rushing to aid Serbia during the same war.

While you are out and about, pay a visit to the Observatory and the Planetarium. The former is housed in the medieval tower in upper Kalemegdan; the latter occupies a former Turkish bath in lower Kalemegdan. A few hospitality facilities, including a lounge bar, café, and a restaurant, are always nearby.

The way to the most comprehensive military museum of the Balkans is lined with devices originated throughout past centuries. Your kids are sure to enjoy the sight of cannons, tanks, and torpedoes before you enter the museum. Basic information is provided in English, but don’t hesitate to ask someone to find out more. In Belgrade, most people speak English. 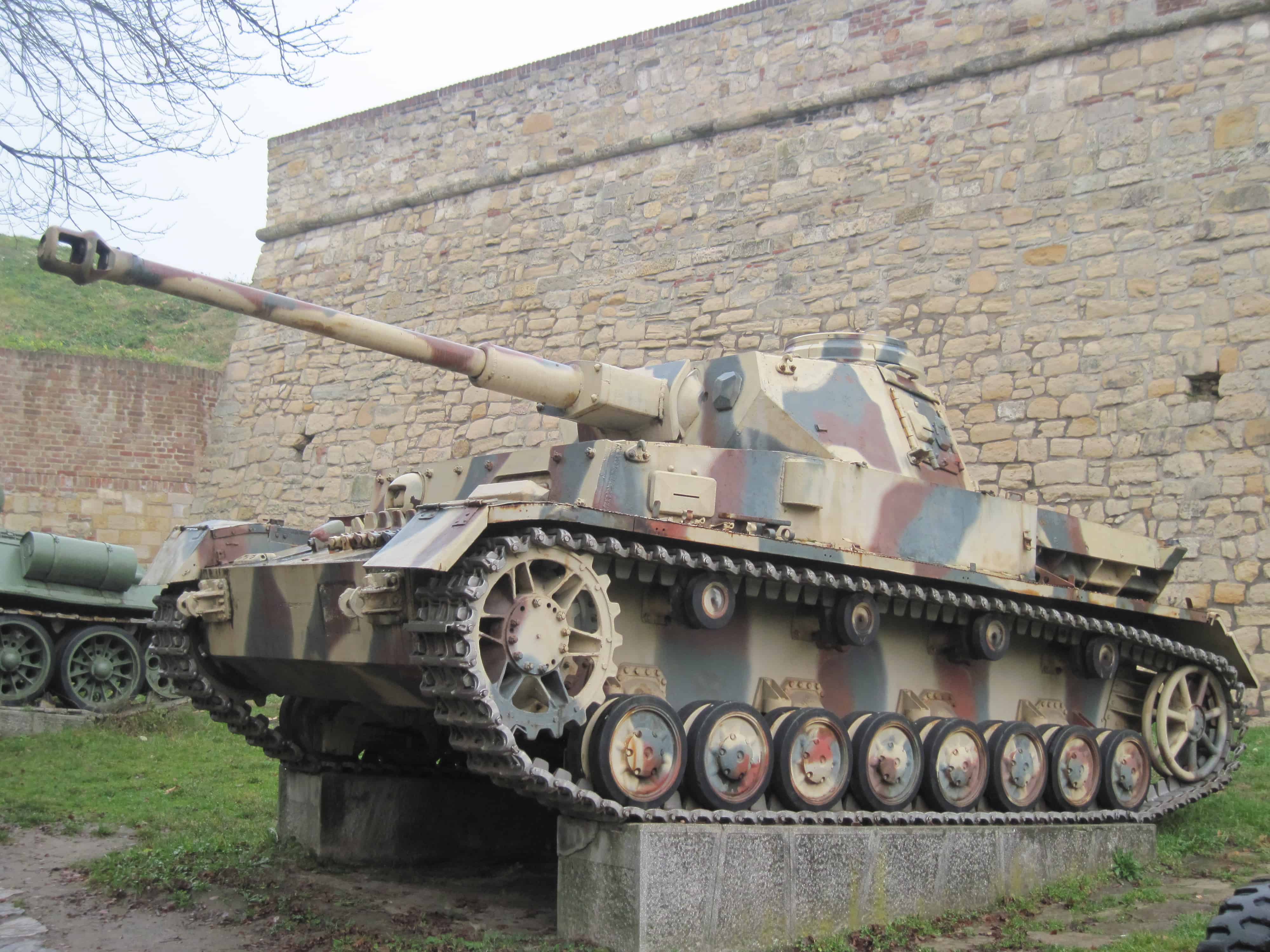 The Military Museum elaborates on the history of the Balkans from Roman times onward. Both great 20th century wars, the Turkish expansion into Europe, and the wars against the Turks are particularly well-elaborated. Here you can see small-scale models of medieval fortresses, cold and fire weapons, armors, and uniforms among other exhibits. You should also make use of the available interactive content. Pay special attention to the screen showing how Serbian troops defeated the Austro-Hungarian army in the Battle of Cer (1914). It was the first defeat inflicted on the Central Powers (which consisted of the German and Austro-Hungarian empires, Bulgaria, and Turkey) in  WWI.

Knez Mihailova is the main street in downtown Belgrade, leading you directly to the Kalemegdan. It’s a pedestrian zone, filled with fashion stores, bookstores, art galleries, cafes, and restaurants. You can also find exchange offices here that offer the best rates in the city. Street performers are about most of the day, while open-air cultural exhibitions take place occasionally. 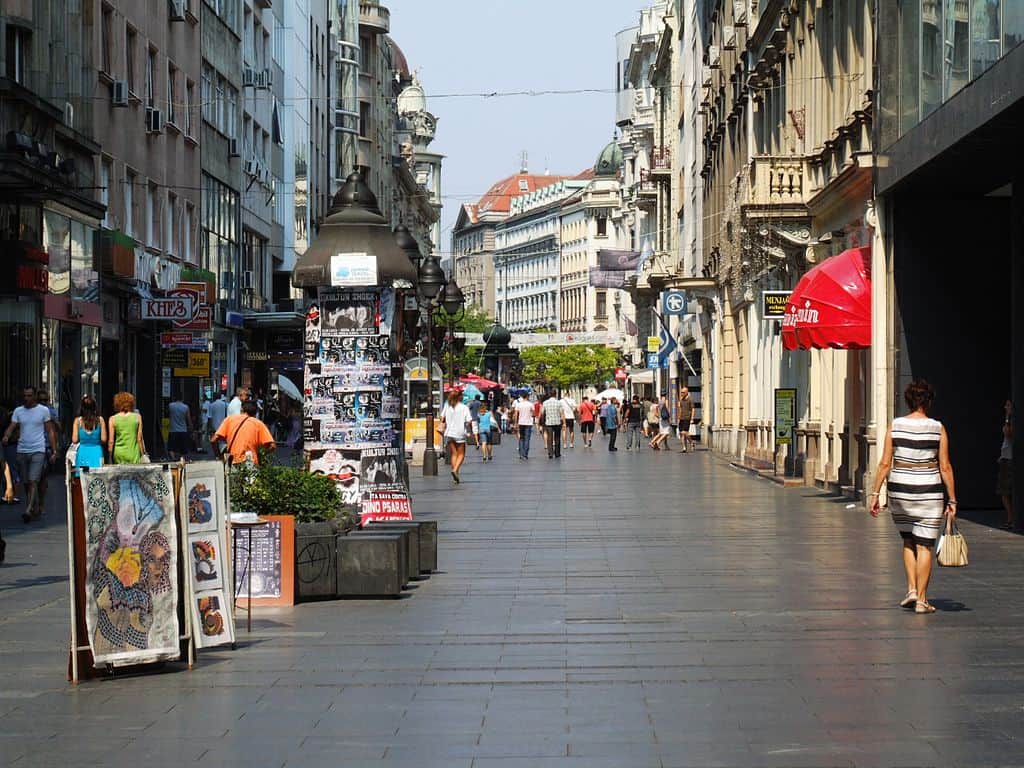 Attend free classical music concerts in the Gallery of Serbian Academy of Sciences, and Art. Exhibitions are available in the Serbian Association of Fine Arts Gallery. Or you can enjoy a sunny afternoon on a café’s outdoor terrace. For some authentic shopping, visit the Katapult store, selling handmade and antique items. The store is next to the main Tourist Info Center of Belgrade.

Next to Knez Mihailova is the Republic Square, the main square in Belgrade. The National Museum (officially under renovation since 2003) and the National Theatre (staging theatrical shows and operas) are its main landmarks. In front of the National Museum, you can see the only equestrian statue in the city. It honors Knez (Prince) Mihailo Obrenovic, during whose reign the Turks abandoned Serbia for good (1867). The Turks ruled Serbia over five centuries.

The history of Serbia and Belgrade is full of turbulent events that left few remains of the past. The Residence of Princess Ljubica, built in the 1830s is one of them. It was the official residence of Ljubica and Milos Obrenovic, who was the founder of the Obrenovic dynasty. The dynasty ruled Serbia from 1815 to 1842, and again from 1858 to 1903. 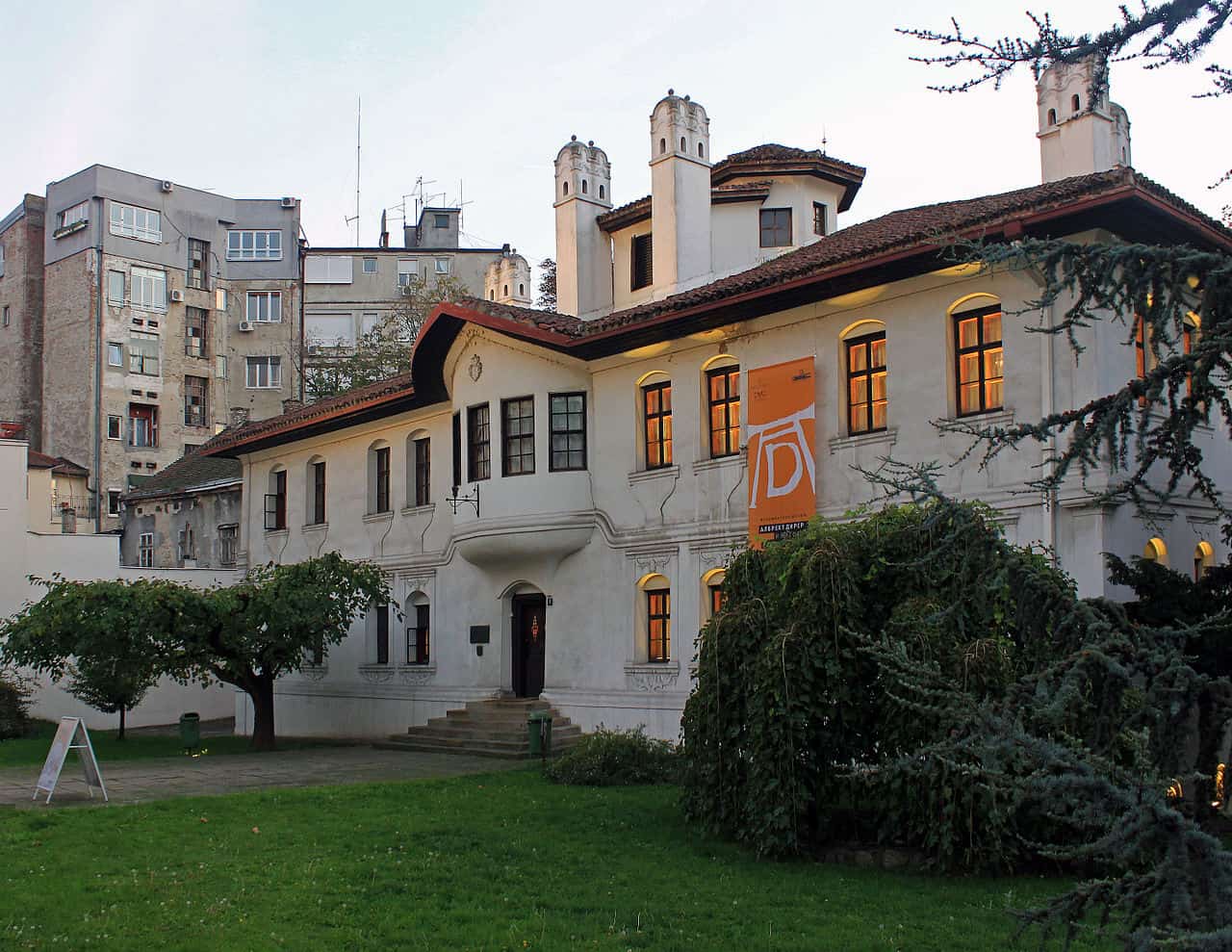 The museum depicts the transformation of Belgrade into a modern capital in the 19th century. You can see official and private rooms featuring various styles, including Turkish Ottoman, Biedermeier, Baroque, and Second Empire among others. The residence regularly stages an interesting mono-drama in English. Princess Ljubica’s narrative describes family relations and the struggle of the Serbian people for independence.

Famous “Belgrade Sea” is the prime recreational area in the city. You and your family can enjoy various activities here, including water sports, swimming, cycling, skating, and playing tennis, basketball, and other ground sports. 8-kilometer (4.97 mile) long cycling and walking paths circle around the lake, whose shore is lined with numerous beach bars. Additionally, the Adventure Park and Bungee Jump are there for adrenaline seekers. 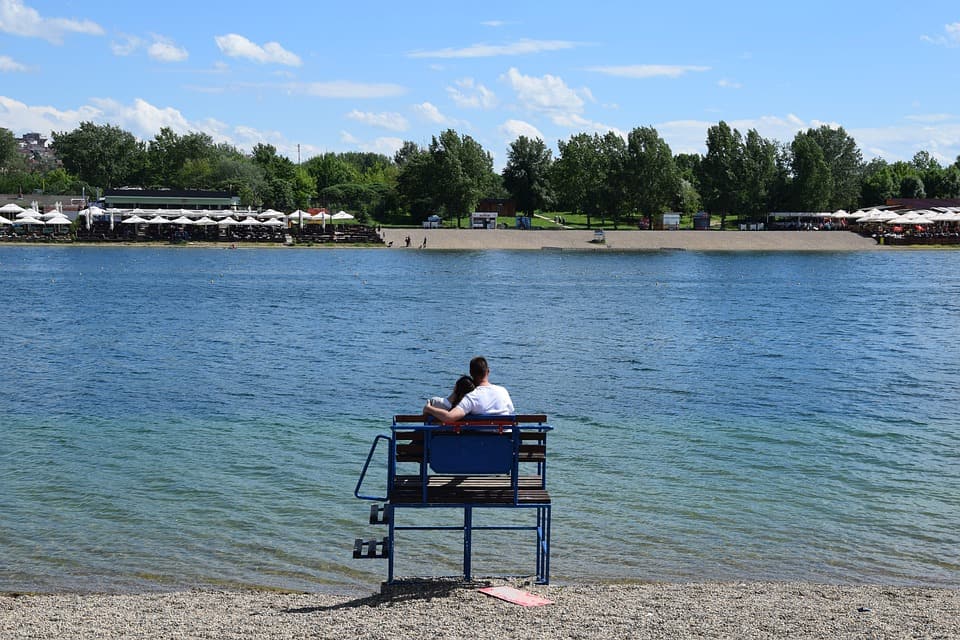 Kosutnjak is another popular recreation area where locals come to picnic, play sports, or simply hike throughout the hilly, forested expanse. Football, basketball, and tennis courts are some related facilities, and you can find a large open-air swimming pool in Kosutnjak too. Hospitality facilities are also available.

Belgrade waterfronts are great places for you to unwind.

The Danube riverside extends all the way from the confluence in New Belgrade to Zemun (Belgrade’s suburb). You can cover the ground by bicycle, inline skates, or on foot, and drop in to a boat-restaurant for a drink or a meal. Trees line the New Belgrade side of the promenade, while bars and restaurants are abundant along Zemun’s waterfront. Saran (Carp) and Reka (River) are some especially reputable restaurants here. Children can enjoy the fun park in New Belgrade’s section. Once you arrive in Zemun Quai, you can befriend swans and share your snack with them. 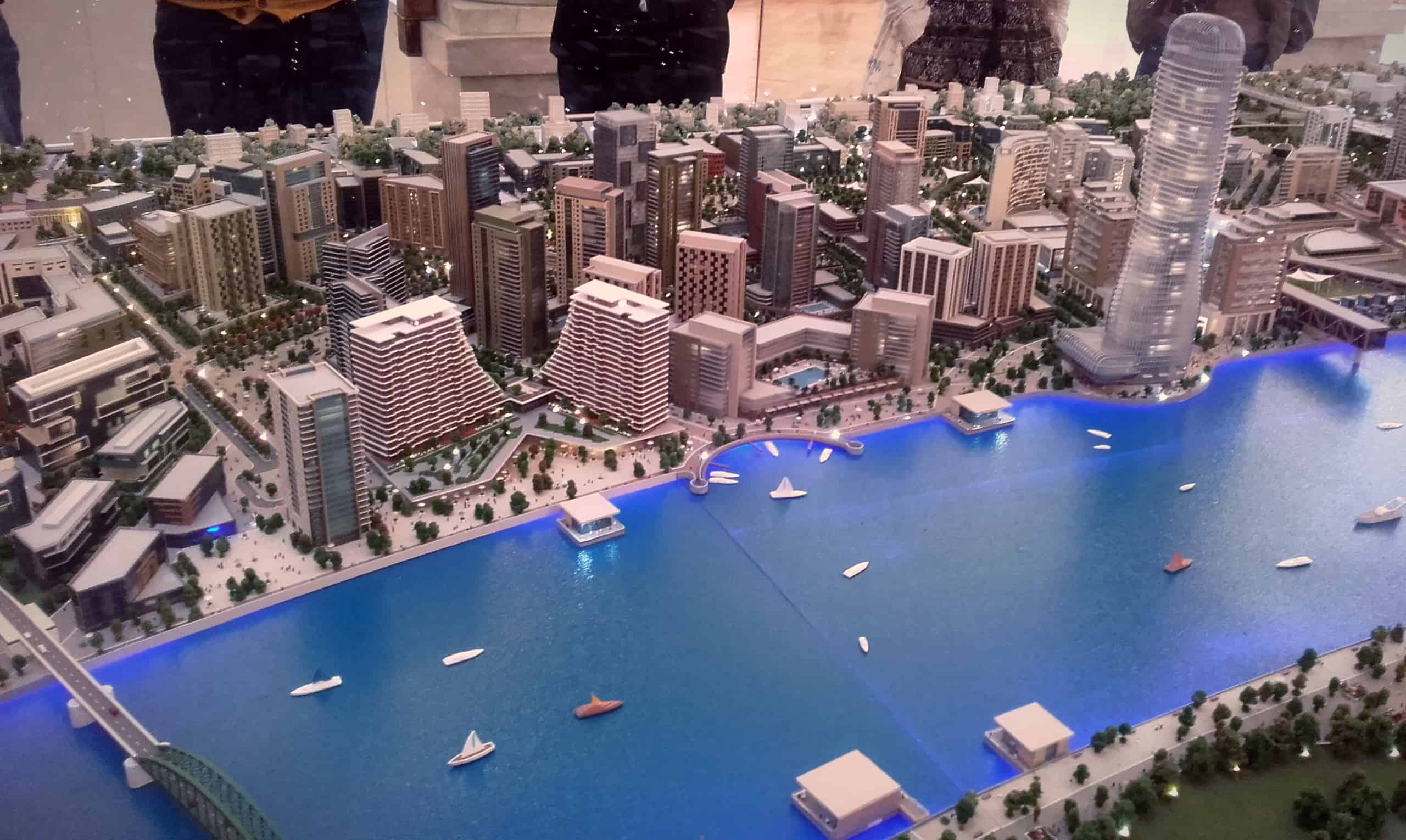 The Sava waterfront is also a very pleasant area for strolling and cycling, especially between blocks 70A and 45. Boat-restaurants and bars line the riverside, while shuttle boats sail between New Belgrade and Ada Ciganlija. For great, yet affordable dining, check out the Suvenir (Souvenir) Restaurant. For relaxing in a pleasant ambiance (from spring to fall), Valdano is a great choice. Until the end of WWI, everything on this side of the Sava belonged to Austro-Hungary.

In the Nikola Tesla Museum, you can gain an insight into the life and work of a brilliant scientist whose discoveries changed the world for the better. Although Tesla (1856-1943) never received  international recognition, it was he who discovered alternating electrical current while working for Thomas Edison. 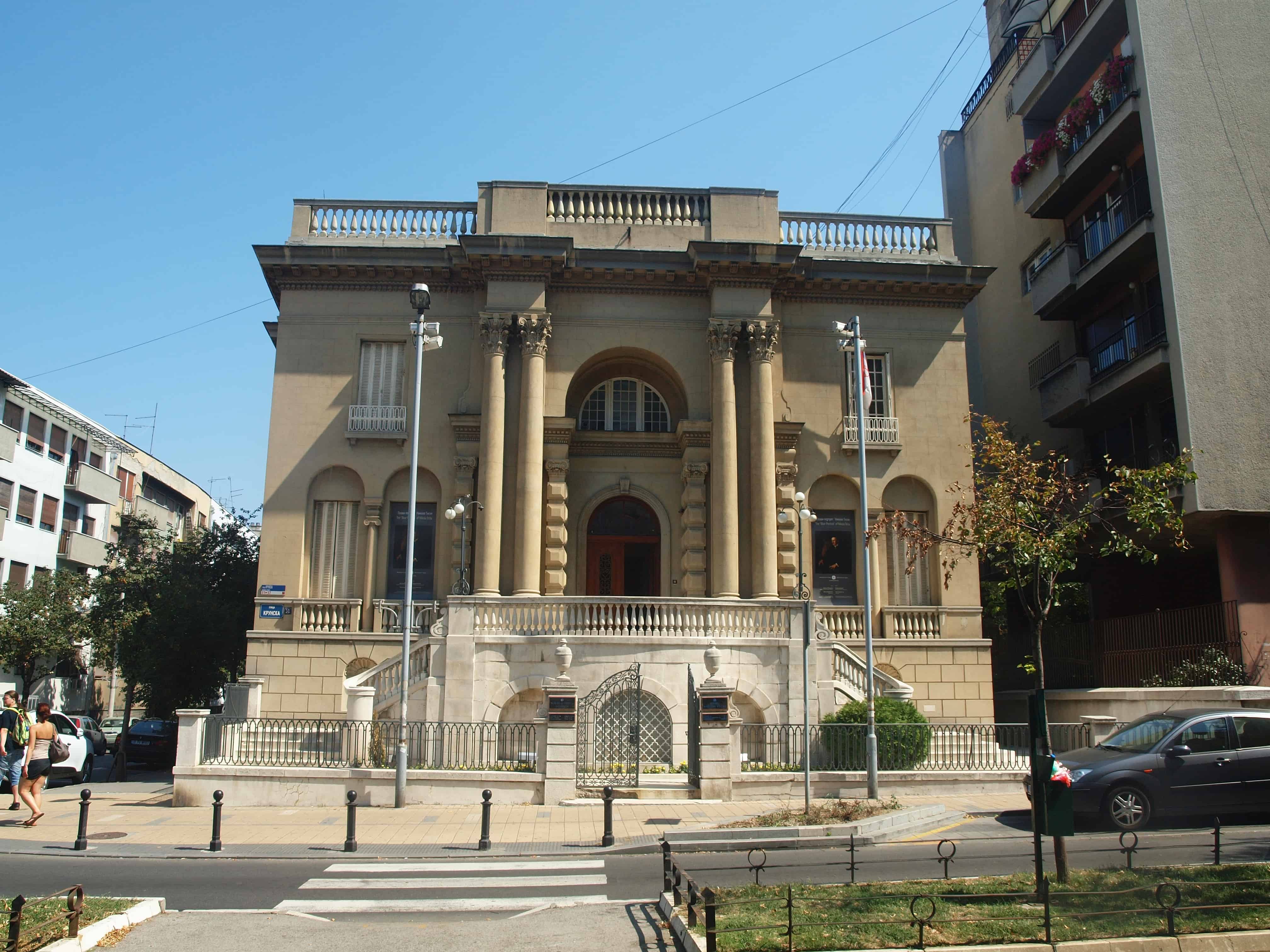 The guided tour is conducted in English, and you can take part in touching the lightning and other harmless, yet interesting experiments.

Saint Sava Plateau is dominated by the Saint Sava Temple, the largest Orthodox Christian temple in the Balkans. It was erected on the very spot where the Turks, according to legend, burned the remains of the most venerated Serbian saint (1594). Before becoming a monk, Saint Sava (born as Rastko) was a prince and a member of the medieval Nemanjic dynasty. Before the Turks emerged, Serbia became the mighty empire during the Nemanjic rule. The temple is an exquisite example of Serbo-Byzantine architecture. 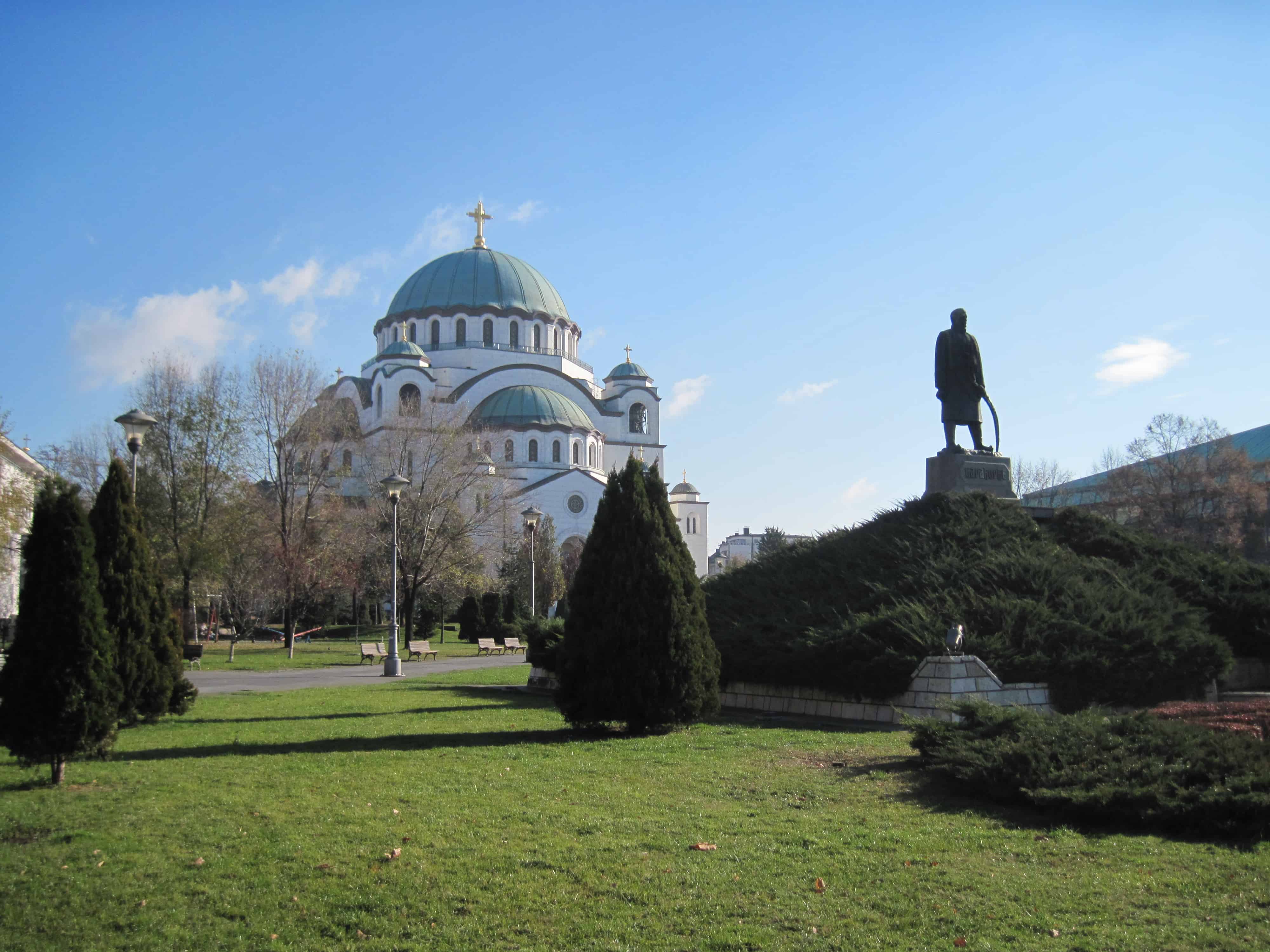 A monument in front of the temple honors Karadjordje (Black George). He was the leader of the First Serbian Uprising against the Turks (1804-1813), and the founder of the Karadjordjevic dynasty that succeeded the Obrenovic dynasty in 1903. Karadjordje’s capabilities were even acknowledged by Napoleon Bonaparte, who praised him as the best commander of their time.

Next to the Saint Sava Temple is the National Library. Everyone is allowed to become a member and use the library’s published materials, interactive contents, and other offerings.

The 511-meter high Mount Avala is a popular resort near Belgrade. The tallest structure at its top is the Avala Tower, offering unparalleled views over the Serbian capital from its observation platform, as well as a café. The Monument to an Unknown Hero assumes the mount’s summit, and you can experience the second best views from there. The monument is made of marble, and the curious thing is that it replaced the one erected by the Germans once they occupied Belgrade in 1915. It was their way to honor the endless heroism of the Serbian soldiers and people who opposed them. 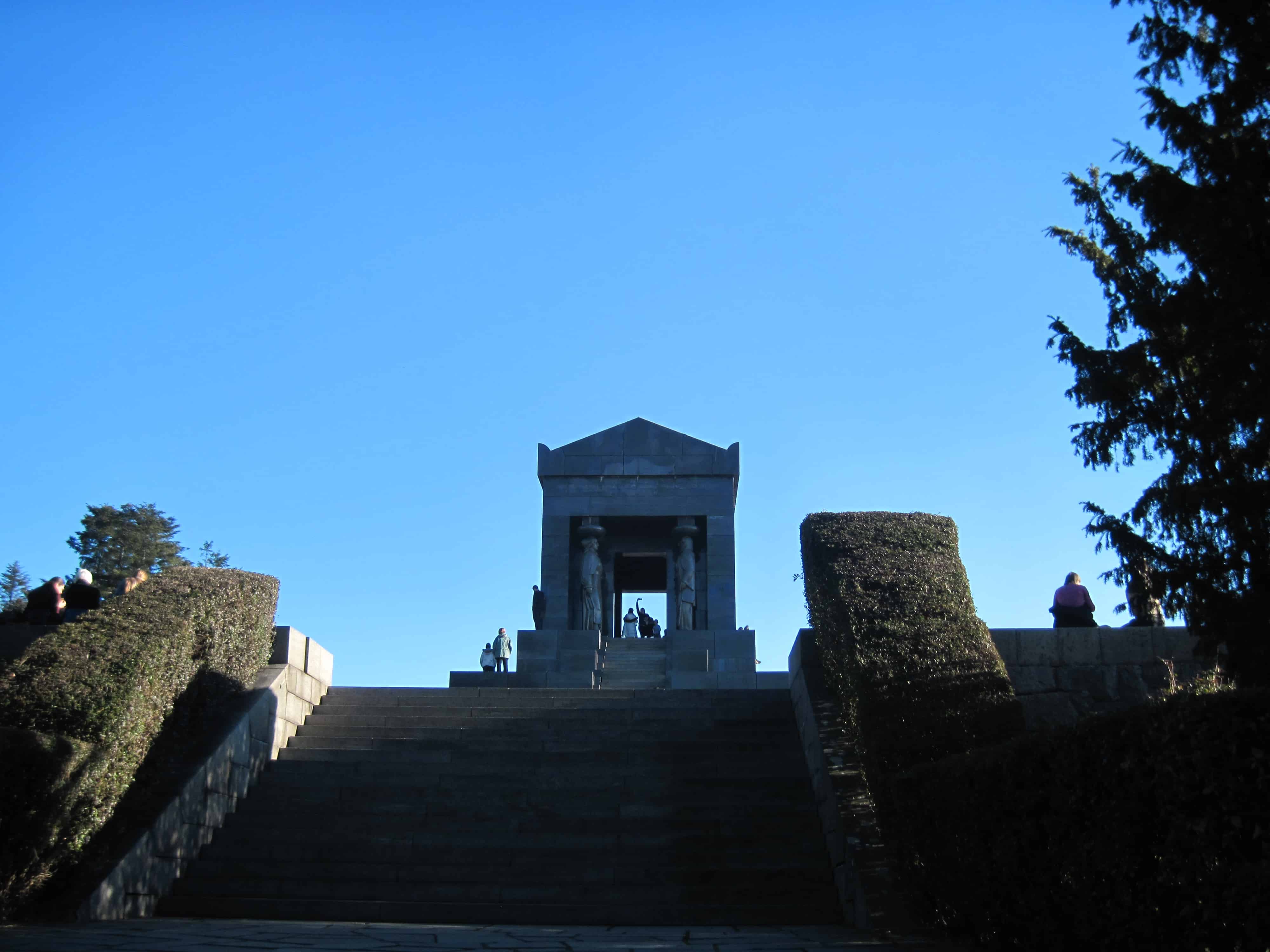 Somewhat lower, by the road leading to the top, you can see another monument. This one commemorates the Soviet Union’s representatives who were coming to Belgrade in 1964.Then,the Yugoslav capital celebrated the 20th anniversary of liberation from the Germans in the Second World War (1939-1945). These people participated in the liberation back then, and their plane crashed at the very spot where the monument stands today.

If You Have More Time

Get in touch with the Tourist Organization of Belgrade and schedule guided tours to the National Assembly and the Royal Palace complex if available during your stay.

A tour of the National Assembly takes you through the history, art, and national folklore of Serbia (before WWI) and Yugoslavia (after WWI). Yugoslavia was a multi-ethnic federation, comprising a single Muslim, three Orthodox Christian, and two Catholic Christian states. It was dissolved in 1992, breaking up into multiple countries. 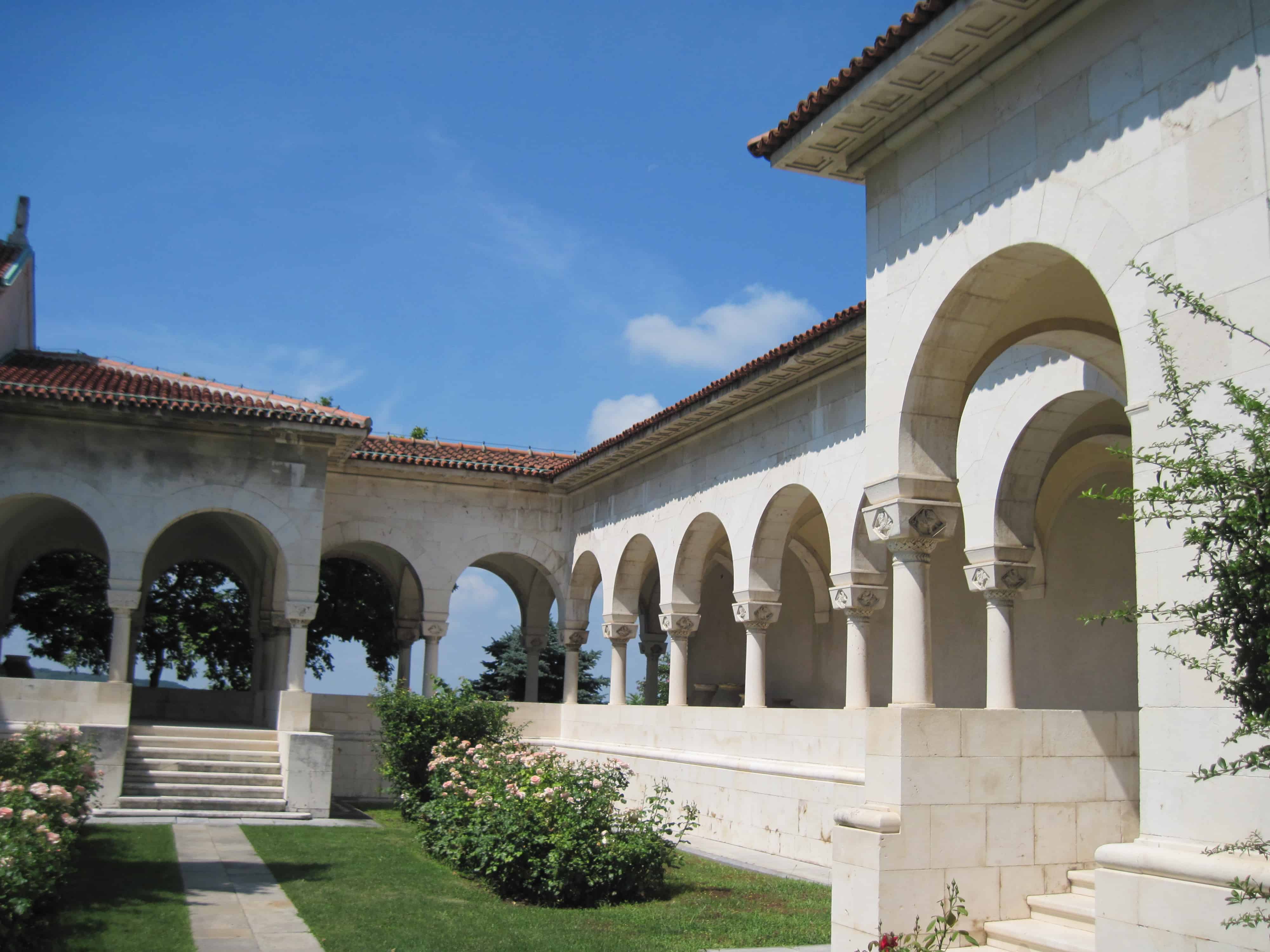 A tour of the Royal and White palaces offers a glimpse into the lives of the Yugoslavian royalty, revealing interesting stories, outstanding art pieces, and architectural styles.