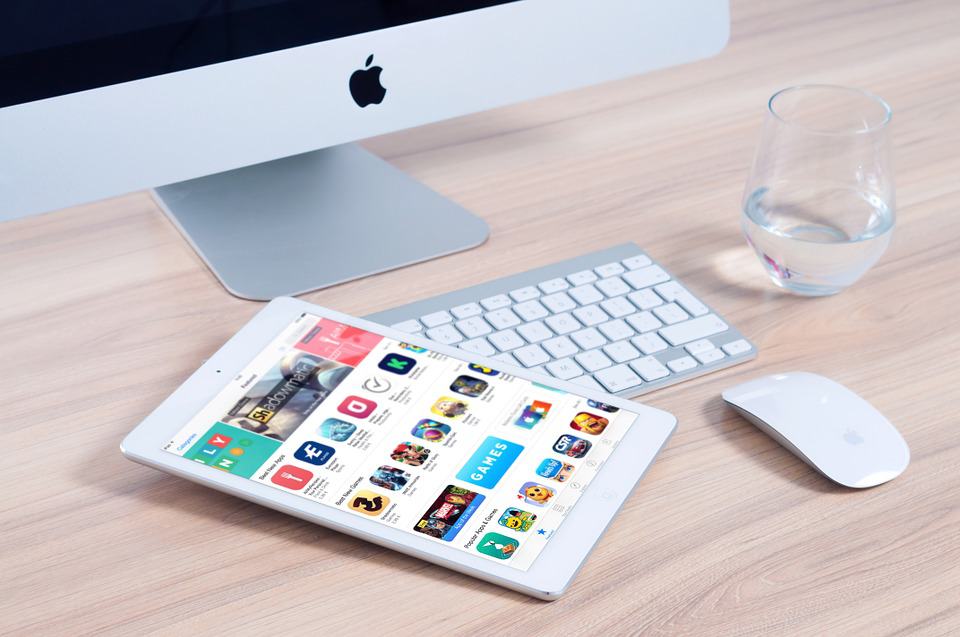 Aside from working out and eating healthy, learning a new language is part of the top 10 list when people write their New Year’s Resolutions. Whether it is also part of your New Year’s resolution, or whether you would like to learn just for learning sake, or because you are traveling to a foreign country with a different language than yours, learning a new language can be challenging yet fun at the same time.

The good thing is that with the modern technology that we have right now, you no longer have to go to a classroom to attend foreign language lessons. Learning a new language now can be done in the comforts of your own home with just your Internet connection, your smartphone or tablet, and of course, a language app.

There are hundreds of language apps on the market with varying modules and prices. To help you narrow down your choice of what language app to use, here are the top 10 best language apps for 2018:

You may be familiar with the iconic green owl logo of this app. Rated 4.6 over 5 on Amazon with around 10,000 reviews, this language app is extremely popular among people who are trying to learn a new language. It offers around seventy different language courses across twenty-eight languages. 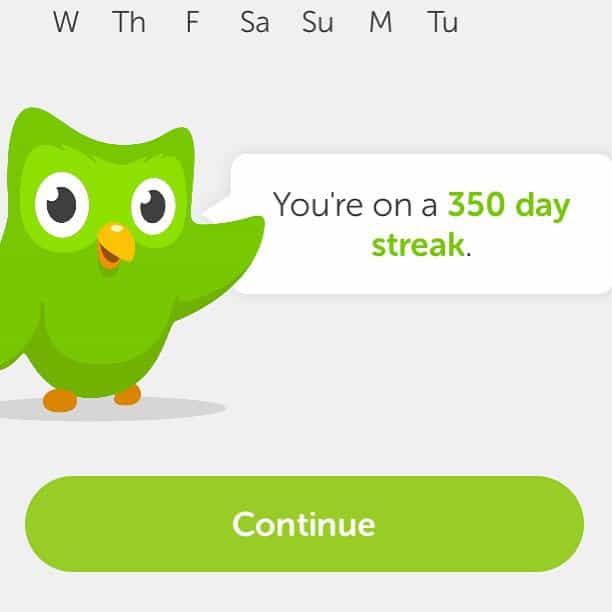 The app has a whopping 200 million users worldwide. The app is user-friendly, and the courses are developed by native-speakers, which makes the lessons more accurate and effective. Duolingo has translation features that allow users to translate simple phrases which can be done orally or through writing. Duolingo is a freemium language app. This means that you can download it for free, but some levels and lessons may ask you to pay for a premium subscription.

Rosetta Stone started off as a website, but they have already launched an app which makes learning a new language anytime and anywhere possible. It offers over twenty major world languages including French, Spanish, and Japanese. If you would like to learn English more for business purposes, Rosetta Stone also offers Advanced Business English. Rosetta Stone also prides itself as the only language software with TruAccent- the world’s best speech recognition technology. 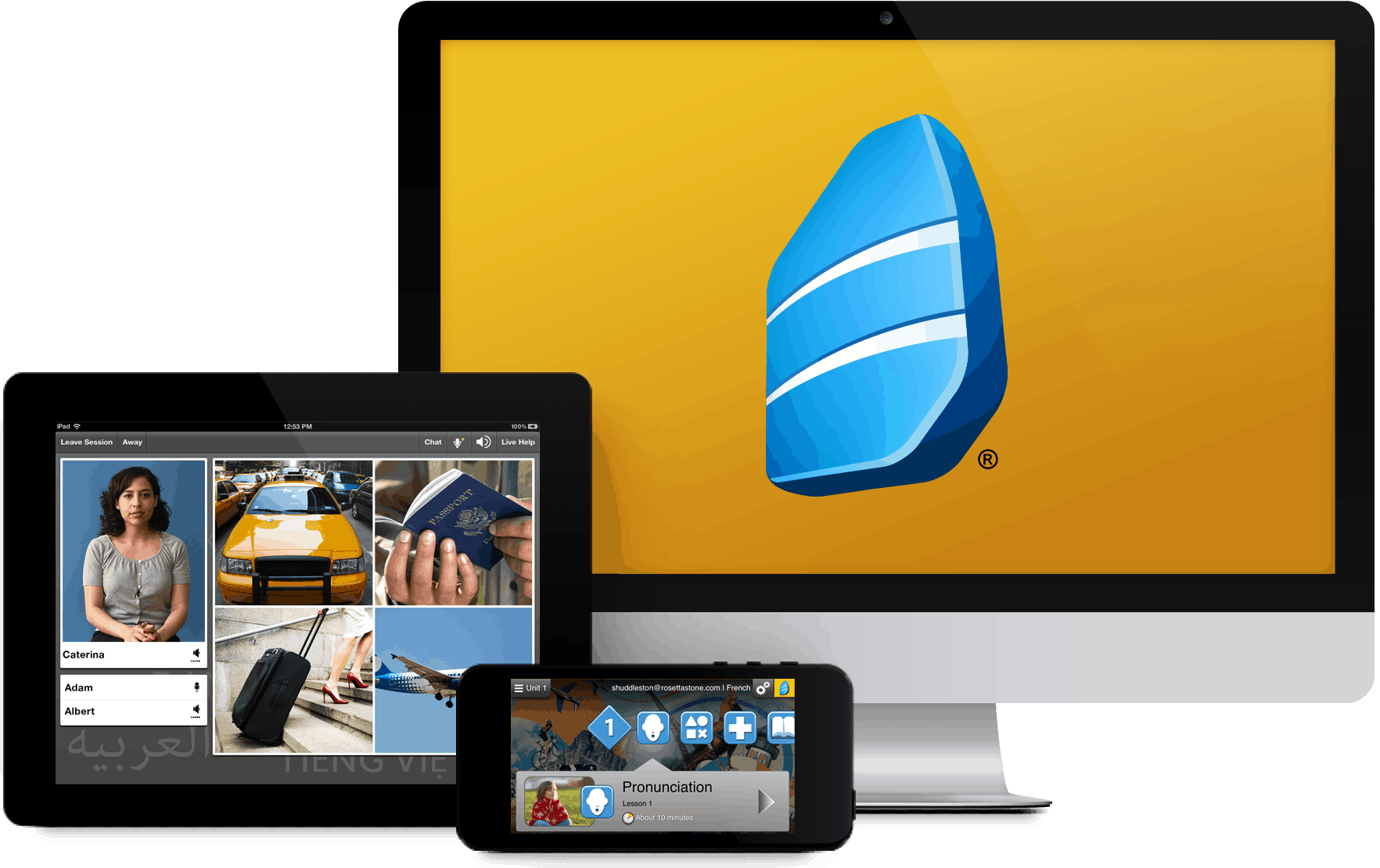 If you get a premium subscription, you will have access to Rosetta Stone’s video tutorial sessions. You will be scheduled to have a video conference with a native speaker of the language that you are learning. You will be talking about anything that you have learned in the previous lessons using, of course, the language that you are enrolled in. If you use the desktop app, you can also access the group chat feature, where you can chat with everyone who is currently learning the same language as yours. There are also so many games that you can play, which allows you to continue learning your language of choice while having fun. You get badges for every challenge or lessons completed, as well. This app is available on Amazon.

Babbel is a language app that aids learning by providing users with step-by-step vocabulary lessons with images. Babbel is also user-friendly and tracks the development and learning curve of the user.

As you go along with your language lessons, Babbel’s system adjusts to your level and learning curve. This allows more comprehension and language retention that you can then use in your daily conversations. Babbel currently offers 40 classes across 13 major world languages.

True to its name, Memrise is a user-generated learning platform which uses flashcards as memory aids. This language app relies heavily on repetition and memorizing. Memrise offers 25 languages with over 150 language courses. 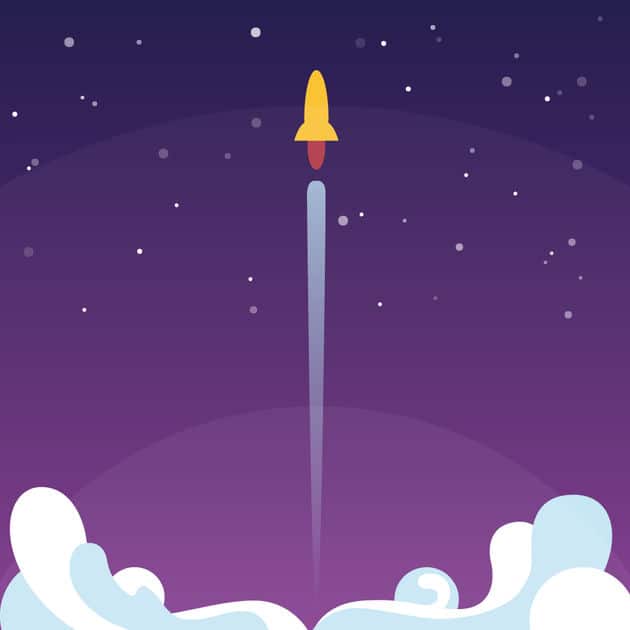 The app has a wide popularity among language learners. The app presently has over 20 million registered users. You can download it for free, and it is available for both iOS and Android.

Busuu is one of the popular language apps across social media. It promotes learning a new language by recommending 10-minute daily lessons. You can download the app for free, and it works for both iOS and Android devices, but to access some great features, you would need to pay for the premium version. 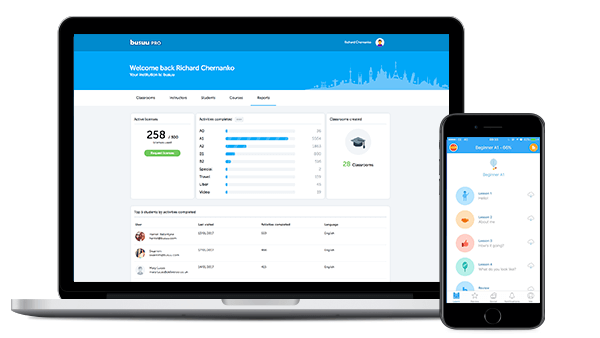 Aside from the usual language lessons and grammar units, Busuu also offers official McGraw-Hill level completion certificates, which may come in handy when applying for a job or migrating to a certain country. You can also download the lessons ahead of time and learn the lessons offline. This way, you can continue learning a new language while commuting, waiting on line for your coffee, or while taking a break after a long run in the park.

Unlike the language apps mentioned above, TripLingo focuses on teaching you the basics and essentials of the language that you would like to learn. Say for example you won a trip to Paris and you are flying out in two weeks, yet you don’t know any other words in French except merci. You don’t have to panic, because TripLingo has got you covered.

Aside from teaching you the basics for day to day conversations, the app also includes information on safety tools such as emergency contact numbers of the country or city you are in. It will also help you tell people if you have any food that you cannot eat, which is especially a life saver if you have food allergies. Getting sick while traveling is not a travel memory one would like to have.

HelloTalk is a language app that not only helps you learn a new language, but also helps you gain new friends from another country. This language app’s main goal is to facilitate real-life conversations. Once you use HelloTalk, the app will provide you or pair you up with a native speaker. You can then have a conversation with them through text or voice messages.

This will help you build your reading, writing, and conversational skills in the language that you are learning. Tutoring sessions are also offered by HelloTalk. The native speakers will be your tutor, thus you will receive real time corrections if you will commit mistakes in grammar, word choice, or even pronunciation. The app also has a text to voice option which would help you properly pronounce the phrases or sentences sent by the native speaker via texts. As of now, HelloTalk has 8 million users from all over the world.

Tandem was listed as one of Google Play’s Best Apps for 2017. It helps you learn a new language by looking for your tandem counterpart  who also would want to learn your language in exchange. Say for example you are an English speaker who would learn how to speak German,

Tandem would look for a native German speaker who would like to practice his/her English-speaking skills. Pretty cool, right? This will not only help you learn a new language, this will also give you more information about the culture of the person you will be in tandem with. The app has 3 million members, so finding a tandem you can learn a new language with won’t be hard.

Google Translate works best in situations where you would need to be able to write or say something in another language without spending so much time studying it. This app simply lets you write down your phrase or sentence, and then you can select the language you want to translate it to, and you should be good to go.

You can also translate handwriting or verbal words, which works really fine especially when you are in a hurry like asking a native speaker where the train station is or where the nearest restaurant is. Since it automatically translates what you input, it may not be as accurate. The translation may not be perfect, but it is more or less correct, and you can still pretty much get your message across. You can get it on Amazon.

24/7 Tutor helps you focus on learning the most commonly used words and phrases organized by topic and category. They also provide audio recordings of native speakers in every lesson. Their learning system helps you track your progress by collating your quiz scores. They also use the data of your progress and quizzes to customize lessons that will help you focus on items that you need to practice more; they call this feature Priority System.

You can also learn while having fun playing their language puzzle game. As of now, 24/7 Tutor apps are only available for iOS devices. The great thing about this though is that you can learn so many languages for free such as Spanish, German, Italian, Russian, Arabic, Japanese, Greek, Farsi, Hindi, Norwegian, Filipino, Turkish, Dutch, Danish, Swedish, Portuguese, Thai, Bulgarian, Indonesian, Finnish, Romanian, Ukrainian, Czech, and Mandarin. By using this language app, you are already on the road to being a polyglot. 24/7 Tutor is highly rated and well-reviewed on iTunes.