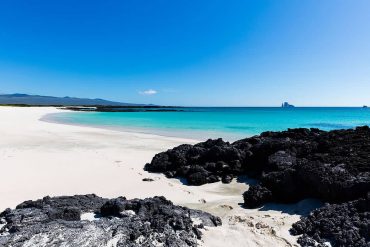 We polled and you voted! Here’s a list of the top best fifteen islands in the world as picked by you.

With romantic beaches, idyllic scenery and crystal-clear water, islands are the perfect getaway destination for those who need a break from their normal lives. While most islands do not harbour the same characteristics and can stand profoundly different to other islands, you are sure to find details that will captivate you and make you fall in love with it.

Whether it’s the vibrancy of Santorini or lushness of Maldives, every island in the world has a feature different to others. Thus, here are the top islands in the world that you must visit for the unique and sublime experience that you’re sure to receive from it:

Known as one of the best islands in the world for honeymoons as well as the most visited island for honeymoons, Santorini in Greece thrives with its visually captivating scenery which gives couples and newlyweds the perfect photo opportunity. The main city of Santorini island lies over cliffs, with whitewashed buildings and colourful domes structured in an orderly fashion. This particularly aesthetic look is what let Santorini be voted as one of the most beautiful islands in the world.

However, Santorini is not only famous for its stately beauty for its rich culture and historical elements culminate the island’s large reserve of features. You can either go up hiking along the terrains of Ancient Thera to see ancient Roman ruins, run your hands through the archaeological imprints in the Ancient Akrotiri or bask under the warm sun on one of its beaches.

The legend goes that a demigod called Maui hauled the Hawaiian Islands together from miles in the sea and moored the sun on top of the island’s greatest peak, where the island of Maui had been named after this heroic mythological being. This incredible story exemplifies the rich and beautiful culture and tradition of the people in Maui.

With countless more stories about the island, Maui is a canvas mixed with mythology and natural beauty – essentially making it one of the best islands in the world to visit. Maui also maintains a host of activities and exciting attractions, with some unique ones including swimming as a mermaid in the ocean or riding a bike from the island’s volcano.

Phuket is among the most visited island locations in Thailand, with most tourists having gone to see and relax in this small island by the Andaman Sea. Despite being not that big of an island compared to other islands in the world, Phuket is still considered to be Thailand’s largest islands with a size that is similar to that of Singapore’s. 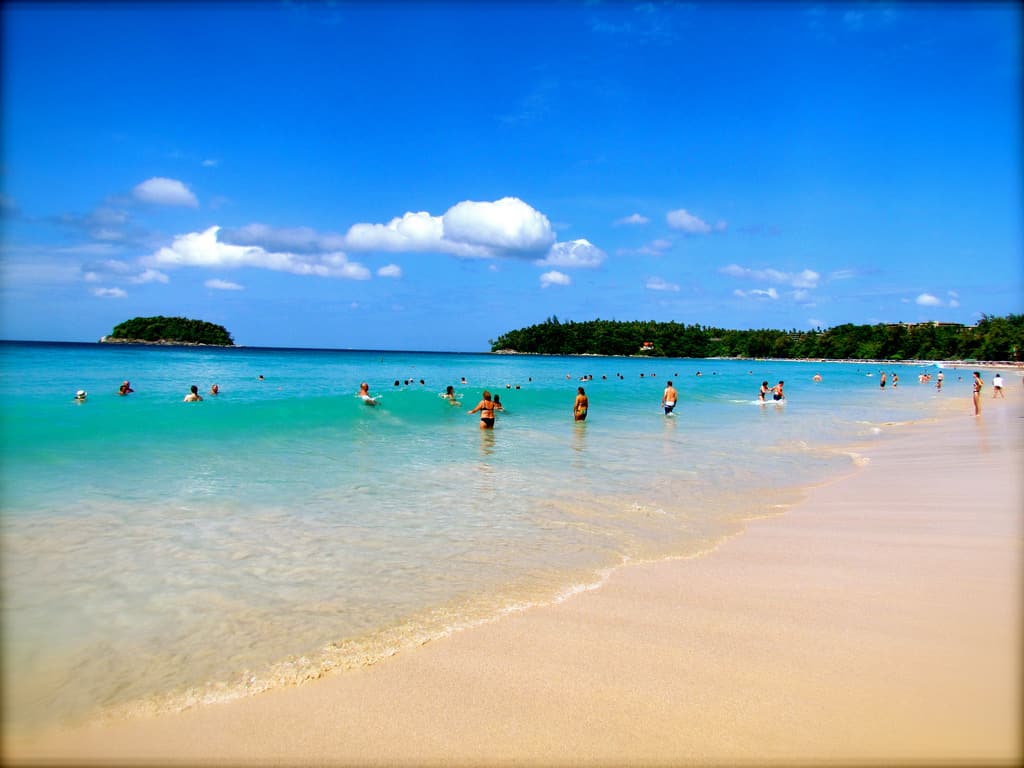 The reason most tourists choose to visit Phuket is not only because of how scenic the surrounding is, with its white sand, swaying palm trees and schools of tropical fishes, but also because of the raucous and lively island nightlife. In fact, being characteristic to most parts of Thailand, Phuket is known mostly as one of the best party islands in the world as it maintains an array of partying options in its many nightclubs and beach bars.

Bali is incredibly graceful with its natural beauty, with the island also being dubbed as the Land of the Gods. With forested volcanoes, terraced rice paddies and a complete tropical paradise, Bali, Indonesia is the most dramatically curated natural landscape in the world. Most do find Bali to be a place of zen, for the calm and quietness of this island can thwart all your negative emotions, leaving you with a fresher mind and a wilful soul.

However, Bali stretches more than an island of enchanting natural beauty, for it also maintains a rich culture and religious imprints all over its land. With the influences of both the Hindu and Buddhist culture, Bali retains a plethora of cultural festivities, from weekly dances depicting religious deities and their stories to vibrant ceremonies that celebrate the life and religion of Bali. You can also find intricately made handicrafts in the local bazaars around the island and visit the architecturally aesthetic temples to immerse yourself in the Bali tradition. All of these aspects culminate into Bali being noted as the best vacation islands in the world and one of the topmost islands to visit in the world.

While Tahiti does not list itself in the category of white-sand beaches, it does boast amazing natural landscapes. From the cascading waterfalls, gigantic mountains, blue lagoons and extinct volcanoes, Tahiti presents a galore of different tropical environments.

Being the largest island in the country of French Polynesia, Tahiti represents most of the glamour that is available in Polynesia. On the northwest coast of the island stands the capital of French Polynesia where you’ll find a mix of cultures and traditions. Apart from that, the island also consists of two eroded volcanoes that remains in the backdrop and is good for a hiking trip. Depending on the months of visit, tourists can engage themselves in unique activities such as whale-watching and immerse themselves in the Polynesian culture through their various festivities and cultural celebrations.

The Maldives is one of the most popular tourist destinations for island getaways, being considered as the best island in the world for honeymoons and vacations. Treading along the coast of the Indian Ocean, the Maldives homes more than a thousand small coral islands and islets.

Each of these small islands in the Maldives lie adjacent to beautiful reefs and translucent lagoons, with sea turtles and tropical fishes as well as rows of palm and coconut trees coursing around the space. Because of the immense storage of tropical features, Maldives is also considered to be one of the best tropical islands in the world.

This island country lies in the Eastern Mediterranean and is said to be the third largest island within the Mediterranean region. With ancient heritage braiding the core feature of this island country, Cyprus presents itself as an island laden with history, cultural and mythological significance as well as natural beauty.

Considered to be the home of the Greek goddess of love, Aphrodite, Cyprus is particularly famous among honeymooners and couples. The romantic landscape is hardly its main feature, however, for Cyprus is laden with historical establishments, ancient ruins and wartime tragedies. For many, it is the top island to visit in the world simply for its abundance of historical and natural majesties.

Bora Bora is a volcanic island in the South Pacific side of French Polynesia, neighbouring its counterpart island, Tahiti. While this island is mainly mountainous, it also harbours the most magnificent coral reefs. The island also encompasses large clear-water lagoons on its western side along with a yacht harbour.

This place is popular for scuba diving, mainly because of how largely available tropical fishes close to its shore. However, most guests choose to vacation here due to the array of luxury resorts that stretch along the island, making it more of an expensive getaway but is still considered to be one of the best vacation islands in the world.

Made out of lava and kept deserted for thousands of years, the Galapagos Islands epitomises natural beauty and significance. This island group floats over the eastern side of the Pacific Ocean and is part of the provincial area of Ecuador, where the Galapagos include scores of small islands and boulders.

These islands are bursting with wildlife, with sanctuaries being provided to safeguard the diverse species of animals present. Because of this wildlife reserve, the Galapagos Islands have also been kept as a UNESCO World Heritage site, making it one of the top islands to visit in the world. It is also said to be the birthplace of Darwin’s theory of evolution, for this was the site on which he had studied his theory.

Saint Lucia is a sovereign island nation that lies in the Eastern Caribbean among narrow mountains, volcanic beaches and vibrant forestry. This island country homes a number of tropical flora and fauna, from orchids to anthurium and finches to orioles.

However, Saint Lucia is largely imprinted with remnants of history from colonisation, where tourists will find ruins and establishments which date back to the 16th century. While the state is currently a part of the British colonies, Saint Lucia harbours a distinctive Caribbean quality with its reef-lined shores, fishing villages and secret gardens behind forested trails.

The island of Hvar is owned by the central Dalmatian archipelago in Croatia, and remains wedged between other Dalmatian islands. However, Hvar stands to be most renowned among its siblings mainly because of its exuberant beach nightlife. Many have remarked that the main town in the Hvar Island is one which never sleeps, for its numerous

bars and late-night restaurants keeps the party bursting with people and tourists alike. Hvar isn’t a destination for peace and tranquilly, although it does remain fairly shut quiet during the months of July and August, for parties last all through the night. You can also choose to go out for swimming or boat sailing during daytime. But, if you’re looking for the best party islands in the world, Hvar is the exemplary island.

The island of Boracay was actually awarded the top vacation islands in the world in 2012, ultimately making it a tourist hub. Located around central Philippines, Boracay island is known largely for its resorts and beaches. With clear turquoise blue water and pristine white sand, the Boracay Islands maintain a sense of peacefulness. 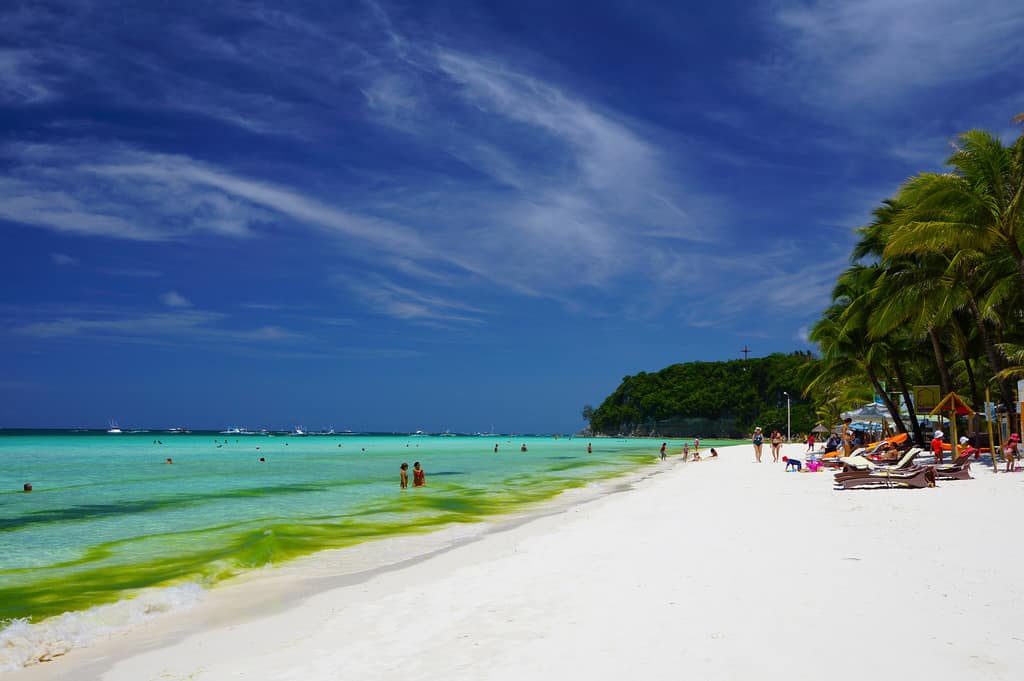 This is also why the island is considered to be one of the most relaxing getaways in the world. As for activities, the island has amazing coral reefs and shipwrecks stranded along its shores that visitors can examine and take photographs of. There are also particular spaces for water sports in the island.

The Seychelles lies on the Indian Ocean beside the coast of East Africa. This particular island has been continuously branded as a paradise on Earth for its amazing natural landscape, from its deep blue waters and white beaches. 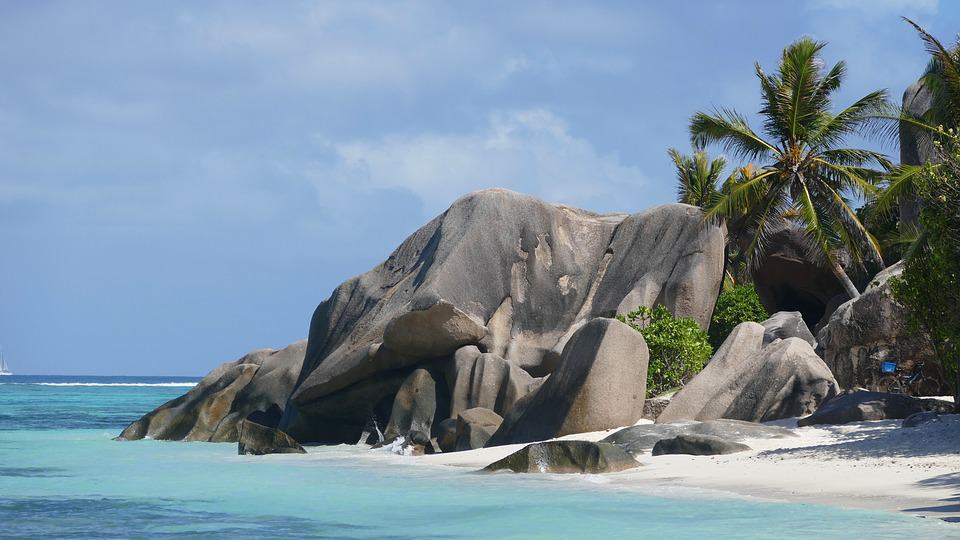 Known to have the bluest water in the world, Sardina is a huge Italian island lying on the Mediterranean Sea. Tourists can visit this island at all times, for it is widely known to be a summer and winter beach destination. 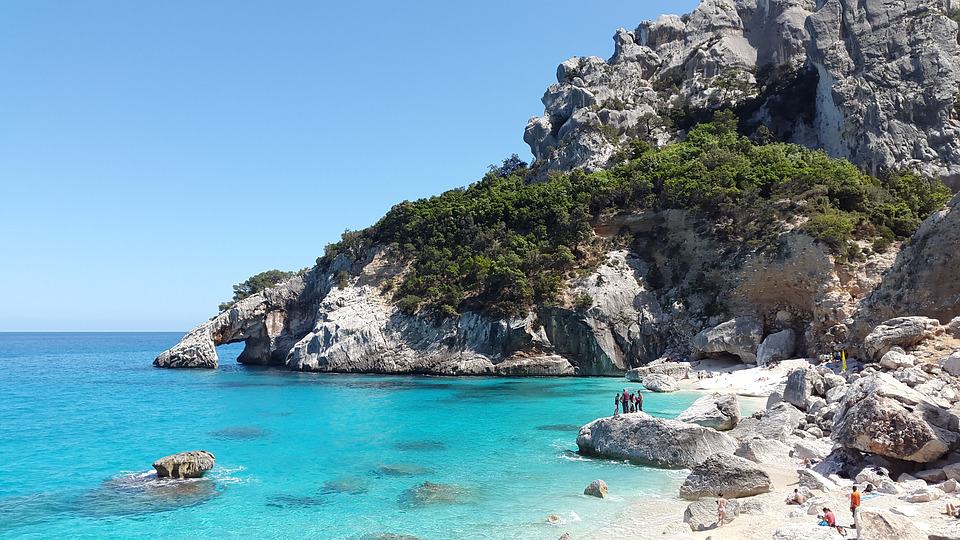 Furthermore, the island is also said to be one of the best islands to live in the world because of how colourful and friendly the locals are. You can enjoy the exciting folk traditions and local festivals which take place every year, or eat the delicious local cuisines and delicacies, from pastas, cheeses and sausages to more. Sardina is one of the liveliest and beautiful island nations that one can ever visit.

Located in East Africa, Mauritius is a small island nation that hangs on the Indian Ocean. This island is known mostly for its gallery of beaches, lagoons and coral reefs along with hidden cascades behind rainforests and nature parks. Visitors can either relax on top of warm sandy beaches beside crystalline waters or take an adventurous route by trekking through and exploring the mountainous regions. 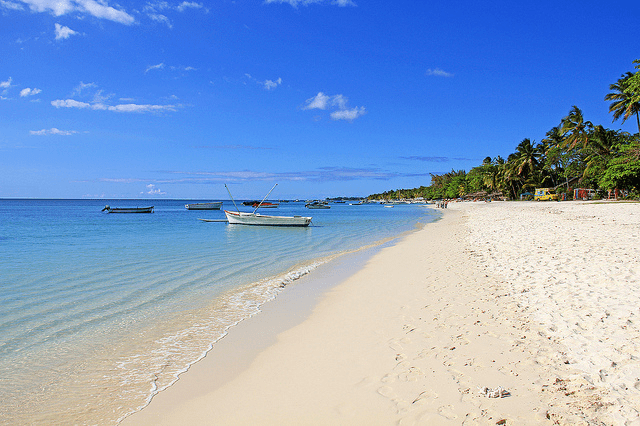 There’s also options to snorkel and scuba-dive into the clear waters, watching hosts of tropical fishes squirming by. Other activities include visiting botanical gardens that home local and tropical plants or exploring plantation houses that remain on the island. Mauritius is also the best place for your taste buds to take a culinary trip, specifically because of how diverse the culinary experience is from the mix of cultures present in Mauritius. All in all, Mauritius is easily one of the best islands in the world.