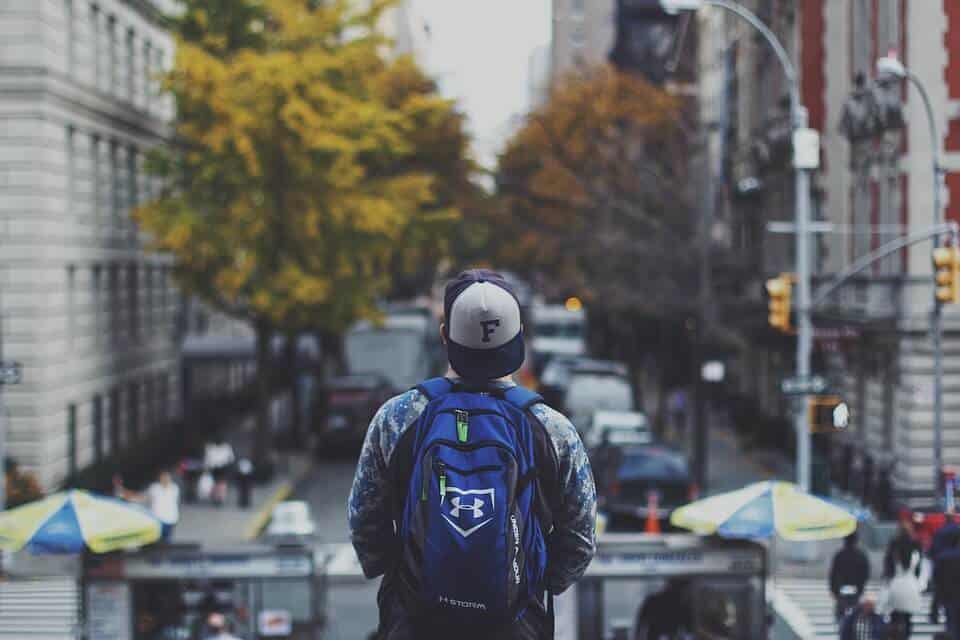 Picture it: you’ve planned your perfect vacation. It’s your first time going out of the country, but you’re sure that you’ve got everything prepared. You have all your clothes, your passport, and everything else you need to make this the best trip of your life.

You quickly realize once you get there, however, that you have no idea what’s being said. You’re not even able to order food at the restaurants—despite all that Rosetta Stone you put in before you went.

The local dialect is nothing like you’ve heard before, and now you’re left wondering how you’re going to make it a week in a country where you can’t understand the language.

You’re up the creek until you realize that you can download a translation app for your phone in order to communicate with the locals.

You, like millions of others worldwide, have discovered the power of translation apps.

In today’s global market, having a translation app is one of the most important tools you can have if you plan to travel abroad. This can help protect you in the case of an emergency as well as assist you in navigating day-to-day life.

But, are all translation apps made the same? Are some of the made better than others?

If you’ve ever dealt much with a foreign language, it’s likely that you’ve used Google Translate. But did you know that this powerful translation tool now has an app?

With Google Translate, you can now download an app for your iPhone and for your Android. Google Translate is consistently at the top of every list of translation apps and will remain on the best of lists for 2019, as well—and for good reason.

Google Translate offers amazing functionality in a variety of different languages. With Google’s new technology, you can even speak into the software and have it translate your words in real-time. With both text and voice options available, Google Translate will help take care of all your translation needs as you travel abroad.

It even comes with groundbreaking features that allow you to take pictures and have them translated in real-time! That’s right!

Can’t read the menu but don’t know how to type what’s on there to get a translation?

Don’t worry! Google has you covered.

Simply take a picture and bam! Now you can see exactly what you’re eating.

Best of all, this incredible app is available for free on both Google Play and through the Apple store. 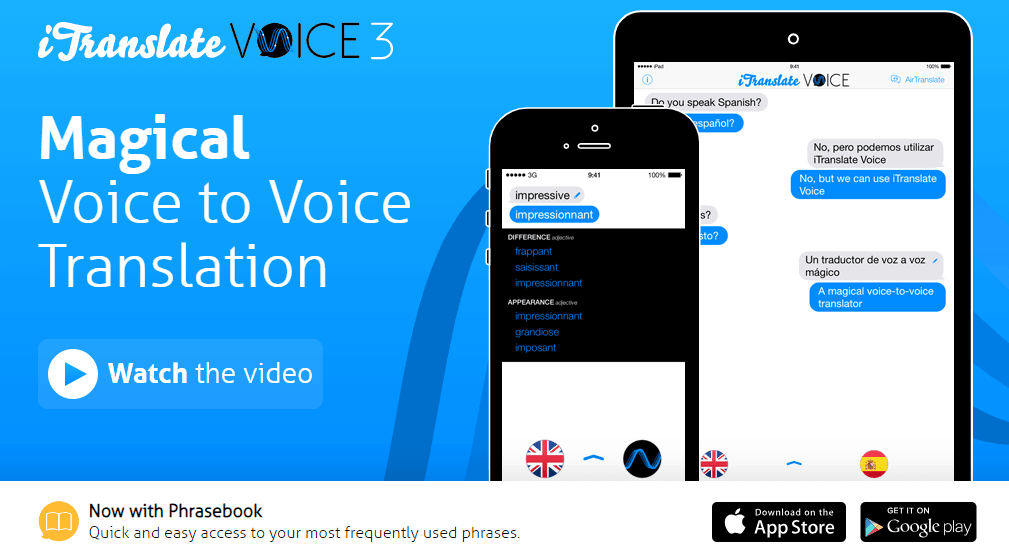 This incredible translation tool allows you to speak directly into your iPhone and have the words translated and spoken by Siri for a real-time voice translation.

It currently supports up to forty different languages, so chances are, if you’re traveling to a big-name destination, you’ll be able to find the language that you’re looking for.

It does come with a heavy price tag, though, retailing at close to forty dollars per year. We’re of the opinion, however, that this app is totally worth it, as it can make your traveling experiences easier than you ever thought possible.

It’s also a one of the best offline translation apps that doesn’t require an Internet connection to work.

Similar to the iTranslate Voice app, SayHi allows users to speak into the phone and have their messages translated in real time.

Unlike the iTranslate Voice, however, SayHi covers an impressive ninety languages, making it one of the best translation apps for 2019.

No matter the language you’re looking to translate, SayHi probably has you covered, giving you the ultimate flexibility in your travels. 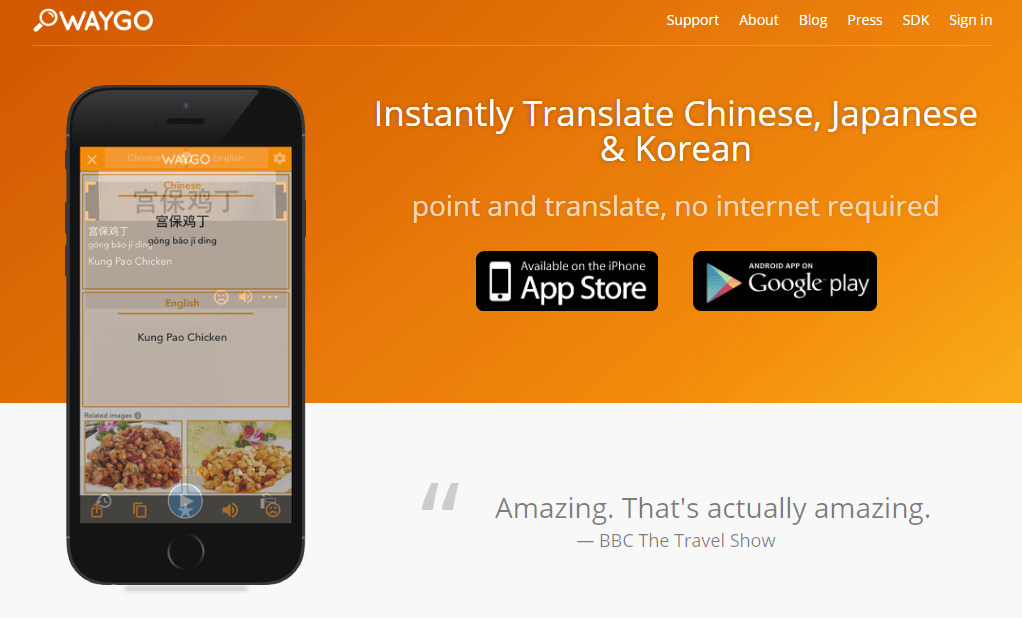 Waygo is more of a specialized translator app that focuses on East Asian Languages. Because these languages use characters and non-Western alphabets, it’s impossible to type them into a phone without prior background in the languages. That’s why Waygo allows you to take pictures and get instant translations so that you travel without worries. 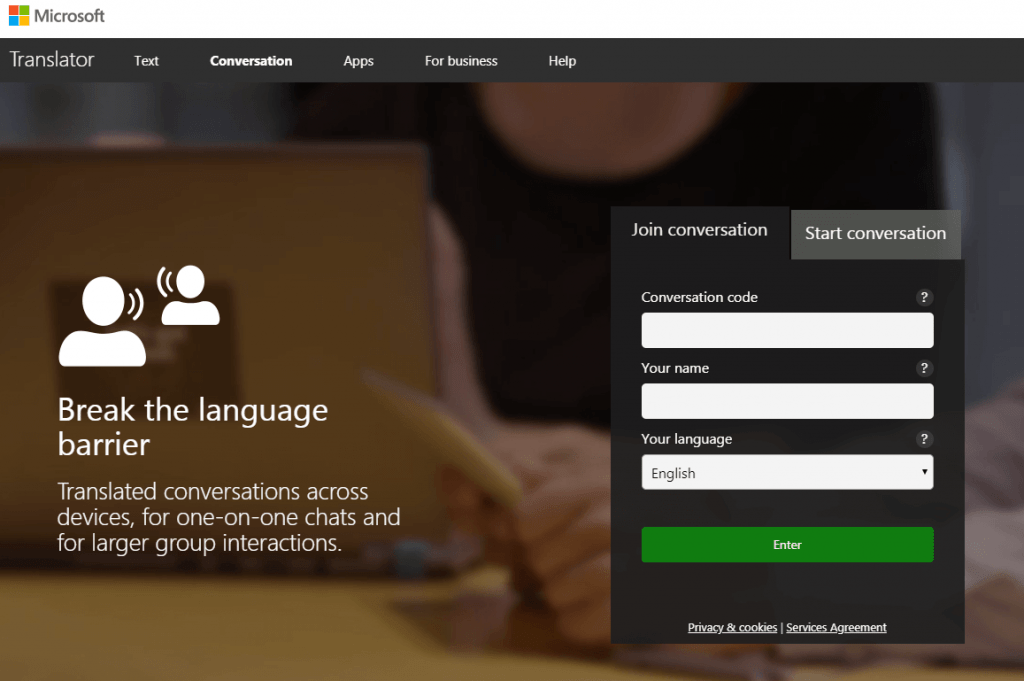 Microsoft Translator offers the full functionality of both Google Translator and of iVoice Translate.

Whether you’re looking to take photos, type text, or speak aloud, Microsoft Translator has you covered.

Being able to converse in a foreign language is critical to enjoying the best-possible experience in a foreign country. If you’re looking to go abroad and need a little assistance in speaking a language, check out the top five best language translation apps for 2019 above!