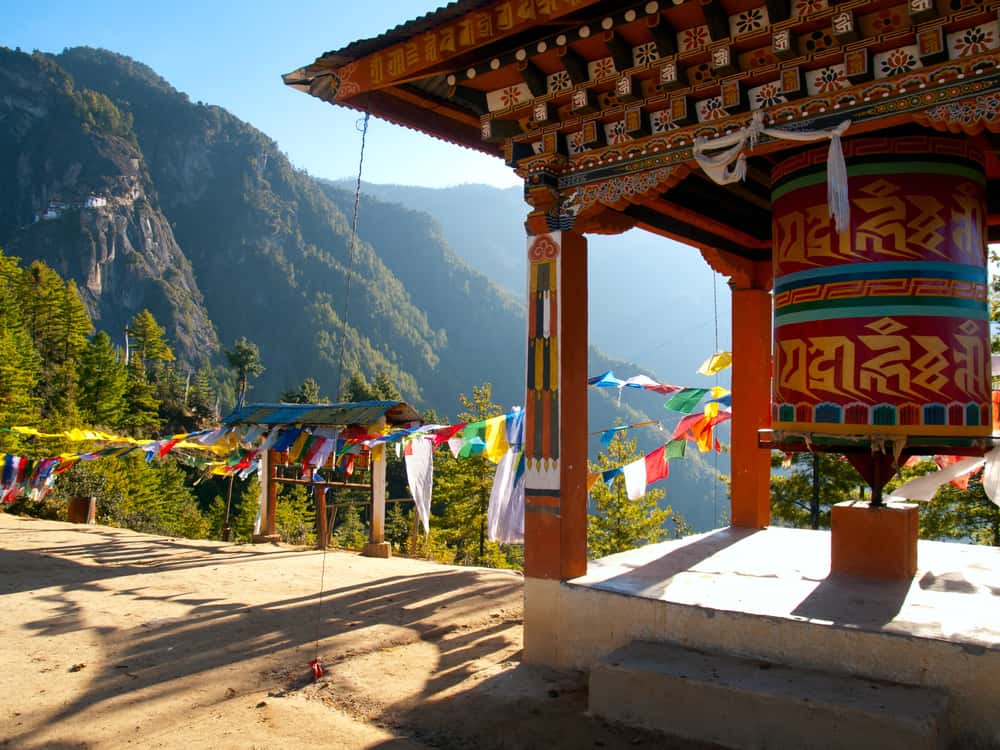 Tucked away between Himalayan mountain peaks, the hidden gem of Bhutan is a land of ancient mysteries and natural treasures.  A large portion of my trip consisted of visiting beautiful age-old monasteries and fortresses (known as dzongs) across the country, each with its unique legends, history, and colorful artwork.  The night skies were littered with millions of stars, making it not only the perfect destination for stargazing and romantic nights, but the ultimate place to quiet your soul and experience peace in the simplicity of just being a part of nature’s grand design, and soak in the immeasurable expanse of the diverse beauty our planet offers.

According to the Business Insider, Bhutan has one of the most terrifying landing strips in the world.  Surrounded by Himalayan peaks over 16,000 feet tall, it is so dangerous that only a few pilots are qualified to fly here.  Fortunately, I only learned this after my trip; however I could have guessed it for myself as the airbus started to make its descent into Paro Valley.  I’m pretty sure the aircraft was only inches  away from mountain edges and could almost see the headlines: “Plane crashes over Himalayas due to oversized wings.”  When my feet hit the ground, I breathed a sigh of relief, but only for a brief moment as wonder took over.  This was truly a place of hidden secrets and mystery.  Nothing could have prepared me for this extraordinary journey through the Mountain Kingdom and the enigma that waited to be discovered. 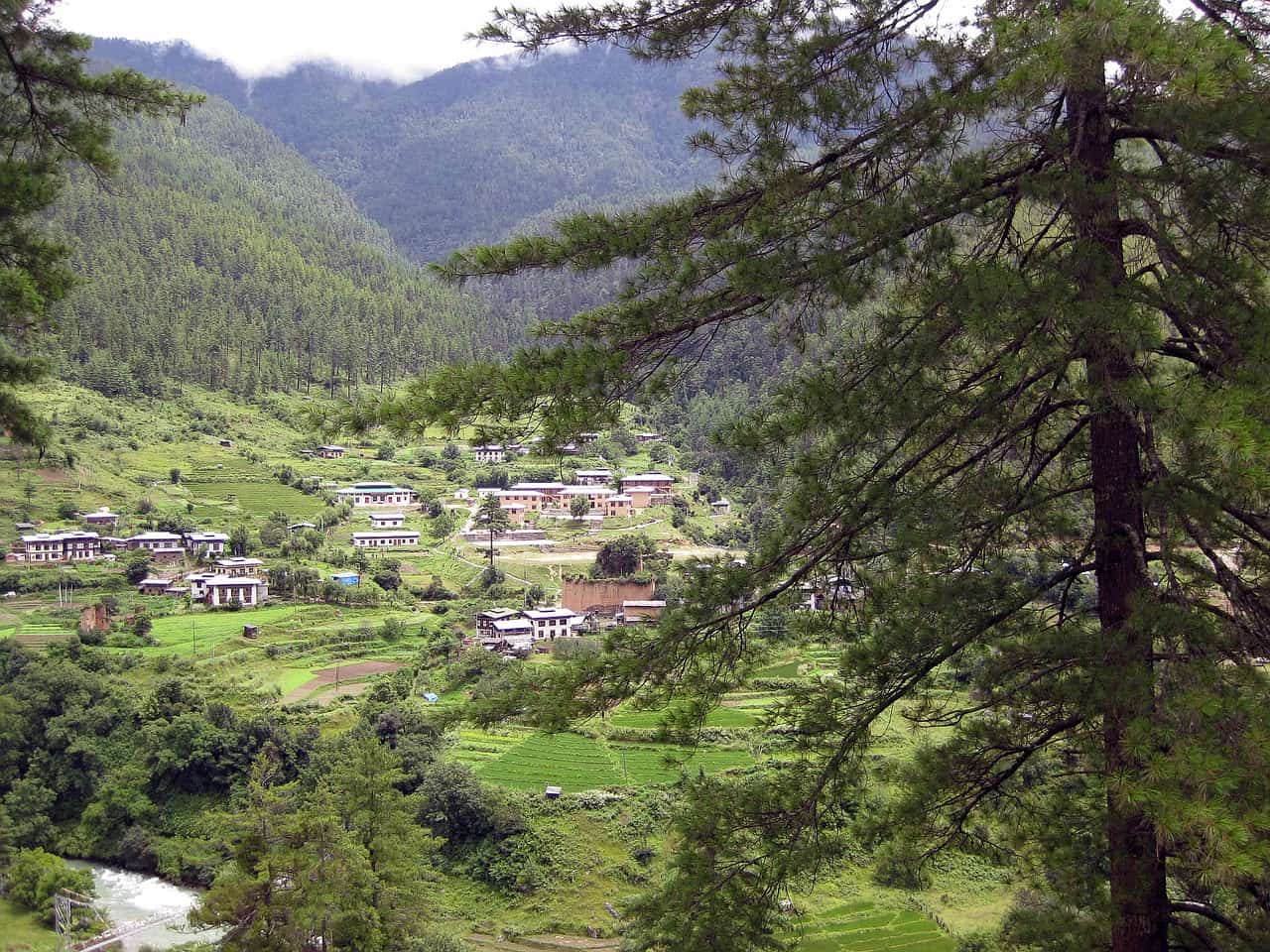 The Kingdom of Bhutan is nestled in the valleys of the Eastern Himalayas, and only opened to outside visitors in the 1970’s.  The Kingdom has strict restrictions on the amount of tourists allowed, and has a set daily levy to be paid on visiting in an attempt to retain its tourist exclusivity and ensuring the culture and environment remain unaffected.  All visitors need to book through a registered Bhutanese tour operator who will arrange your entire visit, including transportation and government approved accommodation.  Untouched, unspoiled, and still fairly isolated, the country is unique in its traditions and way of life. 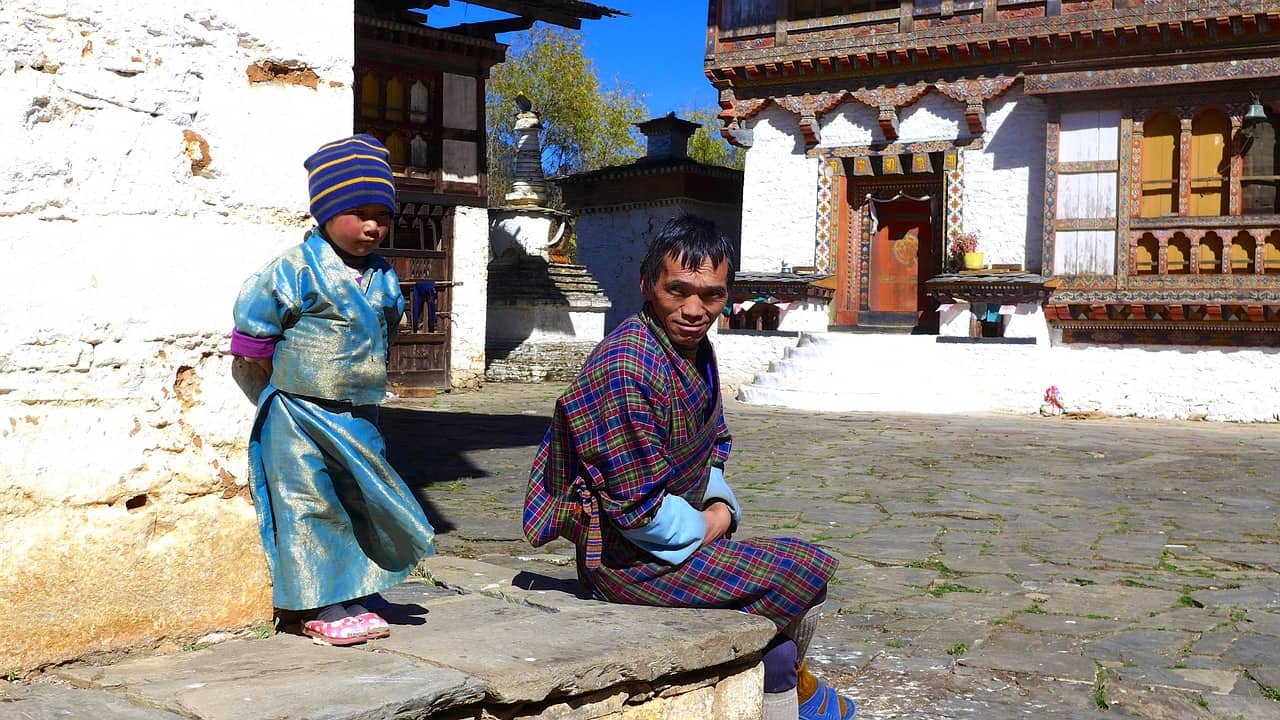 Bhutanese people are incredibly friendly – which comes as no surprise, as the king announced in the 1970’s that his country would abandon the materialistic metric of gross national product (GNP) as a measure of development success and replace it with its own model, Gross National Happiness (GNH).(National Geographic Traveler, 2010).  Our Peaceful Tours and Treks host, the bus driver, the waiter, and the children – they were all incredibly gracious and respectful in their interactions and service.  They live humble lives, but their respect for mankind, nature, their religion, and their King is evident in the way they talk and live. 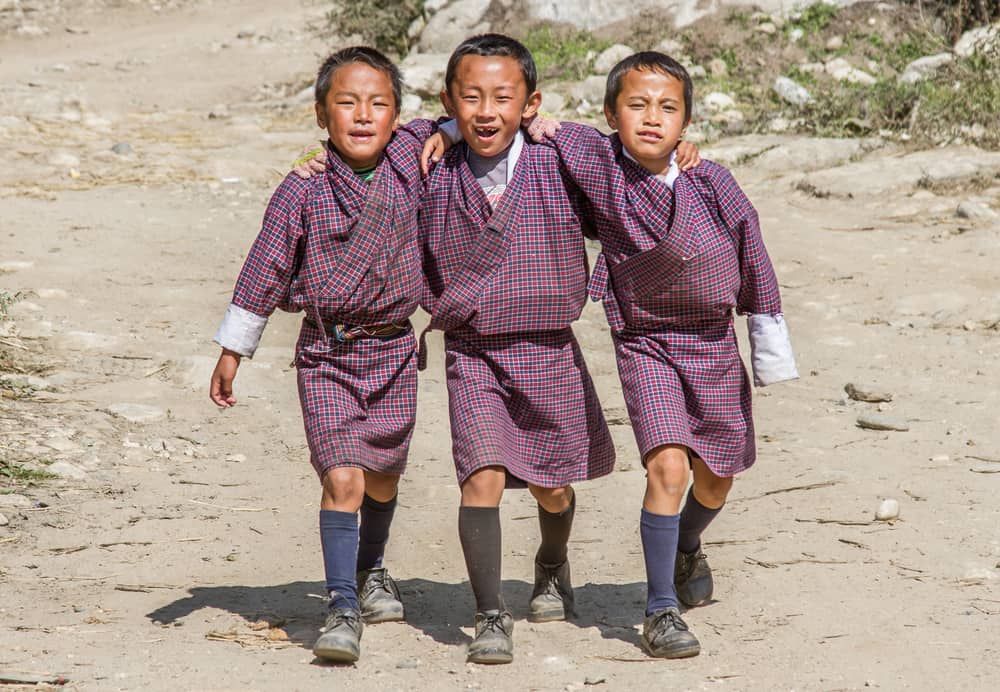 Steeped in age-old traditions, going to Bhutan is like a step back in time.  The king prioritizes protecting the country’s heritage and environment in implementing a dress code and mandatory architectural style in all buildings.  The traditional dress is a knee-length robe worn with knee-high socks.  It reminded me a bit of a Scottish kilt – bagpipes missing.  The people have a simple way of life, far removed from our modern city living.  With no traffic lights (not even in the capital city) and television only introduced in 1999, I wasn’t quite sure whether I was still on the same planet I had embarked this journey from.  That being said, this was the perfect getaway to leave the chaotic pace of modern life behind, slow down ,and simply breathe in the crisp, unpolluted Himalayan air.

Outside of Paro town, where all visits to Bhutan start and end, lies Tiger’s Nest.

It is said that the Guru Rinpoche arrived in Paro Valley more than a millennium ago on the back of a legendary tigress. He meditated in a cave for three years and later a monastery was built around this cave, now called Tigers Nest.  Situated high up on the mountain cliffs the monastery takes three hours to reach on foot, or alternatively you can take a pony ride to the top.  I opted for the hike, and in retrospect was very pleased about my decision, as the ponies trotted a little close to the mountains edge for my liking.

Hikers can enjoy a well-earned rest at the Taktshang Teahouse situated at a wonderful vantage point of the monastery. On reaching the top, we were rewarded with a traditional lunch, but most of all with an awe-inspiring view of dramatic cliffs and the valleys below.  What comes up, must however go down… 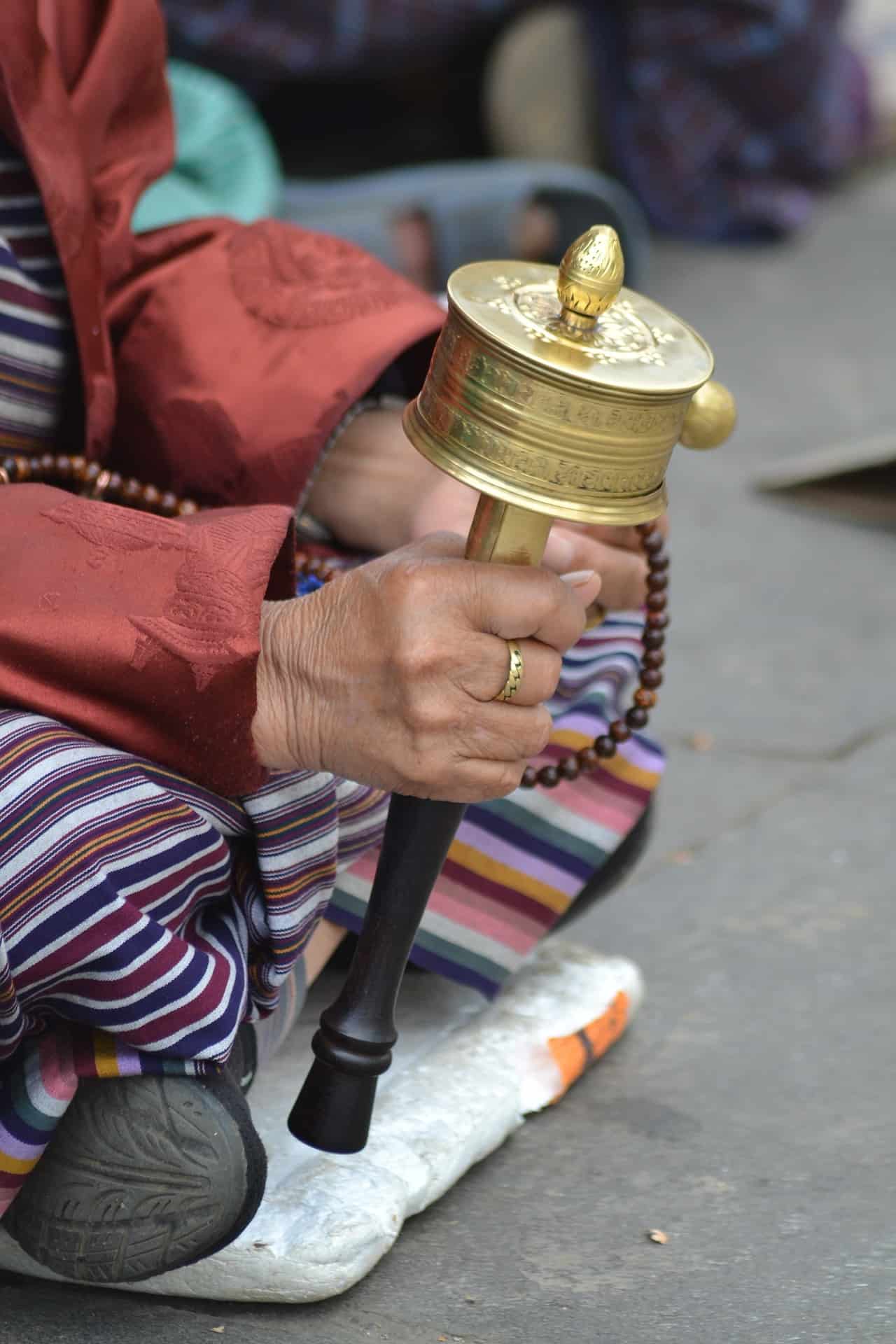 Buddhist spirituality is evident in every facet of life in Bhutan.  Prayer wheels, the murmur of mantras, and the glow of butter lamps are part of everyday living and commonly seen in every home.  Monasteries, temples, and religious monuments are scattered across the landscape, bearing witness to the importance of Buddhism, while colored flags are draped across mountain tops, believed to be sending up prayers.  Monks in their red robes are welcoming to those who, like myself, come to discover a culture so different from our own.

Now, a little warning from my side:  don’t be caught off guard by all the phallic symbols.  On doors, on windows, in houses, in temples…in fact they were seen everywhere.  The phallus is a symbol of protection against evil and harm, as explained by our guide on our visit to the Chimi Lakhang, a temple dedicated to a 15th Century Buddhist master known as the “Divine Madman.”  And as it seems, they want a lot of protection.

Religious festivals and dancing done by monks and village leaders are an exciting part of annual cultural festivities and rooted deep in spiritual meaning. These are times when people from all over leave their farm work, dress in their best attires and jewelry and rejoice together. If you are able, arrange your trip to coincide with festival season to witness intriguing mask dancing in colorful and unique costumes. 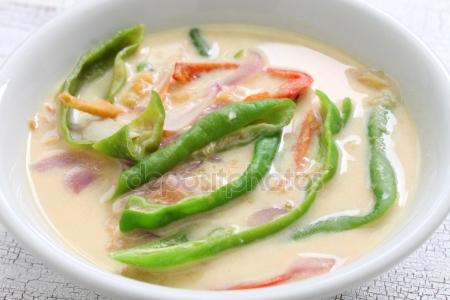 Surrounded by the nations of India, Nepal, and China, Bhutanese cuisine has a flair of each of these, yet is completely unique to what I have ever tasted.  Spicy is definitely the word to go around, and they love their native cheese known as datshi.  Red rice (more of a light pink color when cooked) is included with most meals.  Pork, tripe, beef, yak, and chicken are all enjoyed in different ways, steamed, dried, in dumplings or stewed with potatoes, mushrooms, and greens. These are, however, never far removed from their trusted counterparts: chili and datshi.

Butter tea is a drink of choice, especially in the cold months.  It is a tea which can be made with regular tea leaves or mountain herbs, churned with yak, or cow butter and salt.  It grew on some, however the thought of oily tea just didn’t quite sit so well with me. 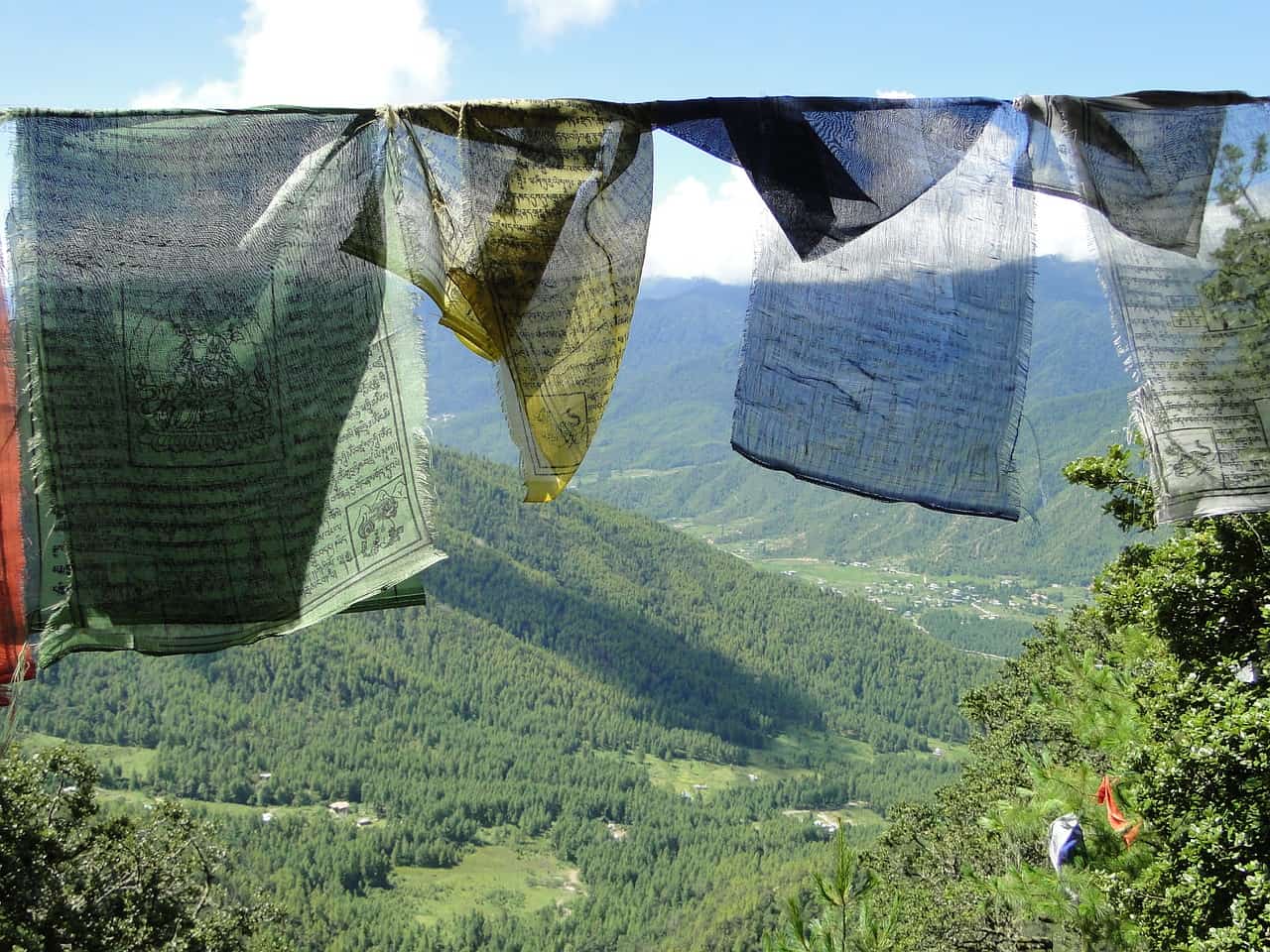 The government’s policy to keep more than 60% of the country landscape as forest land makes it an incredible destination for any trekking enthusiast, adventurer, and mountaineer.

There are numerous different trek routes ranging from 3 to 15 days.  As with all tours to Bhutan, your meals, a guide, accommodation, and transport are included in your tour fee when booking.  Although I did not have enough time to include a trek in my itinerary, I would definitely make my next trip a trekking and mountain biking adventure.  With incredible fauna and flora, glittering starry skies at night, and warm camp fires in the Himalayas, this will surely be another of Bhutan’s precious secrets to immerse oneself in.  It is, however, important to consider the seasonal suitability of the trails you choose, and your tour operator should be able to inform you accordingly.

If you are looking to escape to a land of mystery and beauty, Bhutan will by no means disappoint.  Known as the happiest people on earth, with their bright festival colors, simple respect for life, and peaceful pace of living, this was most certainly one of the most far removed experiences I have ever had from my own way of life.  Immerse yourself here for as long as you can afford (which may not be very long), and you may just return home a little happier yourself.