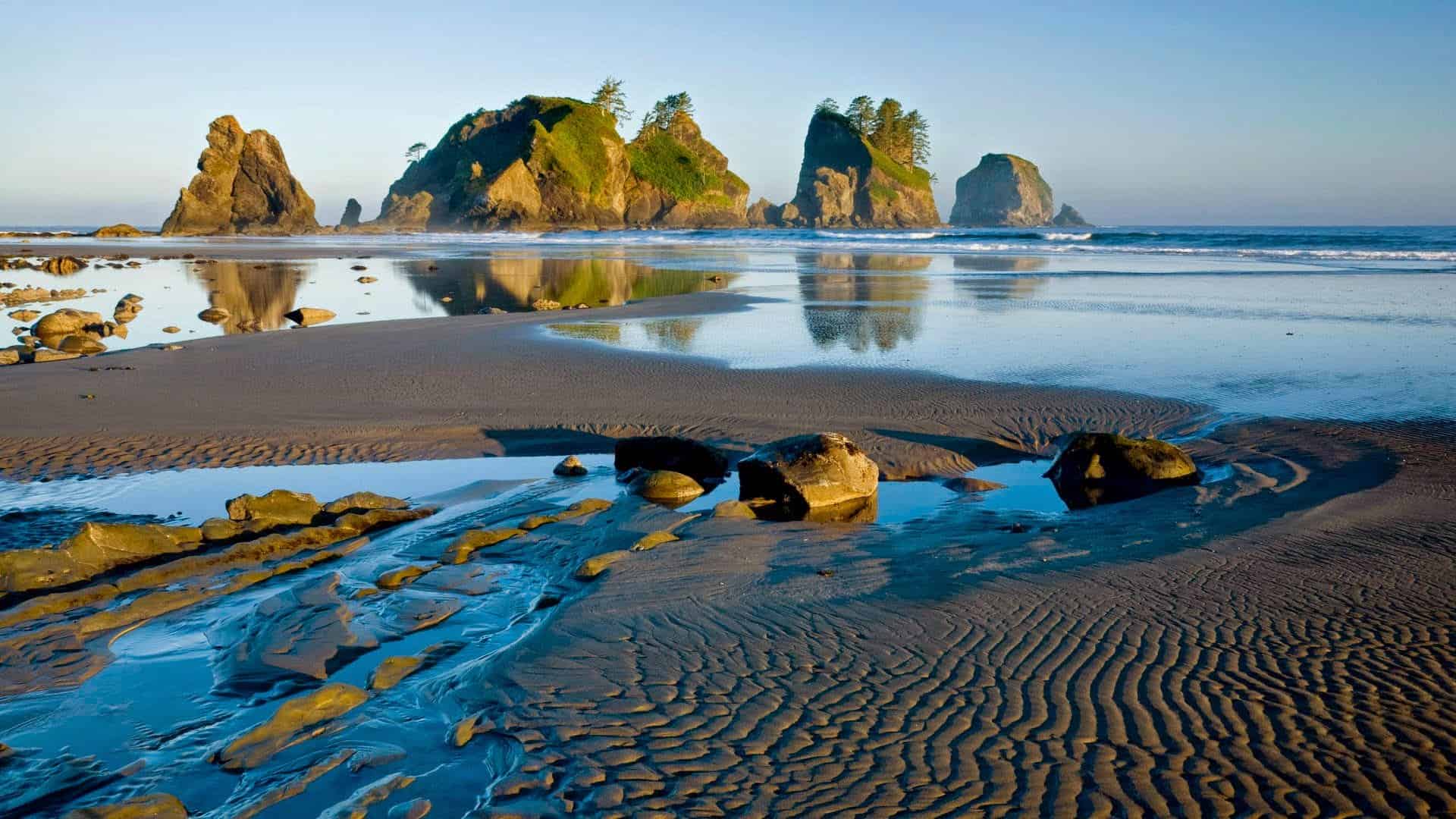 Canada is big and wide. In fact, it is the world’s second largest country. This means that you will never run out of things to do and places to see here.Aside from maple syrup, Tim Hortons, and having fewer people than Tokyo’s metropolitan area, Canada is also known for having picturesque scenery. If you love trekking, camping, canoeing, or just anything outdoorsy, Canada should be on your next destination bucket list. If spending a day or an entire weekend in national parks is appealing to you, checkout these ten most breathtaking national parks you can visit in Canada.

Banff is the true definition of travel goals and nature therapy. Established in 1885, Banff is the oldest national park in Canada. It is located in the Rocky Mountains west of Calgary and southwest of Edmonton. Guests flock here all year long for relaxation and adventure. Banff’s scenery is absolutely breathtaking- from its turquoise lakes to jagged snow-capped mountains. 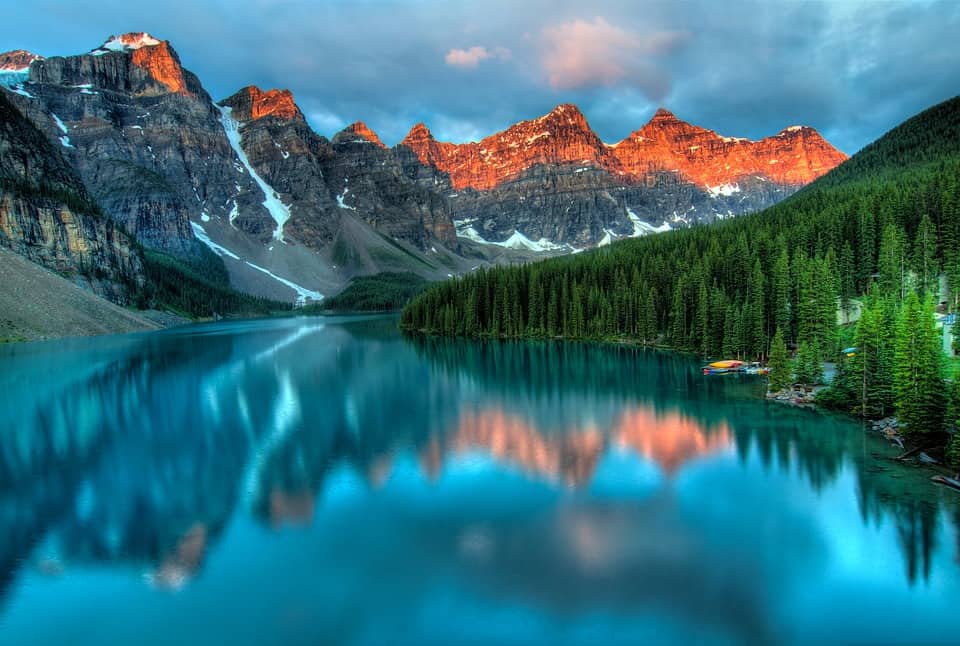 A weekend of exploring the park’s unspoiled wilderness and mountain lakes are just a few of activities you can do here.  Canoeing in Lake Louise is highly recommended. If you love nature but are not too ecstatic about camping, world class resorts are available here so you can turn camping to “glamping.”

Yoho got its name from a Cree exclamation of awe and wonder. Once you get here and the beauty and serenity of the park envelopes you, you might say “yoho” yourself. Yoho is about vast glaciers, magnificent waterfalls, and huge mountain peaks. The Chancellor Peak towers over the park and is difficult to miss. 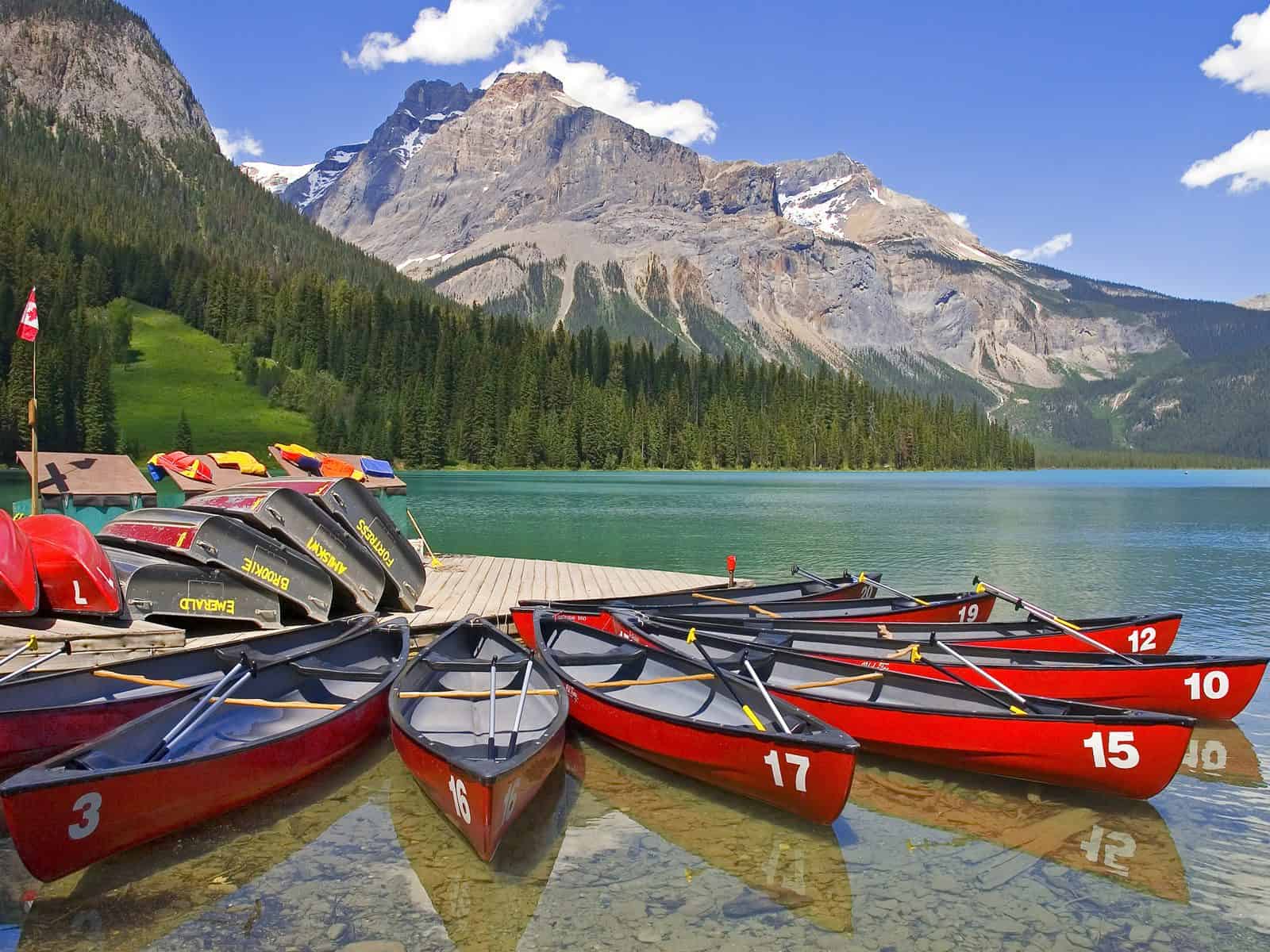 Tourists take a hike down the Kicking Horse River. The natural rock bridge that has been formed by erosion and time is a popular photo opportunity spot in the river. You might want to consider climbing this one too. and be mesmerized by the view. Be cautious though, because the bridge can be slippery, especially in winter. Yoho’s popular lakes include the Emerald Lake and Lake McArthur. Yoho National Park joins Banff and a few others as members of the Canadian Rocky Mountain Parks World Heritage Site.

If you want to take a break from mountains and waterfalls, Grasslands National Park offers a vast horizon and open space that makes it possible for visitors to roam everywhere. Animal lovers would be delighted to see the rare and endangered animals that live here. You can see bison grazing on grasslands. 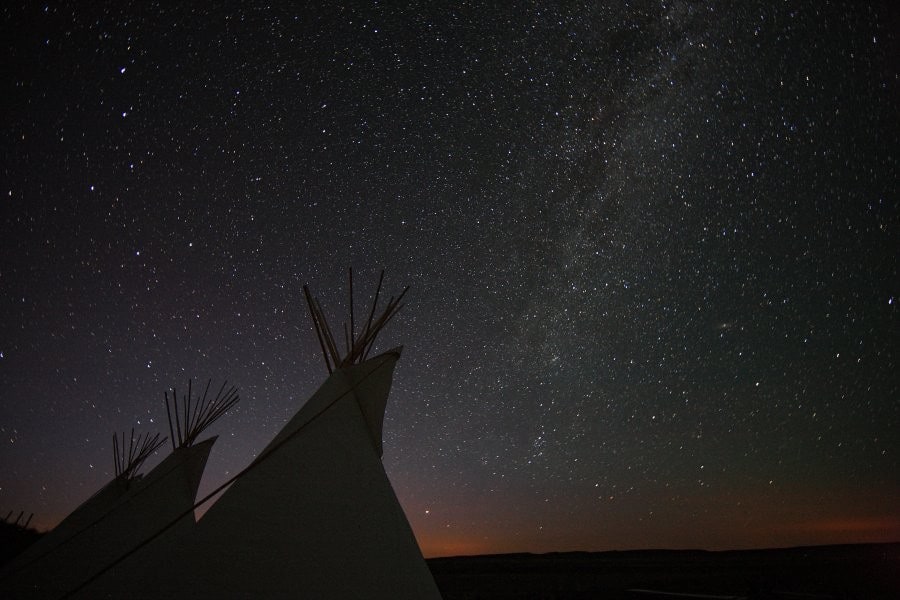 Seeing animals in their natural habitat is such a treat. Brown bears, coyotes, and elk are among those that can be found here. Campers get excited for nighttime because Grasslands is one of the world’s largest Dark Sky Reserve. Warm summer nights are perfect for stargazing and storytelling around the campfire here in this prairie.

Auyuittuq translates as the “land that never melts” in Inuktitut.  This is the country’s only national park that is located north of the Arctic Circle. More than eighty percent of the entire area is covered with ice. If you would like to spend time in a fairytale-like winter wonderland, this is the place to be. You will not have problems with the crowd, since Auyuittuq has fewer visitors compared to the likes of Banff and Yoho. 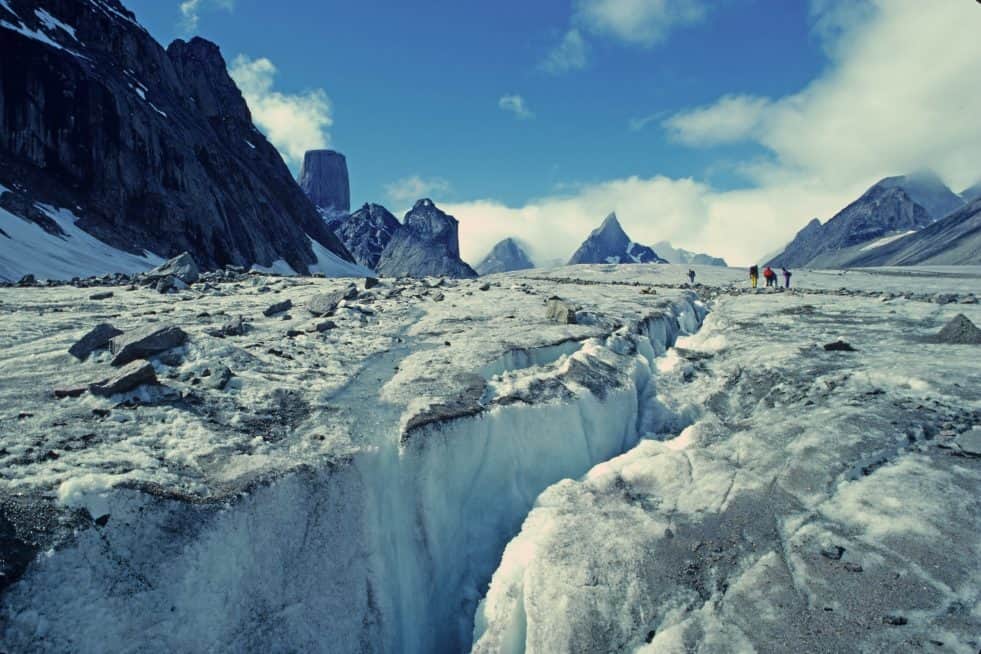 The park has over 12,427 square miles (20,000 square kilometers) of wildlife that has remained untouched by humans where wild fauna and flora thrive. To get to the park, you can either travel by boat or snowmobile from Qikiqtarjuaq or Pangnirtung. The journey is absolutely worth it, because you will be welcomed by the breathtaking view of sparkling glaciers and snow-capped mountains. If you come between July and September, you’ll experience fair the midnight sun.

Pacific Rim is one of the most visited tourist attractions in Canada. It is made up of three separate regions: Long Beach, the Broken Group Islands, and the West Coast Trail.

Long Beach is the most accessible among these three regions; it is also a good surfing spot. Campers also flock here, since it has ninety-four camping sites that cater to trailers and tents. Wickaninnish Interpretive Center is also popular among tourists in the area. Here you can find exhibits about local wildlife, plants, culture, and history. Theater, restaurants, and a gift shop are available here. Of course, if you prefer to see the actual animals and plants, you will not be disappointed. The reserve, with its rugged coast and temperate rainforests, is open from mid-March until late October. Sightings of marine animals such as sea lions, whales, porpoises, and seals are common on the reserve’s shoreline. Land animals such as cougars, wolves, minks, and black bears also live in the area.

The Broken Group of Islands, one of the three regions, is made up of over a hundred small islets. Aside from kayaking, camping is also popular here, since there are seven camping areas on the island.

GrosMorne, which means “large mountain standing alone” or “great somber” in French, is a UNESCO World Heritage Site and is home to over five thousand moose. Hiking the trails is a popular activity in this park. On your visit, you can explore the twenty marked day trip trails and check out the coastal and interior areas of GrosMorne. 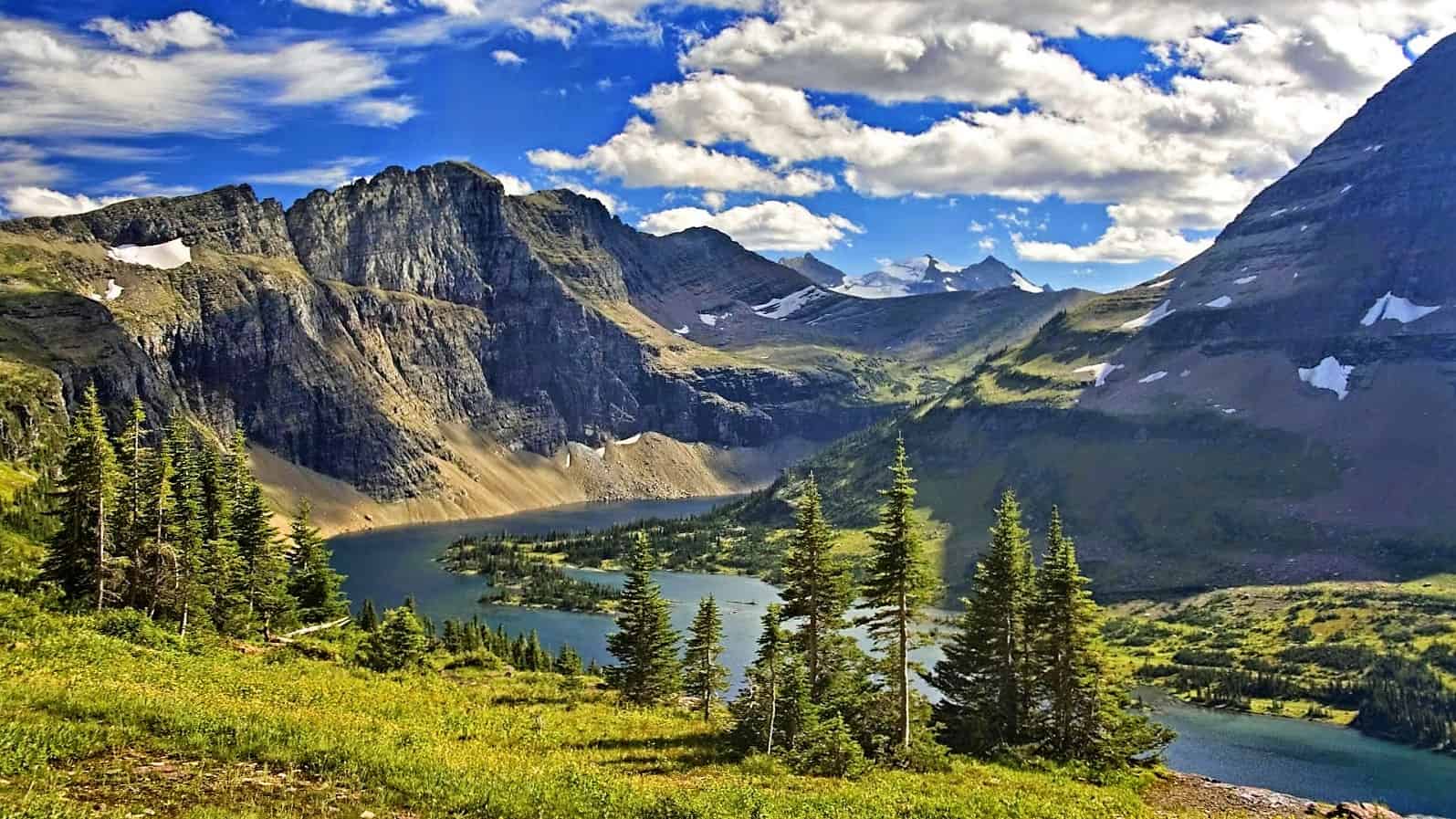 One of the recommended must-sees in GrosMorne is the Tablelands. Here you would find ultramafic rocks which are, interestingly enough, normally found far below the Earth’s surface.

Mount Logan of the Saint Elias Mountains, which is the highest mountain in Canada, can be found here. Towering mountains and sparkling glaciers cover over eighty percent of the park’s landscape. Kluane is a popular destination for adventure and outdoor activities. A campground is located at the banks of Kathleen Lake. Families come here for a picnic around May to September. 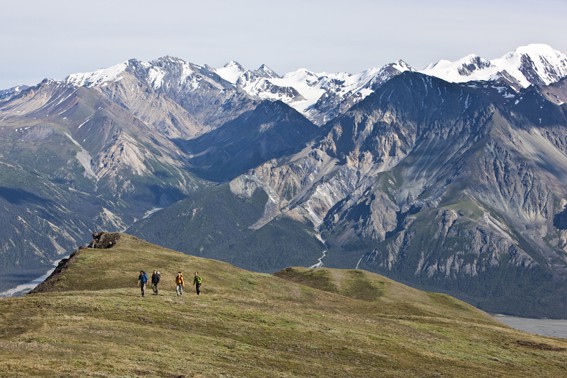 There are multiple ways you can enjoy your visit. In various parts of the reserve, hiking, rafting, mountain biking, and horseback riding are top things to do. For those who fancy fishing, Musk Lake and Kathleen Lake are abundant with trout, northern pike, and sockeye salmon, to name a few.

The park may be familiar to you, since it was the subject of a short film called National Parks Project by director Louise Archambault, which was released in 2011.

A roadtrip with windows down and music in full blast is perfect in Cabot Trail because of the world-famous scenic highways that run through the park.  The park’s postcard-perfect landscapes attract visitors all year long. Once you get tired of driving, there are five main salt water ocean beaches and two freshwater lakes in the park that you can check out. 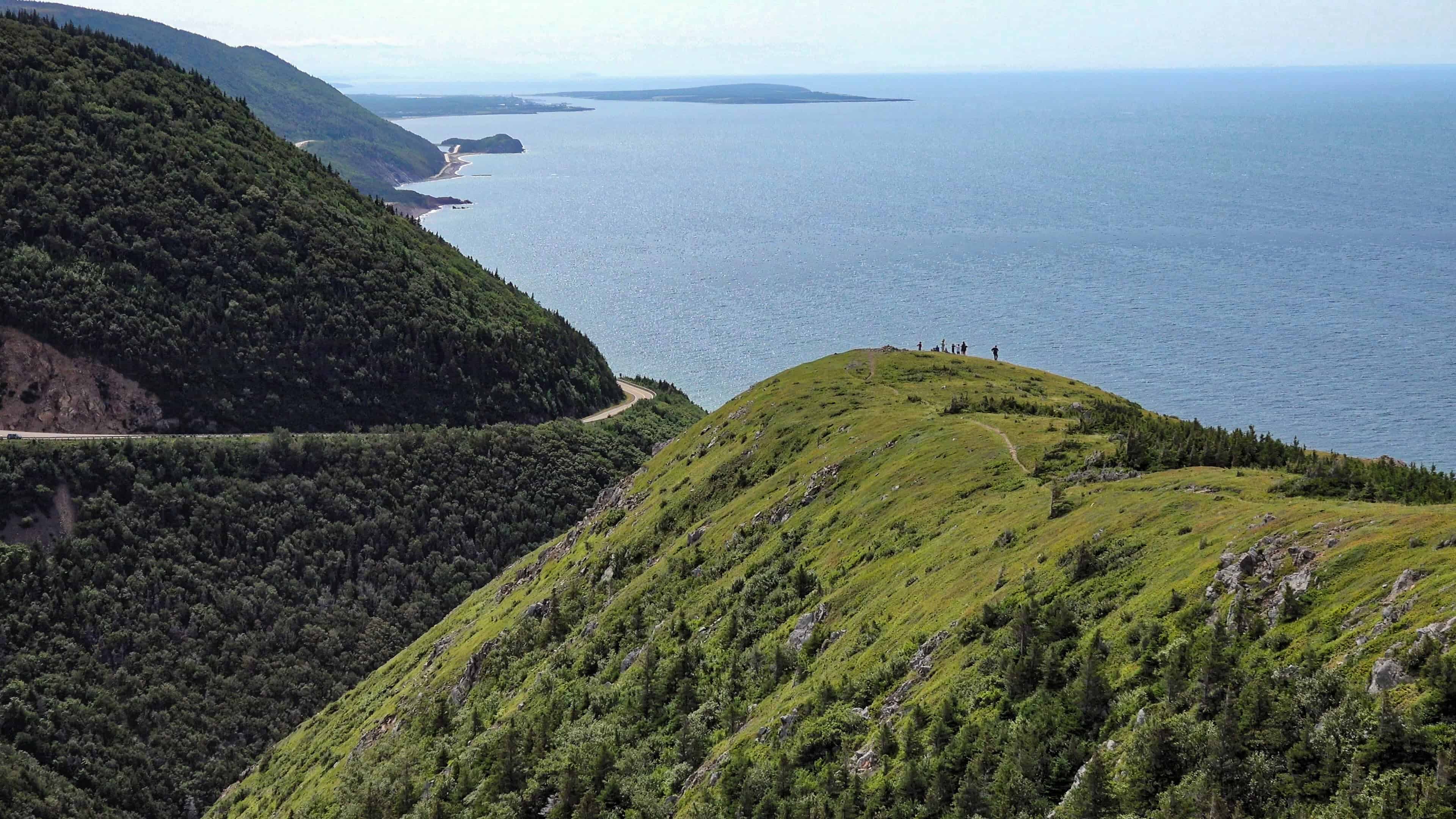 Cape Breton has often been referred to as the place where the mountains meet the sea. Its steep cliffs and deep river canyons are extremely popular among hikers. To catch the sunset or for whale-watching, climb up Mackenzie Mountain to get the most awesome view.

Pelee means bald in French. The park was named this because it consists mainly of marsh and woodlands; however, you can come here any time of the year and not run out of things to do. If you prefer the summer sun, you will be joined by cicadas. During the spring, you will be welcomed by songbirds and many other bird species that migrate here during this season. 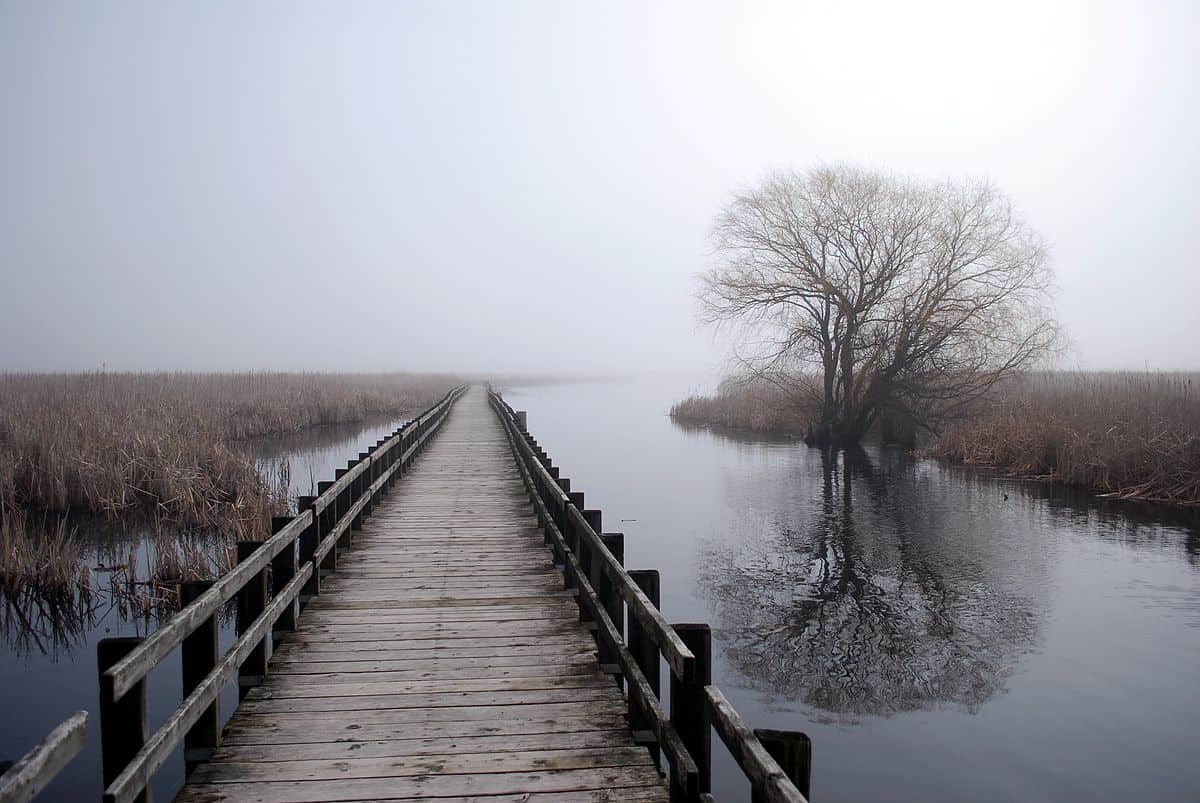 If bird-watching interests you, May is the best month to visit. These winged creatures flock over Lake Erie. If you prefer to come during colder weather, you might get a glimpse of deer and turkeys. A walk on the Marsh Boardwalk Trail in this park is also a must-try.

Are you a fan of Anne of Green Gables? If yes, Prince Edward Island National Park is a must-visit for you. Green Gables, which is part of the park, was the childhood inspiration for Lucy Maud Montgomery’s classic novel. This is one of the reasons why tourists frequent the area. 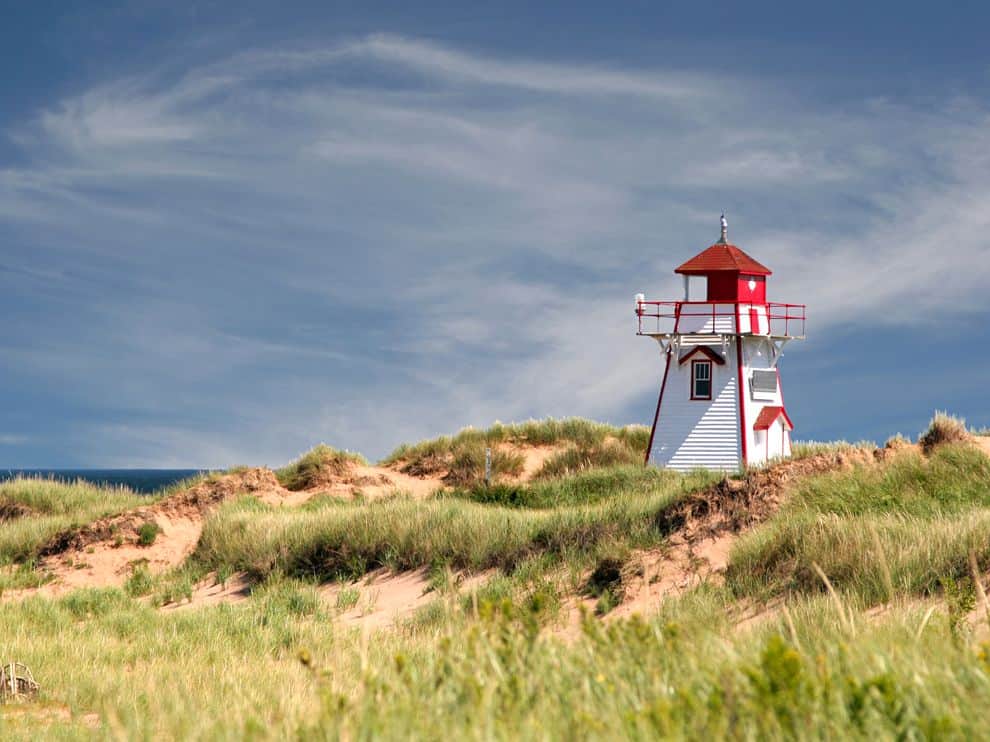 The park is family friendly, and picnics and strolls by the beach are perfect for groups travelling with kids. Of course, the Covehead Lighthouse also adds beauty to the beautiful coastal landscapes. The park has protected beaches, which are a nesting haven for piping plovers(small sand-colored sparrow-sized shorebirds that resemble sandpipers), and has been hailed as an Important Bird Area in Canada.