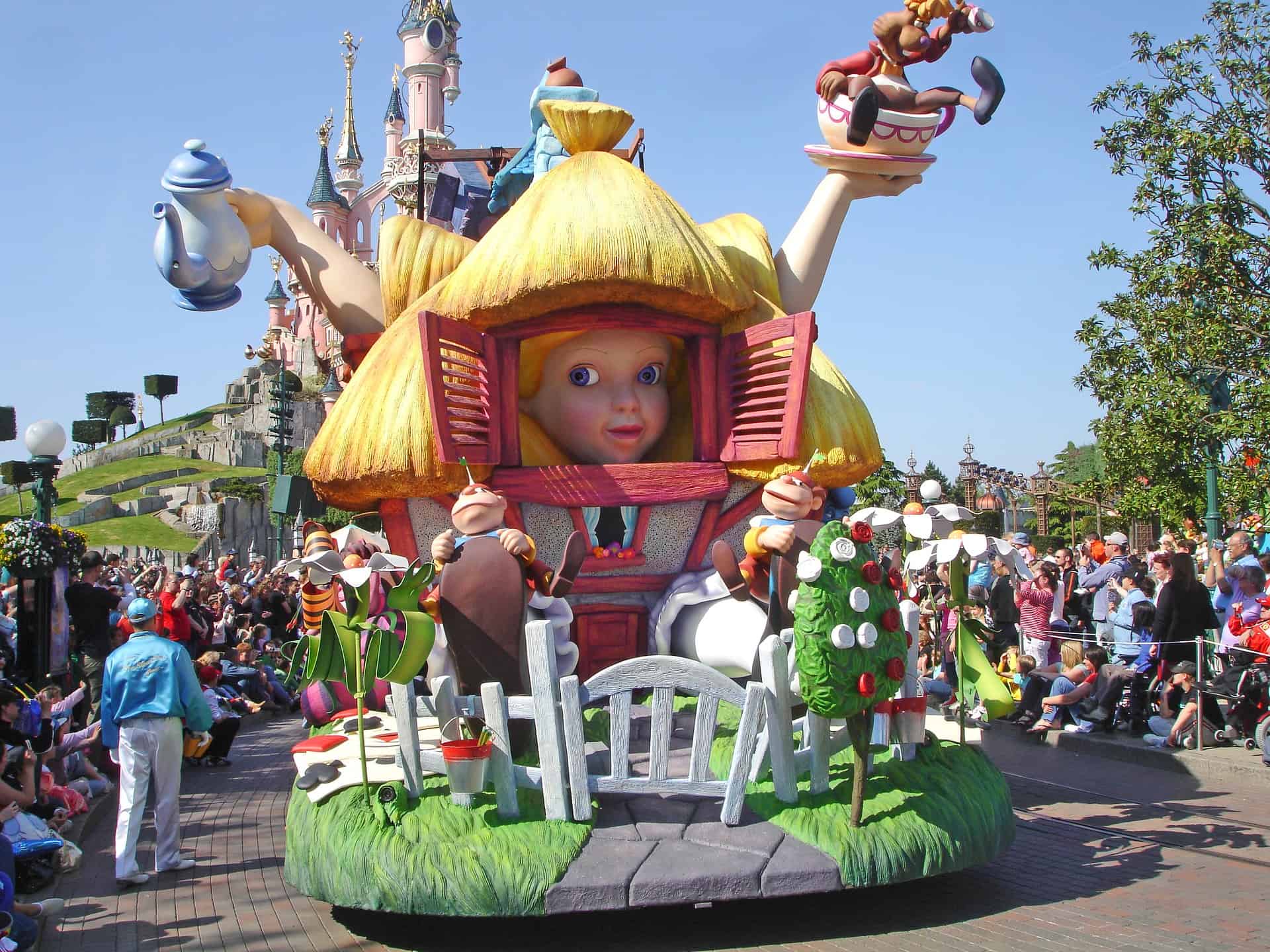 Disneyland and Disneyworld may be on the opposite sides of the country, and while there are many other differences, you will see that many things are also the same.  There are many questions that you may have about each one of these parks, especially if you are trying to determine which one to visit first and which one to leave for another time.

A Few Most-Asked Questions About Disneyland vs Disney World

Disneyland vs Disneyworld Which Came First?

Disneyland opened first with its opening day being July 17, 1955.  Walt Disney was able to oversee the design and construction of this park before his death.  Disney did develop Disneyworld before his death in 1966, but the park was not completed and opened until October 1, 1971.

Disneyland is currently comprised of approximately 510 acres, while Disneyworld has 27,258 acres of space.

How Many Disney Parks are There?

Disneyland and Disneyworld are both made up of multiple parks and you must know which parks go with each area before you plan your trip.  Disneyland has Disneyland Park and Disney California Adventure Park, while Disneyworld includes Magic Kingdom, EPCOT, Disney’s Hollywood Studios, and Disney’s Animal Kingdom.

Amazing Information About Disneyland vs Disneyworld 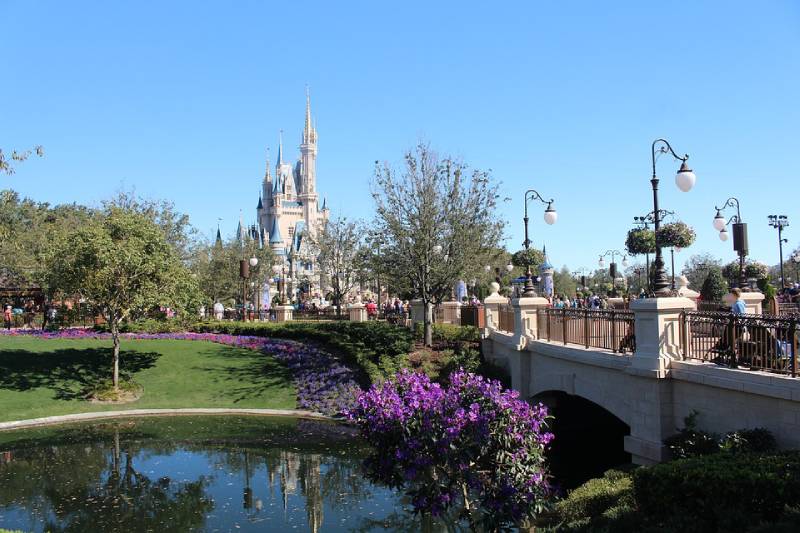 While each park is jam-packed with rides, entertainment, and popular Disney characters, each one offers something unique for every guest.

Disneyland Park contains nine themed lands but that was not always the case.  In the beginning, this magical destination only had Main Street USA, Adventureland, Frontierland, Fantasyland, and Tomorrowland.  Since then, New Orleans Square, Critter Country, Mickey’s Toontown, and Star Wars: Galaxy’s Edge have opened up. Back in 1957, Disneyland Park opened Holidayland as one of their themed lands, but it was so controversial that it closed near the end of 1961.

Fireworks have always been a part of Disneyland and Disney World, but that doesn’t mean that the shows have remained the same since the beginning.  Fantasy in the Sky was the first fireworks show and it started back in 1958. That show remained the same until 1999 when Believe…There’s Magic in the Stars began.  Fantasy in the Sky did make a comeback in 2015, but its stay was a brief two years. The other shows have included Imagine…A Fantasy in the Sky, Remember…Dreams Come True, and Magical: Disney’s New Nighttime Spectacular of Magical Celebrations.  The newest fireworks show, as of 2019, is Disneyland Forever.

Of course, there are a couple special holiday firework programs every year and at Disneyland, they include Halloween Screams, Disney’s Celebrate America: A 4th of July Concert in the Sky, and Believe…In Holiday Magic.

Fireworks are done every night during the busy season, but you must plan your trip carefully during the off-season to ensure that you see them.  The reason for this is that they are not held nightly during the slower times of the year. This may seem crazy to you, but since Disneyland spends more than forty-one thousand dollars for fireworks per night, it does make sense.

Surprisingly, Disney World is only using approximately half of its available acreage, but that means that at some point in time, this theme park could be even more massive than it already is!  The themed lands in Disney World all branch off from where Cinderella’s Castle is located. There are only six themed lands in this Disney World park, and they are Main Street USA, Adventureland, Frontierland, Liberty Square, Fantasyland, and Tomorrowland.

When it comes to fireworks, each Disney World park does something different.  Magic Kingdom currently hosts the Happily Ever After Fireworks, while Animal Kingdom offers the Rivers of Light.  Hollywood Studios has Fantasmic! for their fireworks show and while EPCOT has had the same fireworks show for many years, that is going to change as of right now.  IllumiNations: Reflections of Earth just ended, and EPCOT Forever will continue through the end of this year. However, at the beginning of 2020, EPCOT’s fireworks spectacular will be A Celebration of Christmas Music.

What’s New at Disneyland vs Disneyworld

This Mickey Mouse theme ride is the first of its kind and it will open up inside Disneyland in 2022.  You will board a train with Goofy and be taken away on an adventure of a lifetime filled with all sorts of twists and turns.

The Avengers Campus will open in 2020 at Disney California Adventure Park.  There are numerous superheroes inside this campus, and you will encounter them all during your journey.

The newest Disneyland Park parade will remind you that magic happens everywhere.  The parade will make its way down Main Street USA and will be filled with floats, costumed characters, and a grand finale that will leave you wanting more!

This railway is coming to Disney World as well, but it will be open there by 2020.

This spectacular one of a kind show will have you on the edge of your seat when you see this new performance at Disney World in the Spring of 2020. 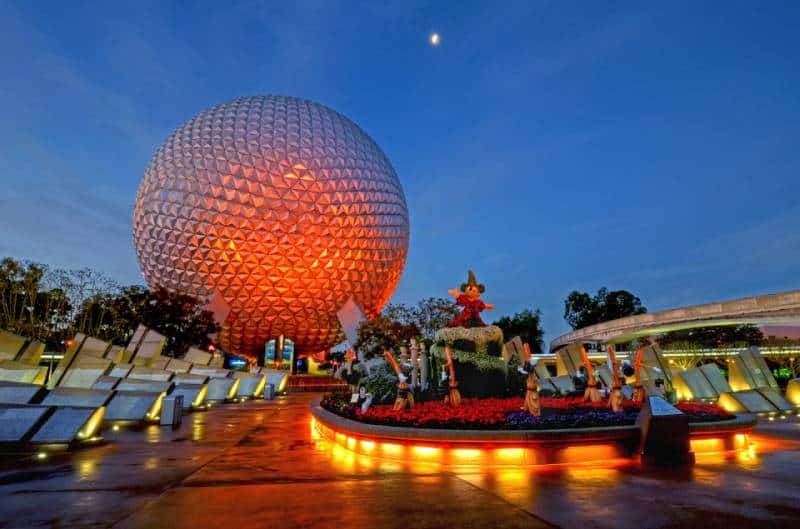 After all these years, EPCOT is going through a massive transformation, but don’t worry, you will love it even more than you do now!  There will now be four neighborhoods and they will be World Showcase, World Celebration, World Nature, and World Discovery.

When it comes to the question, “Disneyland vs Disneyworld Which is Better?”, there really isn’t any clear-cut answer.  It really depends on how far you want to travel, what types of attractions and shows you want to see, and how many parks you want to visit during your vacation.  Of course, you also have the surrounding area of each park, and that means that your decision may be based on whether you want to spend your hours outside of Disney in California or Florida.