There’s that old saying that goes something like: it’s the journey, not the destination that counts. We travel because we are curious. We are not only curious about the cultures we hope to absorb, but we travel because we are curious as to what we will remember six months, five years, or a decade after the conclusion of our trip. What moments will cause you and your friends to laugh? What travel mishap will cause your significant other to grin? What instant will you and your family cherish forever? Here’s the thing: we don’t know! All we can do is enjoy the ride.

I spent some time in Malawi, an African country in sub-Saharan Africa awhile ago. Maybe Malawi is on your solo travel docket. If so, I am incredibly jealous. When my trip to Malawi trickles into my consciousness, I smile and instinctively search for a far-off date when I can return and seep in more of that beautiful country. No matter where you, or me, or any of us pick as our next travel destination, it’s important to keep that bulletin board mantra in mind: it’s the journey that counts. Onwards to Malawi. 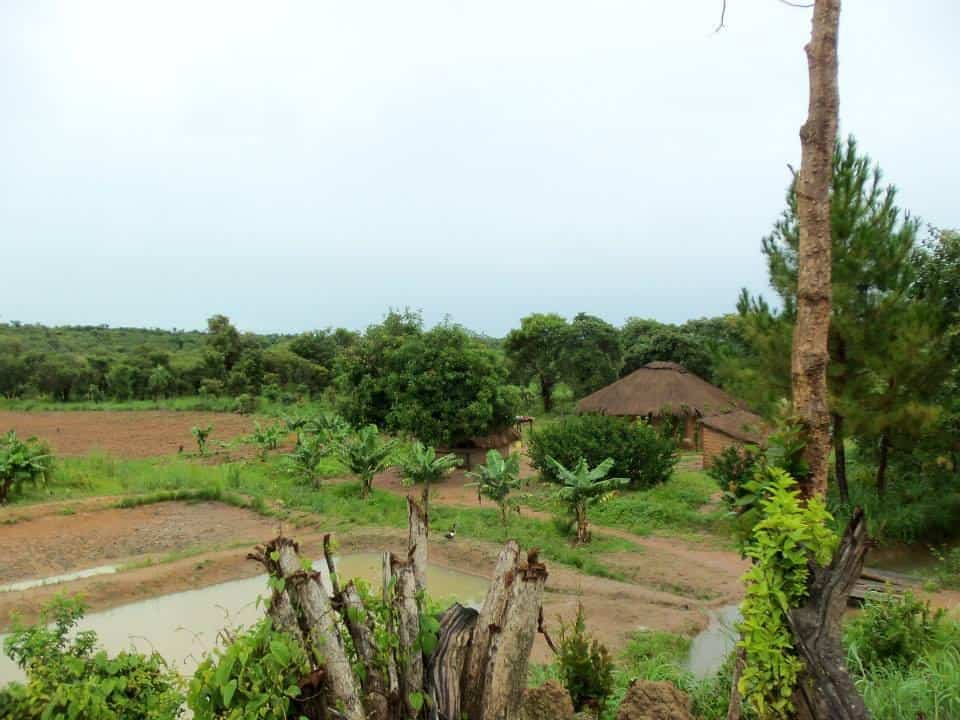 Small Zambia Village where I had volunteered.

I met up with my good friend, whom I had met several years earlier in college and had decided would be a life-long travel buddy. We had gotten ourselves caught up in countless road trips in the past, and had built a friendship constructed upon mischievousness, wanderlust, and responsible class-skipping. While he was building a post-graduate career of his own, I was off on an African adventure — volunteering in a small Zambian village and getting a sense of self. About halfway through my commitment in Zambia, my friend agreed to meet me in the African city of Lusaka and then travel, by bus, to Lilongwe, the capital city of Malawi. We wanted to imbibe all we could of Malawi.

I felt smug and self-important as I chaperoned my friend from the airport to the noisy central bus station of Lusaka, Zambia. I had become comfortable with life here, and felt overly confident in my abilities to help him acclimate to the mannerisms, food, and quirks that I had fallen in love with.

It was late December; in fact, New Year’s Eve was only a couple days out. Yet, there was no sign of the holiday spirit as we zigzagged our way through the congested streets of Lusaka to the bus station. Back in the United States, my friend faced sub-zero temperatures and heavy shovels, and plenty of advertisements promising to help keep that New Year’s resolution. Here? Ordinary hustle.

It was this hustle that we witnessed as the bus prepared to head north on the long 12 hour journey to Malawi. We glanced out the windows and saw woven baskets precariously (at least to us) balancing upon the heads of men and women as they sold their wares. My friend nudged and opened up his pack, revealing the American snacks and candies I demanded he bring for me.

The bus grunted to life and we pulled out of the bus station, having plenty to catch up on and plenty of snacks at our disposal. We had a few shirts, our passports, and an eager sense to see something new.

With Malawi and New Year’s Eve ahead of us, we enjoyed the view from our bus. The road we traveled on was thin, and dotted with police checkpoints. It was my friend’s first opportunity at what would become a reoccurring theme: officer boards bus, checks passports, and looks twice at the sight of two foreigners on a bus heavy with locals.

Our journey up to the border didn’t consist of animals or safari lodges or African dances that you might see on National Geographic. Instead, what we saw from our window was the charming landscape of villages and the people that reside in them. We passed Savannah land and thick bush. We saw lines of people walking along the road’s shoulder; they carried an assortment of containers and garden tools and vegetables. We saw men dressed riding bicycles as they hauled produce to the local market. Our bus companions slept or talked on their phones or listened to the music that radiated from the speakers — mostly gospel music.

We pushed further north until we reached the border and joined the throng of vehicles and people waiting to exit Zambia and enter Malawi. We got off the bus and went through the business of getting our passports stamped before once again boarding the bus to reach Lilongwe. All that separated the two countries, it seemed, was a tiny gate and a cheerful, machine-gun wielding officer. 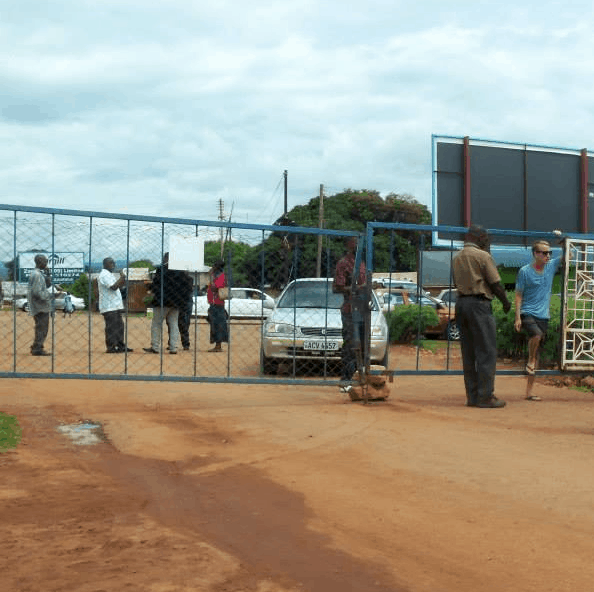 Crossing the border between Zambia and Malawi

The Malawian city of Lilongwe greeted us with a typical assortment of markets and mismatched buildings. We were not in Lilongwe blind. My travel buddy had arranged for us to stay with a family he knew from his experience working at a summer camp in the BlackHills of South Dakota, USA. A young student form Lilongwe had accepted a program to be an intern at the summer camp and had become good friends with my friend. So now that this fellow was back in Malawi, we had a free place to stay over the New Year’s holiday. The family met us at the bus station, located in the heart of Lilongwe, and we drove off to our new accommodation. The house we stayed at was a modest building. A television was lit in the corner and aired the local news. We were shown to our room and my friend and I quickly fell asleep to the sound of children playing somewhere nearby.

We awoke on New Year’s Eve day and left on a day trip to Lake Malawi. Lake Malawi is a large freshwater lake.

As we drove out to the lake, I got a better sense of what Malawi village life was like. I remember seeing clusters of huts with banana trees and farmers working in their fields. I remember asking questions about trade and transportation and whether the president was good or bad and if last year was better then the one before it. 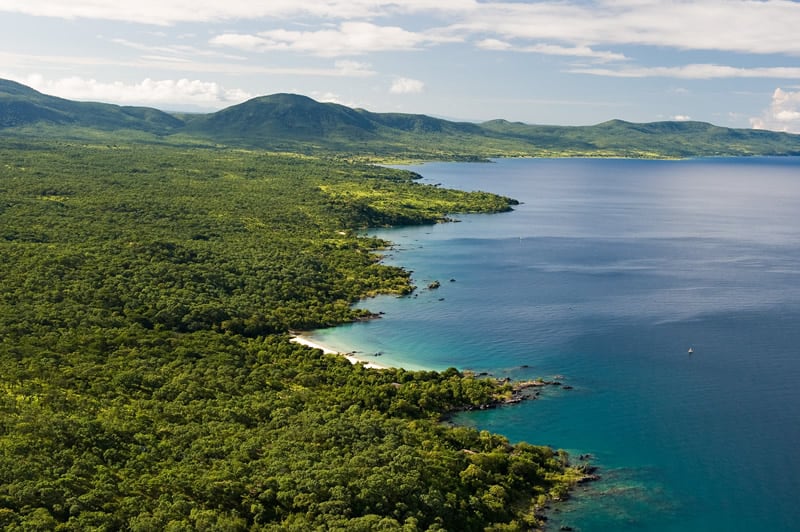 We swam at the lake, and enjoyed the warm and clear water. We splashed around, acting like younger versions of ourselves and forgetting that somewhere on the lake crocodiles roamed. It was hard to imagine that just yesterday we were on a bruising bus ride across the length of Zambia and now we were backstroking in Lake Malawi.

My friend and I returned to our accommodation in Lilongwe as the sun dipped below the horizon and the end of another year. My friend hit a wall on New Year’s Eve — the jet lag had set in along with any ill-feelings after an all-day bus ride. He fell asleep at 10:00 to the sound of bottle rockets being set off outside. I was left to wander the neighborhood until midnight. Children and their parents set off fireworks from the streets, and I watched with glee. At 11:59, I found myself standing in the doorway of the house. A countdown ticker was playing on the television and I didn’t even care that the television broadcast was a recorded version from the year previously.

When the clock struck zero, I heard more and more bottle rockets shoot up into the sky to welcome the new year. That was the moment I remember most of that trip. It wasn’t extravagant. For however brief those seconds ticked by, the moment stood still in my mind. When I think of my trip to Malawi I don’t think of my drive through Lilongwe. I don’t even think of my swim in the lake. What I think of most is those few precious seconds watching children and parents shooting off fireworks in an city so different than the culture of my childhood.

At the dawn of a new year, we awoke to a traditional meal: ugali (think: cornmeal rolled into balls), chicken, and fried vegetables. We thanked our host and kindly received a lift back to the city bus station. We boarded a big blue bus and awaited the long journey back to where we had started 48 hours previously. Just another bus ride in Africa.