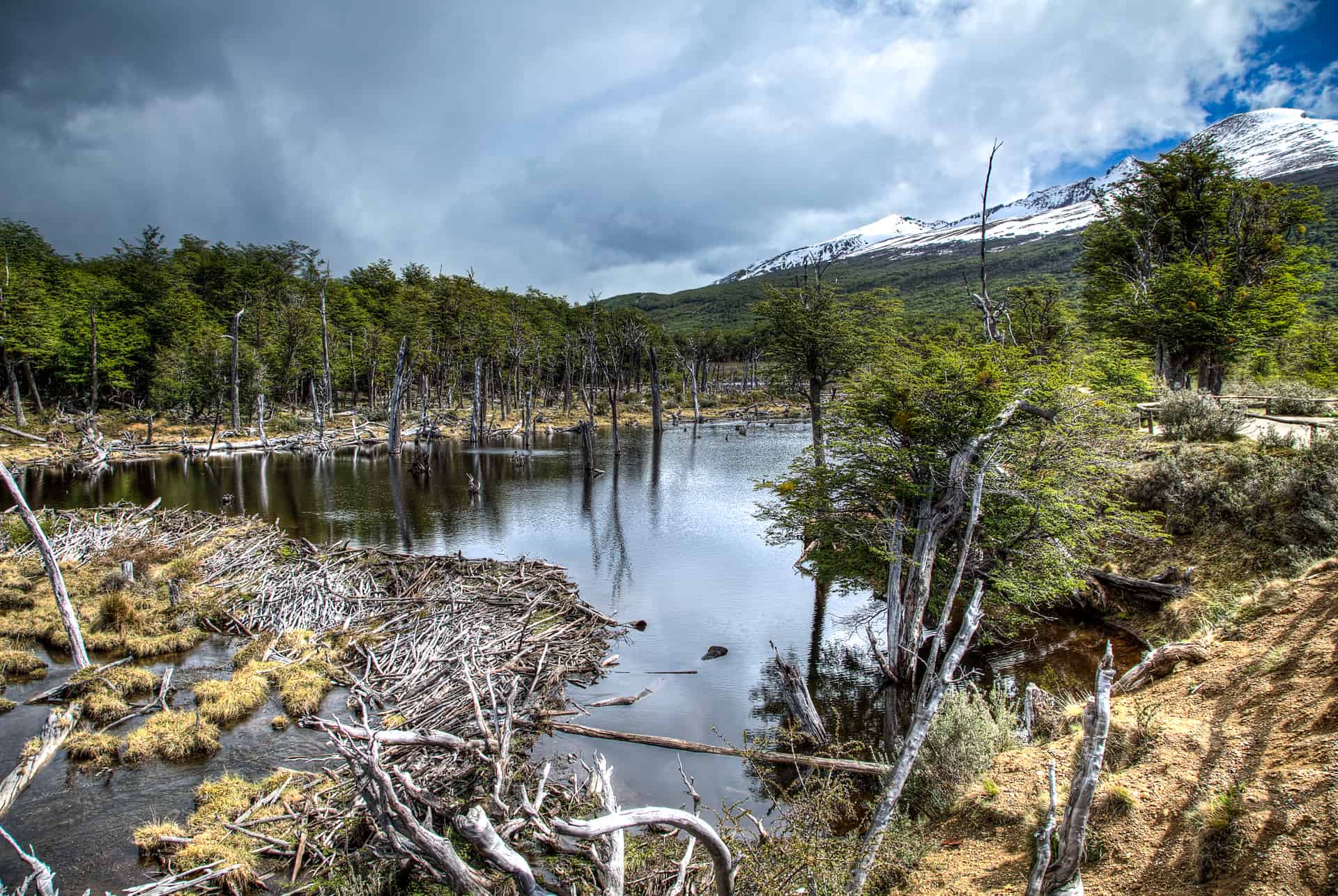 As my plane circled for its final descent, the grey and brown mountains of Tierra Del Fuego stared back at me. I had finally taken the plunge, leaving my small town in Vermont to discover the southernmost point of South America for myself. I have always been fascinated with the “dark spots” on a map. When looking at a light pollution map, areas of the world without development and electricity show up black, contrasting the urbanized areas and their bright lights. Patagonia is one of the least populated and least developed regions on the planet, making it the ultimate “dark spot.” 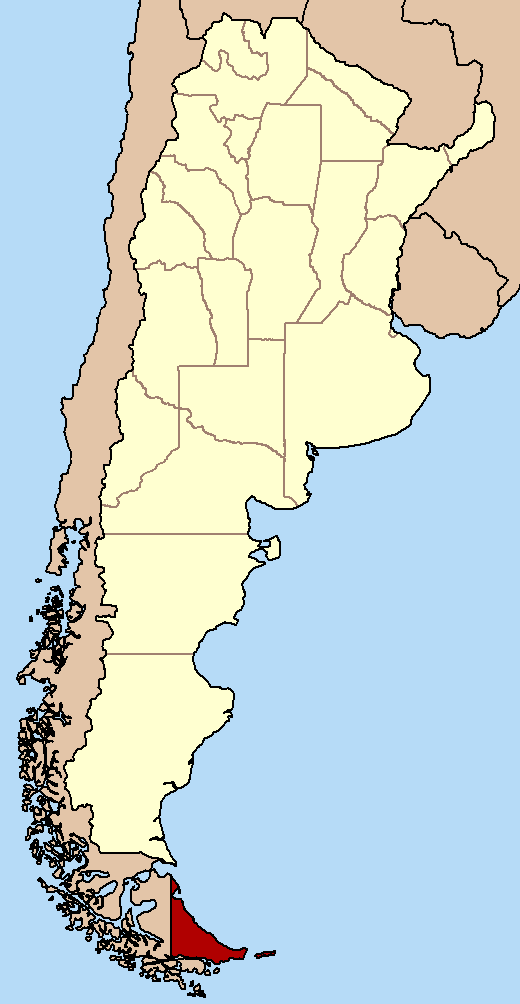 The region known as Patagonia is on most every traveler’s and family’s “go-to” list, but its sheer size was overwhelming for me. Being about the size of Alaska and with even less people and development, I didn’t know where to start or even what to do. After a few months of intensive research, studying maps and reading up on various locations, a plan began to formulate. I realized I would never see everything I wanted unless I created a plan of action; a list of sights and places to visit. The most logical method in my mind was to start at a dead end, Ushuaia, and work my way north. I was going to use the shape of South America to my advantage and begin my travels at the thinnest part. Once I closed some theoretical doors, my Patagonia trip became extremely palatable and even more exciting.

Only a few thousand feet tall, the mountains resemble giant peaks found farther north in the Andes. Because of Tierra Del Fuego’s extreme latitude, the tree line ends at only a few hundred feet in elevation, making the mountains look massive. Ushuaia, with a population of over 56,000 people, has become something of a destination. Billing itself as “Fin Del Mundo,” locals commonly refer to it as the most southerly city in the world. 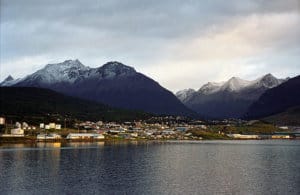 Touching down at the airport, I took a taxi into town. It was still early and I needed to exchange money. Before heading down to Patagonia, I took a semester of conversational Spanish at the local community college and, I was glad I did. No one in the airport spoke English, and the taxi driver sure didn’t. Speaking in broken Spanish, I used the phrase, “cambiar dinero,” (change money) to get the driver’s attention. He laughed at me when he realized I had just come from “Estados Unidos” with nothing but a backpack and a tent, and in that moment, he decided to become my unofficial guide for exchanging money. 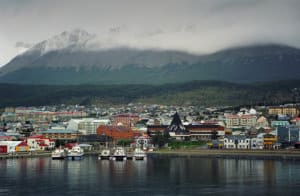 View of Ushuaia from the sea

The taxi driver relayed to me that in Ushuaia, the casinos offer the best exchange rates, and he drove me to the closest one. The time was about 6 a.m.,  and I was the only person walking into the business. This casino was particularly small, set in an alleyway, only having one door and a tiny sign out front. Inside were two tables for playing, and because of the time, I was the only person there. The owner looked as if she had just woken up, but when I spoke the magic phrase, “cambiar dinero,” she immediately understood what I needed. At first, she tried to only give me 10:1 for U.S. dollars, but I knew that was too low (at that time, the official exchange rate was 7:1). I started at 15:1. “Quince,” I kept saying. Eventually, we agreed upon 13:1. Haggling over a money exchange is a fun experience, and the people of Argentina are incredibly friendly about it. Do not be afraid to ask for more; they want U.S. dollars because in most places, property can only be bought with U.S. currency.

Leaving the casino and waving goodbye to my taxi driver, I decided to explore more of this little town as the sun was rising. Before the Panama Canal was dug, Ushuaia was one of the most important ports in all the world. Ships had two options of traversing between the Pacific and the Atlantic Oceans: The Strait of Magellan or the Beagle Channel, which is where Ushuaia is located. There are placards on every street corner remembering the “glory days” of shipping and commerce at the bottom of the world. Even today, the port is still very active, and watching the container ships come in and out was a great way to spend part of the morning. 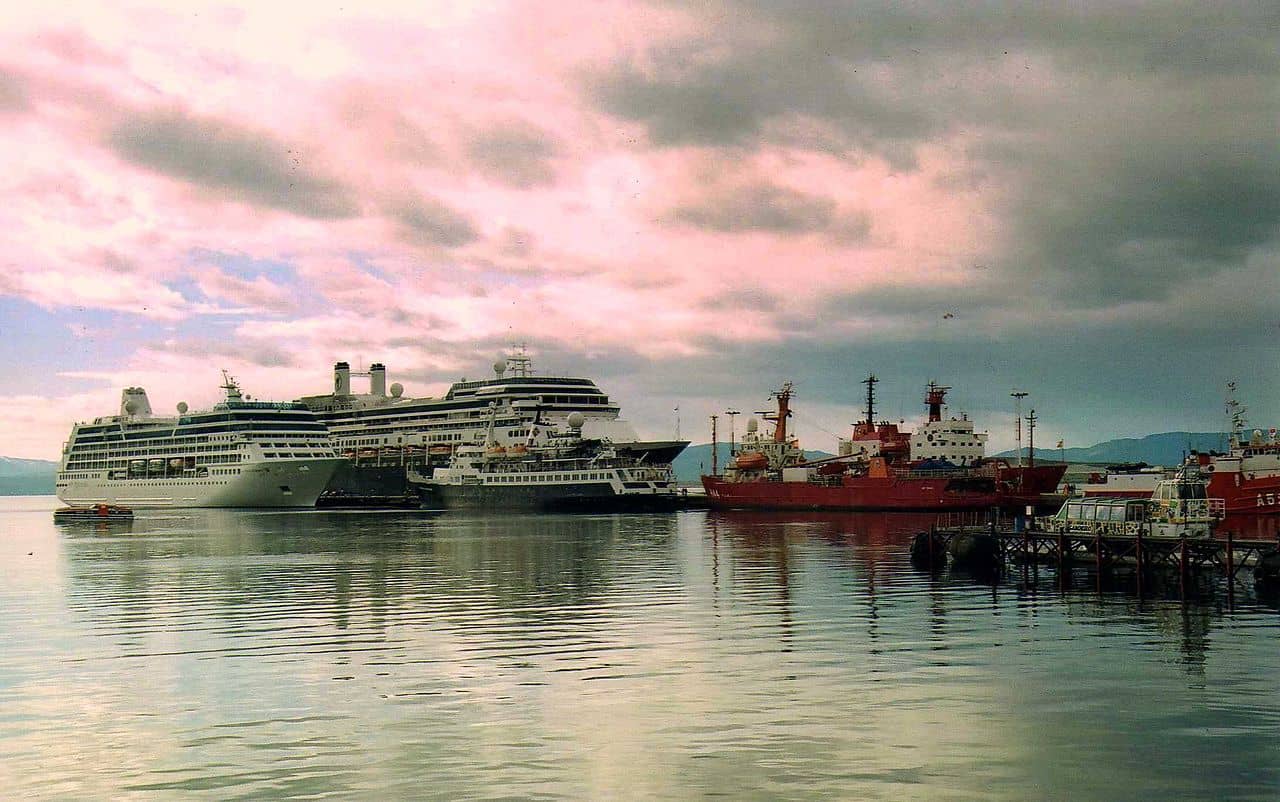 The economy of the region has made up for the losses in shipping with an enormous increase in tourism. Every year, thousands of people from around the world come here to stand at the end of the world and stare south, trying to catch a glimpse of the seventh continent. Although it is not possible to see Antarctica from South America, Ushuaia is extremely close, closer than any other city of its size. The large majority of Antarctic cruises leave from here and the main street of downtown caters to the intrepid tourists who make it this far. Luxury hotels, book stores, and boutique restaurants can all be found in Ushuaia, and despite its remoteness, I never felt isolated from the world. I met a couple vacationers who were hanging out in town waiting for one of the cruise ships to sell them a ticket at a bargain price. When there are only one or two bunks left on a ship, the tour companies sell tickets for fractions. 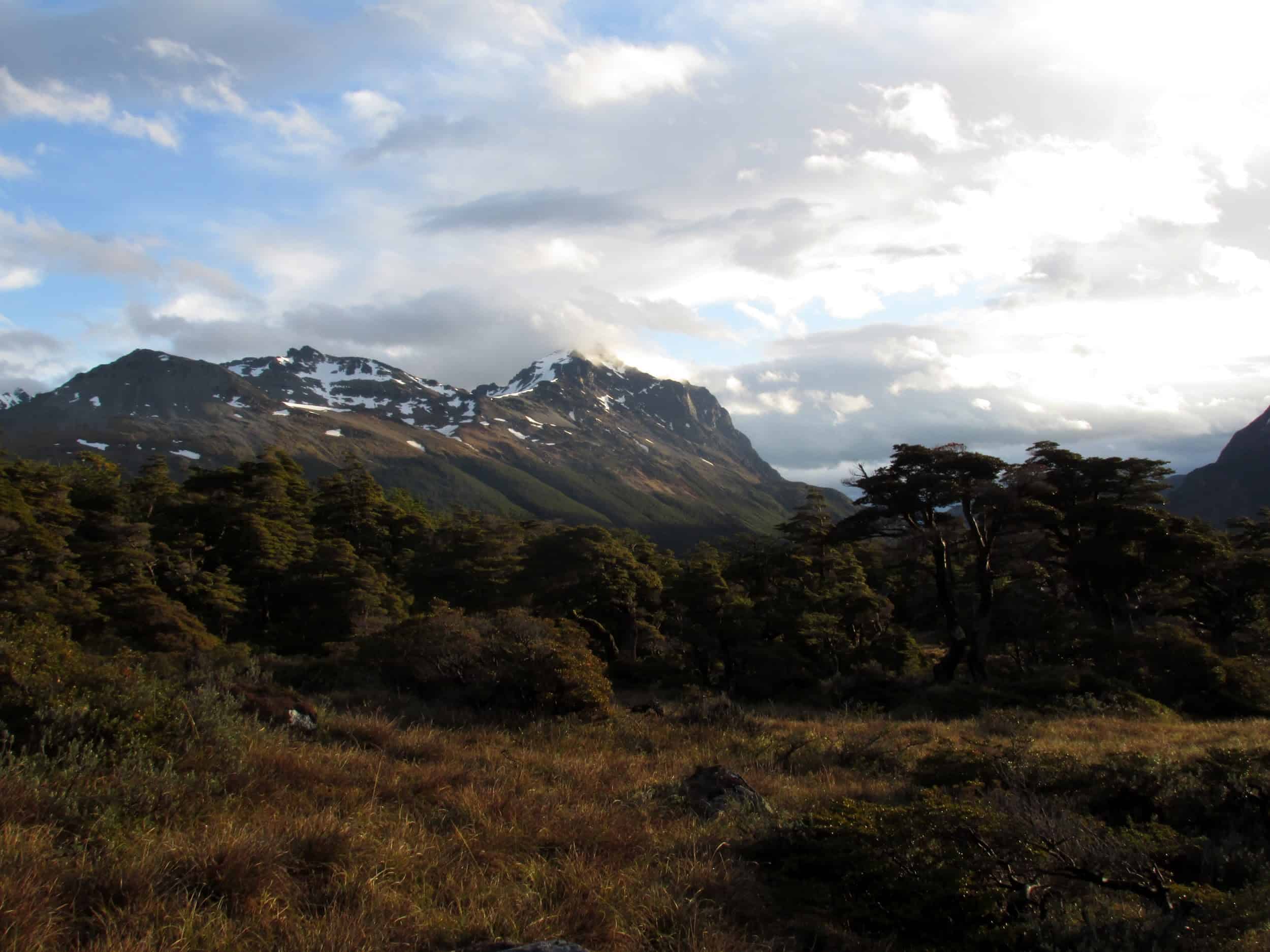 No need to sleep in a tent if you don’t want to but Ushuaia is not cheap!

The city of Ushuaia is not the most budget-friendly in South America; If you’re travelling solo or are a young traveler, a bunk in a hostel will cost over $20 if you can find a spot. If you want a more comfortable experience or traveling with family and children, there are plenty of hotels that will provide all the comforts of home with gorgeous views of the mountains and ocean. I opted for sleeping in my tent which has been one of the attractions of coming to this area; just outside of town are world-class hiking trails. The Sierra Valdivieso Circuit offers some of the best Patagonia hiking in the region. Tierra Del Fuego National Park is also within a short drive to Ushuaia, and the scenery is absolutely magical.

Camping and hiking in both these areas are free, and the lack of large predators may ease your mind into exploring the back-country.

As my trip progressed, I made my way to Chile, specifically Isle Navarino via a ferry, Ushuaia may lay claim to being the most southerly city in the world, but that crown actually goes to a Chilean town that is south of the Beagle Channel, Puerto Williams. Getting to this small town requires crossing the Beagle Channel,  the most southerly border crossing in the world. Meanwhile, it’s common for the ferry to be canceled during bad weather, and if you are traveling south, it is important to allow yourself some flexibility in case this happens. The day before was beautiful and sunny and so the ferry was canceled because the captain decided to go to a barbecue instead. Cancelling work in favor of good weather and parties is not uncommon in Patagonia, so it is best to prepare yourself for experiences like this. When I finally got a chance to get on the ferry it was smaller than what I expected will be used for an international border crossing in the world’s most extreme latitude. The entire ferry was  a small inflatable boat with barely enough room for 12 people and their personal belongings. The group I was traveling with had worked themselves up over the cancellation, and were ready to give the captain a piece of their minds but when she turned out to be a young and friendly woman of about 21 years of age, most people’s anger dissipated. We soon arrived at the border between Argentina and Chile. 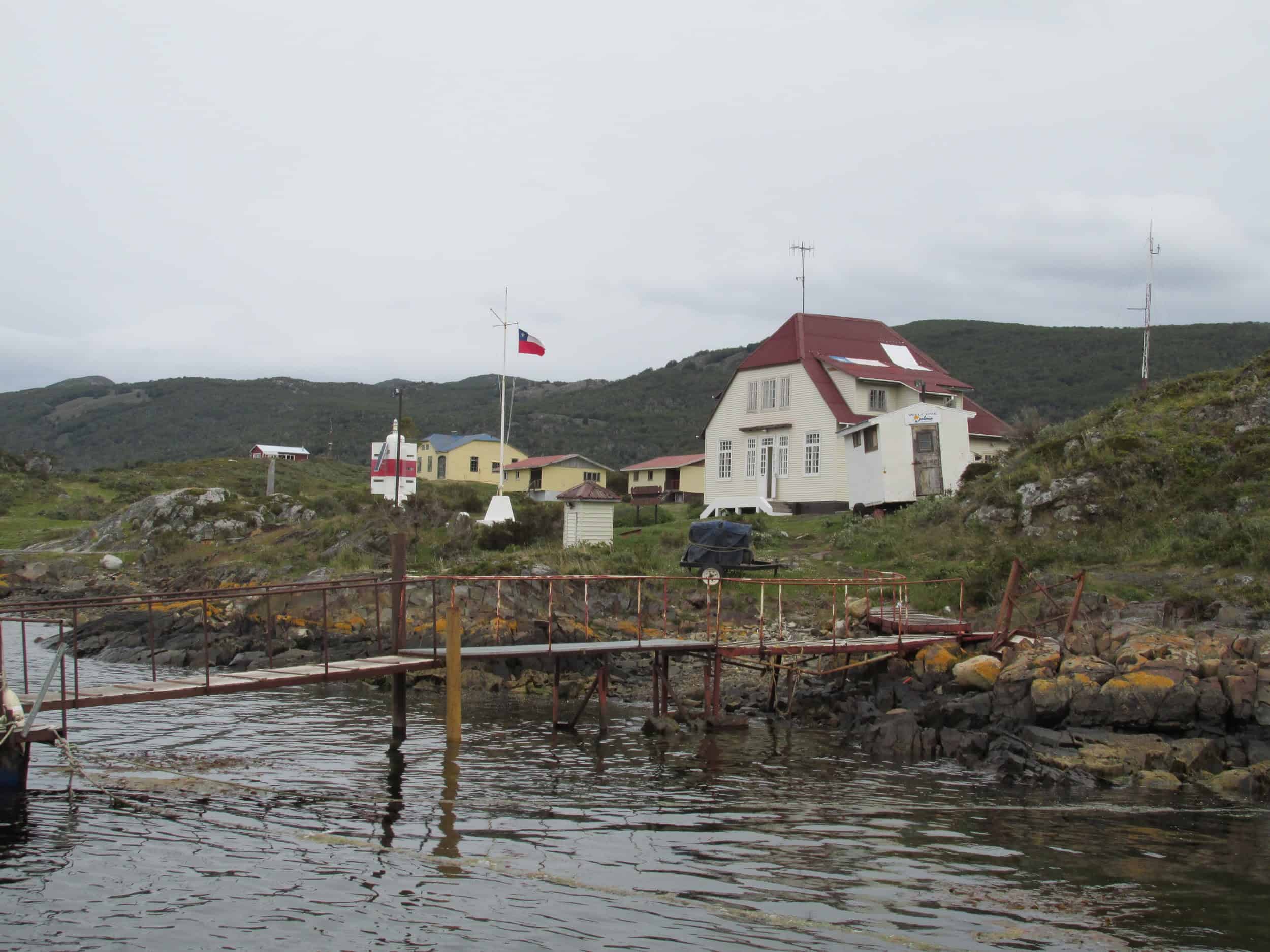 Arriving in Chile, the border guards immediately searched all our bags and threw out the cheese that some French Canadians had hoped to eat on their hike. After receiving the necessary stamps, we boarded a shuttle bus that took us to the nearby city of Puerto Williams. We were dropped off in the center of town at the small welcome center that also doubles as the local government building. Here, your hotel will pick you up if you made reservations. The best part of Puerto Williams is that every tourist is treated exceptionally well; not too many people make it this far south.

What to Know About Weather at The Bottom of the World

The cold Antarctic westerlies batter this land mass relentlessly, making the air some of the cleanest in the world. The wind may be extreme at times but with so much atmospheric motion, the clouds never stay for too long. Remote, rugged, and out of the way, Fin Del Mundo offers a once in a lifetime adventure for travelers of all types.