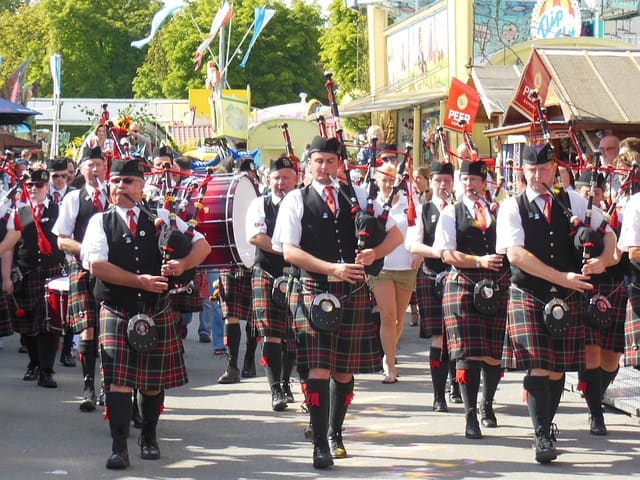 Scotland might not be the first place that comes to mind for your next holiday, but it sure deserves some consideration if you want somewhere friendly, fascinating, and unique. Scotland is quite distinctively different from other parts of the United Kingdom when it comes to traditions, cultures, history, and landscape.

You will find Scotland on a map at the northern part of the United Kingdom of Britain (U.K.), bordering England to the south with one area pragmatically called Border Country. As you travel north through various shire or counties such as Aberdeenshire, Ayrshire, Caithness, Lanarkshire, Selkirkshire, and more, all way to the northernmost tip of mainland U.K. at a point called John O’Groats. Off the coast of Scotland, there are almost 800 islands grouped in four called The Inner and Outer Hebrides, Orkney, and Shetland. There is more than enough Scottish country to explore on a few weeks’ vacation.

I visited Scotland in midsummer during the summer solstice, often termed the longest day of the year, depending on which hemisphere you live in, and which is within a day or two of June the 21st   each year. The summer solstice is when the sun shines longest in the sky or shortest in the winter solstice for the opposite hemisphere

Because of Scotland’s northern latitude on summer solstice, there is very little darkness overnight – John O’Groats is 58.6373° N, while the isles are much further north. It can seem surreal to be going to bed in daylight and again waking up in broad daylight! I woke up, looked out the window, and thought I had slept in because the sunlight was so bright. It was in fact about 5 a.m.! Even at the darkest hour, there is a faint sun glow on the horizon. 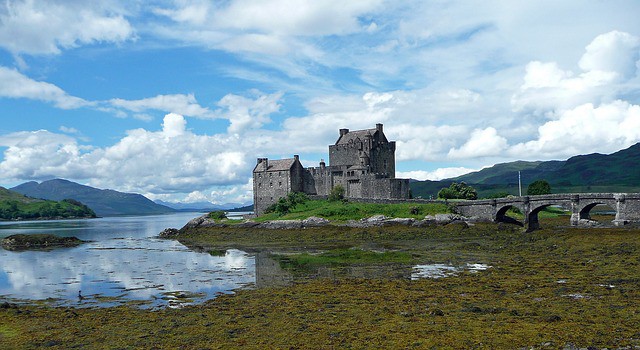 In pre-historical and historical times, summer solstice would have been a time for celebrating the health of the stock and their hopeful fertility, as well as acknowledging the work to be done in the coming harvest of growing crops. There are many ancient stone circles in parts of Scotland, and if you take the chance to visit, maybe you will feel the magic of their placements. Cast a spell for good fortune.

One place it would be fun to spend summer solstice is the Orkney Solstice Festival on the picturesque northern island. All visitors are encouraged to offer something, (no, not a sacrificial lamb) such as a story to tell, a song to sing, or a personal skill that will contribute in some way to the festival.  The festival goes for a week with celebratory food, live music, and theatre to entertain and be entertained.

Cities get into the act too, with Glasgow holding a popular annual festival in June. There is a variety of entertainment, including classical music, pop music, and tradition folk songs, so something for everyone. 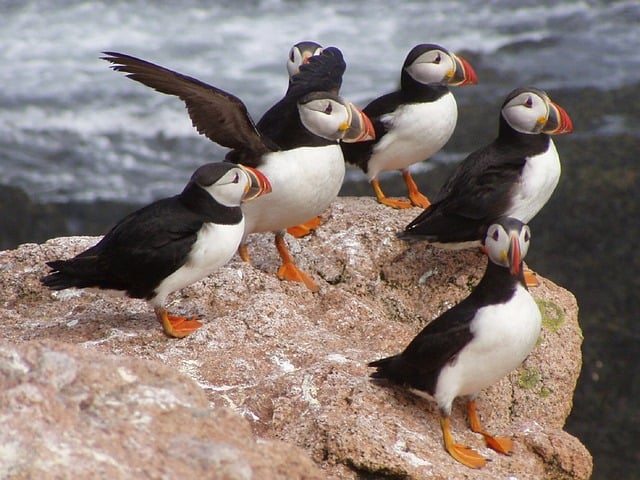 If you prefer the outdoors, then you might choose to join a walk through an enchanted forest at Faskally Wood at Pitlochry. The Forestry Commission organizes a guided walk, so you can enjoy extra stories about the area and catch a glimpse at the local birdlife including kingfishers, ducks, and herons. Or you could climb Ben Nevis over night to watch the summer sun rise in the early hours. Your guides use what is known as the easy Pony Track, so you won’t be fumbling along in the dark to reach the summit.

Scotland is full of wildlife and reflecting the pride the Scots take in their native creatures there are many parks an animal reserves where you can wander among the bracken and heather covered hills. These parks also have areas where you can see the animals at closer range. Animals such as magnificent Red Deer, playful otters, Scottish Wildcat, and even Lynx have been reintroduced after disappearing for 1,300 years. In the coastal waters, you will find, bottlenose dolphins, basking sharks, and seals plus numerous seabirds such as Atlantic Puffins. There are also a number of places that train raptors such as  Golden Eagles and more common Buzzards.

Scotland also has bred distinctive farm animals over the years, and some remain exactly as they were bred thousands of years ago. One of the most distinctive is Scottish Highland cattle. They look fearsome with their long upturn horns and shaggy chestnut coats covering for their eyes, but they are in reality quite docile creatures. Their horns, however, are great adaptations for fighting off predators such as  wolves and bears, but these no longer roam the Scottish wilderness. 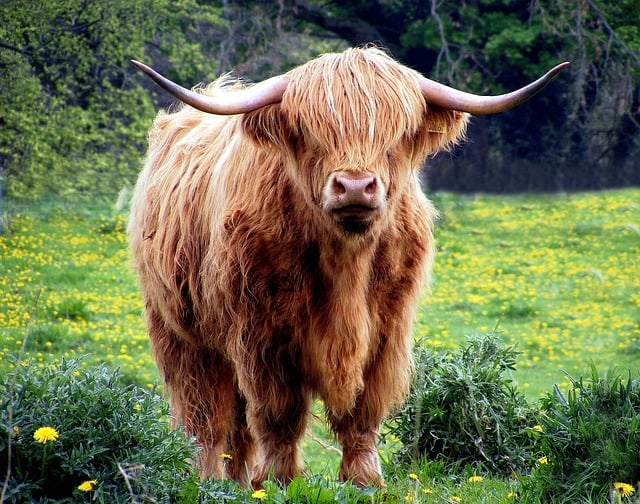 Scotland also developed two breeds of horse at both ends of the size spectrum. There are huge work horses called Clydesdales, now famous for pulling the Budweiser beer wagon in the United States. There are also Shetland ponies with tough smart characters strong enough to survive extremely harsh winters living outside on the Shetland Isles to the north.

Scottish people in general are friendly and gregarious, and they love nothing better than to tell a good joke and party into the “wee small hours” for a special occasion. They call these social get togethers a cèilidh, pronounced “kaley,” and traditionally there might have been performances of music, ballads, or reciting poetry, but now they are often focused on dancing.

When it comes to fables and stories, Scotland is a champion. One of the most persistent is the belief that there is a large monster living in the Loch Ness – the Loch Ness Monster or more affectionately just “Nessie”. A “loch” is a lake, and there are many lochs in the Scottish highlands such as Loch Lomond, Loch Tay, or Loch Katrin, to name a few. Scotland is famous for fishing, so you can try your hand at fishing for a King salmon or trout in the lakes or rippling rivers such as the Dee, the Don, or the Tay .

If you want to share some time with Scottish people, you might find a sporting event called the Highland Games taking place in spring and summer. There you will find a mix of athletes, local communities, and traditional Scottish entertainment with Highland Pipe bands with bagpipes and drums and Scottish Highland dancers. There will be lots of kilts and sporrans being worn in distinctive clan tartans as the competitors vie for first place.

If you have ever heard two Scottish people having a conversation, you may, at first, have wondered what language they were speaking. The Scottish accent when speaking English is quite different from anywhere else in the English speaking world, not to mention the completely different words they use, like “small” is “wee,” “baby” is “bairn,” and “no worries” is “nae worries.” For me, it’s a fascinating accent, and it sticks in my mind long after the Scot has left. I am sure you will find the same.

I hope you have found some inspiration to plan a holiday in Scotland. There is something for everyone to enjoy at all ages in Scotland. One Scottish song which is often played at the end of festivities says,

“O ye’ll tak’ the high road, and I’ll tak’ the low road,
And I’ll be in Scotland a’fore ye,
But me and my true love will never meet again,
On the bonnie, bonnie banks o’ Loch Lomond.”