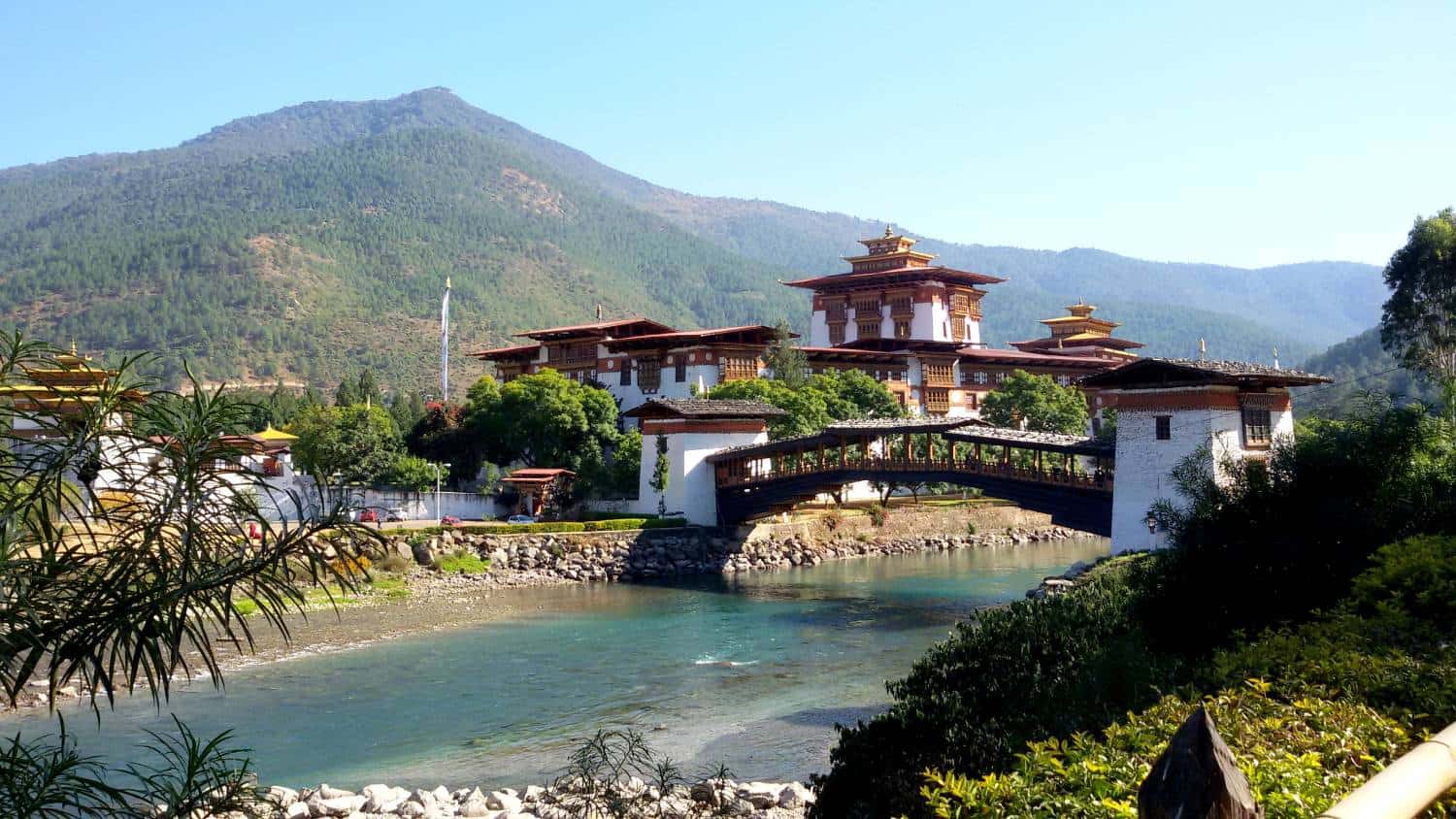 Bhutan is a one of the most unique countries you’ll ever come across. Locked away in the mountains of the Himalayas, the country has in recent times become a major tourist destination like no other. From stunning views of the mountains to the remote Buddhist pagodas, Bhutan is one place that you won’t regret visiting in your life. For those who are planning on visiting this amazing country anytime soon, the advice given below should give a rough idea on how to visit the country.

The first thing that would be necessary to visit Bhutan would be the means to reach the country.

By means, it would be anything and everything, ranging from land and air to sea and everything else in between. Given that Bhutan is a landlocked country, there is no possibility of reaching the country by sea.

This leaves one with three major ways that one can reach Bhutan. The details of the same are given in the list below:

Bhutan is well connected to the rest of the world by a vast network of airlines.

This makes airways an ideal way to reach the country. In fact, for those who do not reside in a country near to Bhutan, travel by flight is the only real option to visit the country.

When it comes to air travel, there are four major airports in the country, connecting one region to another. Out of the four, only one happens to be an international airport, meaning that it connects Bhutan with the rest of the world.

The international airport of reference here is the Paro International Airport, located near the capital city of Thimpu. The airport is located a deep valley in the Paro District, about a half hour drive from the capital, and serves the as the district airport, as well as that of Thimpu.

The airport is an interesting tourist attraction into itself, due to its interesting location, characterized by tall mountains, deep valleys and stunning views of the surrounding mountain areas.

There are currently several different airlines currently operating to and from Paro international airport. The country is connected to a few nearby countries, such as India, Thailand, Singapore, Nepal, etc. In other words, it would be very difficult for people to reach the country from say, Europe or America. For those countries from where a direct flight is not available, one can always reach India and catch another flight.

One of the best airlines to go for, to reach Bhutan, would be Druk Air and Bhutan Airlines, which operates regular flights to and from the country.

The price for the airlines will vary, just like it would for any other destination in the world. The starting prices for the fares is about $250-300, which can increase depending on the total flight duration time. The exact fare however, will vary, depending on the class, i.e. Economy, Business, etc.

Being a land-locked country, the country has a fairly well developed road network, which extends into India as well as China.

While tourism of any kind from China is relatively rare, it is a booming trade along the Indian border. In fact, the vast percentage of traffic that reaches Bhutan via road is from across the Indo-Bhutan border.

For those planning on a road-based entry into Bhutan, there are three options to go for. The details of the same are given below:

Eastern Entry – To use this entry point, one will have to first fly to Guwahati, after which one has to take a four hour taxi to Samdrup Jongkhar. Alternatively, one may use the Indian town of Darranga.

Central Entry – The central entry would be through the town of Gelephu.

Western Entry – This entry point is from the Indian state of Sikkim. To use this entry point, one will have to first to the town of Bagdongra, after which there will be a four hour drive to Phuentsholing or Jaigaon.

There are currently plenty of tour buses and vans that operate to and from Bhutan. In addition to this, there is also private taxi to take them to the country.

It may seem like a good idea to reach Bhutan by rail, given that it is a land-locked country.

While the country does have a small rail network, it is restricted in terms of reach and spread. There are no large rail networks linking Bhutan to the surrounding countries in any way.

Therefore, reaching Bhutan by rail is simply out of the question for the time being.

One exception to this would be if you are visiting India, and would like to use India as a base to discover Bhutan. India has a vast rail network that spans the length and breadth of the country. The network takes one all the way to the northern border of the country, from where one can reach the country via road or air.

For those planning on using the Indian railways, it would be a good idea to look into the ‘Indrail’ pass. The passes are available for a variety of time periods, ranging from a few days to several weeks. Built along the Eurail system of Europe, it gives the option to use multiple trains over an extended period of time, at an affordable price. The details of the same can be found on the official website of the Indian railways, or at any Indian railway station counter.

In addition to actually reaching the country, there is also the legal formality as well, with regard to getting a visa.

Visas are necessary for people who intend to travel from one country to another. It can be defined as a ‘permit’ for people to enter and stay in another country for a certain period of time, before they are required to leave. 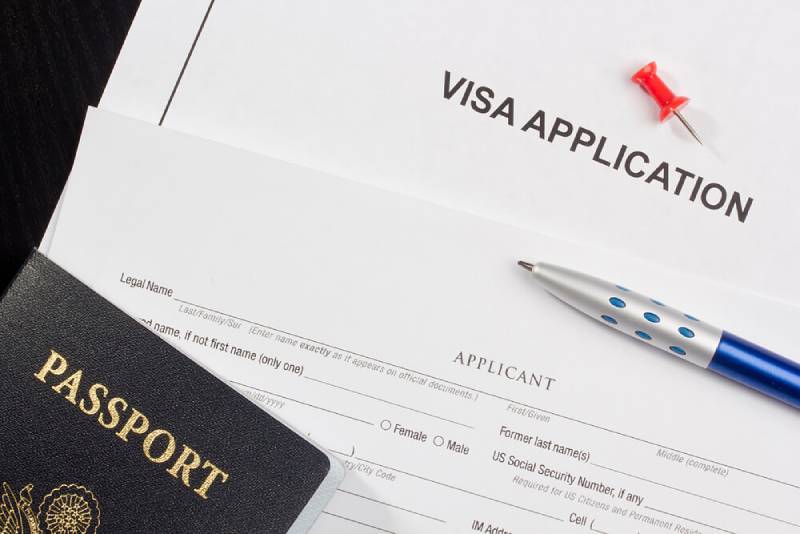 Visa rules exist in all countries of the world, and this is very much true for Bhutan as well. So if you are interested in visiting Bhutan anytime soon, know that you will have to apply for a suitable visa in order to enter the country.

One of the things to note here is that the exact visa requirement will depend on the country you are visiting from. This is because people from different countries are subjected to different rules.

Given in the list below is a general guide on the visa requirements for people from different countries.

– There are three countries, whose nationalities do not require a visa to visit Bhutan. These are India, Bangladesh and Maldives. Those individuals who are not from these three countries will be required to get a visa before entering the country.

Last but not the least, it should be added that there are things in this article that may change with the passage of time, due to the changes taking place in Bhutan and elsewhere.

It is always a good idea to check details of the same once again, just to make sure that you are thorough about traveling to this interesting Himalayan country.

This applies for everything, from the routes and destinations, to the prices and formalities, as well as everything else in between.

In all, Bhutan is an interesting country like no other, and you’re visit will leave you wanting to go back for some more of the country especially since it’s on our list of top safest countries in the world. If you happen to be planning on a visit to this part of the world, the details given above and others like it, your journey to Bhutan should turn out to be an interesting and smooth ride.