How, When, and Where to See the Northern Lights

The northern lights, or aurora borealis, are a light display that natural wonder that appears in the sky at certain times of the year.  These lights are what happens when the magnetosphere is disturbed by solar wind and is from the ionization that occurs afterwards.

All that you need to do to see these breathtaking swirls of light is to be in the right place at the right time and look up towards the sky.  The best time to travel to see the northern lights is anywhere from December through April, as the skies are dark, the temperatures are cool or downright cold, and the skies are clear.  The best time to be outside for them is between ten at night and two in the morning and it is always best to be as far away from the city and bright lights as possible.

The northern lights activity can last for approximately thirty minutes, especially if you happen to see an active period, and the lights will reoccur every two hours as well in those scenarios.  However, most of the time, you will be greeted with short bursts of colorful lights that may only happen once during the night.

While there is a chance that you can see the northern lights from your home at certain times of the year, if you look to the north, you will have a better chance of seeing them when you travel to certain destinations.  In the United States, you can try to see the northern lights in areas like Maine, Minnesota, Montana, North Dakota, Washington, and Idaho, but you may have a better chance traveling to another country to get a glimpse of this marvelous sight.

Here are the best places to see the northern lights:

Not too many people venture to Greenland, but you may want to add it to your travel destination list if you want the chance to see the northern lights.

The southern section of the country is usually the best option, as it is right in the aurora zone. Tours are available in both Nuuk and Illuissat and they all ensure that you won’t miss out on any available lights when you are in the country.

If you are not a fan of cold temperatures, then you may want to consider Sweden for your next northern lights excursion.  This country sees the effects of the Gulf Stream, which means that the temperatures are not as cold as other areas of the world where northern lights viewing is popular.

You must leave the city in order to see the lights here, which means that you should choose destinations that include Jukkasjärvi, the Farnebofjarden National Park, and Abisko.  The good news is that the lights can be seen starting in September in this country and last until March, so you can probably find time to fit your vacation in somewhere during those months.

It gets quite cold in Finland, but it is the optimal choice for the northern lights, because they can be seen practically every other night. 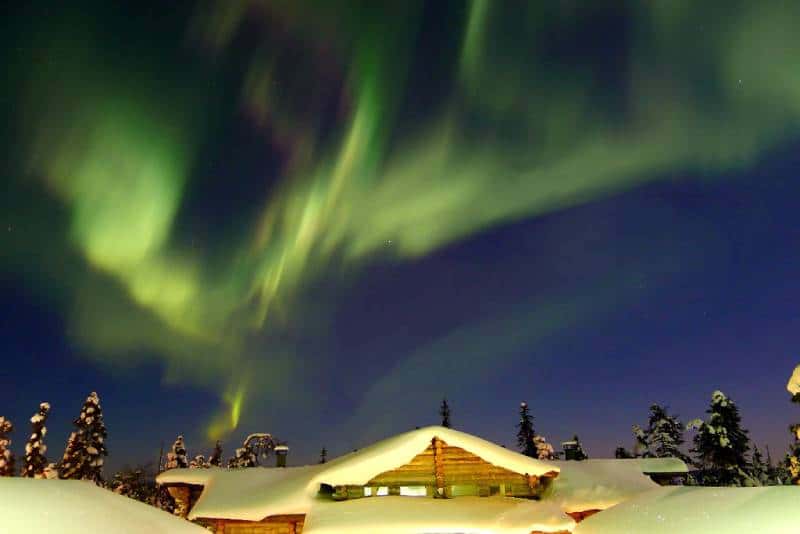 If you are not a fan of cold weather, you may want to consider reserving a glass igloo in Kakslauttanen. This way you can stay warm inside and watch the northern lights glow and shimmer above your head from the comfort of your bed.

Iceland is becoming more of a traveler’s hotspot at any time of the year, but I recommend visiting when the northern lights are the most active.  While the lights begin early in September, you may want to wait a couple of months before you travel there to see them for yourself.

Heading out into nature is an excellent way to see the northern lights in Iceland and there are many tours that will take you to the best spots.  However, you may want to consider soaking in a hot spring instead, as you will stay warm and enjoy the extra ambiance as the northern lights are dancing in the sky above you.

Canada is a very large country, and while it is all spectacular, you will want to stick to the northern regions if you want to see the northern lights. 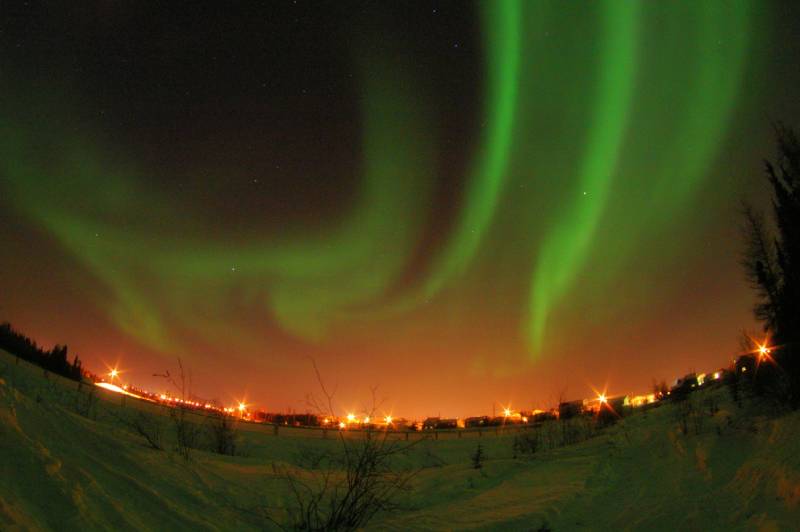 A personal favorite is the Yukon, but if you are looking for something off the beaten path of other tourists, you may want to consider Nunavut. The lights start early in this part of the world and it is possible to capture the glow during the last part of August.

If the northern states of the continental forty-eight haven’t given you what you want to see with the northern lights and you do not want to leave the country, you may want to consider venturing a little further north into Alaska.  This is one of the best locations for seeing the northern lights in the entire world and there is really no better spot than others in the state.

Fairbanks happens to be inside the aurora oval, which makes it a top choice amongst many who have gone to see the northern lights.  The best part about the northern lights in Alaska is that they can be seen at almost any time of the year. Yes, the winter months are still the best, due to the darkness that seems to last forever, but it is possible to capture a glimpse of them during the longest days of the year too.

While you may be interested to know that the solar activity surrounding the northern lights peaks every eleven years, you do not need to wait until it is intense to see this phenomenon.  Instead, all you need to do is travel to one of the destinations where they occur most often, and you can finally check off the northern lights from your bucket list.