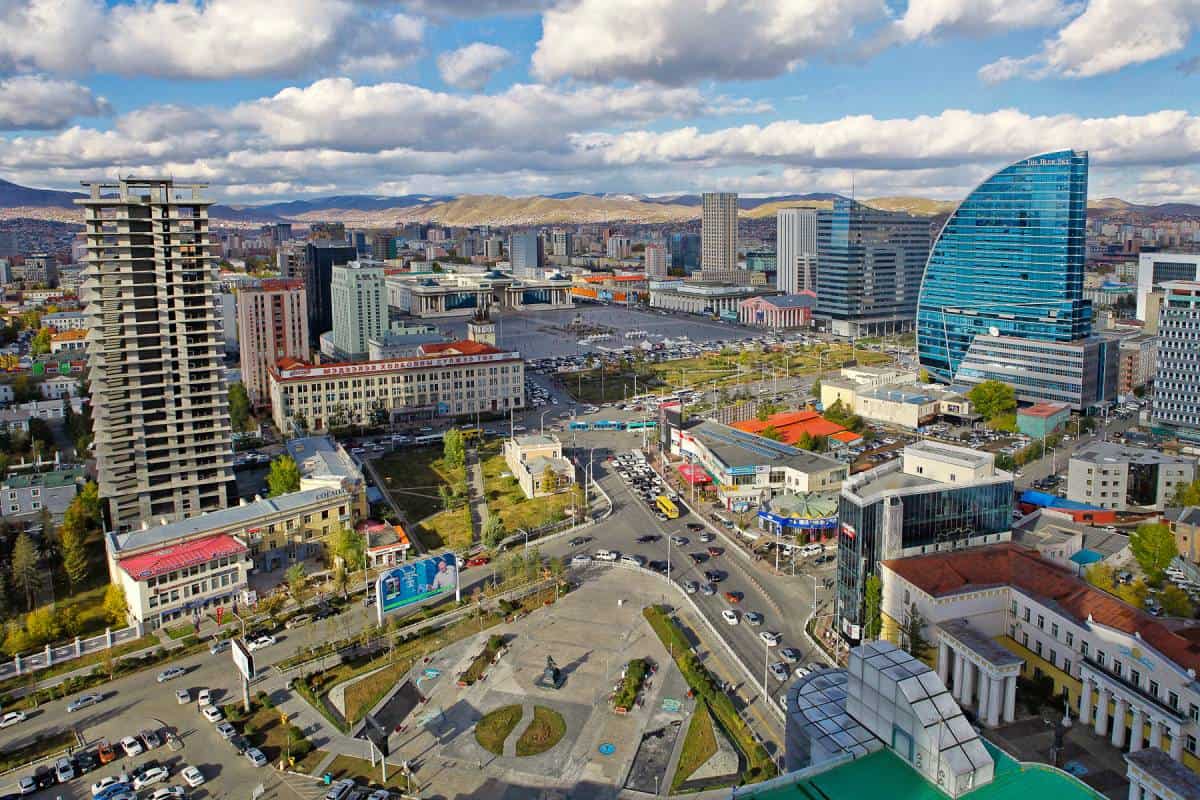 It turns out, not many people outside of Asia knows about Mongolia. If you are one of those that do know about this country in East Asia, good for you. Mongolia is a landlocked country that is rich in culture and history. But where is Mongolia exactly? Mongolia is sandwiched between China to the south and Russia to the north. It is a country of rugged beautiful landscapes and nomadic culture. It is neither part of Russia nor China, although this has been a common misconception because of how close it is to these two countries. And yes, we’ve talked a lot about the best countries to visit in Asia, best cities to visit in Asia with kids, and top Asian countries for holidays, but we haven’t talked much about Mongolia yet. So, what’s with Mongolia?

The capital of Mongolia is Ulaanbaatar, formerly known as Ulan Bator. It is also the largest city in the country. Since it is sandwiched between Russia and China, Ulaanbaatar is also the center of Mongolia’s road network. It is connected by rail to both the Trans-Siberian Railway in Russia and the Chinese railway system as well. There are a lot of agencies that offers the Trans-Siberian Tour that lasts for 9-16 days which passes by Mongolia. There are different routes, but most of these tours start from Beijing, China and ends in Moscow, Russia. 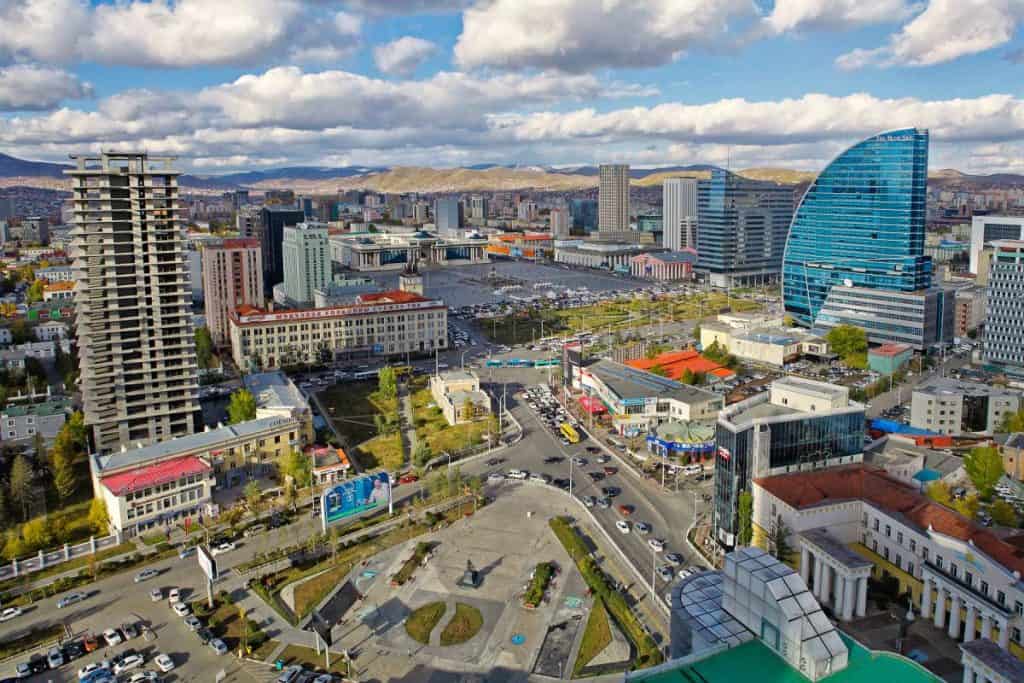 There are twenty-nine cities in Mongolia. The biggest city, which is also the country’s capital is Ulaanbaatar. It is also the most populous city which is then followed by Erdenet, Darkhan, and Choibalsan.

Mongolia is known for Mönkh khökh tengeriin oron which is roughly translated as Land of the Eternal Blue Sky. The country experiences over two hundred and fifty sunny days in a year. Mongolia weather is on extremes- it is super hot and warm in summertime while it is freezing cold in the winter. It is coldest in the country from November-March and warmest around April-October. Mongolia also experiences Zud. Zud is a natural disaster unique to the country. This is when most of the country’s livestock dies from starvation or because of freezing temperatures. During Zud, an economic upheaval for Mongolia’s pastoral population occurs.

Now that you have learned more about Mongolia, you might be enticed to start planning a trip here. To help you out, here are the top things to do in Mongolia in 2019:

Mongolia is a great place for outdoorsy adventurers and nature-lovers. Ikh Nartiin Chuluu Nature Reserve or commonly known as Ikh Nart Nature Reserve is a 66,000-hectare protected area in East Gobi Province. You can get here via 4-hour-drive from Ulaanbaatar.

On your trip here, you will get to interact with different kinds of animals such as argali, gazelles, and ibexes to name a few. The natural springs in the park are also top attractions. The most popular one is the one near the Bald Mountain which is considered as a local health remedy.

2. Participate in the Golden Eagle Festival

Mongolians are known for their traditions and festivals. Among this is the annual Golden Eagle Festival held in Bayan-Olgii aimag. In preparation for this festival, eagle owners train their golden eagles to catch small animals such as hares and foxes.

During the event, the prize is awarded for speed, accuracy, and agility. There is also a special prize for the best traditional Kazakh dress worn by the golden eagle trainers. If you are traveling in Mongolia around this time, you can participate as a spectator and marvel at one of the country’s oldest festival and learn more about their culture and traditions.

3. Camp out in Altai Mountains

Visiting Altai Mountains is one of the best things to do in Mongolia. There are many things to do here depending on the season. Altai Mountains are mountain ranges where Russia, China, Mongolia, and Kazakhstan meet. This is the center of Eurasia. Summer is the best time to come here. You can do various activities such as trekking, backpacking, pass hopping, mountain climbing, river rafting, kayaking, and mountaineering. 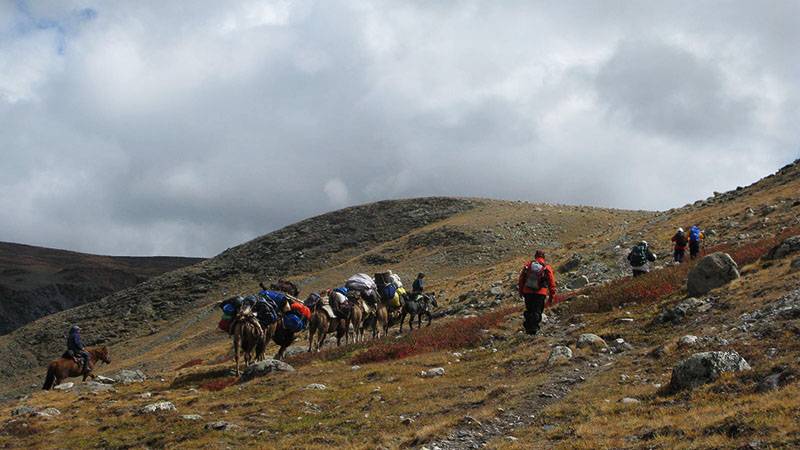 Mount Belukha is the most popular amongst the mountain ranges of Altai Mountains. The peak is covered in snow all year long. Golden Mountains of Altai is a UNESCO World Heritage Site. If you need a break from the busy metropolis life, coming here would be a perfect trip for you. You can be with nature, disconnect from the digital world and just zone out.

4. Go on a horseback riding tour

One of the best things to do in Mongolia is to go on a horseback riding tour. Mongolia is known for their love of horses. Owning one and being able to ride in one is an integral part of their day to day lives especially those living in the rural areas. There are many places in the country where you can go on a horseback riding tour, but one of the highly recommended would be in Terelj National Park which is less than a 2-hour drive from Ulaanbaatar. 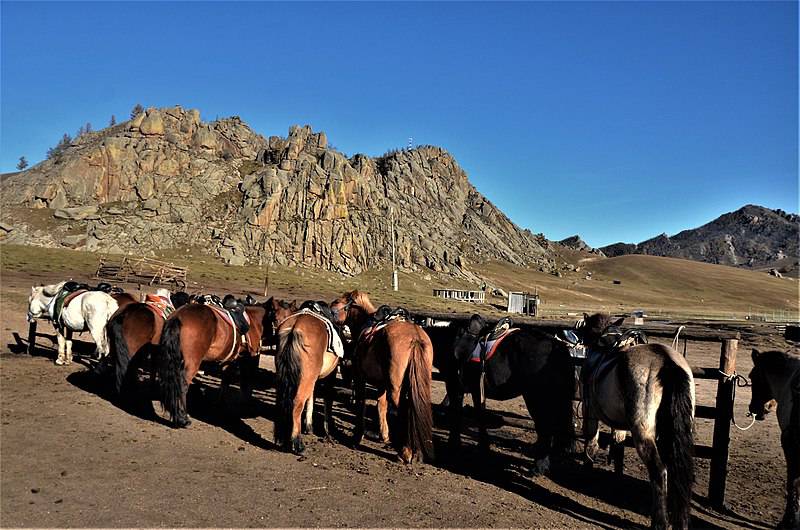 Going on one of these horseback riding tours will open your minds and will give you a genuine nomadic experience which is a popular way of life in Mongolia. You will be treated to a scenic landscape under the blue Mongolia skies. Most of the tours come with a free meal. Mongolia cuisine is a must-try as well as their local beer and kumis which is a fermented mare’s milk.

Mongolia is majorly a Buddhist country (50% of the population are Buddhist) which is why it is not a surprise that you can find many Buddhist monasteries all over its regions. There are many majestic monasteries and one of them is Manjusri Monastery. Manjusri Monastery was established in 1733. Currently, this monastery is now a tourist destination. 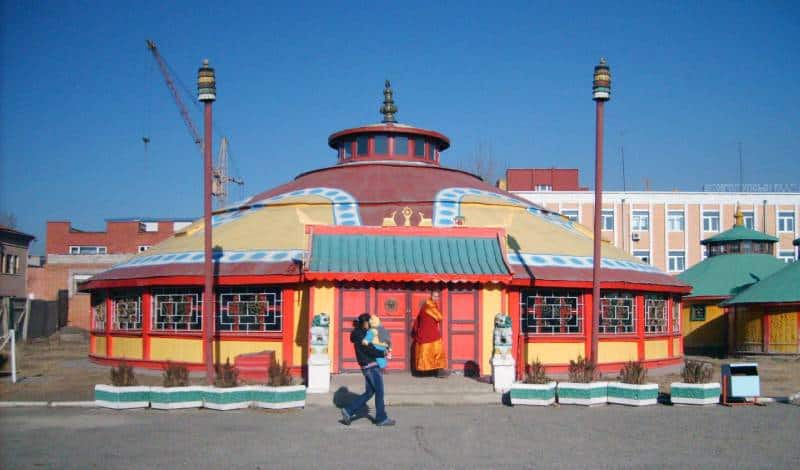 There is an onsite hostel where you can stay overnight of even few days or weeks if you want to. The locals suggest that you get a guide from Ulaanbaatar if you plan to hike to Manjusri Monastery for you to be able to get here safely and right away. Other monasteries in Mongolia that are worth visiting are the Aryabal Buddhist temple, the Amarbayasgalant Monastery, and the Gandan Monastery to name a few.

Food is a quintessential part of culture. To appreciate Mongolia more, one must try their cuisine. Locals highly suggest you try buuz. It is a Mongolian mutton dumpling and is considered as the national dish of Mongolia. Mutton kebabs are also a must-try. Mongols also love their dried cheese biscuit called qurut or aaruul. It is made of drained sour milk that has been left to try outside in the sun. 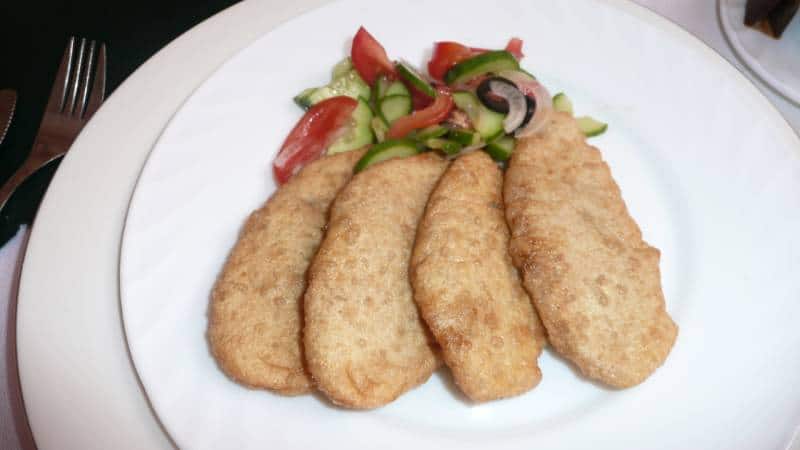 You usually eat this for dessert in Mongolia. Do not miss on trying out airag as well. Airag is a fermented mare’s milk. It has alcohol content and is beloved by the people of Mongolia. In the country’s culture, it is considered rude to refuse to sample airag when it is being offered to you. You may not find this in any other country, so might as well try it once while you are here. If you are a beer drinker, the popular ones in Mongolia are MB Beer Plus Black Consul, Chinggis Khan Pilsner, and Gem Draft Dark. Mongolians know how to do their beer right, so try giving one a chug.

Another best thing to do in Mongolia on your trip is to spend a night or two in a ger. A ger is a traditional Mongolian yurt. Since the country is popular for their nomadic lifestyle, living in a ger still exist in some parts of the country, especially in the rural parts. Gers are usually round with colorful interior. Families usually adorn their gers in colorful Mongolian rugs. 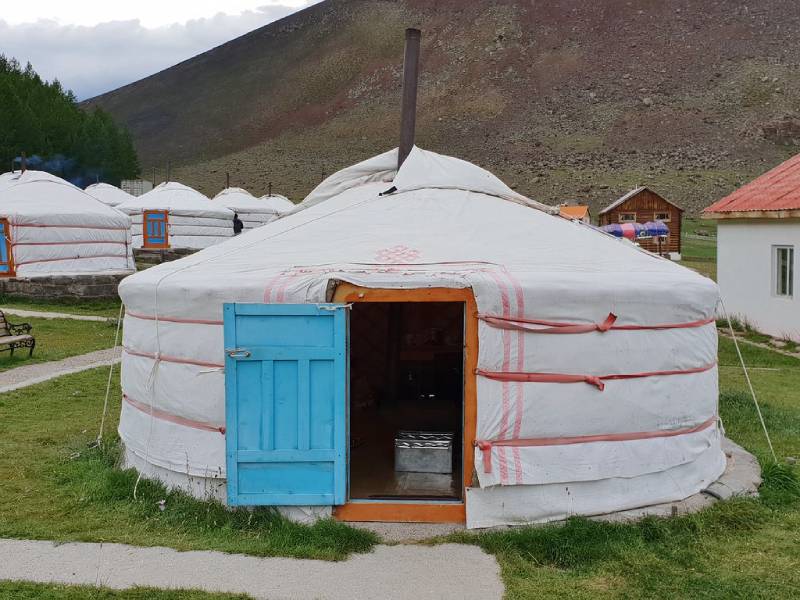 This also helps to keep the inside of the ger warm during cold winter season. There are plenty of ger camps that cater to tourists in Mongolia which would let you experience semi-glamping. If you have the time, book a ger accommodation to experience a classic nomadic Mongolian way of life. There is a ger camp in Terelj National Park which is easily accessible from Ulaanbaatar. The ger camp in Gobi Desert is also popular. Try checking out the one in Three Camel Lodge for a comfortable desert camping experience. The Three Camel Lodge was included in National Geographic’s Unique Lodges of the World series. Even being in a ger camp in the middle of the desert, here you would have access to world-class restaurant and bar. If you are tired from being out and about, massage and spa services are also offered here.