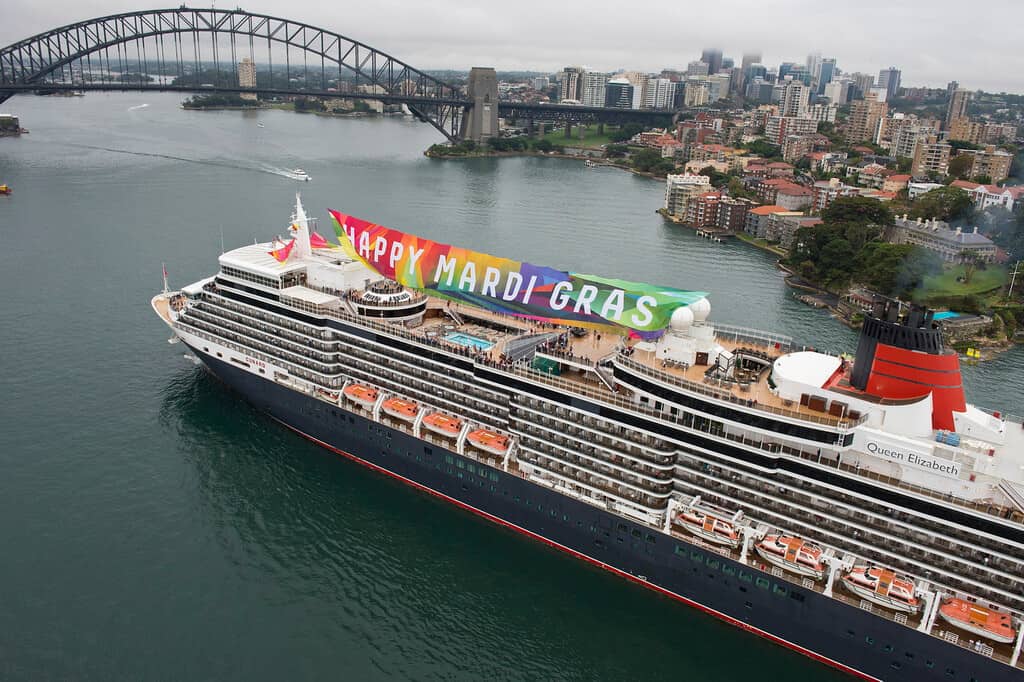 It’s an exciting year in the cruise world!

Virgin recently announced it’s new adults only Virgin decked-out ship and Carnival Cruises just started booking on the new Mardi Gras ship, an ship so innovative that even non-cruise will consider getting on board just to experience this one-in-a-kind ship.

Carnival cruises is by far the world’s largest cruise line with twenty-six total ships on the waters, but the cruise line has plans to be even better and bigger in the next few years. Carnival currently has three new ships scheduled for delivery; the Carnival Panorama is to be released this year, the Mardi Gras in 2020, and another ship that has not been named yet in 2022.

However, the Carnival Mardi Gras ship, a Carnival-XL, will not only be largest of the fleet but also the largest it has ever seen. Weighing over 180,000 tons and costing Carnival 950 million U.S. dollars to build, the ship is prepared to hold a maximum capacity of 6,500 passengers and about 2,000 crew members. The monstrous ship is under construction in Finland at the Meyer Turku shipyard. According to Cruise Hive’s survey, it’s the number one most anticipated cruise ship, the adult-only Scarlet Lady coming in as a close second. The Scarlet Lady, Virgin’s first ever cruise ship, is quite the boat itself, but Mardi Gras seems to have even more to offer.

Some may recall that Carnival’s first ever cruise ship in 1972 shared the name Mardi Gras; Carnival has decided to name their largest ship yet after the very first one they ever made, although the 2020 version holds about 5,100 more guests than the original.

“Our first ship Mardi Gras was a historic vessel,” says Carnival president Christine Duffy, “introducing a brand-new style of cruising to the vacationing public. What better way to pay tribute to our company’s nearly 50-year history of creating wonderful vacation memories than by naming this groundbreaking vessel after our original and beloved Fun Ship?”

Duffy continued her explanation, saying that this new version of the Mardi Gras would “follow the trailblazing of her predecessor, introducing features and technological innovations that have never been seen before on a cruise ship while setting a new standard for seagoing vacations.”

Carnival has said that the ship is set to sail from Port Canaveral in October 2020 and will include multiple seven-day itineraries with beautiful, adventure-filled destinations. Some will head Eastward while the others will go Westward. To begin, it will offer two three-port, seven-day itineraries, alternating weekly to the Eastern and Western Caribbean. Eastern Caribbean cruises will visit San Juan, Puerto Rico, Amber Cove, Dominican Republic, and Grand Turk in the Turks and Caicos. Western Caribbean sailings will stop in Cozumel and Costa Maya, Mexico, and Mahogany Bay (Isla Roatan), Honduras. 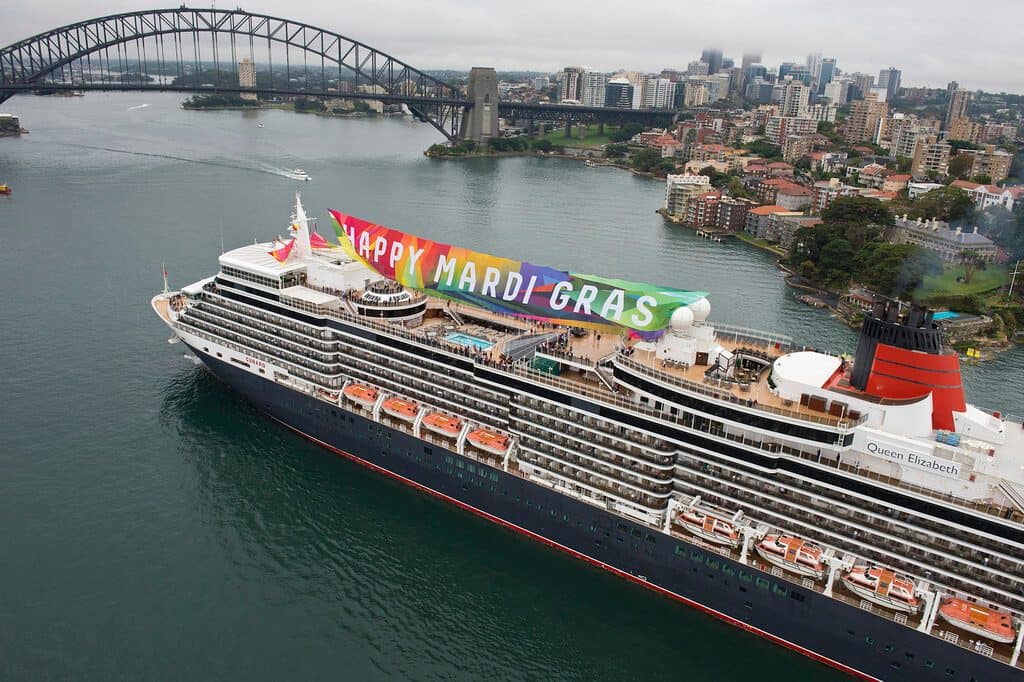 However, before this official start date in October, Carnival will offer four special cruises from ports in Europe and from New York City from late-August to mid-October, ending in Port Canaveral where the two seven-day itineraries will begin to take place. These official cruises will begin on October 24, 2020 after an eight-day Caribbean cruise from Port Canaveral on October 16, 2020.Port Canaveral is building a two-story, 188,000-square-foot cruise terminal for the Mardi Grasto call home.

The initial four sailings will include:

In a statement announcing the plan, Duffy said, “For Mardi Gras, we’ve developed some truly exciting and diverse itineraries that will provide our guests with opportunities to experience and explore top destinations in Europe and the Caribbean.” 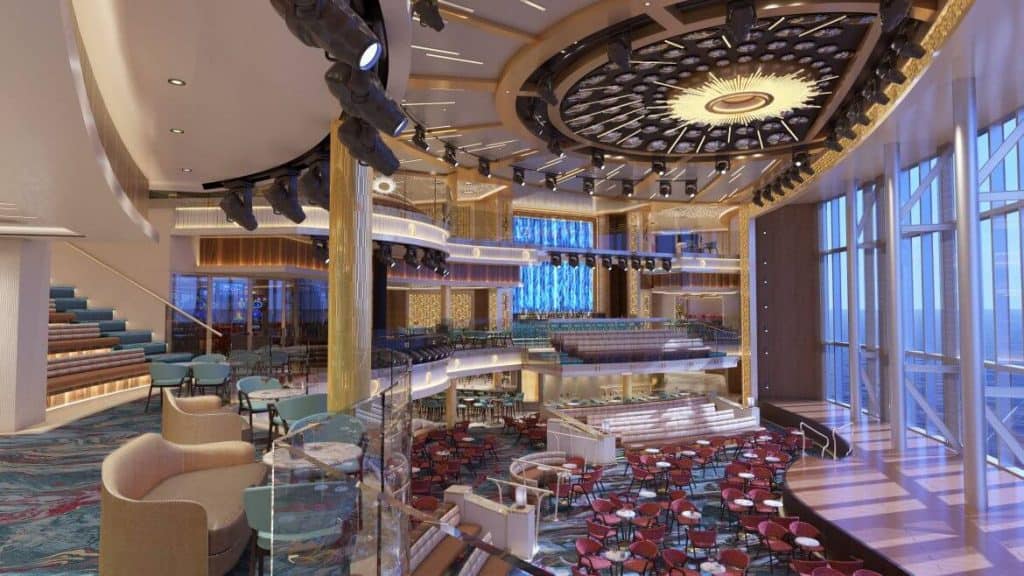 The owner of the Carnival Cruise Line is being decidedly secretive about the ship’s details, but the information they have released so far has been tantalizing, to say the least. Many are waiting eagerly in anticipation, and of course, you can even start booking your voyages now! Carnival is a trusted, well-known cruise line, and from what they’ve done in the past, the Mardi Gras will be nothing short of spectacular. The itineraries on this ship are guaranteed to fill up fast, so might want to consider booking now!

Carnival has also said that the Mardi Gras will be the first cruise ship based in North America to be powered by liquefied natural gas (LNG). It will also have the most expansive open decks in any carnival ship; guests will have twenty stateroom categories and 2641 cabins to choose from.

Just recently, Carnival released a sneak peak to wet our appetites of what the Carnival Mardi Gras ship interior looks like. They are experimenting with new concepts as this ship is a completely new-class vessel – the first in their fleet to be powered by LNG.

For one, the Carnival Mardi Gras cruise ship will have the first-ever roller coaster at sea, called BOLT. The coaster’s track will be eight hundred feet long, traveling at forty miles an hour. The ship will have twenty decks and six themed zones: Grand Central (Decks 6-8, midship), French Quarter (Deck 6, rear), La Piazza (Deck 8, midship), Summer Landing (Deck 8, rear), Lido (Decks 16-17, rear) and The Ultimate Playground (Decks 18-20, rear). The Ultimate Playground is where you’ll find BOLT as well as the largest and most elaborate Carnival WaterWorks aqua park in the fleet and an expanded Sport Square.

In the Grand Central zone, think of the traditional atrium concept and then multiply that – a bunch of times. You’ll catch your breath upon entering as you take in the size and grandeur. The day-to-night entertainment complex with spectacular three-deck-high floor-to-ceiling windows is decorated with gold and black as well as red and blue accents. You’ll find a bar overlooking the starboard side of the ship where you can enjoy a drink with friends while observing both the atrium area and the beautiful oceanic views. As a result of their popularity on other Carnival ships, you’ll find expanded versions of both Bonsai Sushi and Bonsai Teppanyaki. If you’re looking for a good laugh, spend a night at the Punchliner Comedy Club, or make some out-going friends at Piano Bar 88, where sing-a-longs are strongly encouraged. Grand Central guarantees a good time. And that’s just one section of the ship!

Next, explore New Orleans in the French Quarter where you’re sure to enjoy good music and entertainment as well as mouth-watering food. You’ll find numerous bars, music, and eateries to choose from, just like you would wandering through the streets of downtown New Orleans. The French Quarter is also linked via a two-deck-high promenade leading to a traditional New Orleans jazz club with live entertainment and refreshing hand-crafted drinks.

Let’s not forget the pool as Carnival is well-known for their pools and poolside food. You’ll find some new pool-friendly eateries as well as some oldies but goodies in Lido, such as Guy’s Burger Joint, the New England-inspired Seafood Shack, and Blue Iguana Cantina Mexican eatery – all beside their huge, crystal-clear pool.

Get some alone time or chill out with friends on the Summer Landing, a sunny deck with tons of comfortable sun-bathing chairs on which you can recline. An expanded version of one of Carnival’s all-time favorites, Guy’s Pig & Anchor Smokehouse Brewhouse with smoked-on-board barbecue favorites created by longtime Carnival partner Guy Fieri, will reside on the Summer Landing as well as the cruise line’s own Parched Pig craft beers, brewed on board! 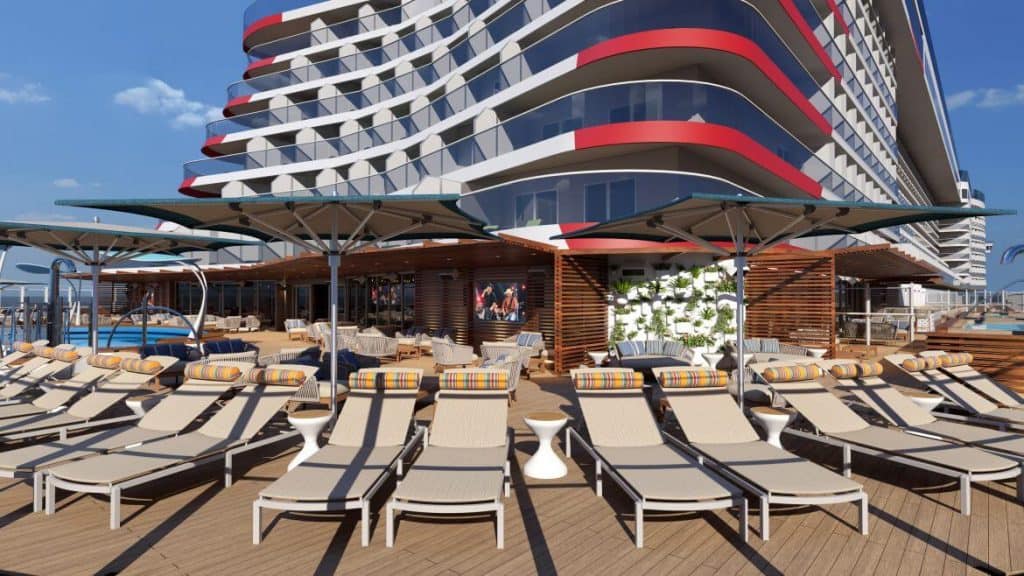 Carnival has promised to release more details on the Carnival Mardi Gras cruise ship including the ship’s interior, in the spring, but the ship already promises quite the family-fun – or not! – voyage. We’re excited, especially, to get a look inside what the cabins, especially the staterooms, have to offer! You can assume from what we’ve seen already, that the cabins will be nothing short of fantastic. For now, we’ll just have to wait here while the Carnival Mardi Gras ship is carefully constructed in its birthing place of Finland. But, you can certainly get a head start on booking your space on the ship.