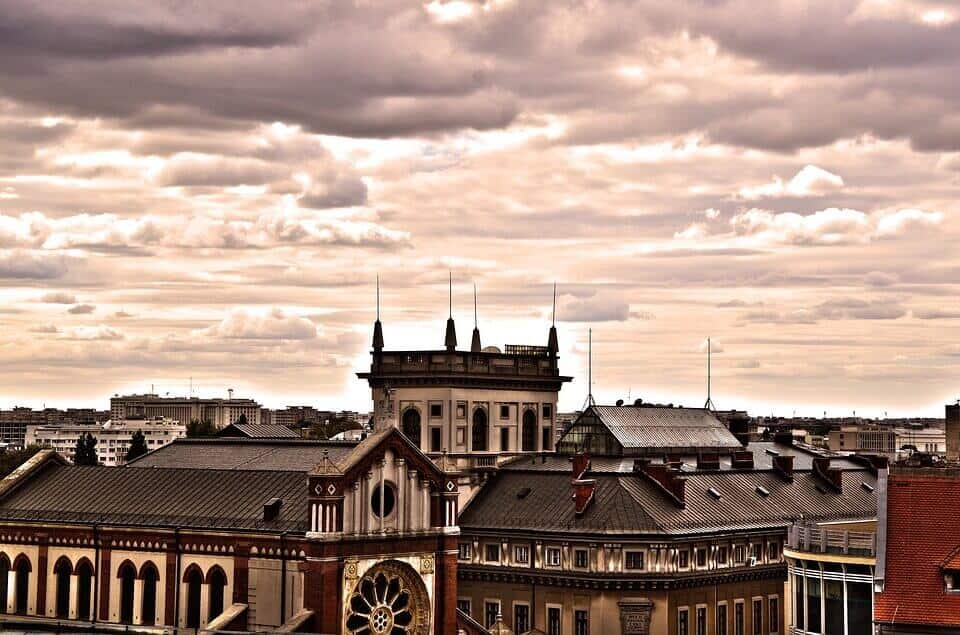 You don’t often hear parents say, “I want to take my kids on a vacation in Romania.” Other travelers also skip this country on their European bucket list. These realizations do not come as a surprise because geographically speaking, it is situated in one of Europe’s remotest areas, sharing borders with countries such as  Hungary, Serbia, and Bulgaria. That is why the country may appear as an unpopular choice to traveling families.But its unpopularity should actually be one of the main reasons why you should take your kids there.  It may not be as well-known in other parts of the world as the other European countries such as France, Switzerland, Spain, Austria, Italy, or the United Kingdom, but that does not mean that it falls short of attractions and amazing places to offer to you and your family.

The fact that Romania may not spring to your mind when considering a family vacation destination should be enough reason to actually consider it now. This Southeastern, more of Central European country is actually so enchanting and historical that kids will find its beauty so magical and mysterious.

Those who have visited have been drawn to the countless  unique adventures and experiences the country has to offer. You wouldnot want to be the last one to explore its medieval towns, fortresses, and churches, fairy-tale-like castles, and many other attractions.

For sure, after you read this article, you and your kids will find Romania a significant part of the world worth visiting.Let me take you to the best places to visit with kids in Romania! 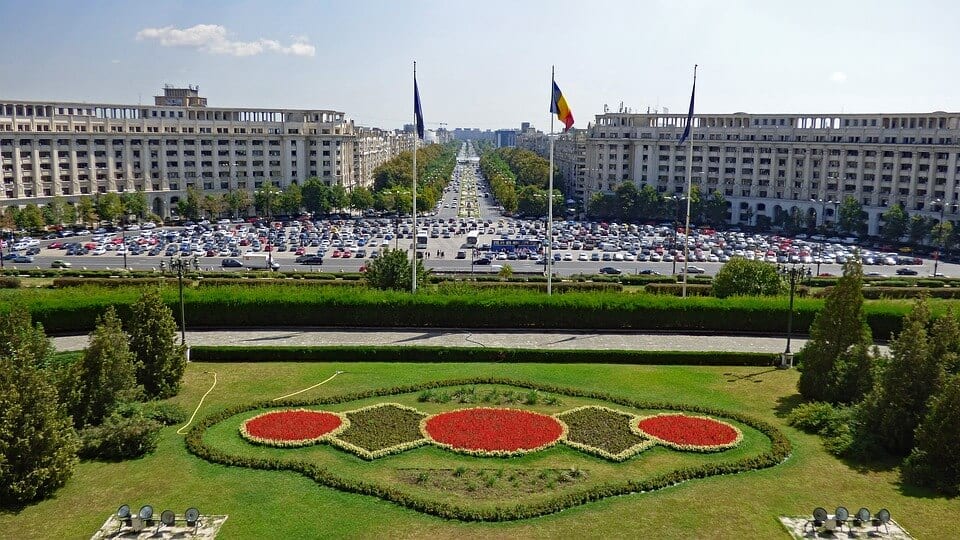 Romania’s capital city of Bucharest is located in the southern part of the country. Being the center of commerce, visiting the city with your kids would mean exposure to businesses and commercial establishments. The city is also so rich in culture and history that its old town depicts colorful olden times. The majority of the tourist influx happens within the capital, mainly because it is one of the most accessible cities in the country and also because it has several amazing and worth-visiting attractions that the kids and family will certainly enjoy.

Here is a summary of the top places to go to with kids in Romania’s capital:

1. National Museum of Art of Romania 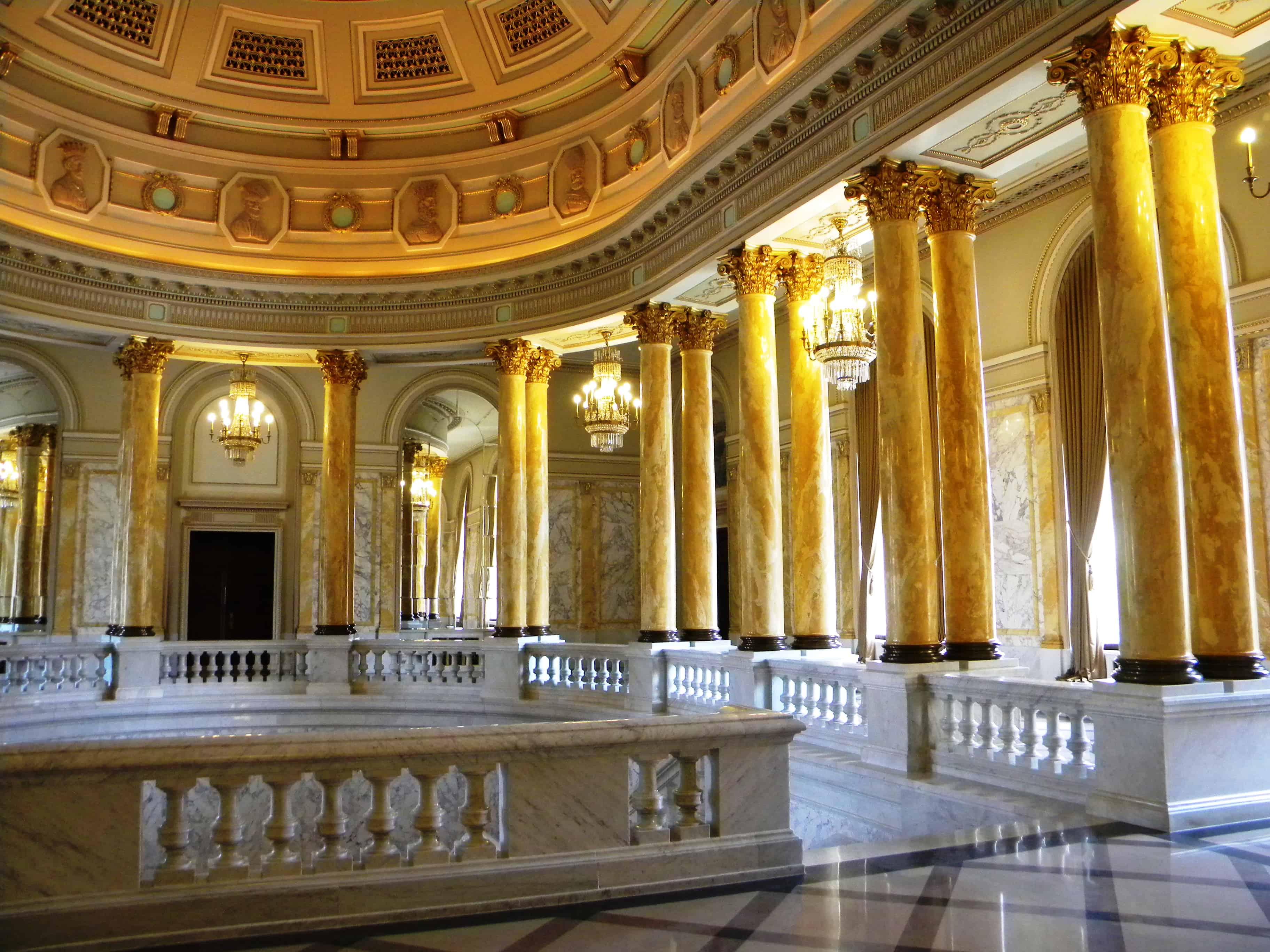 Among the places you can visit with kids in Romania to learn about the country’s significant past is the National Museum of Art of Romania.  It is also, by far, one of the most imposing architectural wonders in Bucharest. If your kids are into arts such as paintings and sculpture, this is definitely one of the places where you want them to be. The museum’s collection of arts from medieval and modern Romania is so vast that it includes arts from Western Europe, the Islamic world,and East Asia. There is certainly so much to see.

2. Palace of the Parliament

As interesting as its ornate interior, the Palace of the Parliament is a colossal structure worth visiting whenever your family is in Romania. You can’t and I suggest, you shouldn’t miss a trip to the parliament building because, aside from the fact that it is the biggest administrative building on earth that is used for civilian purposes, it is also the second largest administrative building overall, just next to Pentagon. Some of the few fun facts about the building you should know are: 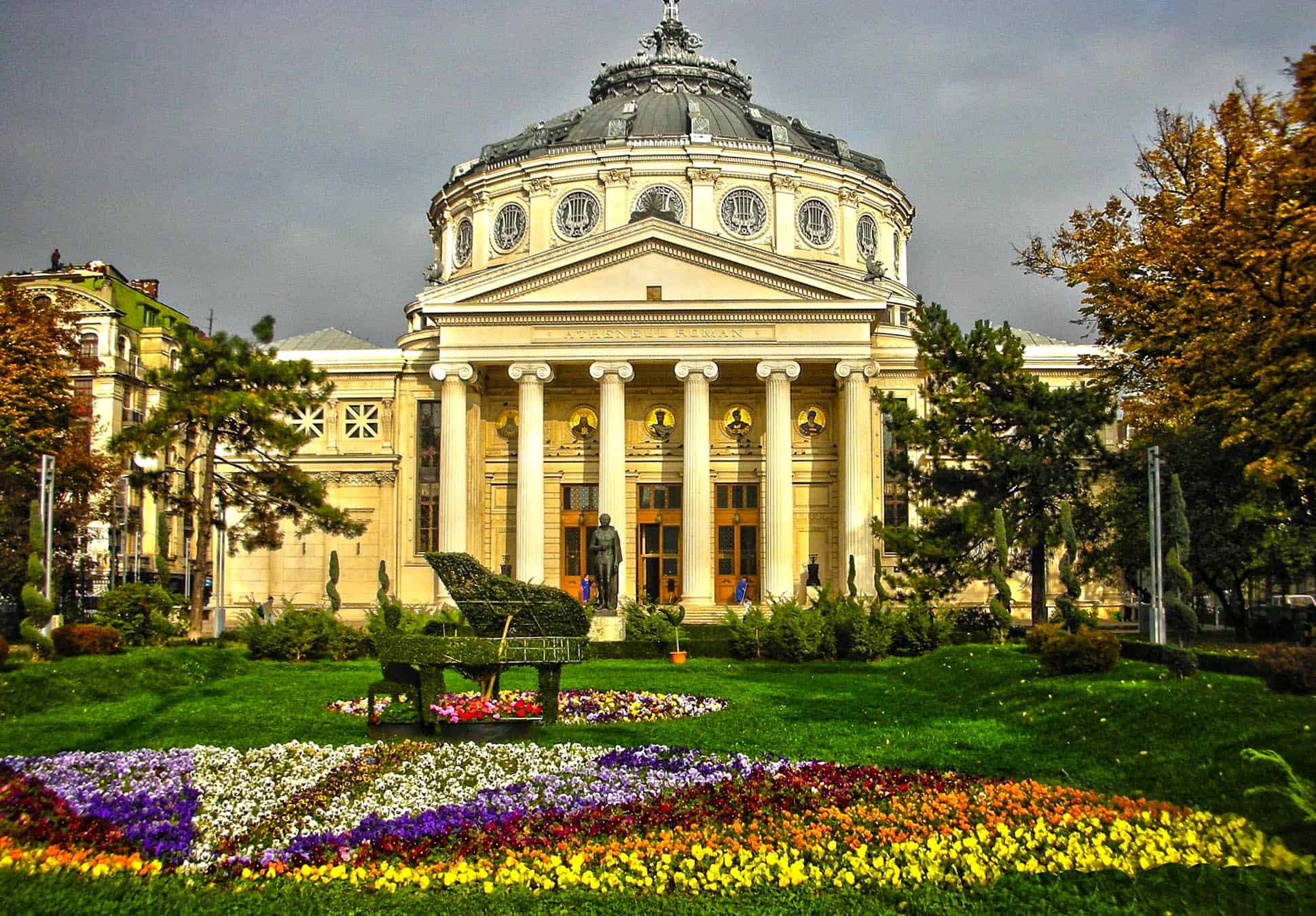 Romania celebrates not just architecture but also music, especially the orchestra. It is amazing, however, how these two come together to create a beautiful architectural jewel. Located in the capital city of Bucharest, kids who are inclined into music will not just love the Romanian Athenaeum for its beauty but also for its rich history. The concert hall is in the center of the city and an important landmark of the Romanian capital. It is nice to visit this place to witness performances and concerts after a good sumptuous dinner. 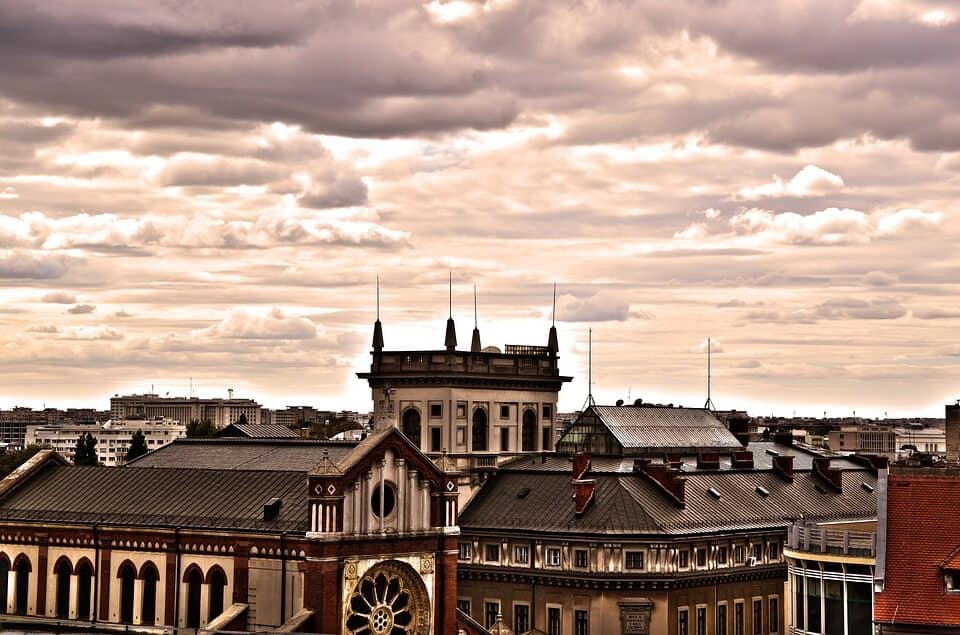 The capital’s Old Town holds a historical and social significance in the country, for this was where Bucharest was founded. Surely, there are amazing and historic architectural wonders, churches, and old streets, both original and restored, that the family can see. Visiting the Old Town would also mean giving the kids a glimpse of the city’s lively nightlife. Although it may seem that there is nothing new to see other than the old in this part of the city, it is good to note that bringing the kids here will let them experience the glory of the past and the splendor of the present.

Like many European structures that have historical or political significance, the Arcul de Triumf or better known as The Arc de Triomphe in Bucharest is a monument raised to memorialize the fallen Romanian soldiers during the first World War. Though sometimes the idea of history may bore the very young kids, those who love culture and history will likely feel the opposite and will find value in visiting this place.

Romania is not just about Bucharest, so it is time to talk about the other exciting places in the country. Let us start with Bran Castle.

Bran Castle, located in  Bran, Transylvania is undeniably one of the most iconic and notable tourist attractions in the country that is popular to kids and kids-at-heart. It is known throughout the world not only for its architecture that includes imposing towers perched high atop a 200-foot-high rock and narrow winding stairways that lead anyone to the timbered rooms inside it, but also for the dark mystery that surrounds it. Because of its strong resemblance to Dracula’s Castle in Bram Stoker’s novel, Bran Castle has been a favorite and top destination in Romania.  It is interesting to know that Bram Stoker had never visited the castle but only carved his descriptions of Dracula Castle out of his imagination and research, which then appeared to have a very strong resemblance to the famed Romanian fortress.

Just like the Bran Castle, Peles Castle is another major tourist magnet in Romania. A Romanian trip with kids will not be complete without visiting the Neo-Renaissance castle famous for its intricate exterior and interior designs. It is one of the most stunning and most impressive castles in Romania – and even in all of Europe. Kids have plenty of things to see, including its beautiful grounds and extravagantly-decorated rooms. If your little ones go hungry, there is no need to worry, as there are places to eat around the castle. Another good to know piece of information about the castle is that it used to be the summer house of the Romanian Royal family, making it a favorite destination of traveling families with kids. Those who love fairytales will definitely enjoy the guided tour. 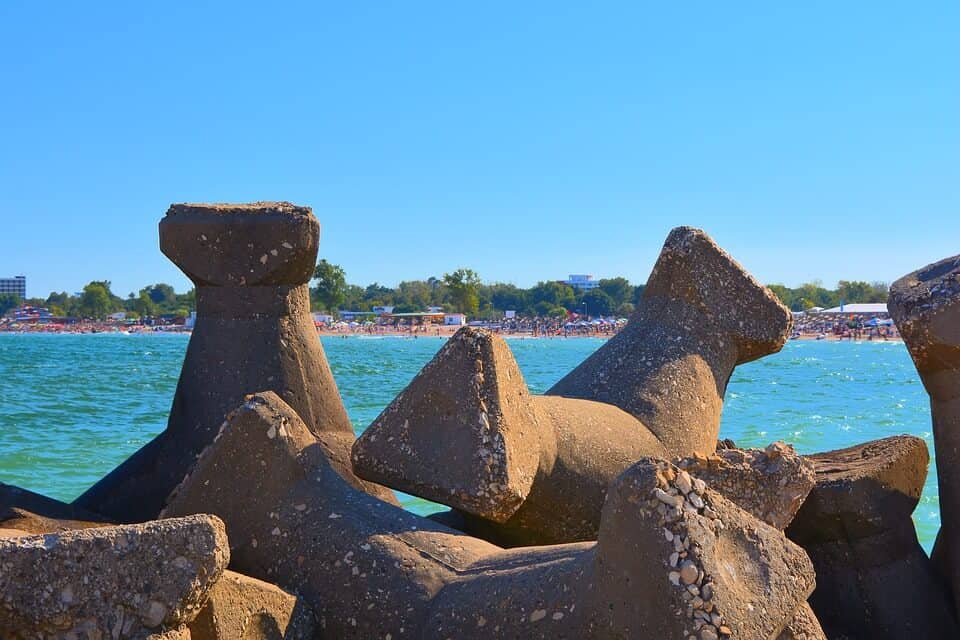 A few hours of driving from Bucharest down to the southern part of the country will not only showcase breathtaking views of mountains, rivers, waterfalls, villages, and cities, but most importantly, it will also take you to the unspoiled beaches of the Romanian Black Sea. The beaches in this part of the country are home to hotels and resorts where the kids can play and swim all day. The kids can spend a good summer day at the Romanian Black Sea Coast in Constanta, while you enjoy a cocktail or coffee in one of the restaurants nearby. There are also fun activities that you can engage the kids in, particularly windsurfing, as it is a popular sport in the area.

Kids who love adventure and nature will find Bâlea Lake a paradise. This natural Romanian wonder came about after a glacier eroded the Făgăraș Mountains and then melted. It is now one of the country’s major tourist attractions that is famous for outdoor activities. Aside from the typical touristy activity such as sightseeing, the lake is also an ideal venue and a great spot for ice climbing, hiking, cycling, and even skiing. Just make sure that the kids are fully equipped and geared for the cold weather.