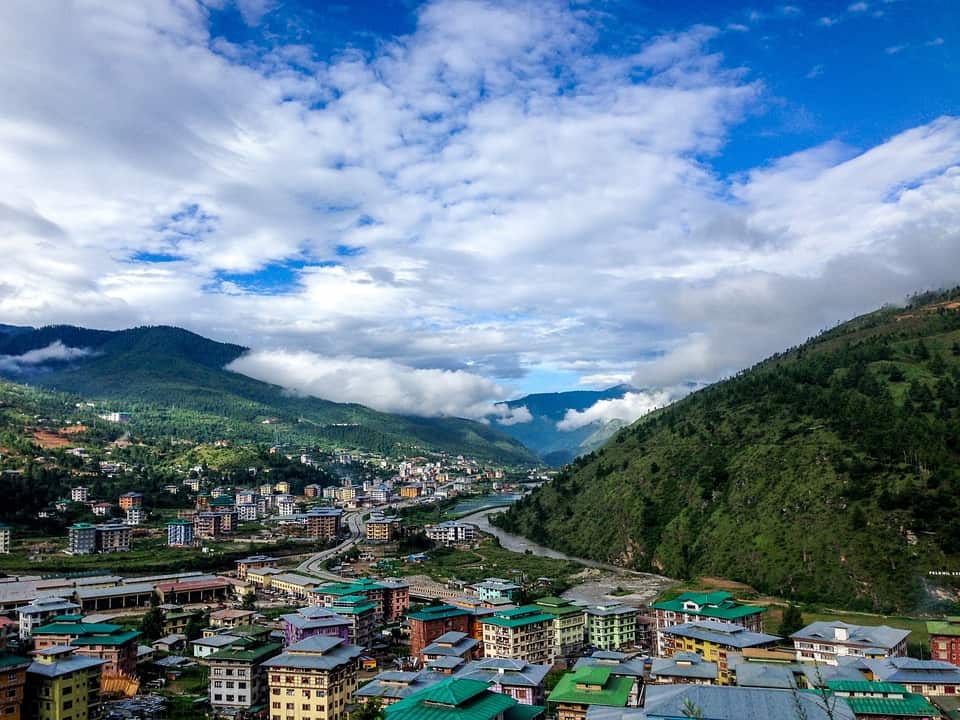 This is not the first time we are going to talk about Bhutan, the “Land of the Thunder Dragon.” In a Tripelle article “Bhutan’s Hidden Secrets“, published in July 2017, we shared and talked about how Bhutan is an idle and a perfect place for trekking and traveling. We revealed how the tiny kingdom-nation is so little in size but is so packed with mysteries and traditions. Food, history, and cultural heritage are also among the many secrets we let everyone know. The fact that we also highlighted how Bhutanese people are friendly, makes it easier for me to write about Bhutan, but this time focusing more on how this country is suitable for kids.

With an amazing topography of forests and mountain ranges, fascinating culture and religion, admirable love for nature, and friendly citizens, it is not hard to fall in love with Bhutan over and over again. Now, here are the reasons why you should take your kids to Bhutan soon:

1. Bhutan is the world’s only carbon-negative country

What does it mean to be carbon-negative? According to Carbon Negative, it is a phrase used to describe any activity that removes more carbon from the atmosphere than you are responsible for creating. 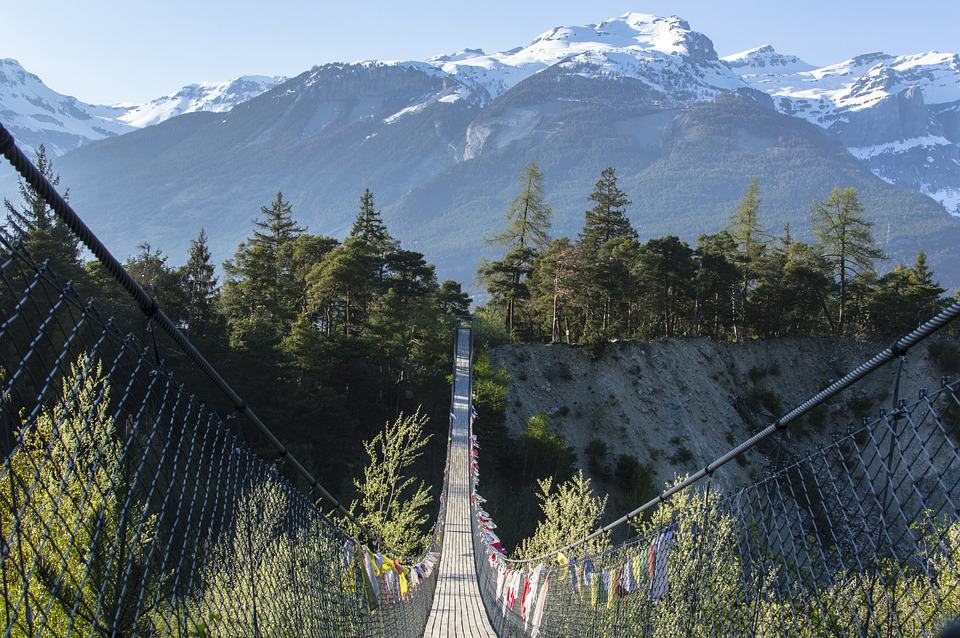 The country has developed environmental-friendly law to protect and nurture its nature without compromising the other aspects of life of its people. Cars are limited, farming is organic, and the nation is mostly composed of forests. These are some of the reasons why this country is carbon-negative. This means that traveling to Bhutan with kids will not only be fun, but also healthy and safe.

2. More than two-thirds of the land is covered by forest

Bhutan will always be a unique travel destination for the family. As you land at Paro International Airport, what many others consider the World’s Most Dangerous airport, you will see lush greens and will be head over heels in love with the dramatic landscapes. Despite its location between the mega-countries and highly urbanized China and India, 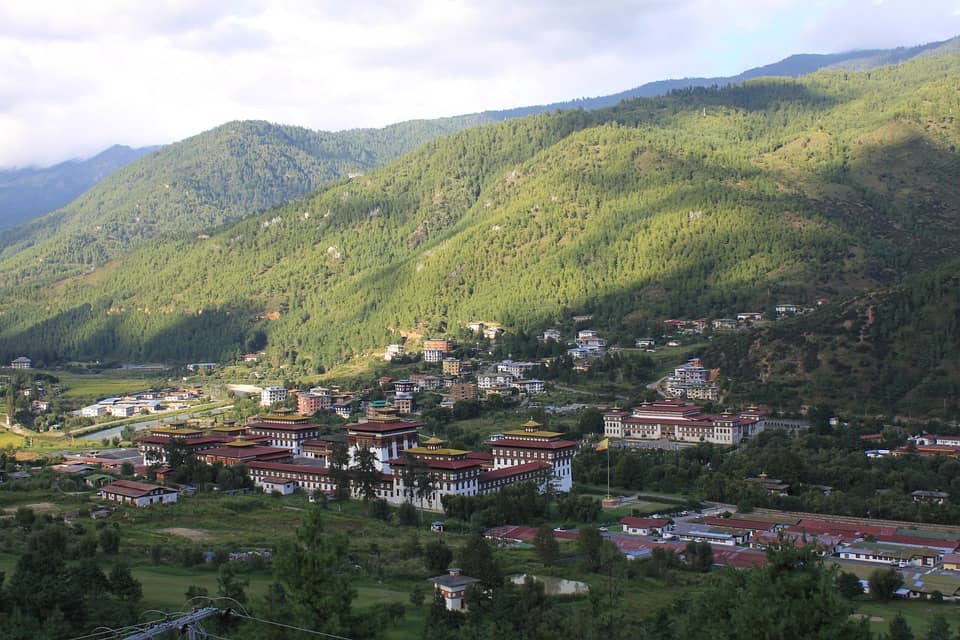 it has remained cut off from media and the world for a very long time, which made it possible for its government and monarchy to rule the land free from intruders.  It was and up to this day is able to maintain and manage its resources responsibly. Because of this, the country’s natural resources, forests, and environment, even those that surround the major towns and cities, have remained in excellent condition. They love the forests so much that their constitution mandates the protection of the forest.

3. Its capital city is traffic light-free

Can you imagine a country’s capital city without traffic lights? Well, in Bhutan that is the reality and doesn’t seem to be a problem. Thimphu, the only capital in Asia that has no traffic lights, allows pedestrian and vehicles to freely move goods and services on a daily basis. 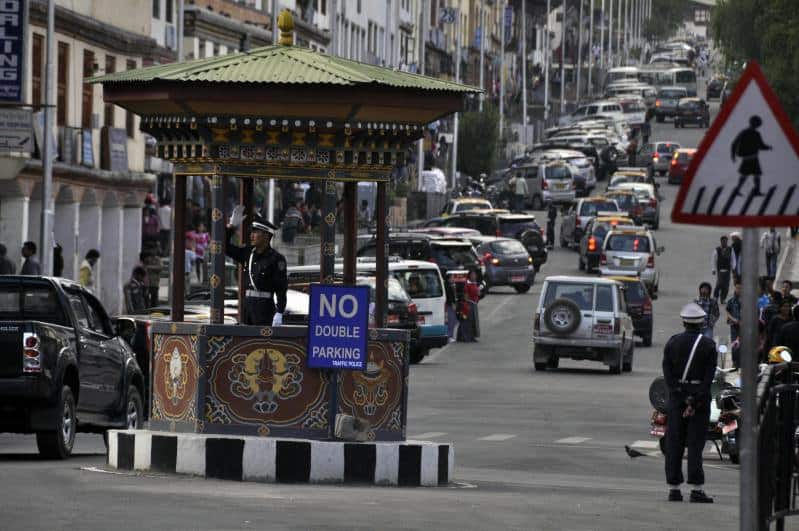 So, when you travel from the National Library to the Folk Heritage Museum to Trashi chhoe dzong, you won’t see a single traffic light, but instead friendly policemen guarding and manning the streets to keep pedestrians safe.

Bhutan is not only the greenest country, but also one of the world’s happiest countries to take the kids to for a trip. In fact, the former King of Bhutan, Jigme Singye Wangchuck, created the concept of Gross National Happiness or the philosophy of measuring the collective happiness and well-being of a population. 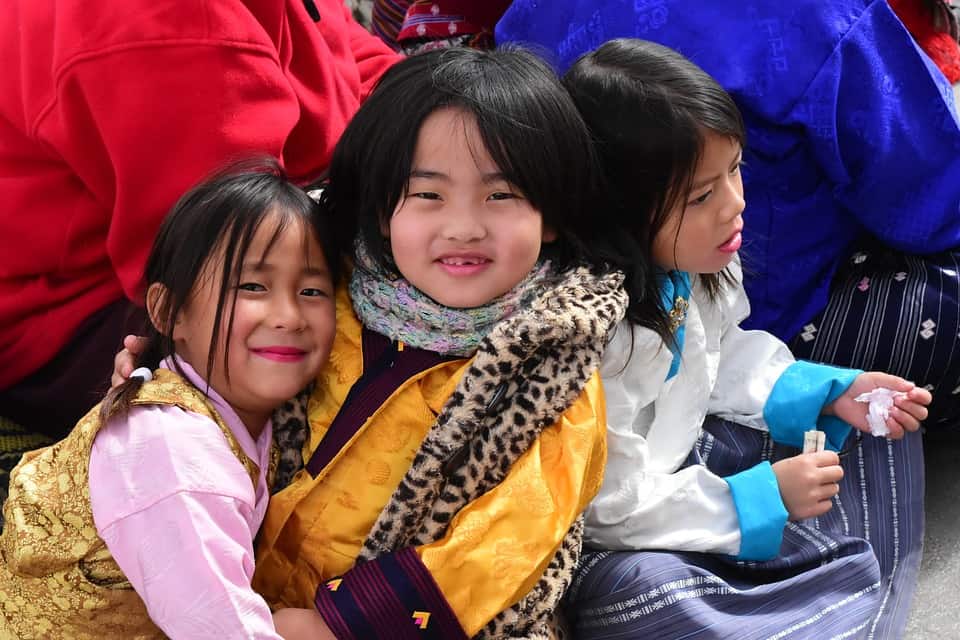 This means that the quality of life is given more weight than money in terms of success. Since majority of the people are happy, I can guarantee that you will be welcomed by smiling faces and friendly hellos as you visit the monasteries and dzongs during a trip in Bhutan with kids.

5. Bhutan’s weekend market is the best

Bhutan does not only vow to be remain carbon-negative but to also grow nothing but organic produce.There is no better place in all of Bhutan to enjoy “Weekend Market”than in the west bank of the Wang Chu River.

It is a colorful meeting place for both farmers and traders, who sell their harvest between from Thursday to Sunday. You and your little ones will definitely feast on the freshest organic vegetables, spices, and fine seasonal fruits.

Given that the country is predominantly Buddhist, there are a number of Buddhist temples and monasteries in the country, but the most prominent one is Taktsang Monastery or Tiger’s Nest. This one is not like any other because of its unique location and elevation.

It clings to a cliff, 10,236 feet (3,120 meters) above the sea level on the side of the upper Paro valley, Bhutan. It is also the holiest site in Bhutan, which makes it a top travel destination for families. So, upon your arrival in Bhutan’s sole international airport in Paro, with the right gear and attitude, take the boys and girls to this beautiful place.

7. It is where you’ll find Buddha Dordenma

Since Buddhism is an integral part of every Bhutanese citizen, it is just right and proper to know that you can find Buddha Dordenma, the largest sitting Buddha in the world in their country. 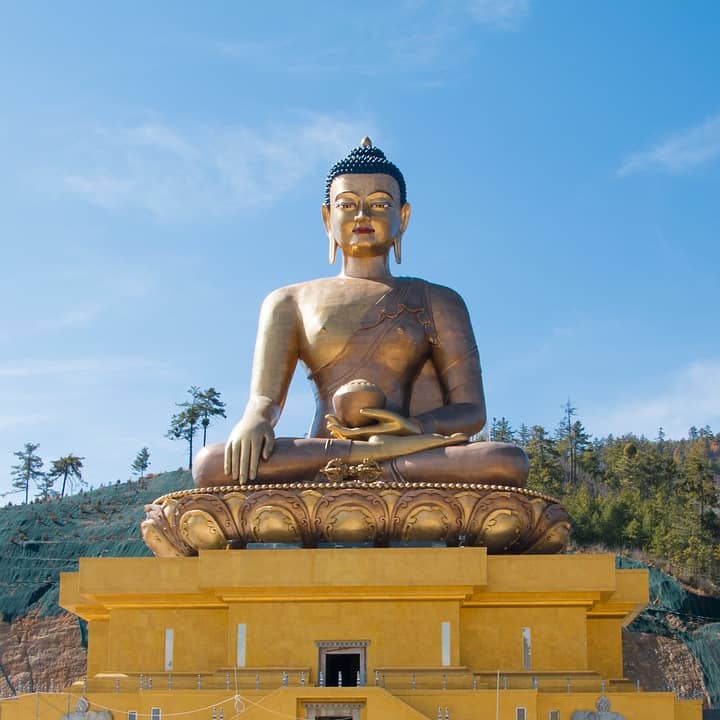 Expose your kids to the culture and let them experience the Buddhist  hospitality during your trip.

While you are in the capital of Thimphu, make sure to take the kids for a stroll around the Changangkha Lhakhang, one of the oldest temples in the Thimphu Valley. 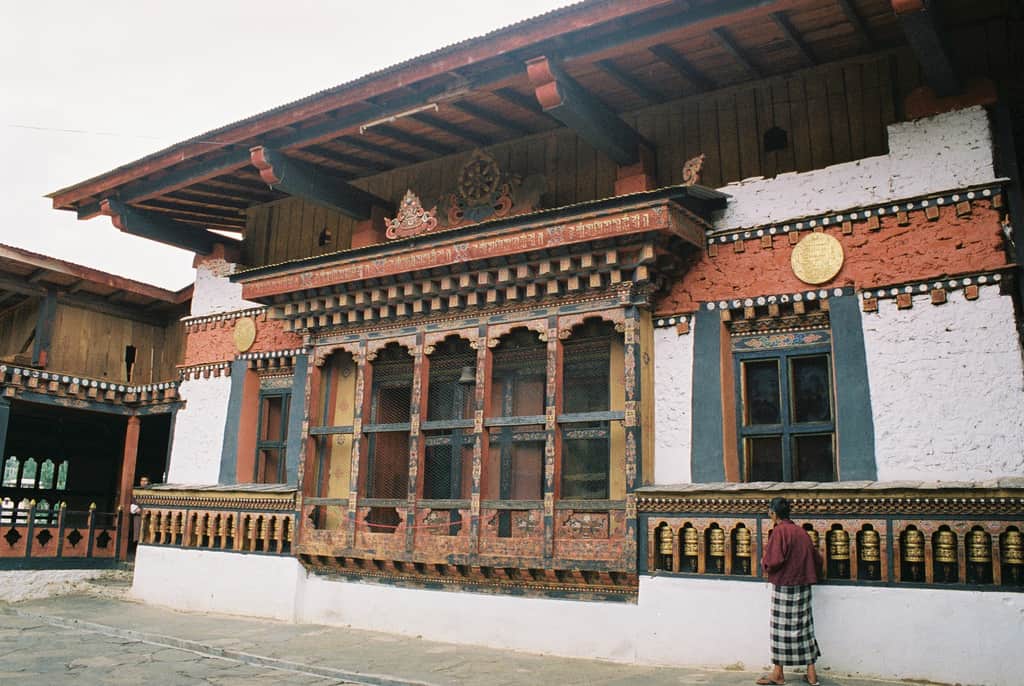 The temple is frequented by many families, so visiting it will feel like a family retreat and a bonding time in Bhutan with kids. The kids will also learn about the amazing history of Buddhism, while you can enjoy the sweeping views around it.

9. The kids can enjoy a Himalayan trip through the Dochula Pass

The road from Thimphu to Punakha travels across Dochula Pass, a mountain pass in the snow-covered Himalayas within Bhutan. 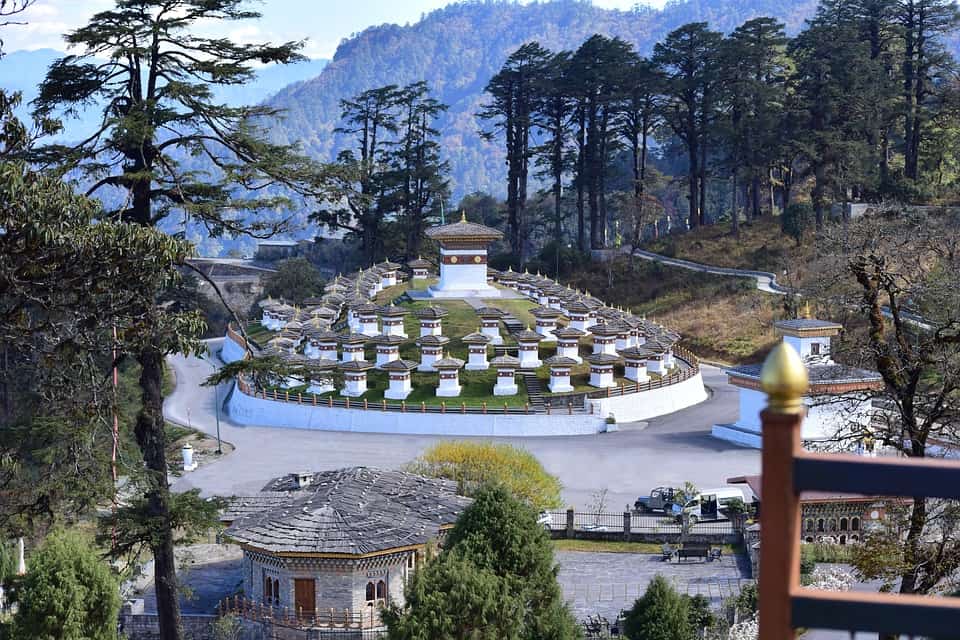 From the top of which 108 memorial chortens or stupas known as “Druk Wangyal Chortens” appear in the mist that the kids will definitely love. Kids who enjoy the cold weather will certainly have a great time.

10. You can join the “Bhutan by bicycle” tour

If you are traveling to Bhutan with kids who are old enough to ride bikes and endure hours of cycling, then, cycling around the Kingdom of Bhutan is the ultimate way of touring the country. 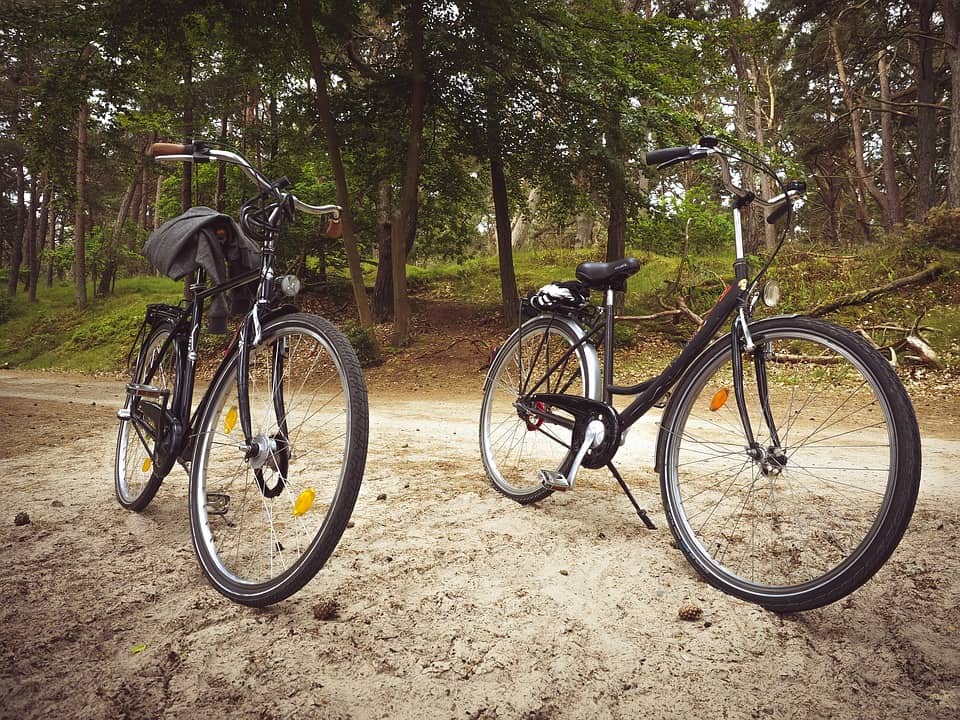 The bike tour that normally lasts 13 days kicks off from Paro, Bhutan, and returns. The entire journey will take you and your children to different places. They will see vast lands covered with lush greens and thick forests, untouched environment, rivers, and waterfalls.It will give your kids another perspective of how to love and respect nature and culture.