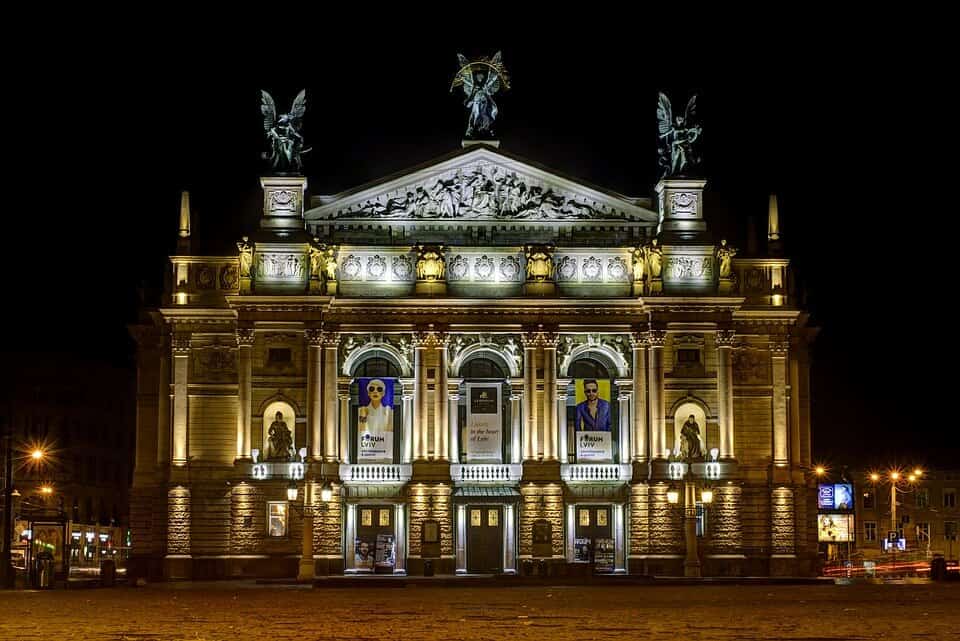 Ukraine – Being Europe’s largest landlocked country with vast natural resources, there is no doubt why Ukraine has an interesting and colorful past. Its history, despite being chaotic for many, is part of what made Ukraine a beautiful country for travel today.

Traveling parents and tourist alike may have second thoughts about spending time on the Ukrainian roads because of the country’s past. It is true that in 1986, Ukraine suffered the world’s worst nuclear accident – the Chernobyl Nuclear Power Plant explosion. But that was the past. Things have changed and changed for the better for Ukraine. 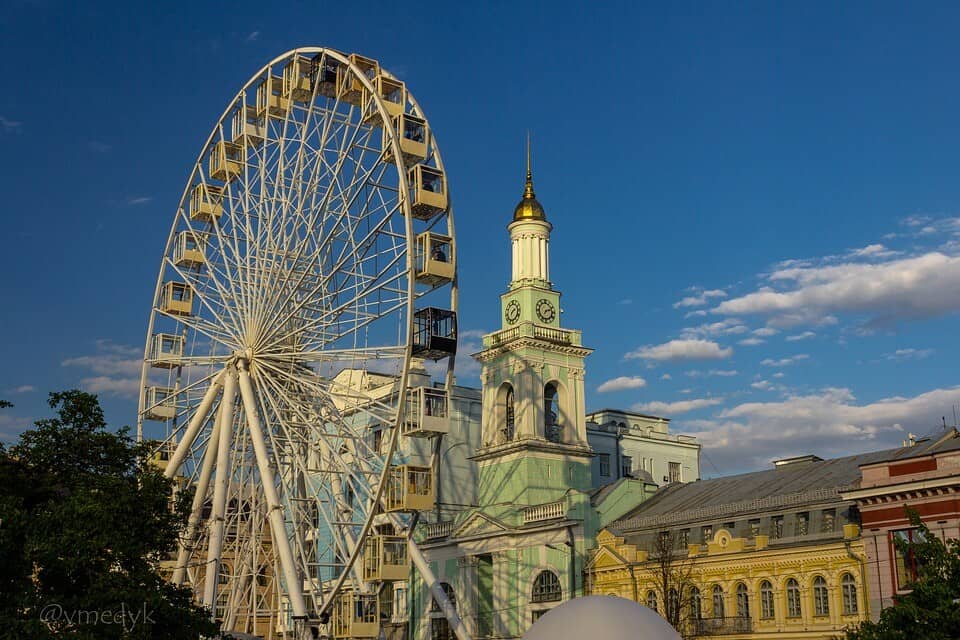 If you are not convinced yet, then I suggest you stick around and read on, as I show you why Ukraine is an exciting place to visit with kids.

In this article, we will focus our discussion on the best places to visit and the most amazing things to do with kids in Ukraine’s two largest cities, including of course its capital city of Kiev (Kyiv) and Lviv.

So, are you ready to explore now?

Then, let us start with a tour of the capital city of Kiev.

1. Kiev is home to stunning churches

Our trip in Ukraine with kids will highly likely kickoff in its capital city.You will enjoy spending time checking out its stunning churches.

There are quite a few, but dominating the skyline of the capital are the amazing golden and green domes of Saint-Sophia Cathedral and St Michael’s Golden-Domed Monastery. Both are iconic religious architecture that have become one of the city’s primary tourist attractions, too. 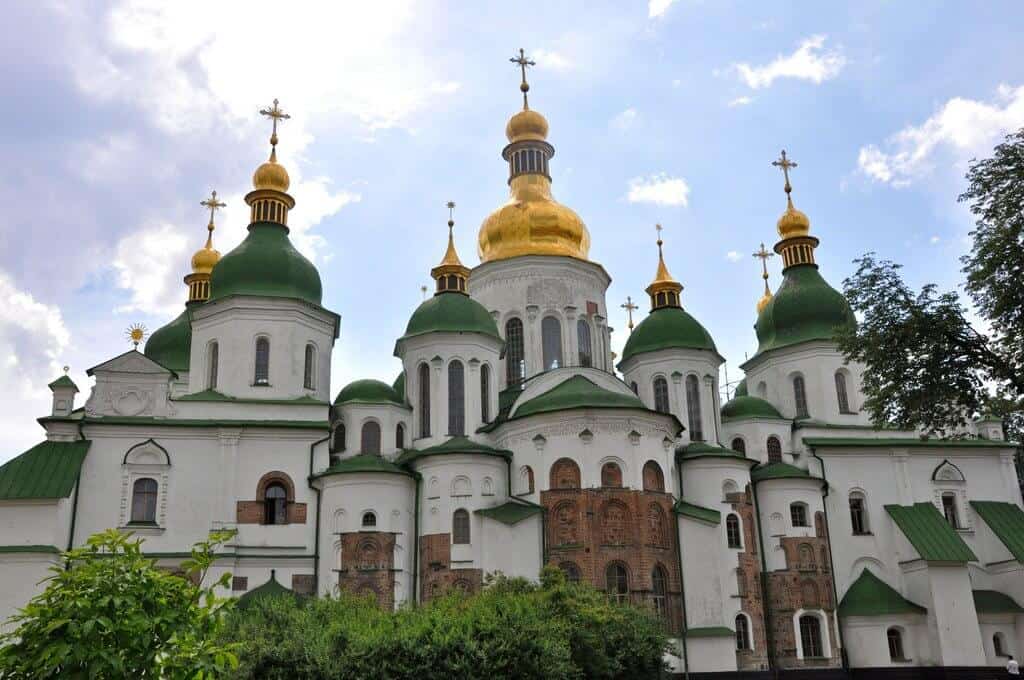 Kids love anything bright, especially things that shine, so the golden domes are no exception. The Saint-Sophia Cathedral is also very special, as it was one of the very first sites in the country to be part of the UNESCO World Heritage List.

These famous religious landmarks, along with Volodymyr Passag, are not just known for their structure and stunning architecture. Locals, tourists, and travelers flock their grounds annually during Easter.  So, if you happen to be in the city during or at least one week before Orthodox Easter, these sites are where you will catch the Festival of Easter Eggs (Pysanky).

2. The Easter Egg tradition is said to have originated in Ukraine. Kiev hosts the Festival of Easter Eggs

Trust me. I was a kid once and like me, any kid likes the idea of Easter egg hunting. To level the experience up, participate in Kiev’s Festival of Easter Eggs. 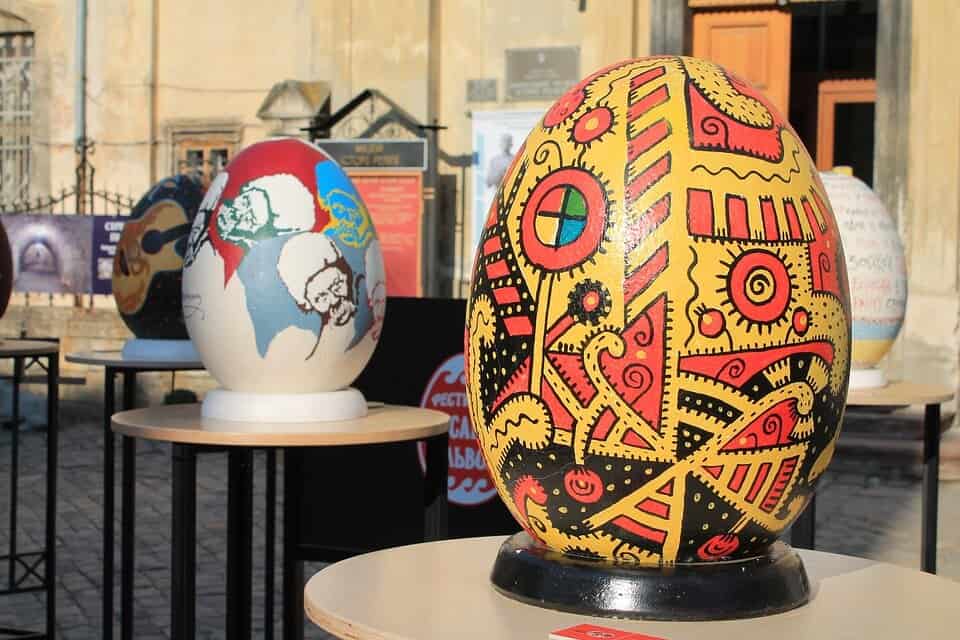 Ukraine’s Easter eggs are unlike others in all of Eastern Europe. Theirs are perhaps the most artistic, most colorful, and admirable. Unique exhibits of huge all-Ukrainian Easter eggs that adorn the streets will certainly catch your kids’ attention. 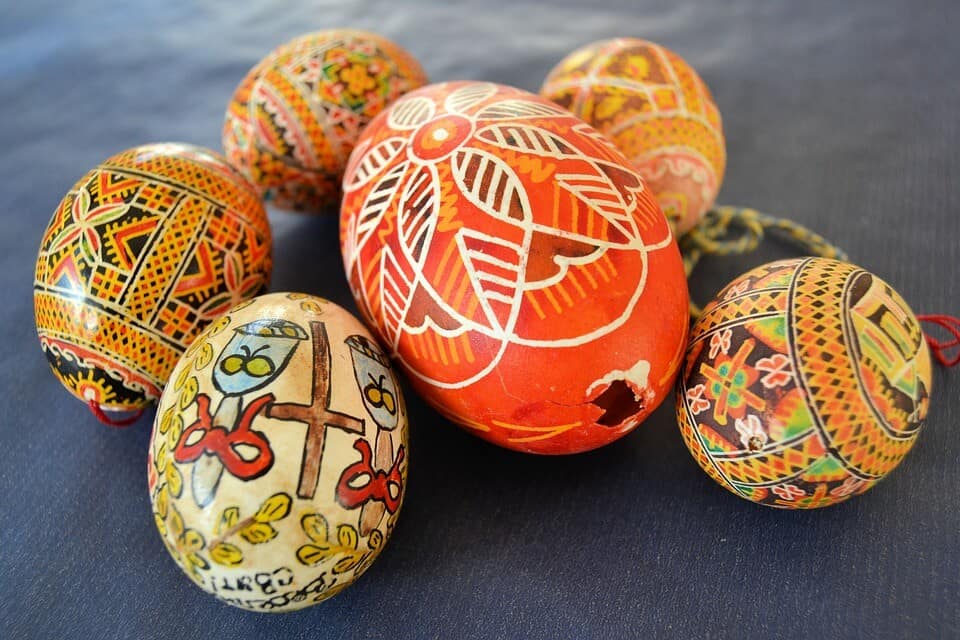 During the height of the celebration, the kids can partake in master classes to create their own colorful Easter eggs that are patterned in wax and dye. As I mentioned, the event is usually held in different locations in the city center, such as  in St. Sophia and St. Michael squares.

3. Parks, Puppet Theatres, and Aquapark – the city has them. 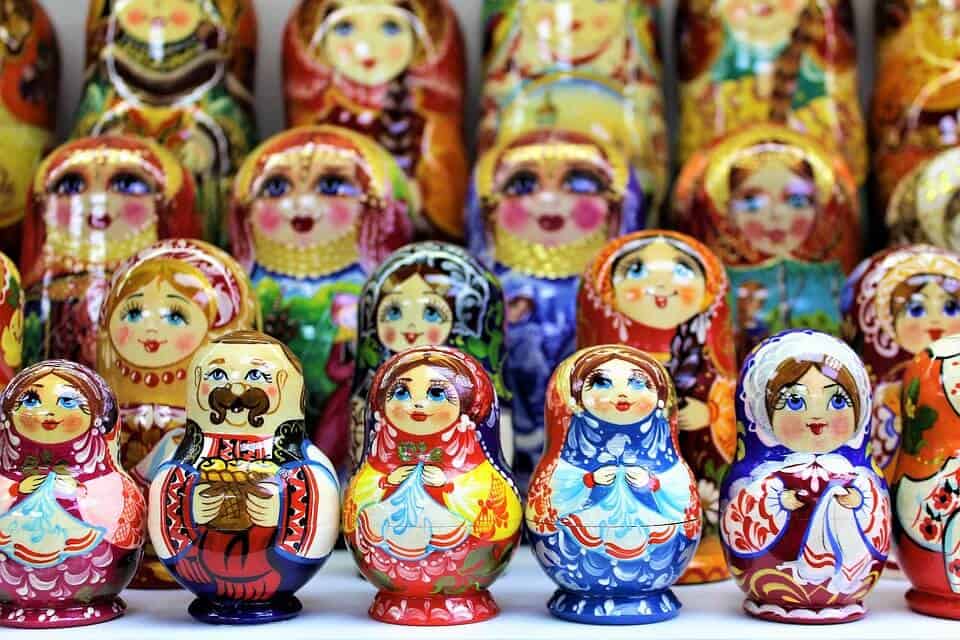 As expected, Kiev has the most attractions for kids, especially if you are a fan of indoor entertainment such as aquaparks, museums, and puppet houses. There is certainly something for the little ones. Children’s railway stations that have real trains and wagons running through the parks are also a major hit for kids and adults.

4. Kiev is surprisingly a green city.

One would not really expect a capital city to be lush and green. But Kiev is an exception. Strolling around the city will take you to beautiful sceneries of greens. One can even stay under the shade of the trees from one point to another.  There are beautiful flowers that grow in the parks, too. 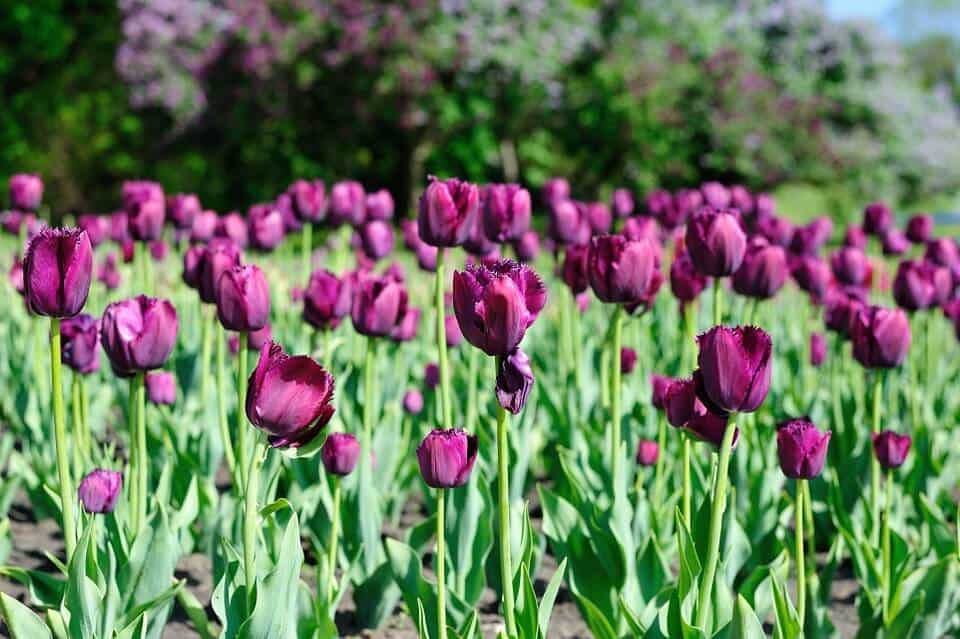 Cycling in the parks is another way for the family to enjoy nature. The city has a number of parks that are ideal for biking. So, whenever you are in Kiev with Kids, take them to Holosiyivskyy (Goloseyevskiy) park or  ParkDruzhby Narodiv not just for nature tripping but also to have fun riding bikes.

5. You’re in Europe, so castles and palaces are a common scene.

Kids like fantasy. I think, even adults love the idea of living in castles and palaces. Ukraine will not disappoint in this department. Kiev and its neighboring towns offer tour options where you and your little ones can relive their dreams in castles, fortresses, and palaces.

These castles once stood as defensive architecture but today, they offer a number of kid-friendly attractions to traveling families. A trip out of Kiev will lead you to Kamyanets-Podilsky Fortress or the Palanok Castle, Mukacheve. 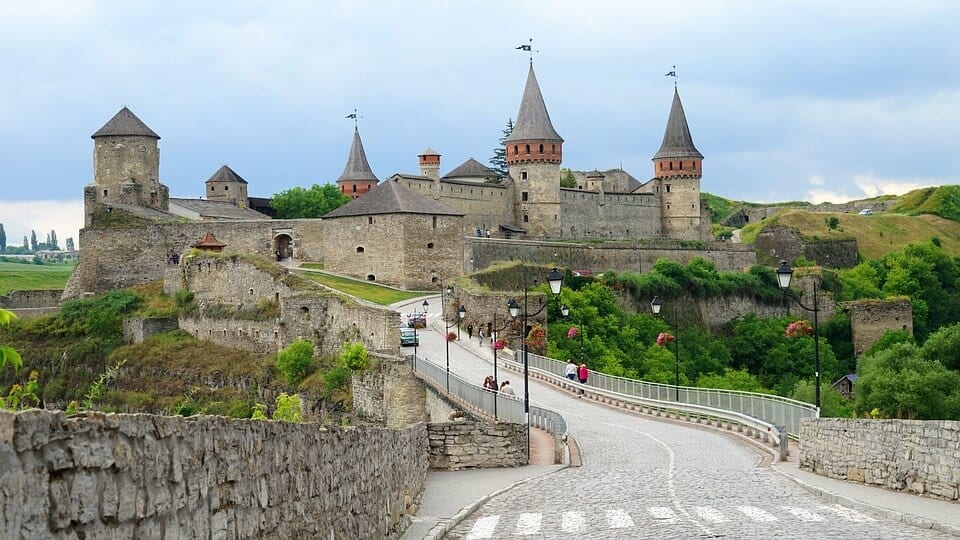 Within Kiev, Mariyinsky Palace – the official ceremonial residence of the country’s president attracts tourists who wantto enjoy a stunning view of the building.

If you ever get tired of visiting castles and palaces, the city is also home to other sites that the kids will love. Those include: 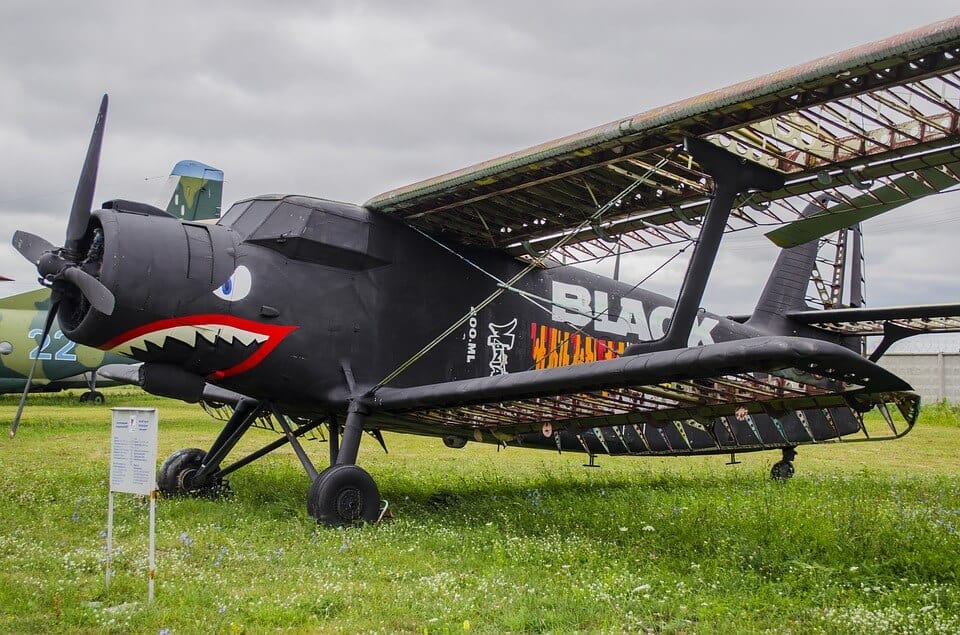 But among all the museums, my favorite is the Ukraine State Aviation Museum because of its aircraft display.

Like Kiev, Lviv is another interesting city to visit with kids whenever you plan to visit Europe’s largest country. What does Lviv offer? It’s time to move on to Lviv.

Yes! Your Ukrainian getaway in Lviv will not only be about architecture, history, and museums. Kids have very short attention spans, but one way to keep them focused is by giving them treats.

Well, the best time to visit the city is during its celebration of the Chocolate Festival, which is no doubt the best kid-oriented festival in the country. 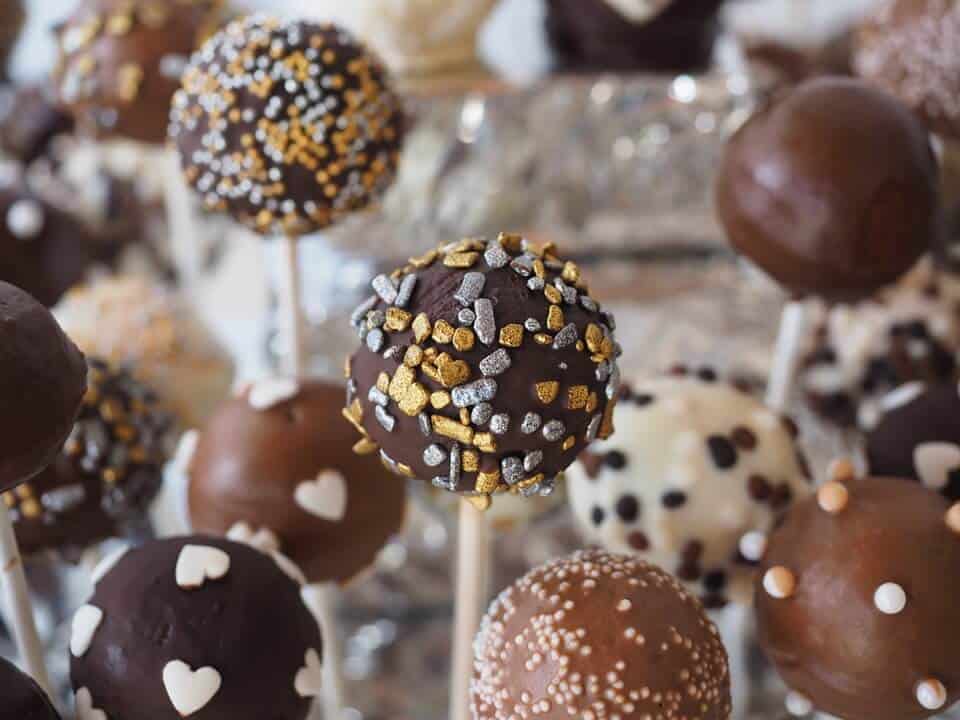 Speaking of chocolates, kids with a sweet-tooth will enjoy a stop at the famous Lviv chocolate cafe – the Lvivska Maysternya Shokoladu. Though this brand has branched out of the Lviv, where it was founded, it will be so special for you to try their treats, cake and pastries, chocolates, and coffee there.

Aside from chocolate cafe, Lviv is also known for Lvivska Maysternya Pryanykiv, an award-winning shop that lets you taste their famous gingerbread.

It is impressive to know that such cafes thrive in a city like Lviv. Well, Lviv is, after all, a “café capital.”

2. Stuck in Lviv during winter? No problem.

I am telling you, Lviv is fun, even during the icy winter. The city turns into a winter wonderland. You will see ice and snow everywhere. Trees and even the ground are covered with snow. 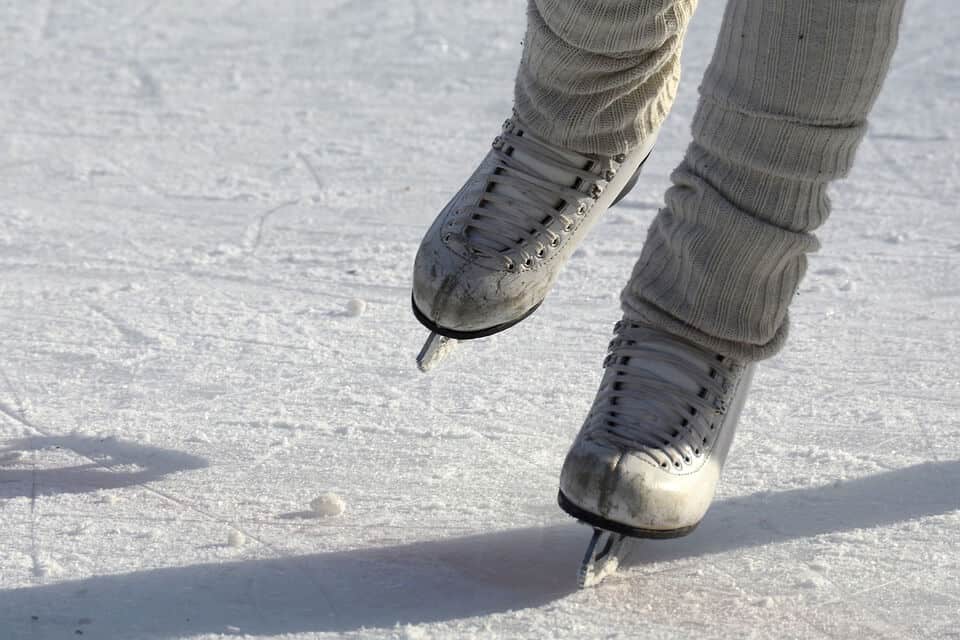 During this time, kids and parents can kill time in a skating rink and the best place to do it in Lviv is in the skating rink on Rynok Square. Not only is it a perfect-place for this sport, but also a great place to admire the lights that keep the square alive at night.

3. You’re never too far from other European influences in Lviv.

The fact that the city sits a few miles from the Polish paved the way for other European influences to flourish in this Lviv. Looking back in time, the city has been occupied and invaded several times. The city might have had difficult times centuries ago, but today, those invasions made Lviv an interesting place today.

From Viennese style coffee houses to Polish and Austro-Hungarian and German architectural influences, Lviv, a Unesco World Heritage site, has them all.

There is so much beauty that surrounds the city. That is why it is not so difficult for a tourist to easily get smitten by its charm.

Among the buildings the family can spend time visiting are:

4. Lviv has puppet theatres, too.

Now, it appears that puppet theatres are very common attractions in all of Ukraine. Therefore, it does not surprise me why Lviv is also home to a number of theatres offering kids plenty of fun.

Though the plays at  Lviv Puppet Theatre are mostly in the local language, it is still a favorite hangout place of traveling parents with small children in the city. You can catch puppet shows at the theatre to keep your kids entertained. If you are up for more shows, another popular theatre you can visit is Lyalkyi Lyudy.

5. Have a blast at entertainment centers and museums

Kids will always have extra energy to burn, and it doesn’t matter where they are. They are always up for fun and excitement, especially if it involves visiting parks and entertainment centers.

Another alternative site to visit when in Lviv with kids is the open-air Museum – Shevchenkyvskyy Hay. This folk-art museum is a perfect place to learn about the interesting Ukrainian village life and to see a unique collection of quaint clay village houses and wooden churches in one location. If you are lucky, you might also see staff dressed in traditional Ukrainian costume. That would be fun!