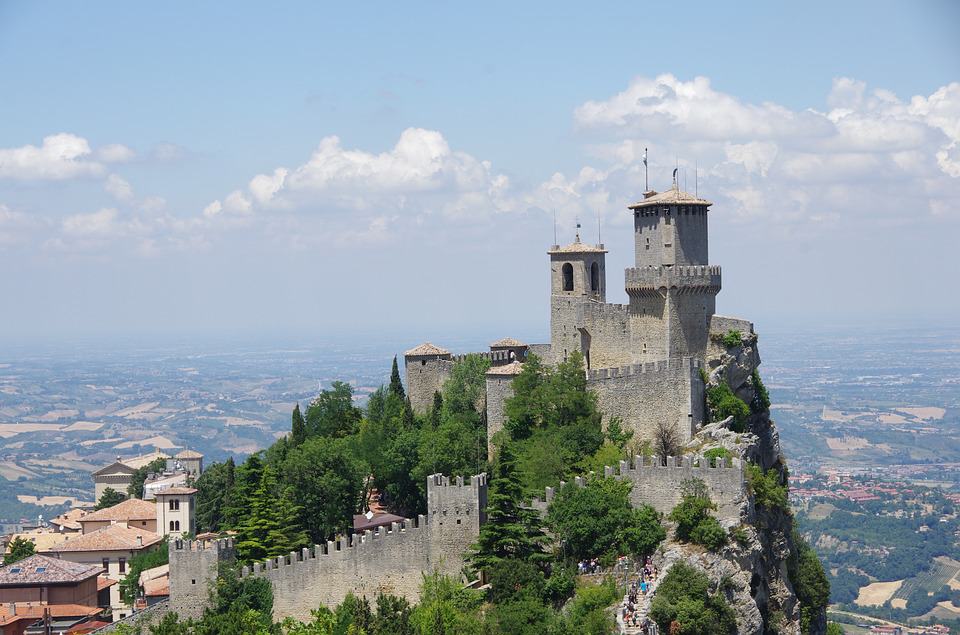 Size isn’t everything. Kids are small and so they love cute little things, too. From clothes to bags to food, and anything at all, kids find small things amusing. So, for a family who loves to travel with kids, a country so small as San Marino is no exception. Kids will find something to do and to see anywhere they go.

Out of the world’s 196 countries, the tiny Republic of San Marino that lies in central Italy will be an ideal family holiday destination with kids. This independent state of roughly 34,000 residents maybe Europe’s third smallest country, after Vatican City and Monaco, but it is packed with historical sites and rich history.

Here are some reasons why San Marino should be on your bucket list.

1. It may be small, but it is arguably the most curious

A little background about this beautiful republic will tell us that it is among the world’s oldest republics. Therefore, it is no wonder why it has retained much of its historic architecture. It does not run out of wonder sights to see. Its long and rich history goes back to as far as 301 AD. Another cool thing that kids will find amusing about San Marino is that its existence over the years continues to appear as an paradox. Landlocked it may be, but San Marino is the sole survivor of Italy’s once powerful city-state network.  Kids who love history will find San Marino such an interesting place to visit.

2. Tourism is the backbone of the country’s economy

Given its size, San Marino’s economy greatly relies on tourism to support the nation. With this, it is safe to say that the country is a perfect place for anyone, including the kids to be a tourist. Here you can find medieval old towns and arrow cobblestone streets. Aside from lovely photographs and memorable memories, please do not leave the country without getting one of the famous San Marino postage stamps and coins. For locals, they are important sources of revenue, but for travelers and tourists, they are living proof that you have been there. These collectibles are also keenly sought by collectors. Hence, they are a must-have!

3. Mount Titano’s imposing peaks are adventures waiting for you to explore

Rising dramatically from the country’s rolling hills and farmlands, Mount Titano offers nothing but spectacular views of the capital. Over the centuries, three towers of Guaita, Cesta, and Montale were built at the peaks of the 2,424 foot (739-meter) tall mountain. Among the three, Guaita is the oldest, which was built around the 11th century. While only Guaita and Cesta towers are open to public, Montale, the smallest of the three offers fresh area and scenic views to anyone who comes near it. These towers are living symbols of the country’s power. They were purposely built with an imposing nature to ward off those who tried to challenge the country’s independence. According to history, it was also in this very mountain that the county’s founder, Saint Marinus,found refuge from religious persecution. 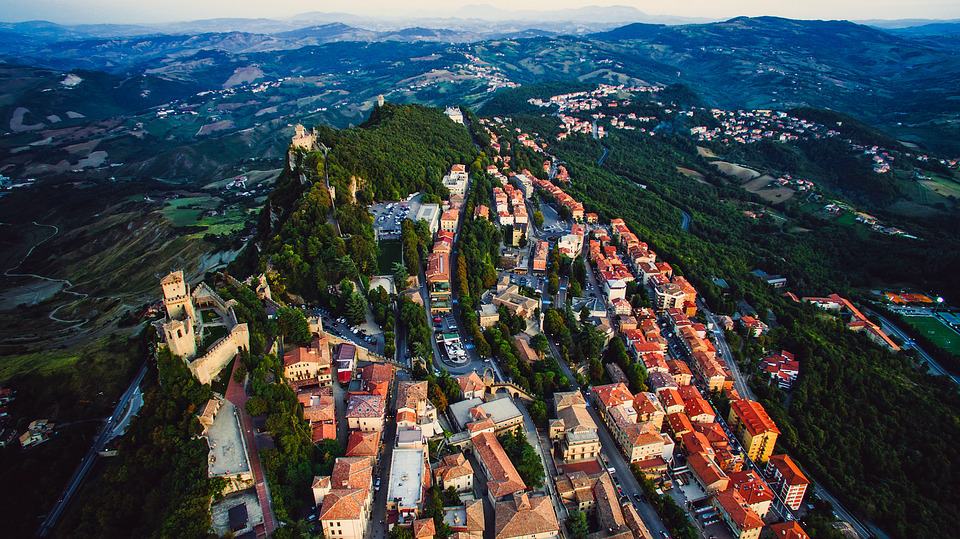 Just beyond the cliff-top towers lies the country’s historic and antient capital, which is also called San Marino. The fact that the country is the world’s oldest republic should give you and your kids an idea of what to expect in the city. From there, you will see the three towers of Gaita, Cesta, and Montale we talked about earlier. Whether you take the winding road or the cable car when checking out the towers, you can expect nothing but beautiful sceneries of greens, walled city sections, and historical churches. The city’s history city center has received world heritage status and is a UNESCO World Heritage Site as of 2008, making it more enticing to travelers. Some of the best sites that the family should visit in the city are:

5. Kids will love to see the changing of the guards 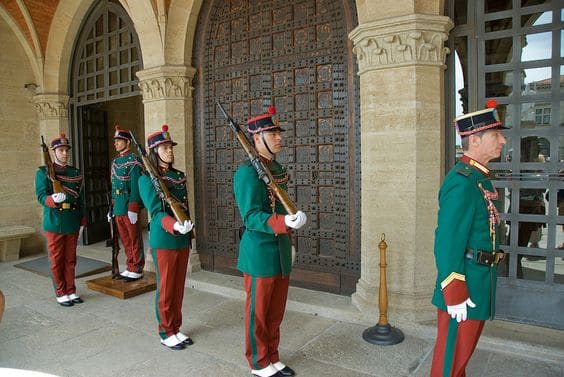 When planning to visit San Marino and you want to catch one of the main tourist attractions in the city that is the “Changing of the guards,” make sure to visit during summer.  This fascinating scene happens hourly during the sunny season in the city square near Palazzo Pubblico. 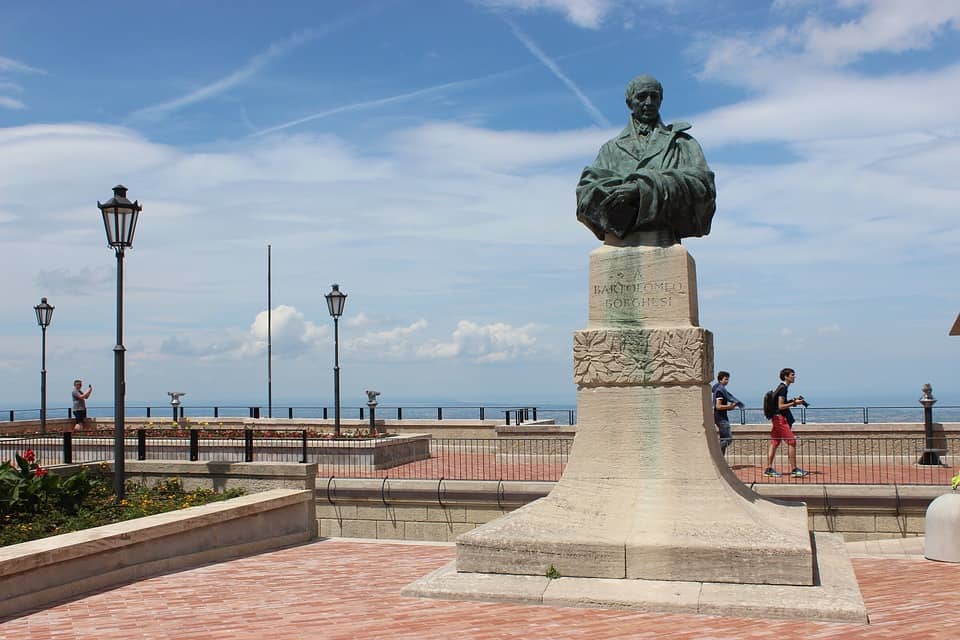 Wherever you turn, even as far as Mount Titano, there are physical tributes that constantly remind locals and tourists of the republic’s founder – Saint Marinus. He may be part of history now, but his presence is felt everywhere – from his statue at Liberty Square to his relics at Neoclassical 19th-century church of Basilica di San Marino.

7. It is a place to appreciate history and art 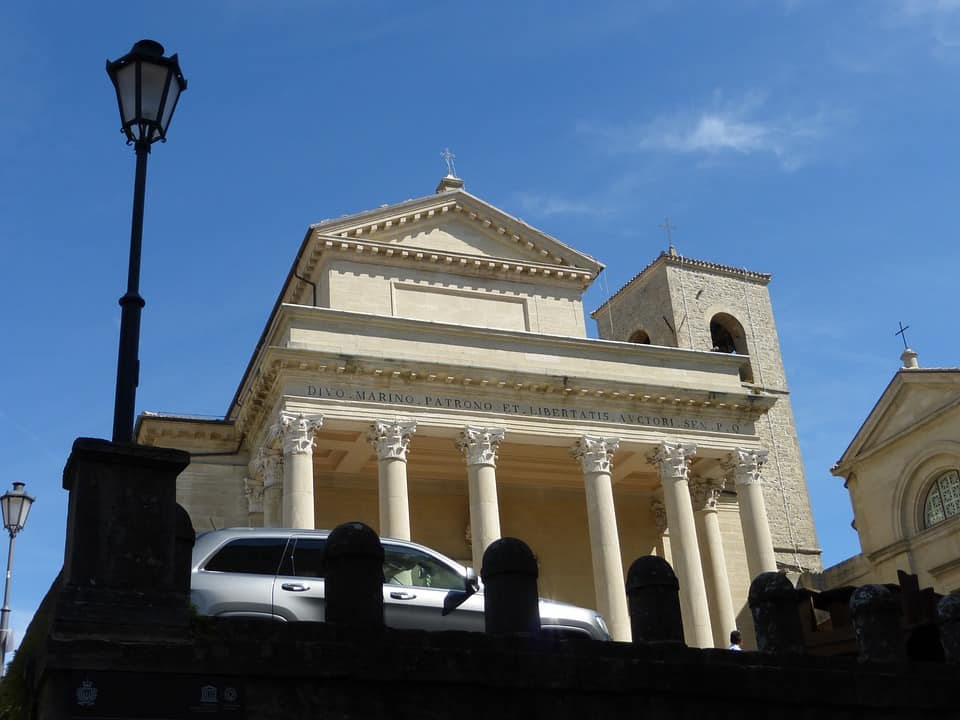 Kids who love arts and history will find San Marino a heaven. Century-old firepower is among the many great collections and exhibits the family can see at the Museum of Ancient Arms. Unique, whimsical, and one-of-a-kind collections await those who wish to visit the Museum of Curiosities. Art lovers can check the sacred artworks of the St. Francis Museum. For a dose of history, you can explore the treasures of the State Museum.

8. Unique shops and cafés are everywhere

You will find a lot of family-friendly shops that sell souvenirs in the narrow cobblestone streets of San Marino. Once there, don’t forget to buy the sought-after stamps and coins. In case the kids get hungry, there are also cafes with friendly staff that offer delicious food that you can pay a visit. Among the most unique shops you may be able to visit are those that sell knives and swords. Those are not so child-friendly items and you may want to slay clear of these shops, but the dads may find it interesting.