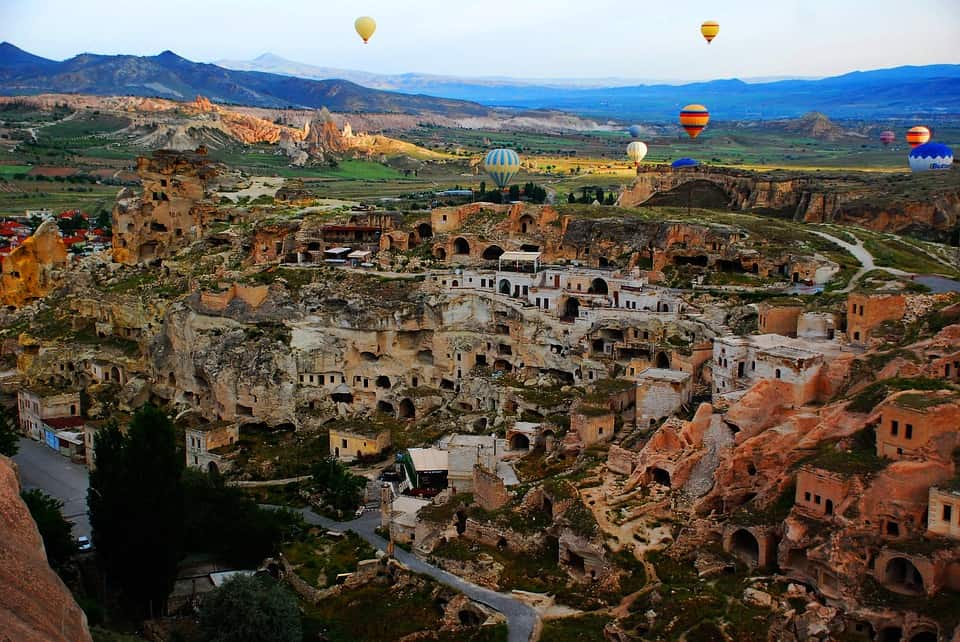 “The Land of the Crescent Moon,” that is Turkey, is a great place to let the kids explore the beauty of the past, through its magnificent ancient cities, buildings, and ruins. Traveling parents with kids will also love the country for it is an exotic destination where the east literally meets the west. The city literally lies on two continents, Europe and Asia, divided only by the Bosporus Strait, making it a special trading ground since the old times. Because Turkey is surrounded by eight European and Asian countries, the country has a special place in every traveler’s bucket list who wants to venture into the beautiful world of history. With so much history, natural beauty, and Ottoman splendor, there is no doubt, Turkey is another must-see place for the family. For starters, here are the best places of present and ancient times where you can enjoy your vacation in Turkey with kids. 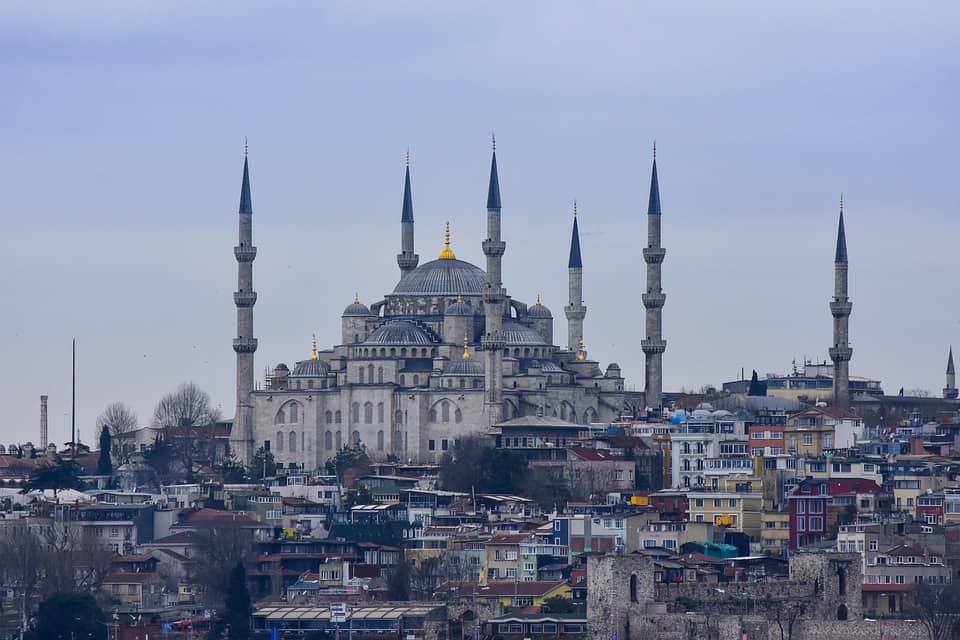 Every traveler’s journey in Turkey normally begins in Istanbul, the country’s mighty Golden Gateway to the Orient. Once the center of the old world, Istanbul is the connection of Europe to Asia and vice versa. Kids will find it amazing to see how the oriental charms jives very well with the occidental way of life.  The number of places to visit is countless, but among the top travel attractions in the city are Sultan Ahmed Mosque, Hagia Sophia, Bosporus, Topkapı Palace, Grand Bazaar, Hippodrome of Constantinople and Golden Horn, and many others. 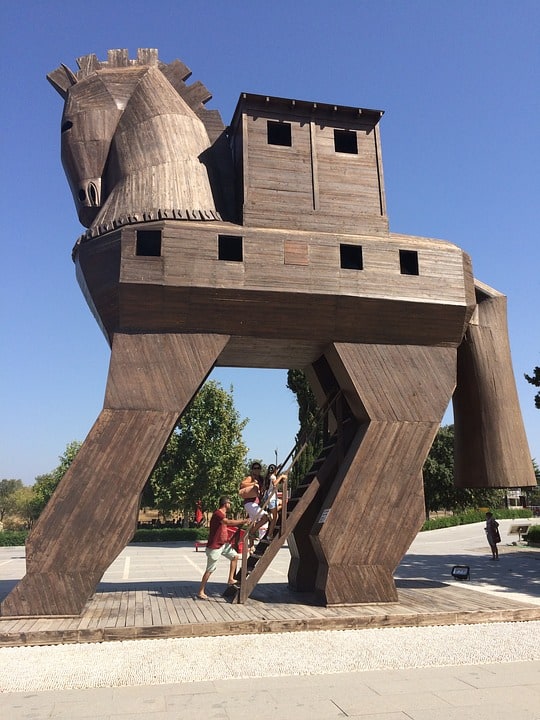 Alongside Istanbul, there is no other ancient place in Turkey that is as well-known as Troja or Troy. Kids who have watched the 2004 movie of the same name, Troy, will love the idea of visiting the actual place where the epic battle between the ancient kingdoms of Troy and Sparta took place some three thousand years ago. What occurred here was described by Homer in the Iliad.  The present-day Troy no longer displays its bloody past, but instead  shows remnants of the significant history. 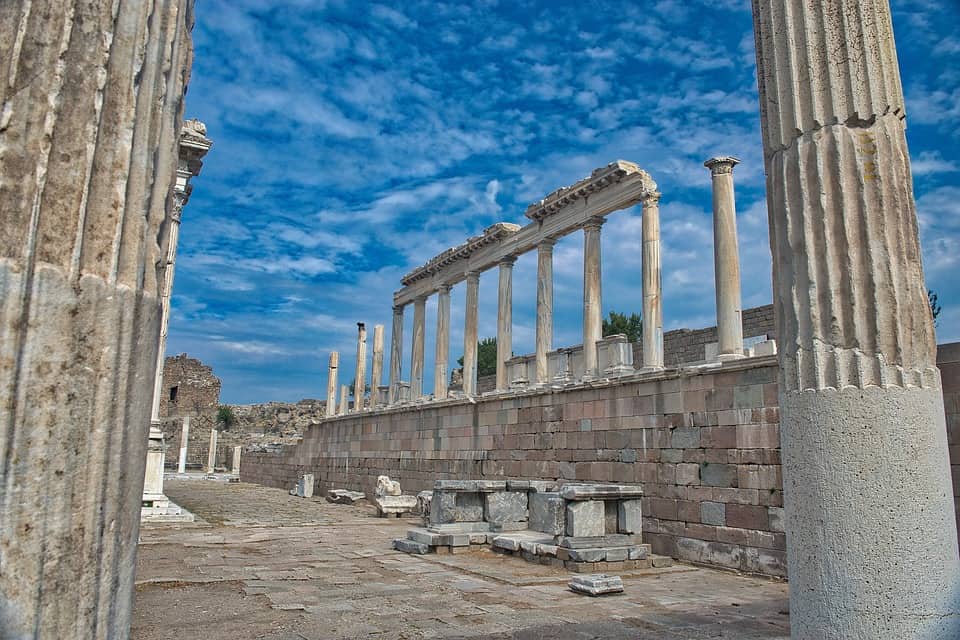 Near the west coast of the country, located between Ephesos and Troy, you will find one of the most famous and well-preserved ancient cities of this region. Listed as a UNESCO World Heritage Site, Pergamumis dotted with a number of historical sites and ruins from the time of Alexander the Great. Some of the sites rise high above the plain in Turkey’s Aegean region that will make your journey to Turkey with kids more unforgettable. Though most of the town’s main structures had long been ruined, even with its current state, the town still displays the power, knowledge, and wealth of the past. 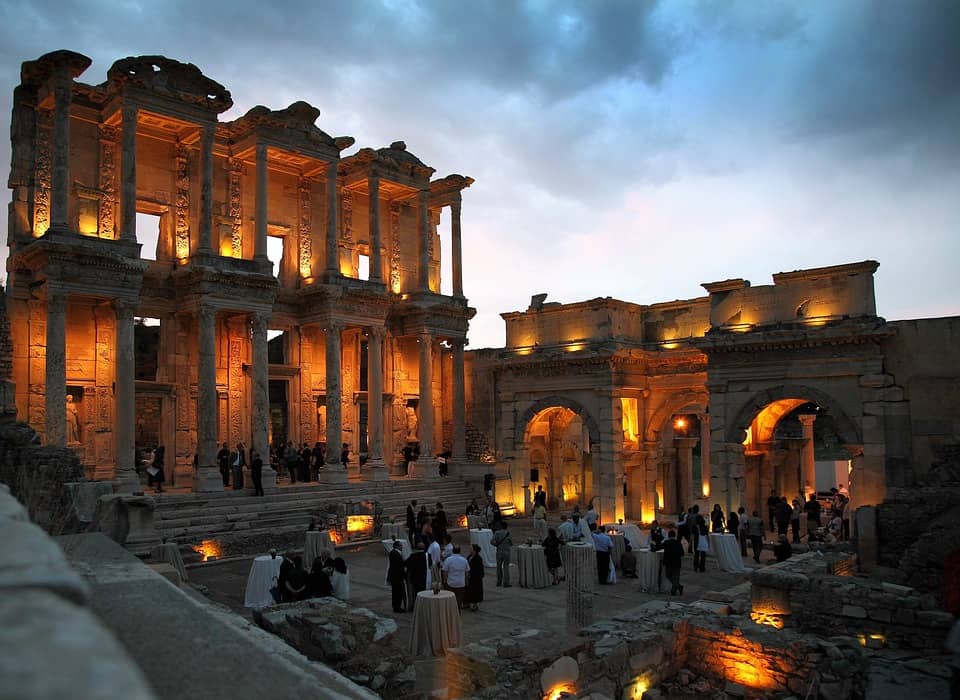 The ruined city of Ephesus, located along the Mediterranean coast in the present-day İzmir region of Turkey, is a place of history and culture. During its glory, the city was a place of superlatives. Taking the kids who love history and culture to this magnificent place is such a treat for them. They will be delighted to see the ruins of the city demonstrating its glorious past. Noting that it was once one of the most important cities in the region during ancient times, Ephesus is a major tourist attraction with sufficient structures that have survived the test of time. 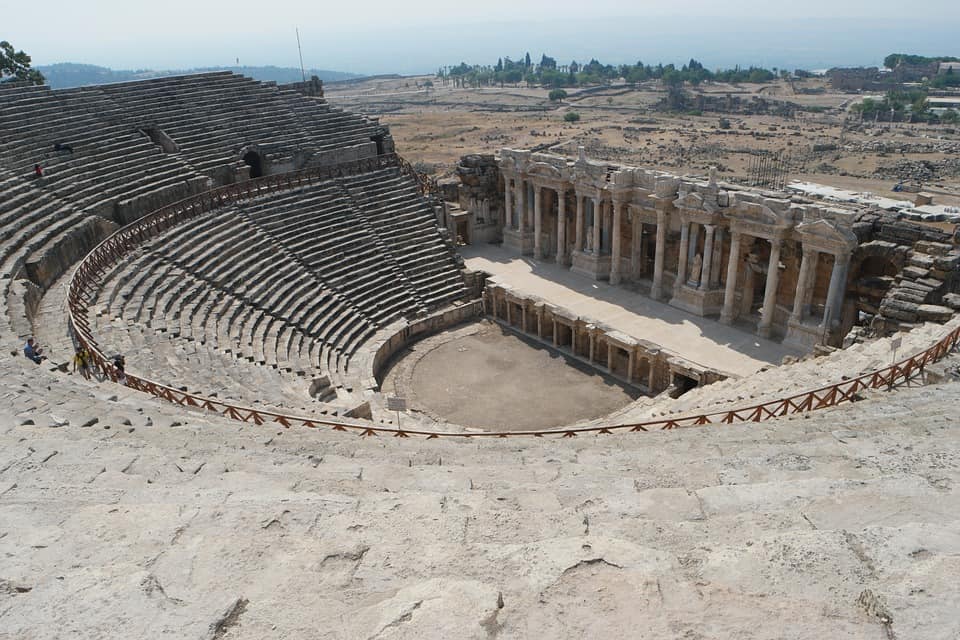 Located above the southwestern part of present-day Turkey is another ancient city, the city of Hierapolis. Like its neighboring cities, tourists are greeted by the ruins of a well-preserved theater, necropolis, and other splendid buildings upon arrival. Travelers, including parents and kids, will enjoy visiting the archaeological museum designated as a UNESCO World Heritage Site. The place, during  ancient times, was also popular for its healing thermal waters or hot spring. In fact, the Romans referred to the place as a health spa. 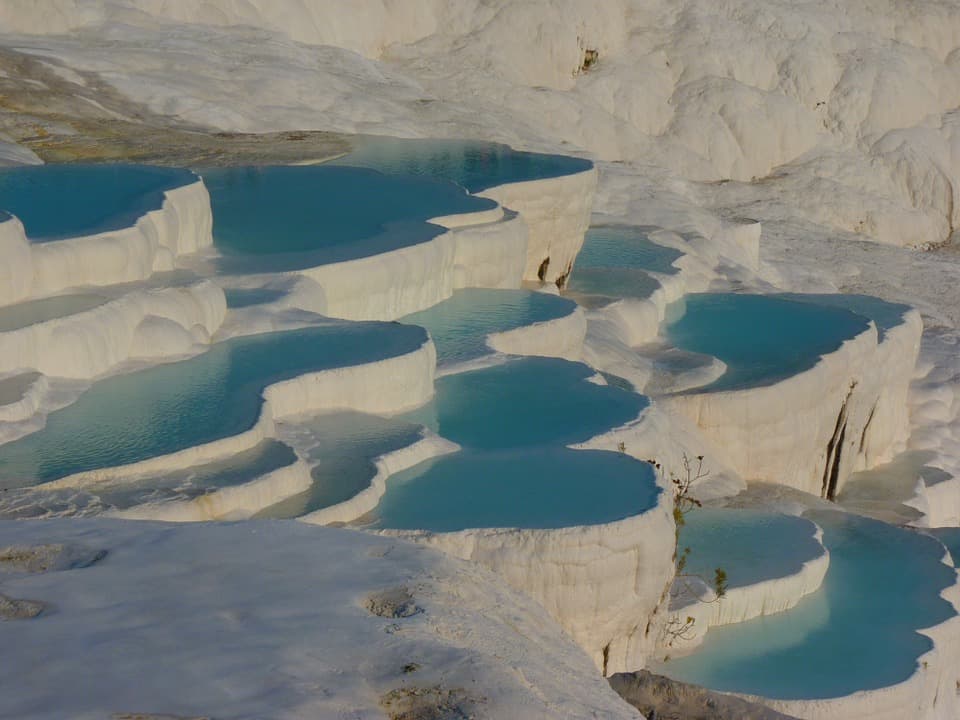 Very close to the ancient city of Hierapolis is the town of Pamukkale that is known for its calcium-rich thermal springs. Dripping slowly onto the white travertine terraces on a nearby hillside, the pools of mineral-rich thermal waters are a true spectacle of nature that attracts millions of tourists from around the globe.  The kids will love the turquoise waters in summer, but will also enjoy the steam that rise from the terraces during winter. 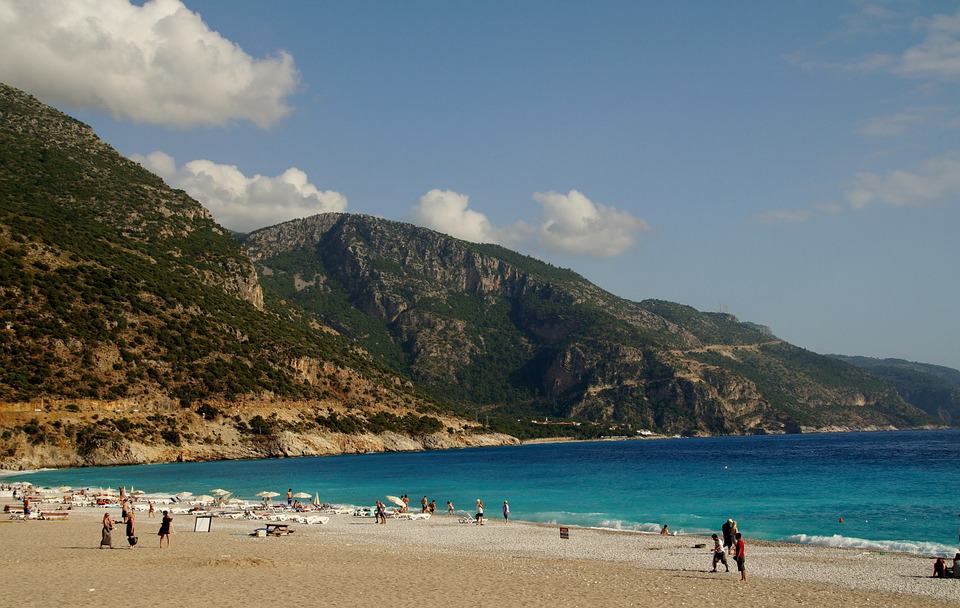 The Mediterranean resort town of Marmaris situated along the Turkish Riviera is another top tourist destination where you can have fun in Turkey with kids. The town offers visitors several attractions including its clear waters ideal for swimming, sailing, and diving. Aside from these activities, the young ones will also be delighted to see the hundreds of boats that rest in the new marina in front of a historical fortress that once protected the Marmaris. A romantic sunset is also best enjoyed through a boat excursion. 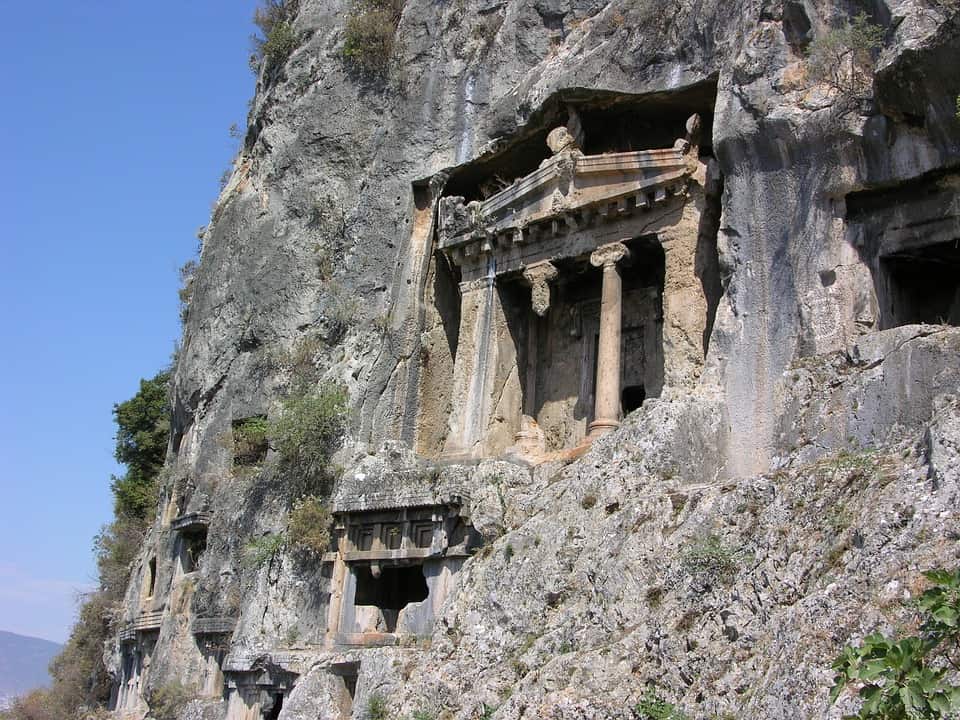 Another popular destination on Turkey’s southwestern Turquoise Coast is the port city of Fethiye. Island hopping and boat trips to nearby shores are among the immensely popular activities among traveling families. Additionally, the town also offers other historical attractions such as the 4th-century B.C. Tomb of Amyntas. If these do not appeal to your kids’ taste, camping, paragliding, and hiking off some beautiful trails might be for them. The beaches along its hidden bays are among the most beautiful in the world, so it is not surprising that they are now Turkey’s most visited destinations. 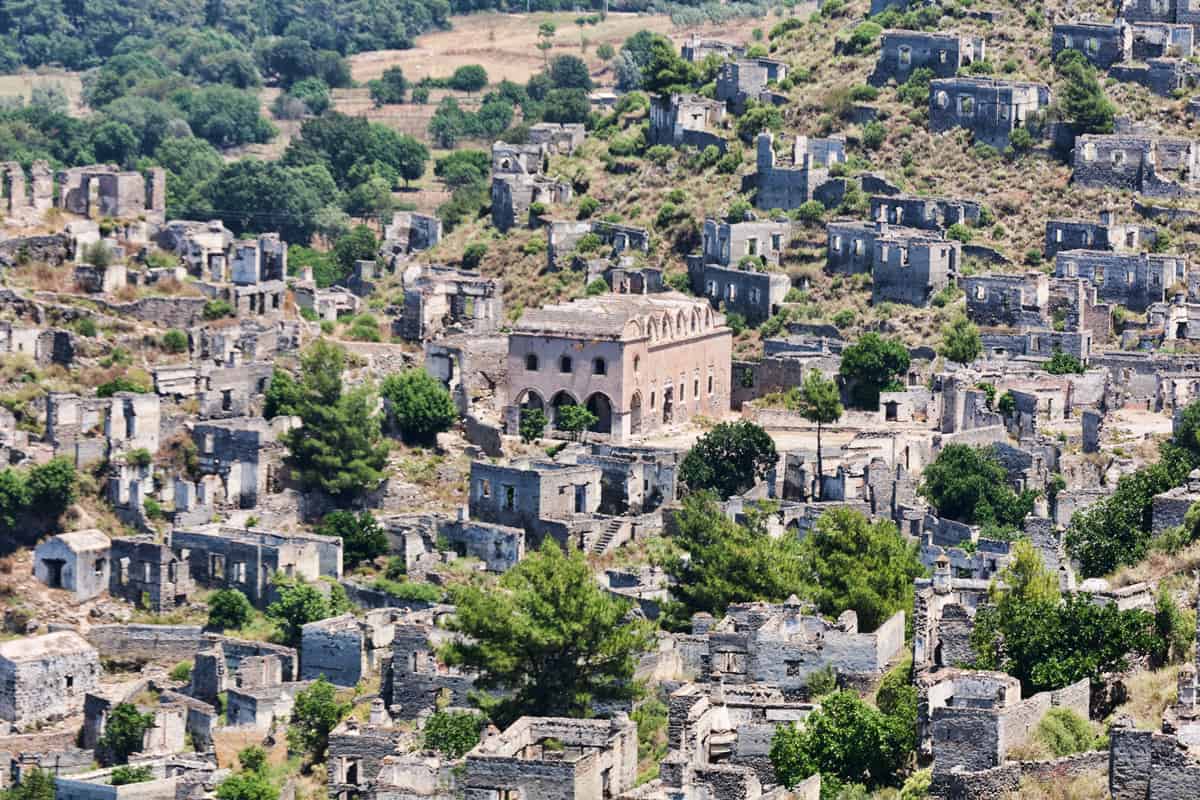 About 4.9 miles (8 kilometers) from Fethiye is Turkey’s “ghost town” of Kayakoy that rests on the rocky valley. Once inhabited by Christians and Muslims who lived together, side-by-side, and harmoniously, it is now home to roughly 3,500 abandoned stone buildings. A treaty prompted the residents of this once beautiful town to leave and find new homes. Today, the entire area serves as a museum village for visiting tourists. 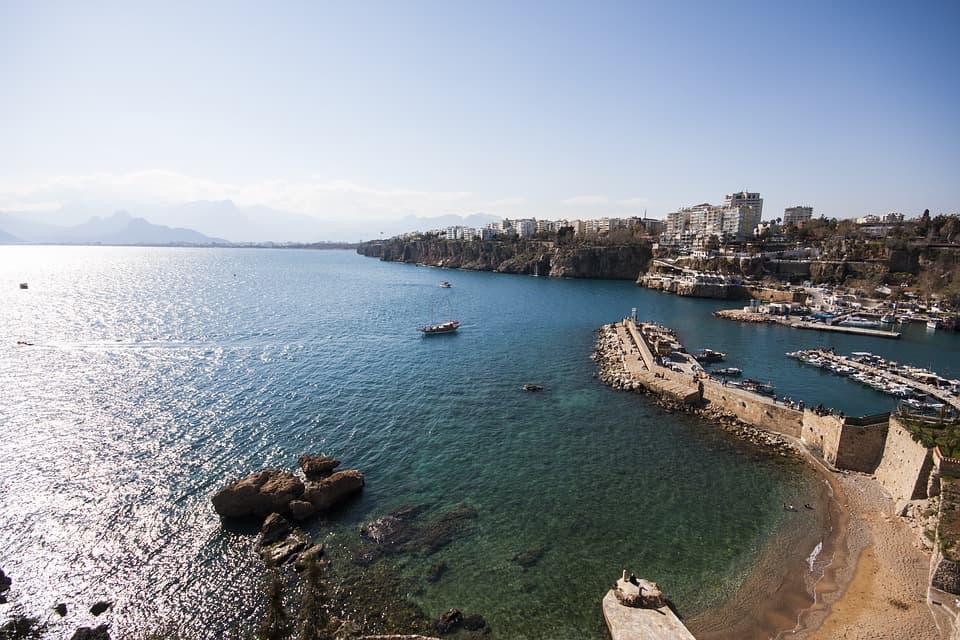 This ancient city of Antalya in the entrance of Turkish Riviera projects an interesting history after it was conquered and governed by different rulers since 158 BC. Today, it is a favorite vacation hotspot of both domestic and international tourists. Tourists from all around the world and kids of all ages are instantly smitten by the ancient walls of the old city upon their arrival.

Cappadocia in Turkey is known as the international capital for hot air balloons that the kids will definitely enjoy. Riding the balloons is the best place to see the mountains at a vantage point like no other. It is also interesting to know that the city’s fascinating landscape was  formed as a result of volcanic eruptions some million years ago. The area is also famous for its cave churches and distinctive “fairy chimneys,” cone-shaped rock formations clustered in Monks Valley.

Kas is another destination that is located on the steep slopes of the Taurus Mountains that extends to the Mediterranean coast. Interestingly, this former fishing village has managed to retain its natural beauty despite the number of tourists visiting it. Its pristine coastline, well-preserved Green Roman theater, and lovely town alleys are some of the things the kids will love here. Boating and swimming are also very popular activities to binge on. 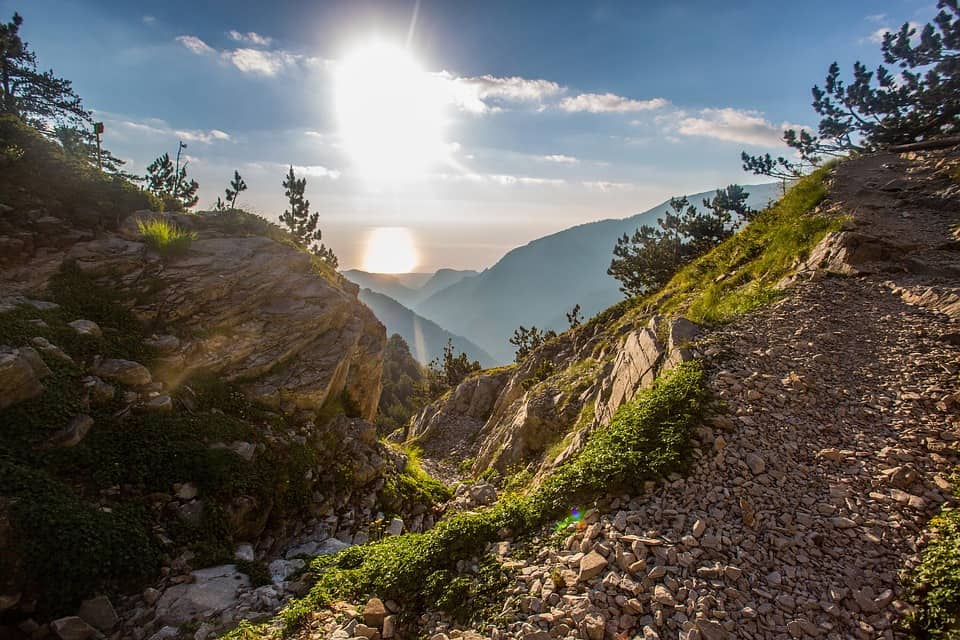 The remains of the harbor town of Olympos, an ancient city in Lycia, is next on our list. The history and glorious past of this historic town is obvious from the ruins of old buildings that are partly overgrown by vegetation. A walk around the area will reveal the ruins of the 3rd century BC town that lies hidden in the forest near the banks of a river.  A huge temple gate will also welcome visitors upon arrival. 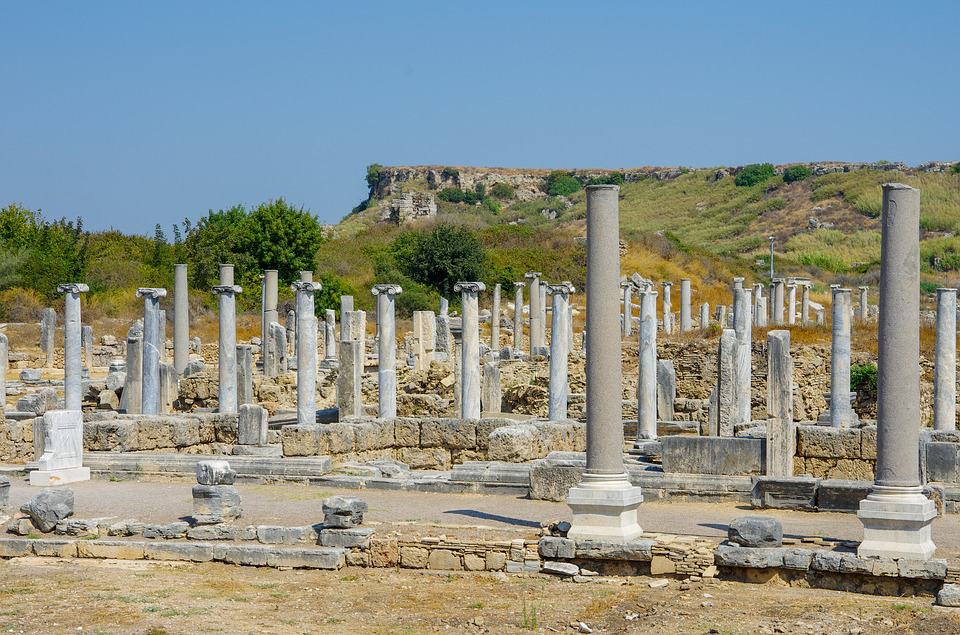 Perge is an ancient Anatolian city in modern-day Turkey. It is visited by tourists for its stone artifacts and ruins that have survived the test of time for hundreds of years. Among the impressive collection of things to see here are the ruins of a stadium, acropolis, thermal baths, and colonnade. The town center has been reconstructed by archeologists to relive the beautifully old days of the city. 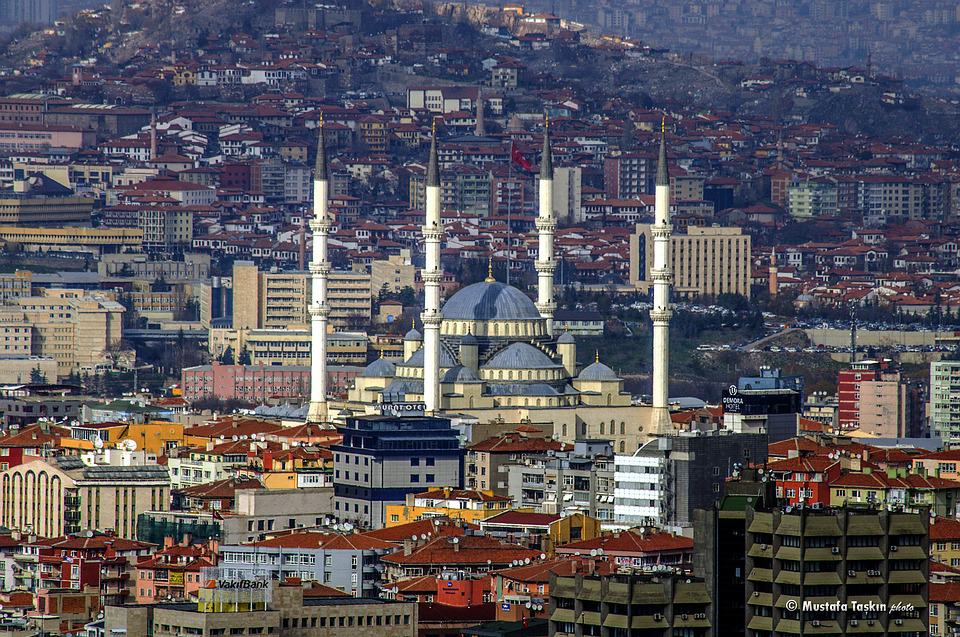 Rounding up this list of places that you can visit in Turkey with kids is the country’s stunning capital city of Ankara. Unlike its neighboring ancient cities, Ankara is one of Turkey’s most modern cities where the kids can enjoy the fun of the metropolis vibe and at the same time fall in love with its charm. Roam around and you will see various attractions. This vibrant city is home to the biggest mosque in Turkey, the Kocatepe Mosque.  It’s also the center for the performing arts, home to the State Opera and Ballet, the Presidential Symphony Orchestra, and several national theater companies. A modern watch tower stands tall overlooking the entire city can also be visited. Another famous area that you can take the kids to is the city’s old town, that is home to Ankara’s oldest settlement area. Close to the old town, you can find an entertainment hub with rides, sports stadium, and an artificial lake where the kids can spend the entire day killing time.