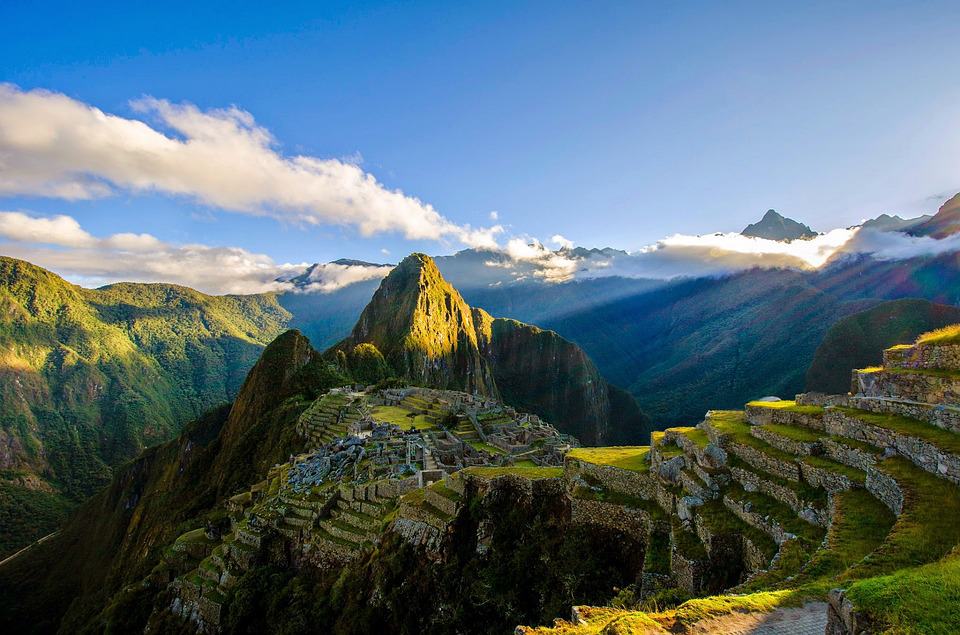 South America is such a diverse continent with a lot to offer. If you haven’t done much research about it and rely only on the information you see in the news and the misconceptions of others who have not been there, you may have thought of it as dangerous. You may ask though, “Is South America safe?”. Well, just like any other continent in the world, South America is not perfect, but this does not mean it is not safe. If you need more reasons to visit, here are the things to do and the safest places to travel in South America:

Machu Picchu in Cusco Region, Peru is the most popular amongst the South America landmarks. This Inca citadel was built in the 15th century but was only brought to the world’s attention in 1911 by the American historian Hiram Bingham. Aside from its historical relevance, Machu Picchu is also famous because of its great infrastructure and the breathtaking landscapes surrounding it. It is a must-see place on your travel bucket list. Machu Picchu became part of UNESCO World Heritage Site in 1983 and was declared as Peruvian Historic Sanctuary in 1981.

Machu Picchu is safe concerning crime rate, but visitors are still advised to be cautious. Also, tourists’ deaths due to altitude sickness and hiking accidents have been reported, so make sure you are physically fit before barking on an adventure. These instances are amongst the reasons why you should get a travel insurance that covers medical emergencies. There have also been incidents of flooding so make sure to check local weather forecasts before going. Here are the contact numbers you might want to take note of when visiting Machu Picchu: Cusco Región: (084) 242-611, Comisaria de Cusco: (084) 249-654, Turismo: (084) 235-123, Police Department: 084231788.

With over two million visitors per year, Rio de Janeiro is indeed Brazil’s tourism gem. This Cidade Maravilhosa (Marvelous City) is popular amongst tourists because of its white-sand beaches, green mountains, and lush rainforests. If you are looking for a relaxing time at the beach during the day and a lively nightlife, this is a great place for you. City tours are also popular because of the famous landmarks in the area such as the Christ the Redeemer, Tijuca National Park, and Jardim Botanico to name a few. 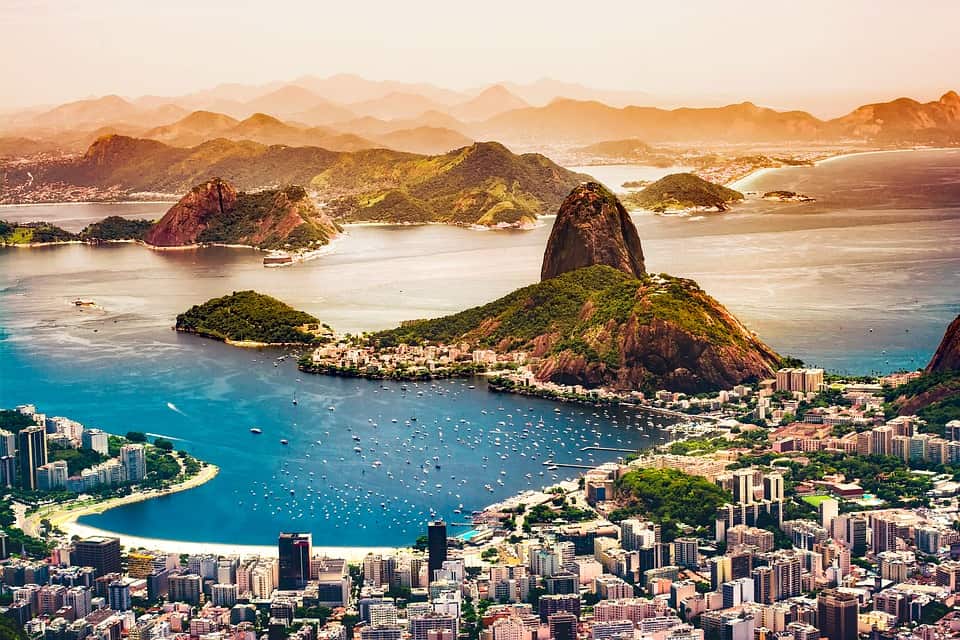 Brazil being the biggest country in South America, you might not be able to help but wonder if Rio de Janeiro is safe. While it is deemed as safe, it is still important to be careful. Make sure to watch over your valuables especially in public places. Also, accepting drinks from strangers is strongly discouraged. Here are the important numbers to take note for emergencies: Medical Emergency (ambulância) Tel: 192; Fire Service (Corpo de Bombeiros) Tel: 193; Military Police of Rio de Janeiro (Polícia Militar do Estado de Rio de Janeiro) Tel: 190.

Santiago is the capital and the largest city in Chile. It is also one of the largest cities in South America. Santiago is known for dramatic vistas in all angles. The town has towering skyscrapers, striking colonial architecture, and magnificent snow-covered slopes. 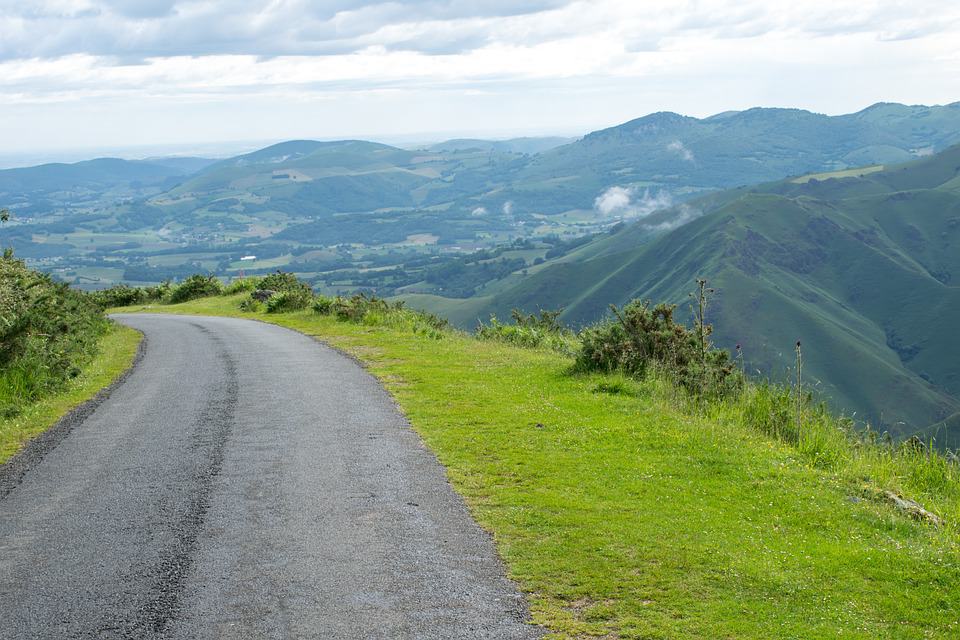 Taking a trip to Santiago means having the chance to roam around its winding side-streets, seeing its 19th-century neoclassical architecture, visiting Parque Forestal and Mapocho River, and even taking a day hike to Andes Mountains. If you are a wine enthusiast, vineyards can also be found in the outskirts of the city. Chile’s security has been assessed as moderately safe with comparatively less violent crime than other countries in South America.

When checking for things to do in South America, always make sure to consider Buenos Aires. Buenos Aires is the capital and the largest city in Argentina. It has ranked as 91st in the world for quality of life. The city is rich in culture, literature, architecture, arts, and music. It has been dubbed as the Paris of South America.

The top places to visit in the city include National Museum of Fine Arts, Rose Garden Walk, Palermo, Fair of the Mataderos, Museum of Latin American Art of Buenos Aires, and Plaza de Mayo among others. Buenos Aires is a safe city for tourists, but do not let your guard down still. Here are the important phone numbers to take note of for your trip to this colorful city in South America: Police: 911, Tourist Police (Comisaría del Turista) Switchboard: 4346-5748, Ambulance Service: Vittal: 0810-333-8888/4-000-8888 /4805-4545.

A trip to South America means having endless options beautiful beaches, but if you are looking for some serious island vibes that are both safe and beautiful, Galapagos Islands in Ecuador is a must-visit. Here you will have the chance to see some endemic species that were also studied by Charles Darwin for his theory of evolution. Galapagos Islands are made up of 18 main islands and 4 minor islands. 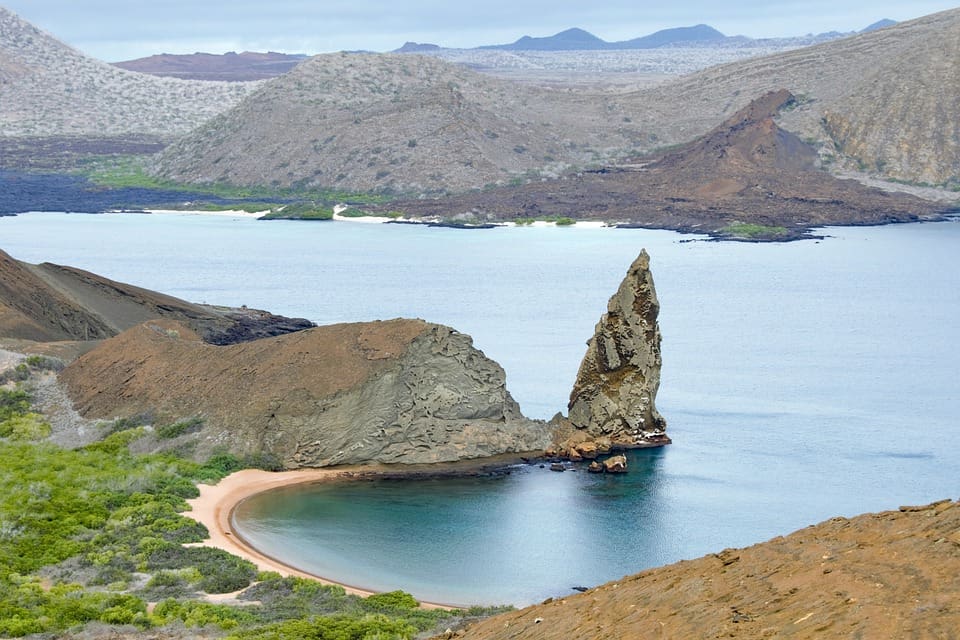 The primary language in this island is Spanish, but English is also widely spoken so you won’t have a problem getting around. Bartolome Island and Baltra Island are among the most popular and must-see. Also worth adding to your itinerary is the Charles Darwin Research Station. Recent tourists can vouch of the safety of the Galapagos Islands regarding local crimes, but you may also want to take note of the following emergency numbers: 1-800-DELITO (1-800-335-486)).

La Paz was named as one of the New 7 Wonder Cities in May 2015. It holds a cultural significance in Bolivia and has been frequented by tourists for the many years. Get a guided walking tour if you are visiting the city for the first time. You would get to explore great architectural marvels, local markets, and even see art shows or street parties. 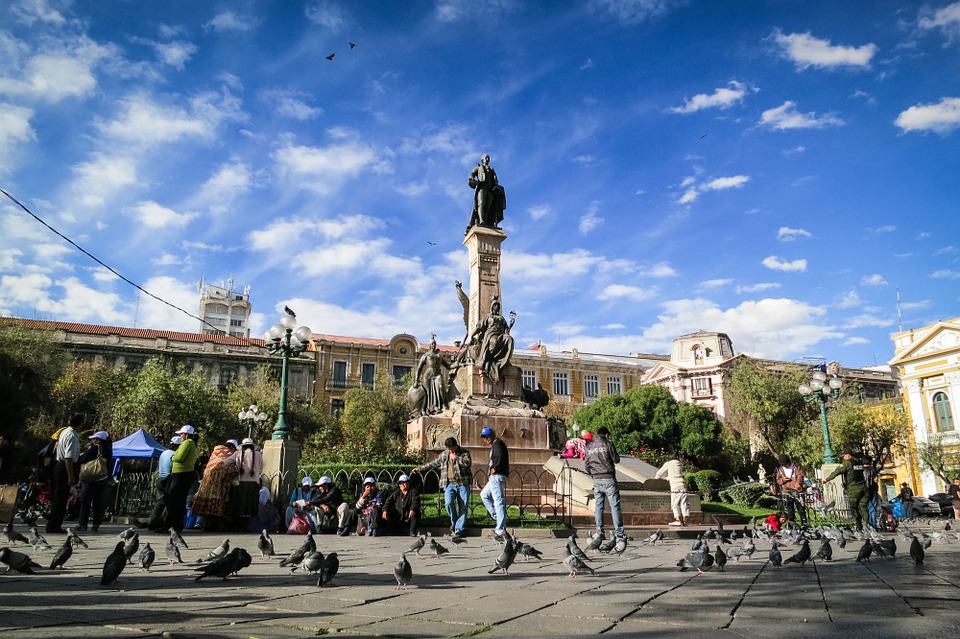 La Paz is also famous among professional cyclists. Bolivia’s Death Road is for thrill seekers and adrenaline junkies. During wintertime, you can also experience riding the highest ski slope in the world along the mountains surrounding La Paz. While La Paz is safe, there have been reports about pickpocketing, purse snatching, and theft of jewelry of mobile phones especially amongst tourists, so make sure not to flash your valuables when out and about in public places.

If you are a fan or would want to experience staying in an oasis, Huacachina is a must-visit for you. It is one of the safest places to see in South America and one of the most beautiful villages in Peru. This village is built around a small natural lake which legend said to be a home of the mermaids. If you are an iPhone fan, you may have seen a photo of Huacachina in the Apple’s iPhone X launch video. Locals and tourists have been coming here for the family-friendly resorts. 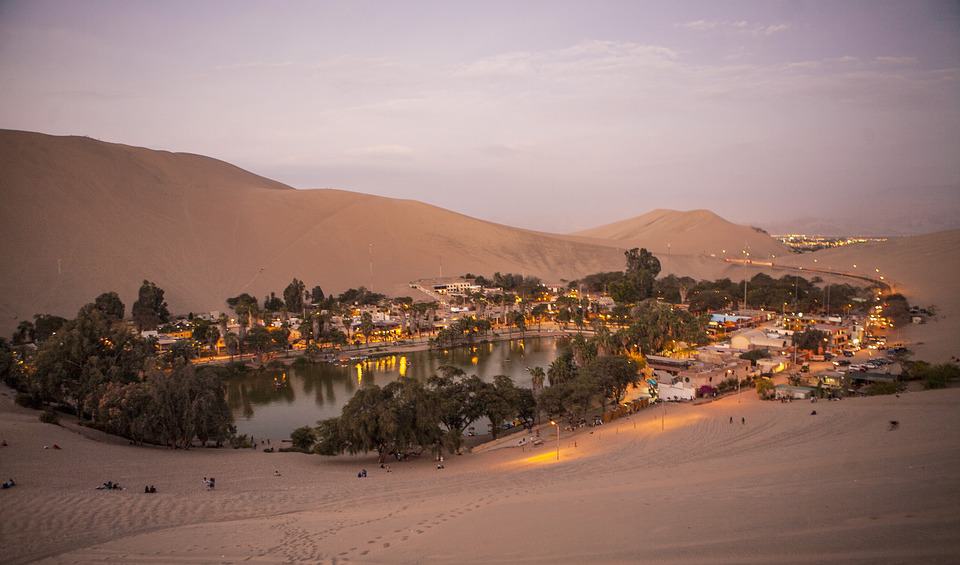 This beautiful oasis is located an hour away from the Pacific Ocean. Since it is surrounded by dunes, among the most popular activities here, includes boarding and dune buggy rides which is locally known as areneros. Local legends also say that the water and mud in the area are both therapeutic. People who come here often bathe in the water and cover themselves with mud which is believed to cure arthritis, rheumatism, asthma, and bronchitis. This belief aided to the increase of visitors yearly in Huacachina.

Asuncion is the capital as well as the largest city of Paraguay. Seeing foreign visitors here on a daily basis is a common sight since the city has been dubbed as one of the cheapest cities in the world for foreign visitors. It is also one of the oldest cities in South America. Asuncion has a lot to offer regarding culture, recreation, and architecture. If you are a football fan, you’d be excited to know that the headquarters of CONMEBOL, one of FIFA’s six continental confederations, is located near the Asuncion area. Most of the best places to see in the city can be explored by foot unless you are on a limited time. 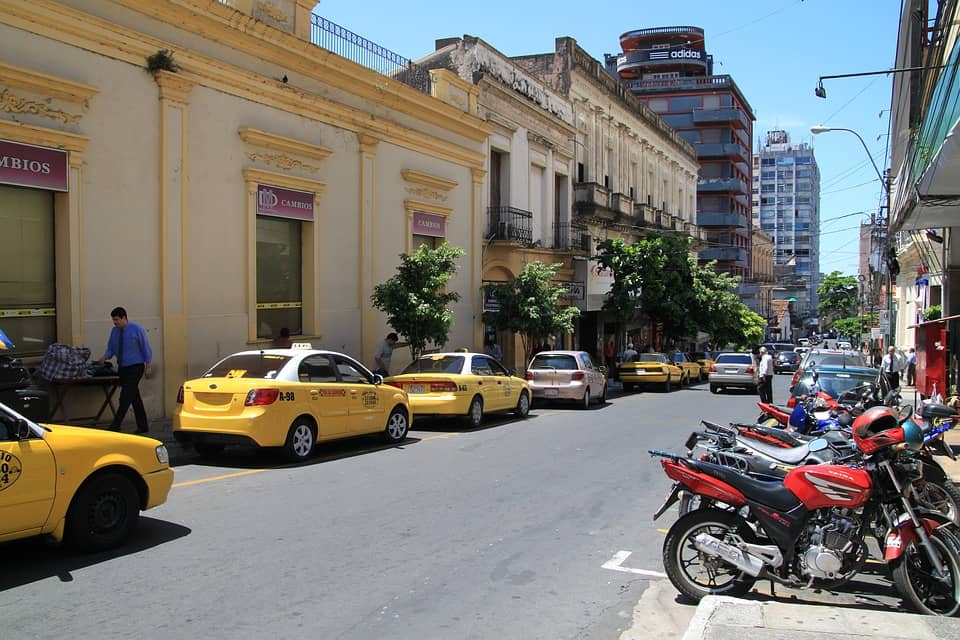 While in the city, don’t miss checking out Godoy Museum and the Museo Nacional de Bellas Artes and spend the day appreciating the nation’s art displays which included paintings from the 19th century. Asuncion also has a magnificent architecture that is shown by their churches and cathedrals. Make sure to check out the Church of La Encarnacion, the Metropolitan Cathedral, as well as the National Pantheon of the Heroes. Symphony orchestras, ballets, opera, and theater are also some of the best attractions in the city.

Paraguay is one of the safest countries in South America, but you are still advised to take extra precaution when visiting Asuncion. Crimes such as mugging usually occur at night. If you are on a night out, it is best to go out in a group. Here are some of the important numbers to take note of in case of emergencies when visiting Asuncion: Emergency Police: 911; Medical Emergency: +595 (21) 204-800; and Police Headquarters: +595 (21) 445-858.

Los Roques archipelago is a federal dependency of Venezuela. It is made up of about 350 islands, cays, and islets. Development and tourism in Los Roques are controlled which is why the place stayed pristine and beautiful. If you are in a mood for a beach therapy and some vitamin sea, this is the best vacation destination for you in South America. Los Roques is home to a wide variety of seabirds and abundant marine life which led for it to be declared as a National Park in the early 70s. Snorkeling and diving are favorite activities here, so do not forget to pack your gears. 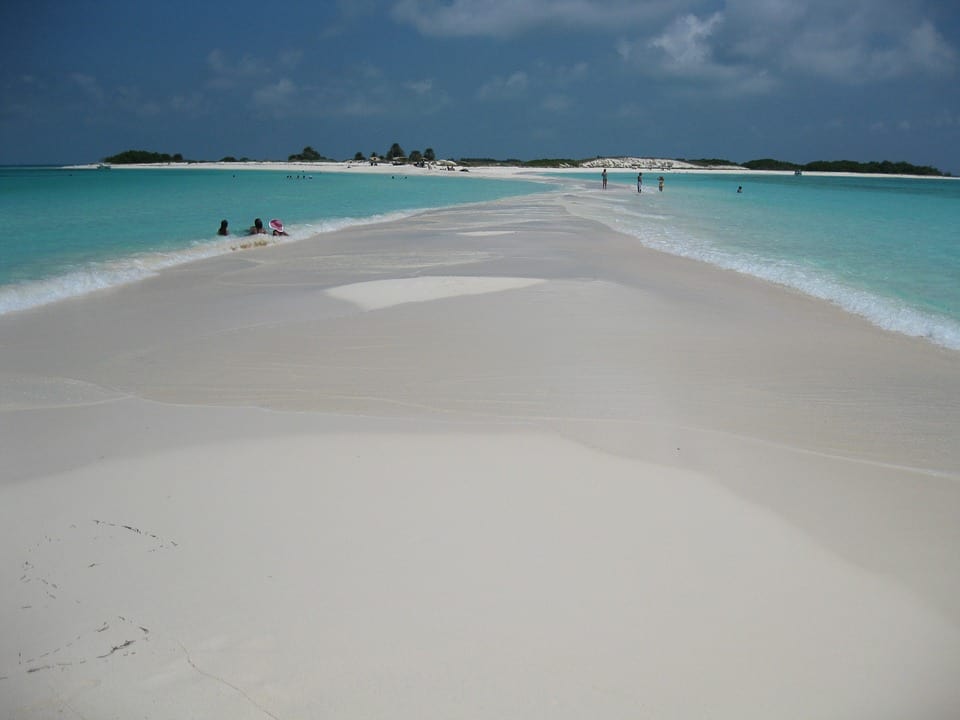 You would also see private yachts docked. Most of these are wealthy visitors who sailed all the way from Europe to relax and enjoy the beauty of the islands of Los Roques. Los Roques is also just 80 miles away from Caracas which majority of the island’s visitors are usually from. Although Venezuela remains as one of the world’s most dangerous countries as of 2017 survey, Los Roques remain safe. This may be because the archipelago is sparsely populated with only about 1,500 permanent inhabitants.  Even so, 70,000 visitors visited this archipelago in 2017. Here are some of the important phone numbers to take note of during your visit to Venezuela: local police at 911 or 0800-POLINAC (7654622); Aeroambulancias Silva: +58 (212) 953-1195.

Known as Cartagena de Indias in the colonial era, Cartagena is a major port city located in the northern coast of Colombia. In the present days, it is frequented by tourists due to its quaint little town vibes. Here, you will find narrow cobbled streets, bright and colorful architecture, grand cathedrals, and even horse-drawn carriages. You can explore the city by foot or hail one of the horse-drawn carriages. Here are the best sites in Cartagena that you should not miss during your visit: The Walled City of Cartagena, Teatro Heredia, Cartagena Gold Museum, Las Bovedas, Clock Tower, and many more. 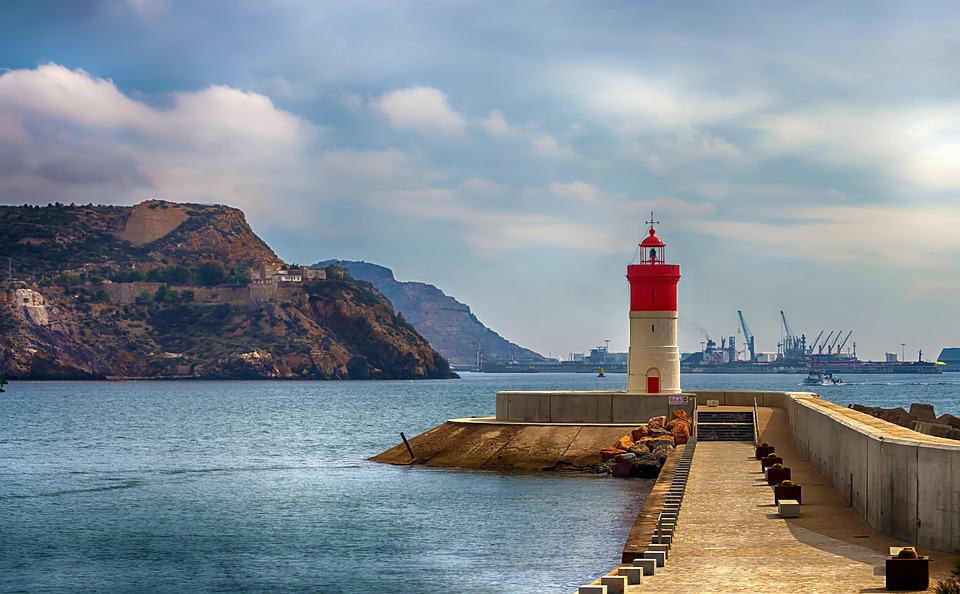 Landmarks in Cartagena has been declared as a UNESCO World Heritage site including the port, the fortresses, and a group of monuments. Festivities happen in the city all year long. If you visit January, you will get to witness the Catargena International Music Festival while June and July would bring you Festival de Verano (Summer Festival). Although Colombia has been dubbed as Level 2 in crime rate which means everyone is advised to exercise increased caution, Cartagena remains safe to both locals and tourists. But even so, when traveling anywhere you haven’t been to before, being careful is always advised. The emergency number for most of Colombia, including Cartagena, is 123. These are the phone numbers of the country’s Global Response Center: +1-877-710-4082 or +1-240-330-1523.

2 thoughts on “Safest Places to Travel in South America”