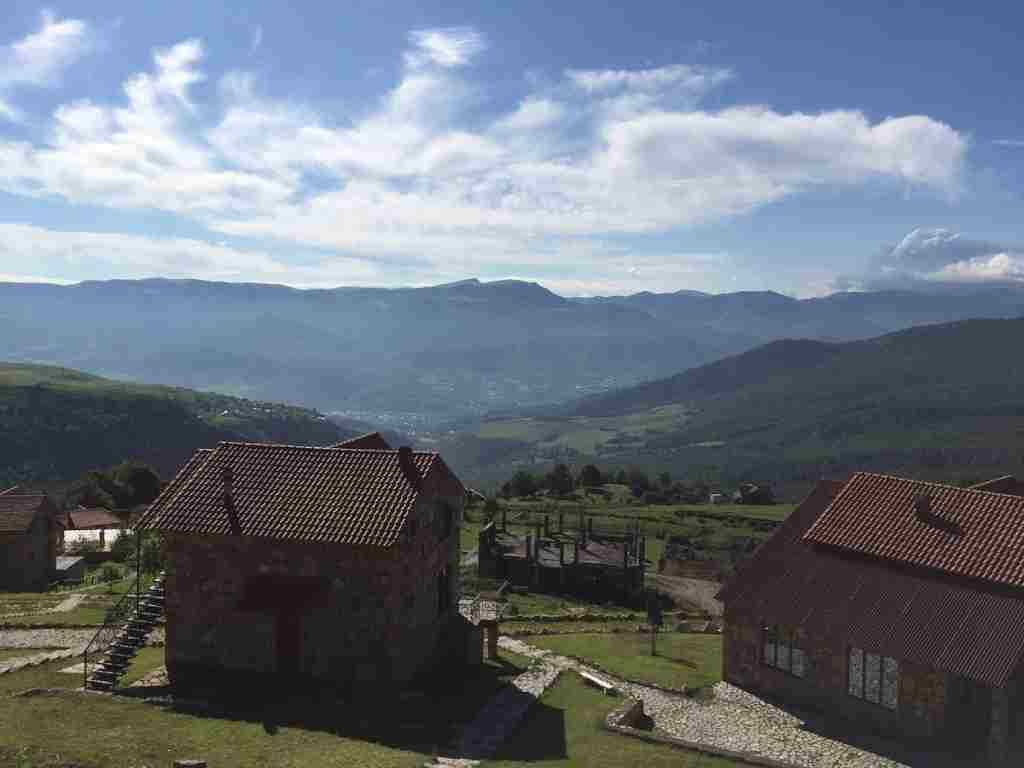 One of the most interesting and mysterious places in Asia is without a doubt, the Caucasus Mountains.

Located in the western part of Asia and bordering Europe, this is one region that has been overlooked by travelers for a very long time.

For travelers who may be heading out to this unique pocket in the Caucasus, you are sure to find the place to be quite a destination.

With plenty of things to do and check out, rest assured that you’ll be spoiled for choice. Given in the list are seven amazing things to look forward to doing, when you arrive in Armenia.

If there is one hallmark of this interesting country, it would be the Caucasus Mountains.

Shared with other countries in the region such as Russia, Georgia and Azerbaijan, the Caucasus mountains is one of the only major mountain ranges in this part of the world, and renowned for their snowy peaks, verdant forests and natural beauty.

And interestingly enough, the country is fairly close to the tallest peak in the region, the Elbrus, which by the way, is located in the border area of Russia.

2. Spend a Day in Yerevan

The capital city of Armenia, Yerevan is a place that is rooted in history and culture, and one of the major urban centers in the region. 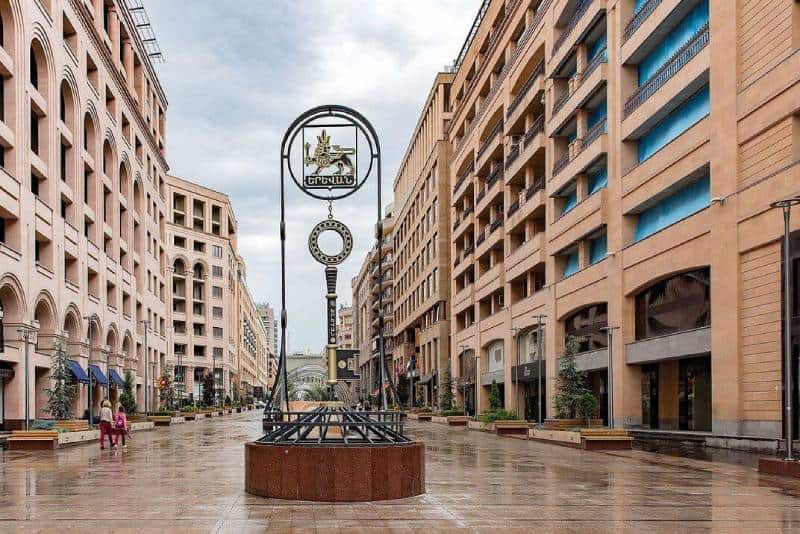 From historical streets and neighborhoods to modern skyscrapers, the capital city has something for everyone when they arrive in Armenia.

All countries have their own important pilgrimage sites.

In the case of Armenia, it would be the Khor Virap Monastery. One of the most visited monasteries in the region, the Khor Virap means ‘Deep Dungeon’, and held the saint Grigor Lusavorich in it for 13 years. 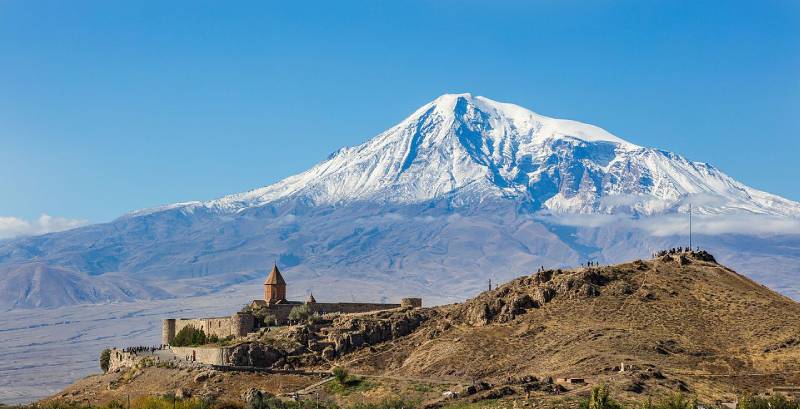 Also known as ‘The Illuminator’, Grigor Lusavorich is known to have made Armenia a Christian country.

This is one of the more unusual attractions that you can check out while in Armenia.

At face value, the place would seem like any other historical culture, complete with ancient architectural designs and concepts. 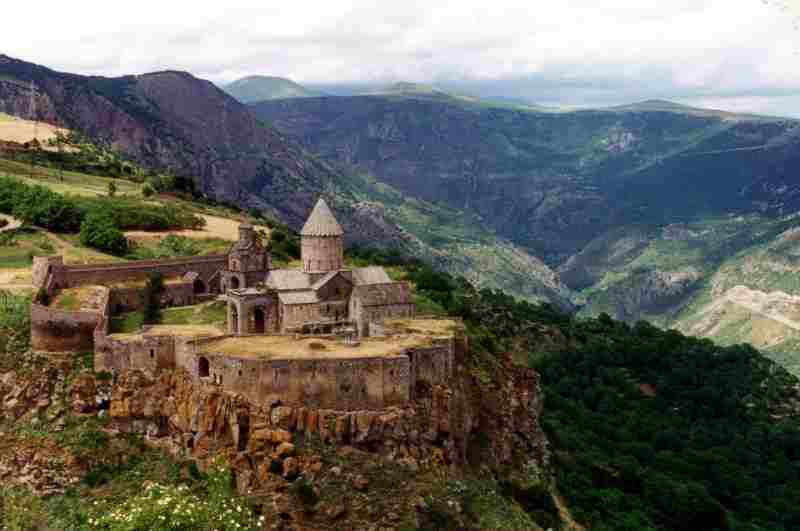 But in addition to being a place of worship, it would be interesting to know that the place also served as a place of learning, philosophy and science. The monastery is especially known for its ‘Gavazan Column’, which was used to measure earthquakes before the first seismographs were invented. By measuring the ‘tilt’ of this column, the people were able to measure the intensity of the earthquake, just like we do today.

There are many amazing waterfalls on the planet.

But one of the most unusual would be the Shaki Waterfalls in Armenia.

At face value, the waterfalls is just like any other in the world, complete with flowing water cascades, rocks, greenery and more. And indeed, the waterfalls are very much like the ones that you may find anywhere else. 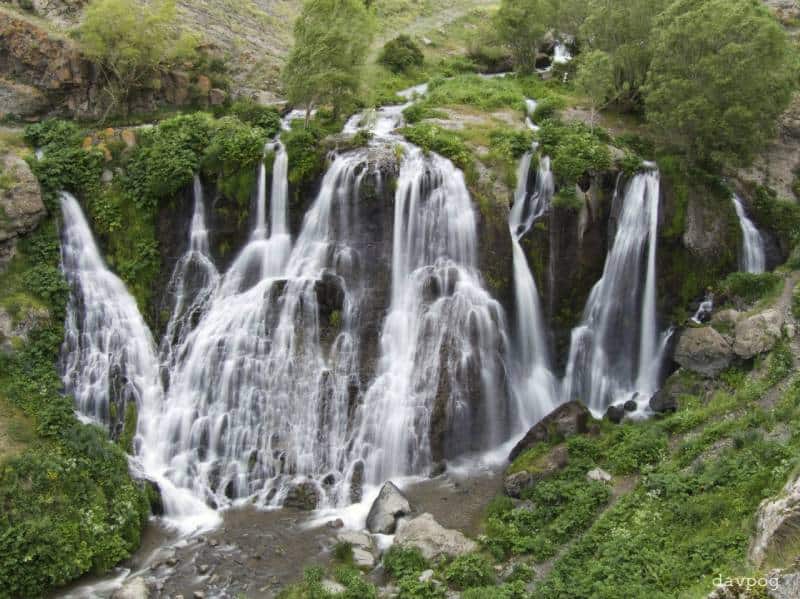 What makes it interesting is the way it works. A while ago, a project for producing electricity led water to be diverted from the falls, causing it to dry up. Due to an outcry and various disagreements, an consensus was reached to let the the water flow into the falls for a part of the day, while it is diverted to the power project during the rest.

This is one of the most important observatories in Armenia, and was built during the Soviet era.

Known for its powerful telescopes, the observatory is one of the premier research centers for space related subjects in the country. 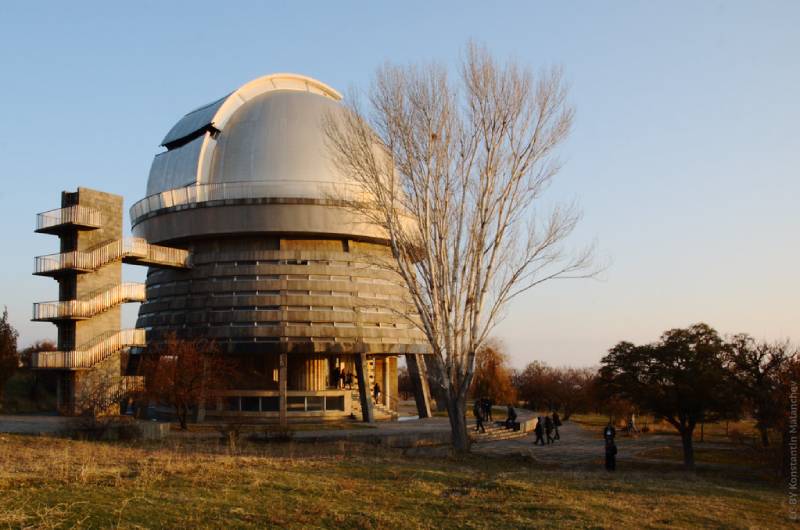 Located in a quiet country side, the observatory is surrounded by an abundance of greenery and stunning views of the distant landscapes.

There are guided tours of the laboratory, and in the near future may allow visitors to use its telescopes as well.

7. Dig into Armenian Food throughout Your Trip

What better way to experience the local culture than to eat what the locals eat?

If there is one thing that is interesting about food, it is that it is a mix of the many cultures that existed in the region, with the European influence from the north and the Arabic and Turkish influence from the South and other surrounding areas. 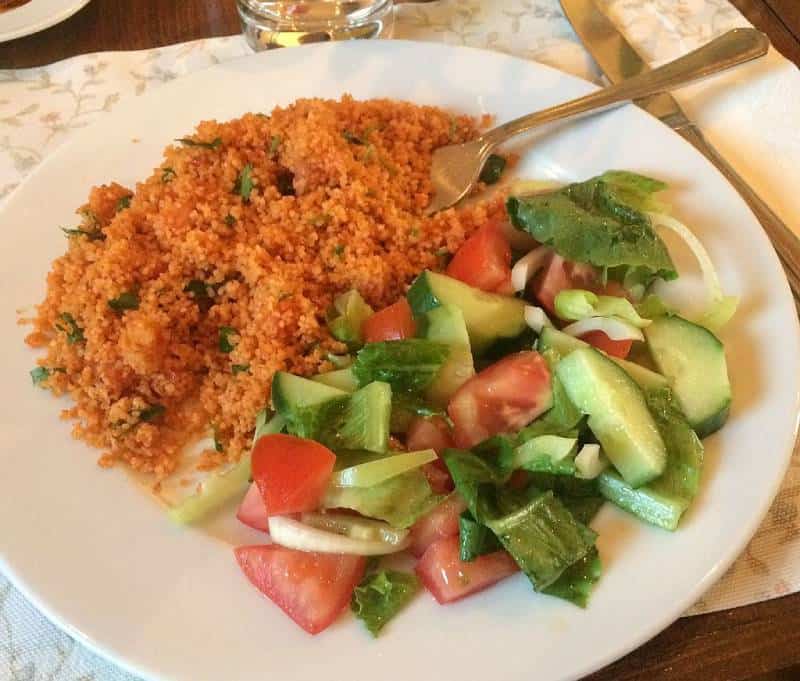 This has made the country rife with dishes that have their origins in both local preparations, as well as adaptations from Europe, Turkic regions and the Middle-east.

Last but not the least, it should be added that Armenia is one of several amazing destinations, all of which are unique in their own way.

These places include, Georgia, Azerbaijan and a few other regions in surrounding countries.

Do make sure to check out these places as well, as they are just as fascinating as Armenia.