Madrid is the beautiful central capital of Spain. Just like Barcelona, this city is famous its museums, parks, local cuisine, arts, and music to name a few. If you have been following the Netflix trend lately, Madrid maybe constantly in your radar recently because of the series “Money Heist” or “La Casa de papel” (as it was originally called in its first release in Spain).

Madrid definitely is one of the top city destinations in Spain and in Europe in general. While it is fun seeing places and doing activities that the whole family could bond over, there are just things that would be even cooler if there are only adults around. Of course if you have to have kids, we do have a list of the top places to visit with kids in Spain.

Here are the best things to do in Madrid at night without kids:

1) Go on a museum tour at Reina Sofia Museum

Pretty sure you have visited museums before, but have you tried visiting one at night? Museo Nacional Centro de Arte Reina Sofia (MNCARS) or simply Reina Sofia Museum was inaugurated in September 1992 in honor of Queen Sofia is one of the most beautiful and frequently visited sites in Spain. You can find it right after hopping off in the Atocha metro stations.

The museum caters mainly to Spanish art although there are international sections, too. The priced arts in Reina Sofia Museum include works of Spanish artists Pablo Picasso and Salvador Dali. Picasso’s painting called “Guernica” is displayed here.

One of the best things to do in Madrid at night is to be in Reina Sofia Museum between the hours of 7PM to 9PM. There will be fewer tourists and the admission fee would be free- you will be hitting two birds with one stone.

Another cool thing to do in Madrid is to spend a night in Gran Via and have an authentic Madrid nightlife. You probably have seen this street in Spanish postcards because Gran Via is Madrid’s liveliest street after the sun sets. There are thousands of shops, cafes, restaurants, bars, and grand old architecture buildings.

Spanish people are known for having late dinners. Dinnertime is around 9PM to 11PM. While waiting for your dinner reservations, one of the cool things to do in Madrid at night is to spend the early part of your evening shopping in Gran Via. Brands like Bershka, H&M, Oysho, and of course Zara have big stores in this street. The world’s biggest Zara store is also in Madrid.

3) Have a foodie tour at Mercado de San Miguel

One of the best things to do in Madrid at night without kids is to go on a foodie tour at Mercado de San Miguel. This is not your typical grocery market because in here you will find over thirty vendors selling gourmet

tapas, baked goods, hams, fruits, and so much more. This is a great place for tapas and wine trip in Madrid.

Churro is a traditional food in Spain and a must-try when you are in Madrid. While it is normally eaten for breakfast, you can also have it for snacks or just any time of the day. Ordering churros from Chocolateria San Gines is one of the best things to do in Madrid. Their best selection of dips include champurrado, hot chocolate, cafe con leche, and dulche de leche.

What is the coolest thing to do in Madrid at night without kids other than enrolling into a flamenco dance? Sure you can spend the night just watching a performance of one, but it would be even more fun to be able to learn the dance. 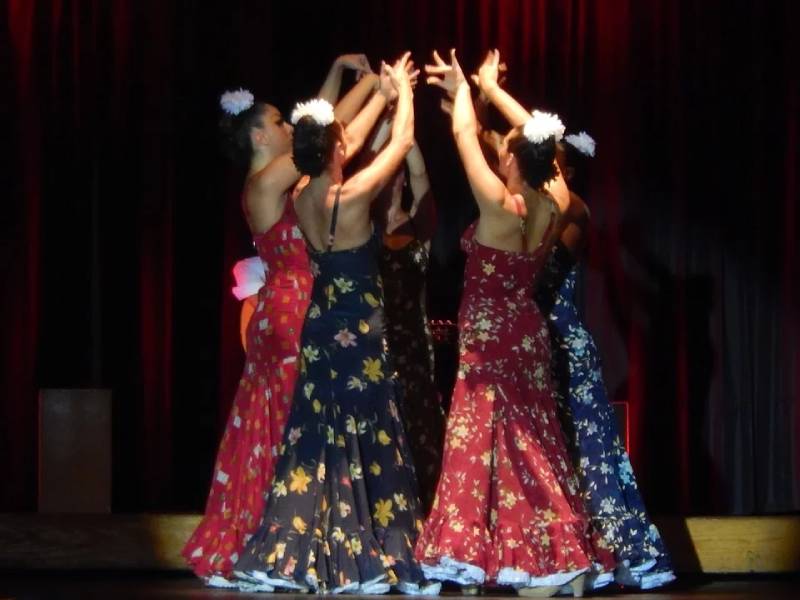 Flamenco is a great art form and has been declared by UNESCO as one of the Masterpiece of the Oral and Intangible Heritage of Humanity. With an hour of the lesson, you would be able to bust some moves and dance the night away.

Taking a stroll at Calle de Alcala or Alcala Street is one of the best things to do in Madrid at night. You will find street performances of musicians, actors, and displays of arts and crafts sometimes. It’s a great place to feel the Madrid vibe and meet new friends.

7) Go on a nightclub

If you don’t have kids in tow, going clubbing on a night in Madrid makes perfect sense. Madrid’s nightclub scene is legendary. 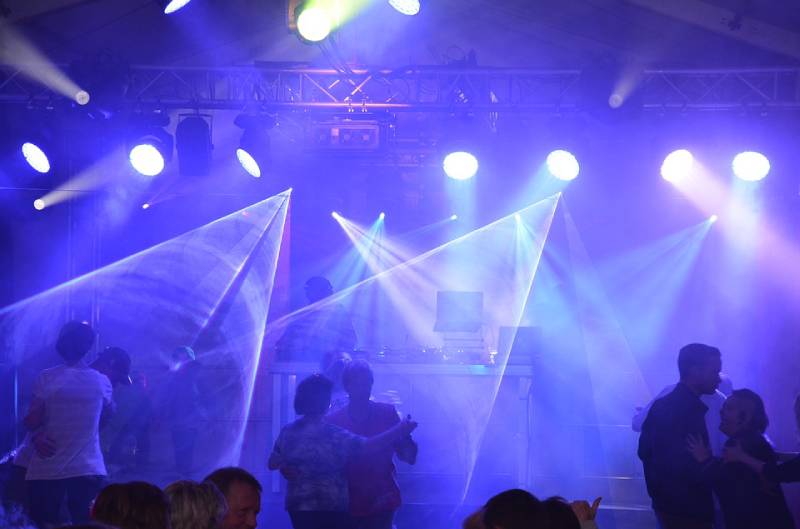 If you only have a limited time, the best clubs to check out first are Joy Eslava, Kapital, Opium Club, and Cafe Central. You will find a lot of tourists in these clubs, too.

8) Watch the sunset and sip cocktails at a rooftop bar

Happy hour is cocktail hour. Madrid is known for its rooftop bars. Just before sundown, head over to a rooftop bar and revere at the golden Spain sunset with your favourite drink in hand. The highly recommended rooftop bars in the city are The Penthouse, Bar Terraza Roof Top, and La Azotea Rooftop Terrace.

If you don’t have any idea yet, a pub crawl is hopping from one pub or bar to another in one single night. This is widely popular in the night scene culture in almost all countries and big cities. This is a great way to meet new friends, have fun, and get a lot of drinks without breaking the bank. 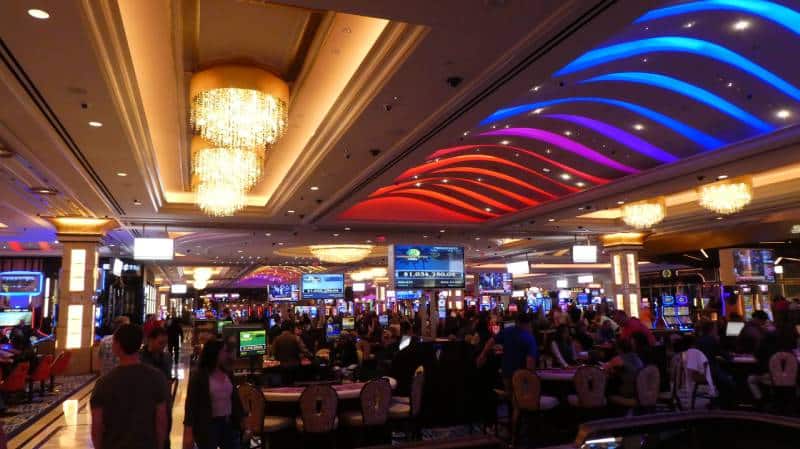 This is also one of the coolest things to do in Madrid at night. Pub crawls are usually organised and guided which saves you a lot of time and gives you a lot of assurance that you won’t get lost bar hopping. The ticket usually comes with at least one complimentary drink in every bar. This is a popular activity amongst younger crowds.

10) Have a picnic at El Retiro Park

If the nightclub scene is not your thing, having a picnic at El Retiro park is one of the things to do in Madrid at night. This is a huge park that covers over 125 hectares. You can pack some snacks and drinks and lay on the grass or sit on a bench. The park has an artificial lake where you can rent a boat.

This is also a great place to stroll, go for a job, or rent a bike. Locals frequent this park especially during summertime. There are lots of fountains and interesting sculptures here, too. The park usually closes at midnight.

11) Sign up for a Segway tour around the city

Hate walking but still would want to explore the city at night? Joining a Segway tour is the best activity for you. The tour is guided by a local and usually last for an hour to an hour and thirty minutes. 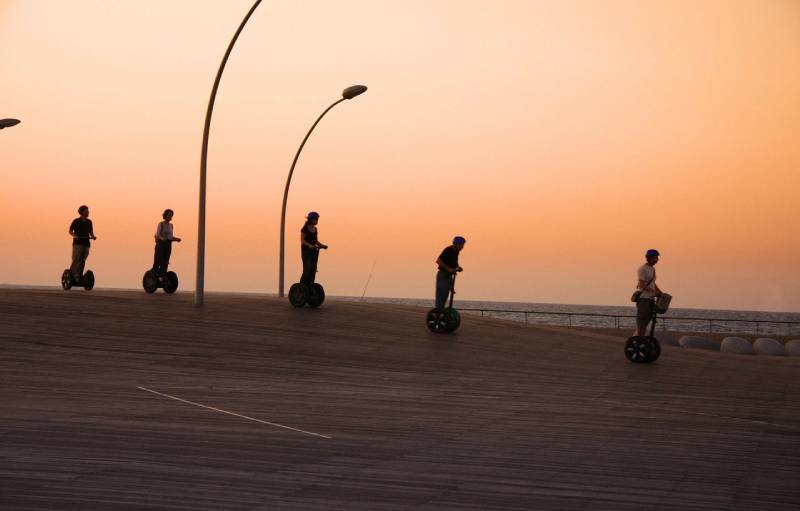 The route usually covers historic neighbourhoods in the city such as that of Hapsburg Madrid de los Austrias. Seeing the city after dark on a self-balancing Segway is one of the coolest things to do in Madrid at night.

12) Get on thrill rides at Park Warner Madrid

Theme parks are not only for kids. One of the perks about visiting a theme park without kids is you can get on any rides you like. Park Warner Madrid is open up until 12AM in most months. There are roller coasters and other water park rides although the water park is only open up until 8PM.

13) Catch a concert at the Madrid National Auditorium

The city is known for its concerts. The best place to watch the best music concerts would be at Madrid National Auditorium.

This is a place you should not miss especially if you are a fan of classical music.

The museum is only open up until 8PM, so it would be best to come here before dinner. The museum was opened to the public in 1992 and it houses the art collections of Baron Hans Heinrich Thyssen-Bornemisza.

Madrid is a great foodie destination. One of the best things to do in Madrid, Spain at night is to make dinner reservations at Diver-XO which is a Michelin-starred restaurant.

After doing all touristy activities all day, you deserve a delicious and authentic Spanish meal. It may not come cheap, but the food is worth it.

If you will visit the other museums recommended in this list, you will complete the Golden Triangle of Art and that is one of the top things to do in Madrid. Prado Museum has over 5,000 art collections from both Spanish and international artists. There are Spanish paintings that are dated as early as the 12th century. You can join a guided tour or opt for an audio tour. You can also just wander by yourself.

17) Take photos at the Royal Palace and Gardens

Even if you won’t get to go inside, visiting the Royal Palace is a great way to appreciate Spanish history and architecture. This is also a good background for your vacation postcard or Instagram travel selfies. 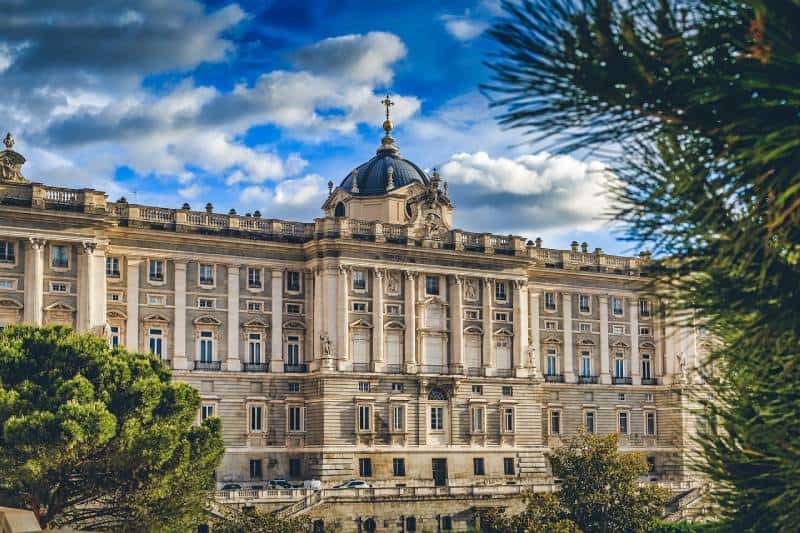 The Neoclassical facade features are a must-see for architecture lovers. Coming to the Royal Palace at night is one of the cool things to do in Madrid at night.