They say that Prague, the Czech Republic, is the most beautiful in autumn. I have been there in early summer, when Prague weather is usually very pleasant, and I can say that it was nice to see the city’s parks and the riverbanks just then. The Czech capital boasts expansive parks near the city center and beautiful architecture. Also, many tourist points of interest are clustered within a small area. Although my stay was brief, it was quite sufficient for me to comprehend the greatness of Prague. Finally, the fact that Hitler forbade the German forces to harm the city means something, right?

It was easy for me to figure out what to do in Prague after a short walking tour in and around the city core. Had I had enough time, I would have toured its fine museums and art galleries and experienced the Prague nightlife. However, sightseeing was enough for me, and I believe that nobody coming to the Czech capital for the first time should rush to experience everything at once. So, if you are a first time visitor, you should prioritize the following attractions and activities:

It was easy for me to locate the immense Prague Castle. The largest castle complex in the world assumes the vantage point on the left side of the Vltava River. You can access the Prague Castle by combining the metro line A and a short walk from the city center.But I opted for a pleasant walk over the spectacular Charles Bridge, which lasted 30 minutes.

The immense Saint Vitus Cathedral is the centerpiece of the castle complex. Once I completed a tour around the cathedral, I noticed that it features a few architectural styles, implying that the Saint Vitus Cathedral underwent a prolonged period of construction. The prevalent Gothic style indicated that it was commissioned in the Middle Ages (in 1344, to be precise). The accompanying Renaissance and Baroque elements pointed out that the cathedral was finished only recently. The exact year of its completion was 1929.

Once inside, I  found that the overwhelming height of the building is the Saint Vitus’s major feature. However, it didn’t prevent me from taking note of its works of art J. To me, the golden mosaic illustrating the Last Judgment at the southern entrance is the highlight. Furthermore, the cathedral’s chapel, embellished with semi-precious stones, safeguards the Czech Republic’s crown jewels (Bohemian, in fact). The time was slipping away fast, and I didn’t get to climb the Saint Vitus’s tower. If you are luckier, do so. Surely, the best panoramic views over Prague await you there.

Before I left the complex, I was able to take a glimpse at the Golden Lane, lined with small houses. A quick look into those let me learn how craftsmen did their work in the past.

When planning your time in Prague, you should allocate a full day to visit the Prague Castle. Among other attractions, try to visit the Treasury of the Saint Vitus Cathedral, Old Royal Palace (with a hall large enough for chivalry tournaments), and the Picture Gallery.

In most cases, the iconic Charles Bridge is the next thing in everyone’s “what to do in Prague, the Czech Republic” list. On the right side of the Vltava, I was amazed once the Old Town Tower came into view. Above the coats of arms, I saw three figures, each holding a cross. Later, I learned that those honor St. Vitus (the Czech patron saint) and kings Wenceslas IV and Charles IV. The latter was the prominent Bohemian King and the Holy Roman Emperor. The Gothic tower itself is high, allowing you to approach the Charles Bridge through its “victory arch.”

The Charles Bridge is lined with Baroque sculptures on both sides. I noticed that they represent various saints, including John of Nepomuk, John the Baptist, and Francis of Assisi. I recognized Saint John of Nepomuk by a 5-star halo since I already knew that once he was thrown into the water, such a halo appeared where he sank.

On the other riverbank, two completely different towers flank the most famous of Prague’s bridges. On the right side of the arch is the Gothic tower, while the Romanesque one is left of it. As curious as I am, I learned that the latter is the remnant of the Judith Bridge, which collapsed during a flood in the 14th century.

I found that a hill south of the Prague Castle and west of the Charles Bridge is a pleasant park and picnic area. You can climb to the summit of the Petrin Hill on foot or take a funicular (charged). From the hill, I experienced superb views of Prague which equaled those seen from the Prague Castle. As I was getting around, I saw children’s playgrounds and a couple of interesting facilities around the place. 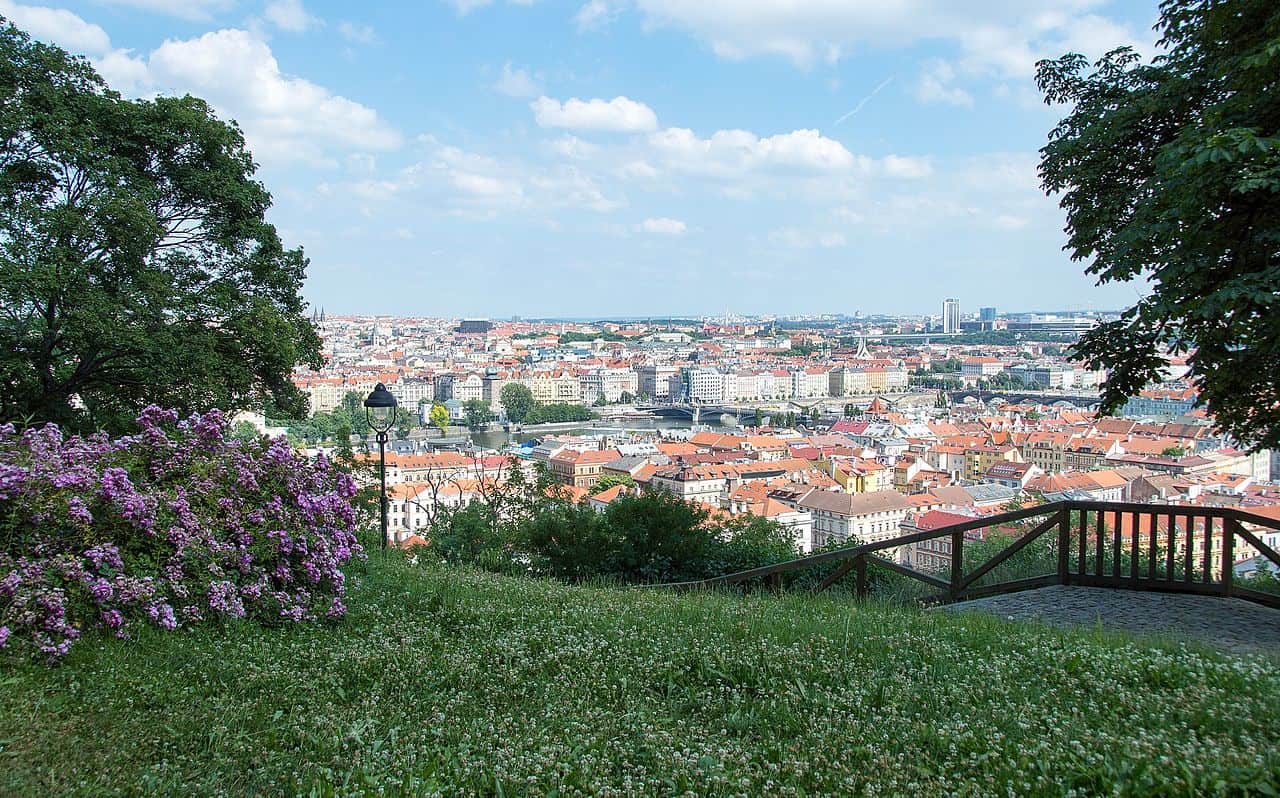 People who wander into the Mirror Maze are supposed to find their way out on their own while becoming excessively tall and short along the way. Next, you should climb the Petrin Observatory Tower for additional great views. Finally, anyone can climb the small replica of the Eiffel Tower. From the Petrin Hill, views encompass the castle, Charles Bridge, and the Old Town of Prague.

If you started to wonder by now where is the Prague city center in the whole story, we come to it right now J. Prague’s Old Town is just where the Vltava curves to the right on the map. There, striking structures, impressive monuments, and shopping areas constantly alternate. But, sooner or later, all paths lead to the Old Town Square.

The main square of Prague boasts a couple of landmarks in Gothic, Baroque, and Rococo styles. The Astronomical Clock of the Old Town Hall is the world’s oldest operating such clock. I happened to be there around a full hour and witnessed the procession of Christ and the 12 apostles. Other participants in the ritual are a skeleton, a thief, and other figures representing the transience of life and various vices.

On the opposite side of the square, you will see two towers of the Tyn Church looming over the nearby structure. I didn’t, but you should enter the Gothic church and see its Baroque and Rococo interior. But the fact that the Tyn Church’s towers are similar to the Sleeping Beauty’s Castle didn’t escape my attention.

The Rococo Kinsky Palace, with the Jan Hus Memorial in front of it, is the subsidiary of the Prague National Gallery. I learned that the museum’s rich collection includes sculptures, ceramics, lacquerware, and other items from Asia, Africa, and the Mediterranean. Worth checking out, right? 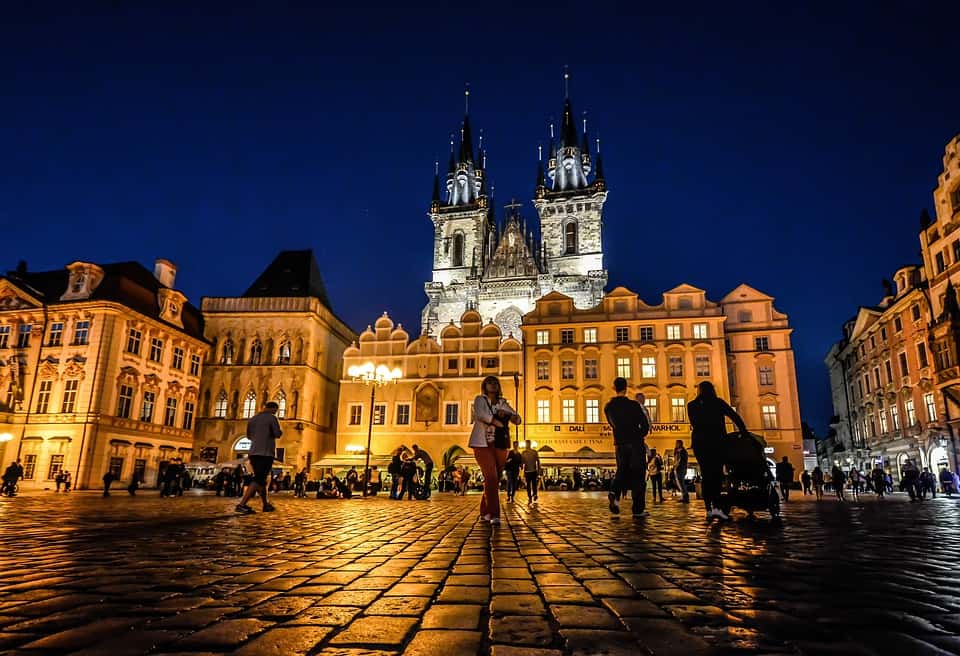 Finally, the Saint Nicholas Church is the Baroque masterpiece of Prague. I had the pleasure of seeing beautiful decorations (frescoes, massive chandelier, sculptures…), attending a classical concert, and appreciating the church’s great acoustics. After all, Mozart didn’t perform here by accident.

While walking the streets of the Old Town of Prague,  I came across the Old Jewish Cemetery. It was worth a short break to take a peek. What made an impression on me were tombstones almost piled one atop the other. Since Prague used to have a large Jewish community that widely surpassed the cemetery’s capacity, the deceased were buried one atop another. Occasionally, even 12 deceased shared the same perpendicular.

However, I  found Gothic, Renaissance, and Baroque tombstones the most interesting. You won’t find photos (forbidden by the Jewish faith), but symbols indicating the one’s profession. If you see the violin on the gravestone, for example, the deceased was a musician.

The other major square of Prague is the city’s  nightlife and commercial hub. Lined with many hotels, stores, and clubs, you can find the square on the outskirts of the Old Town. I think that the exchange office at the Mustek metro station offers some of the most favorable rates in the city. 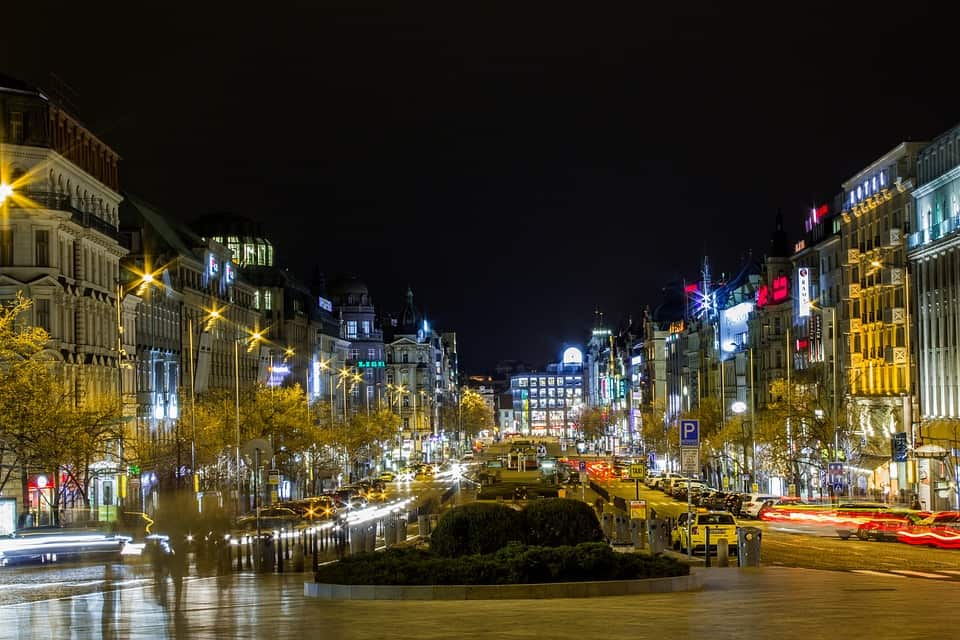 On the far side of the square is the National Museum, which is under renovation until 2018. In front of the museum is a statue honoring St. Wenceslas, the beloved Bohemian king. The nearby monument honors Jan Palach and Jan Zajic. They were the students who set themselves on fire in 1968, at the beginning of the Soviet Union’s occupation of the Czech Republic.

Other must do things in Prague

The Vysehrad was the oldest seat of the Czech princes. It assumes a vantage point over the Vltava south of the Old Town and is the ideal place for a relaxed walk. Additionally, you can enjoy the marvelous interior of the St. Peter and St. Paul Church and visit the Slavin Cemetery.There, celebrated composers Smetana, Dvorak, and other prominent Czechs are buried. 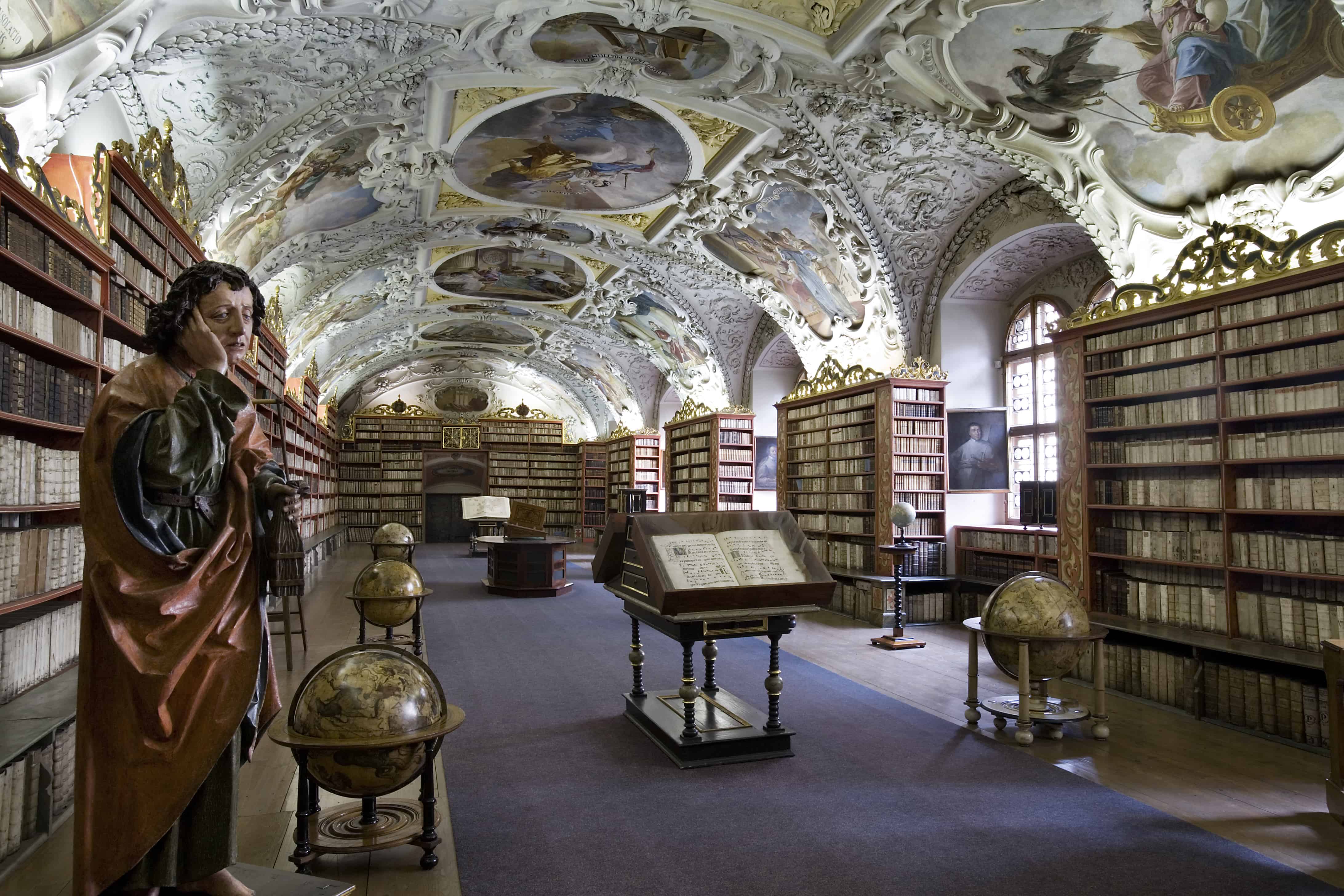 The Strahov Monastery, located behind the Prague Castle and Petrin Hill, boasts an extraordinary collection of Bibles and examples of historical, philosophical and astronomical literature.

Also, I plan to visit the Lapidarium (housing an outstanding collection of sculptures) and the Klementinum the next time I go to Prague. The latter overlooks the Charles Bridge and organizes guided tours of the Czech National Library located within.