Travelling, like life, sometimes requires its own little beach breaks. Where constantly researching the most exciting things to do and see takes a backseat for coconuts with rum, surfing, or just a bit of tan time. I like to reward myself after weeks of cultural infusion by finding quiet or quirky beaches which might be a little lesser known and harder to reach, but are worth it for the tranquility and a chance to reflect on my journey so far.

I’ve come across a small handful on my trip so far, and continue to look for the best across the world for if and when I finally reach another corner of the globe. So, that’s what the below consists of; beaches I’ve visited, and beaches or small islands I would like to sprawl out on or swim at in the future.

One of my all-time-favorite places. Popoyo or Guasacate Beach in Nicaragua is an absolute dream beach. It is one of the lesser known and less frequently visited beaches on the Pacific coast of the country, where a mere handful of hostels and beach huts line the shore.

I stumbled upon Popoyo after looking for a quiet and chilled out alternative to the party town of San Juan del Sur, and it just ticked all the boxes. A forever unfurling and tranquil beach, hot, hot heat, dramatic cliffs at either end, enclosing it from the rest of the world and waves the size of houses for surf lovers who like to see out the day as pelicans swoop by for their final meal. Extra brownie points for Popoyo are that sunsets on the Pacific coast are, for me, the most intense in the world.

I’m filling up my all-time-favorite beach quota quickly with this article, but again, another stunning option joins the list for those who are looking for that island lifestyle, while still firmly attached to the mainland. Puerto Viejo is a Caribbean beach town of multiplicity. With old school beach bars, a coral reef, palm trees propping up colorful fishing boats, volcanic black sand, trees filled with sloths nearby, and good roads for cycling or car hire, the possibilities for a great beach getaway are limitless. 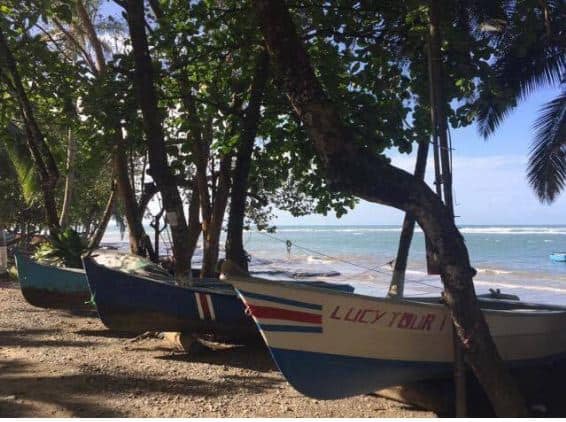 Waves crash far enough out to make for a fun surf spot, while not being too big to put beginners off. My favorite pastime on Puerto Viejo’s beach is to just grab a couple of cold beers, my favorite novel of the moment, a towel, head up to a quiet part of Playa Negra (black beach), and get a little lost in my own imagination.

The probable consensus is that the United States is far too well known and visited to have any particularly mentionable off the beaten path beach destinations. Not true. Carova Beach in North Caroline is the prime example of a place that’s simply too difficult to reach for most to make the effort to get to. For those that do, however, sheer beauty and solitude awaits. 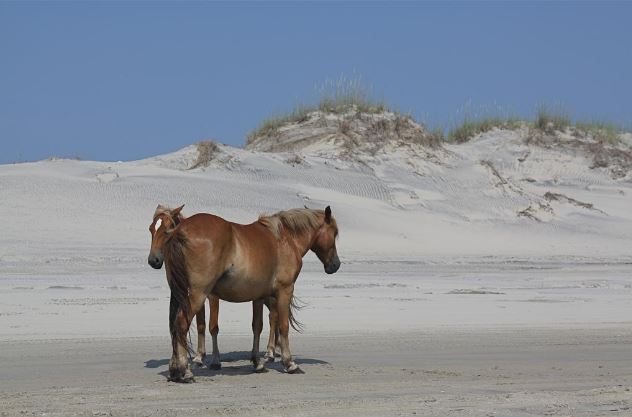 With no major roads, the beach is only accessible via boat or by off road vehicle, but once there, bathers of sun and sea are met with eleven miles of pristine coastline and the not-so-irregular sighting of wild mustangs roaming the coastline in packs.

Another surprising entry is a beach a mere 656 feet (200 meters) from the uber-popular island of Crete, Greece. At the southeastern most tip, Elafonisi lies in wait for those who’ve made the trek via car or bus, and then continued to wade through shallow turquoise waters to reach it. 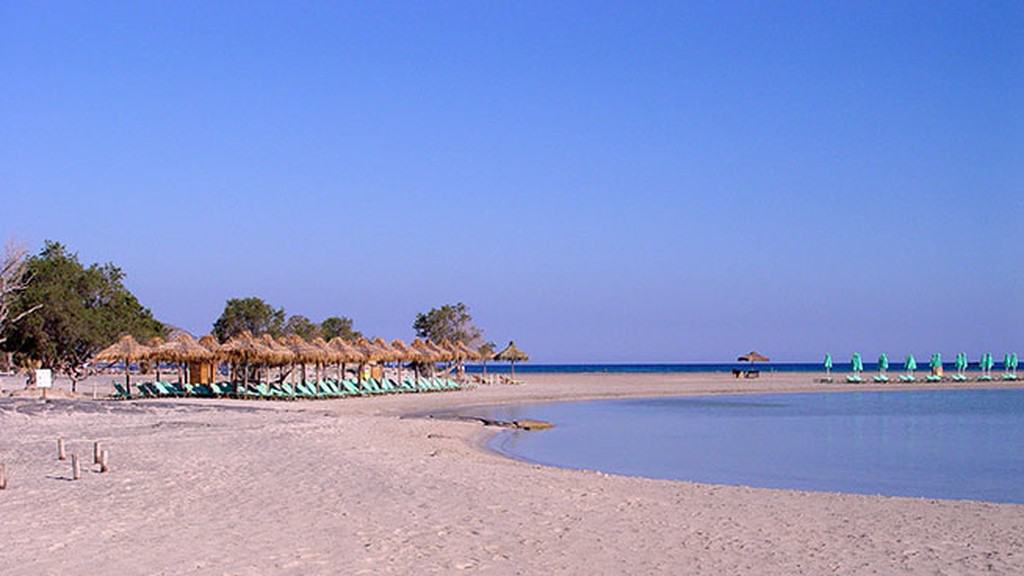 A surprisingly quiet location, considering its proximity to such a famed holiday destination, the nature reserve is commerce-free, ensuring a peaceful experience for beach goers. The sand retains a pinkish tint, and the cove is surrounded by stunning flora, such as cedar trees and lilies, creating an unbeatable scent, which paired with exotic and rare animals and birds make for a real back-to-nature getaway.

No one denies Sardinia’s qualities as one of the top destinations for a recuperating break away from the madness of daily life, but the rest of the island pales in comparison to Bidderosa’s beach and oasis.

A trip to the 15th century town of Orosei is the welcoming post, and the most likely point for habitation, but head just eleven miles north, and discover one of the most breath-taking – and thanks to governmental policy of limiting the number of cars which can head in its general direction – quiet stretches of sand and aquamarine waters in the whole of Europe. Rocky outcrops, lush vegetation, and shallow and transparent seas offer up postcard scenery with all of the creature comforts that Italian and Sardinian vacations are renowned for.

Australia has an abundance of impeccable beaches, which seems to me to be, quite frankly, unfair. Especially as someone from the U.K., where water temperatures prohibit most of us with any sort of natural self-preservation instinct from swimming, even in summer months. Alas, this is the natural order of things, and, as its name suggests, Zenith Beach is as impeccable-a-beach as there exists anywhere globally. 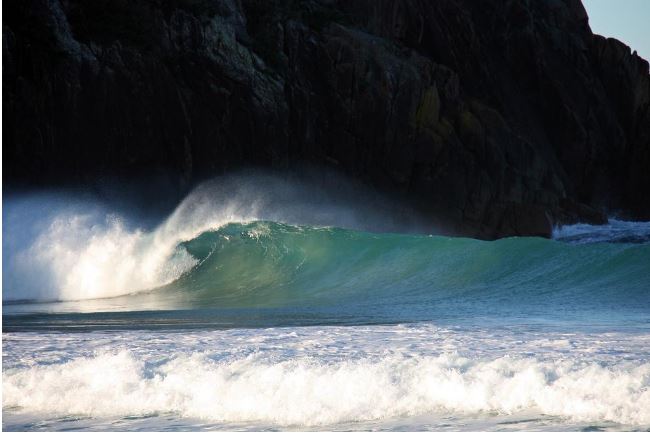 A blissfully quiet cove, enveloped by peaks, thick bush, green-blue waters and white, rugged sands. It’s the pinnacle of off the beaten path beaches, reaching its own amalgamated zenith of beach godliness, effortlessly. A must in the area is to climb Tomaree to the north of Zenith Beach and catch vistas of the entire coastline before settling on a quiet spot to pitch a towel, slap on the eco-sunscreen, and enjoy the natural silence.

I’m a big lover of estuaries. I’m not entirely sure where my strange obsession derived from, perhaps it’s the sheer metaphor of it all for the cycle of life; water forcing its way across resisting land to the sea, and then eventually back to the mountains to begin the arduous task all over again. Or maybe they just look cool?

Either way, there are few more spectacular than Nambucca Heads. Blue waters of the Nambucca River meeting the equally blue waters of the Pacific Ocean, and enormous stretches of white-sand beaches. Sand banks, rolling waves, sea breeze, and what’s more, Nambucca Heads is still relatively underpopulated as a beach. The town of the same name, while now connected only via the Pacific Highway, is home to roughly 11,000, making for a quaint, quiet, reasonably priced, and relaxing holiday home from home for as long as ocean therapy is prescribed.

Indonesia is known for Bali, mostly, an island paradise and destination to thousands upon thousands of holiday makers per year. While stunning, affordable, and Instagramable in equal measure, and definitely worth a visit, my idea for island paradise is a little more Robinson Crusoe seclusion than frat party central. So, in that vein, on the same intercontinental island nation, but a little away from the crowds is tucked Belitung Island. Crystal clear waters, of course, are the least of the stunning visuals that Belitung offers. 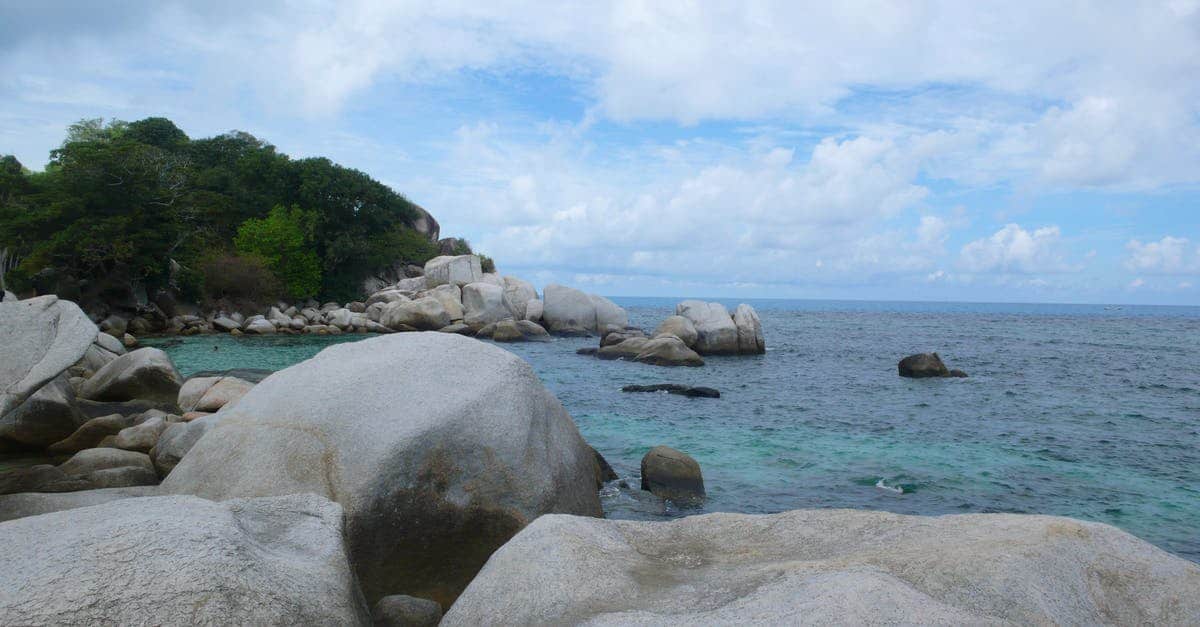 Kaolin Lake, for example, is an old mining site, now filled with blue rain waters, and ice white crevices and cliffs when drained, which is one of the most amazing natural sightings on Earth. The 130-year-old lighthouse is also worth a boat ride from Pantai Tanjung Kelayan Beach. Climb its steps for sunset views of untouched coastline. The island is also perfect for snorkeling, with thousands of species of marine life simply minding their own business just off the shores.

Only available for public visitation from 1997, Mac Leod Island is still an untouched haven off the southern coast of Myanmar’s Mergui Archipelago. There is only one resort on the island, which claims to be an eco-lodge over a typical vacation destination, meaning that guests are likely the only island inhabitants during their stay, and that peace and quiet is a guarantee. 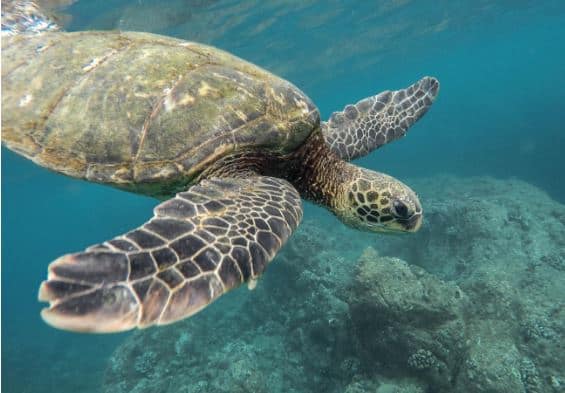 As well as lounging on untouched beaches and exploring dense jungle, the typical pastimes of kayaking, snorkeling, and diving are also done in as much solitude as each explorer fancies. Tropical reefs and marine life are abundant, and probably as equally curious to check out visitors as vice versa. What’s more, the archipelago of Mergui is generally considered one of the best dive sites in Southeast Asia.

A backpacker hub, Chintsa is a chilled location on the Eastern Cape of South Africa. The Indian Ocean provides year-round warmth and superb surf, where revelers can practice skills through tunnels of differing sizes and frequencies. As well as the 10 or so mile-long beach, there is a backdrop of natural forestry and dunes, with bottlenose dolphins often caught playing in the watery foreground. For a spot of unique culture, visit Mama Tofu and her village.

A firm favorite in the area, she is an expert in local Xhosa rituals, and a proud voice for women’s rights. For fanciers of fresh seafood, what could be fresher than catching it yourself with local fishermen and cooking it up on an open fire with local fruits, vegetables, and roots as a side dish?

So, for those who want to avoid the crowds and the obvious beaches, here we have one list of great off the beaten path beaches to start ticking off and visiting with your family. And with many more to still be discovered and explored, you never need to fight for a space to sunbathe or swim ever again.