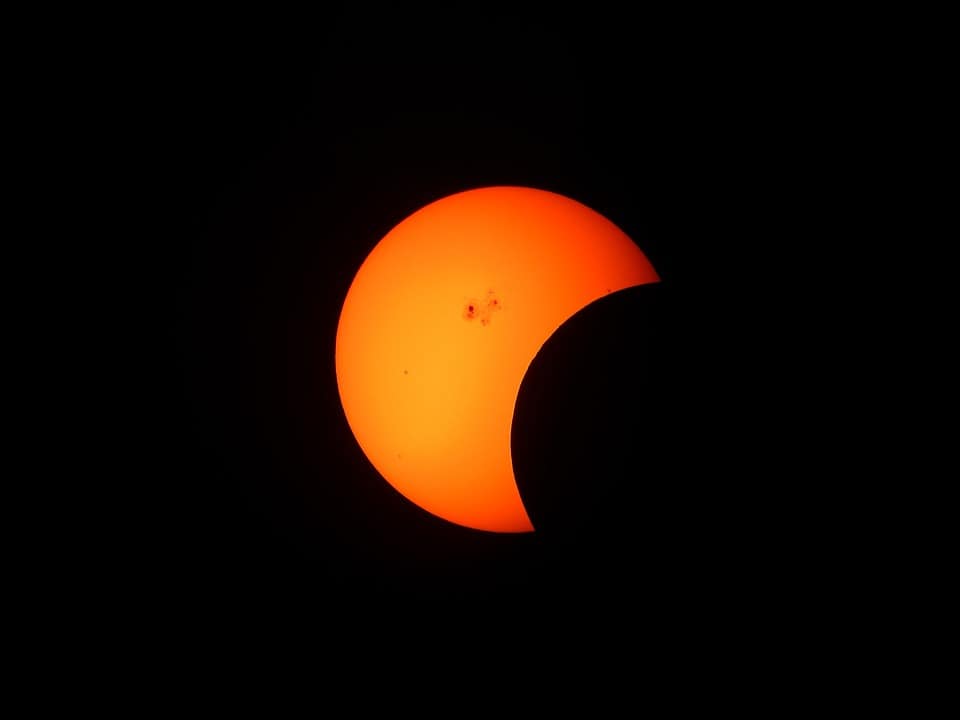 Excited about the Solar Eclipse? So are we! This is potentially a once in a lifetime event, and it is going to be awesome. Nighttime during the day? Yes, please. Let’s take a look at the top 10 things you should know about the incoming solar eclipse.

What is an eclipse?

An eclipse is when the moon sits directly between the Earth and the Sun, casting a shadow on the planet. The shadow blocks out most of the sun, casting the area affected into darkness. You are experiencing a shadow of biblical proportions. For thousands of years, eclipses were seen as a supernatural phenomenon.

Religions and politicians alike pointed to them as omens for bad times. Luckily with science, we understand they are a natural occurrence. So don’t be afraid or sacrifice your pets. Enjoy the moment, and take in what could be a once in a lifetime experience.

Monday, August – 21. Depending on where you live, the eclipse will be at different times. NASA has a great website laying out the best viewing areas and locations across the country. Everyone will be able to see a partial eclipse and for the lucky few, a total eclipse of the sun. 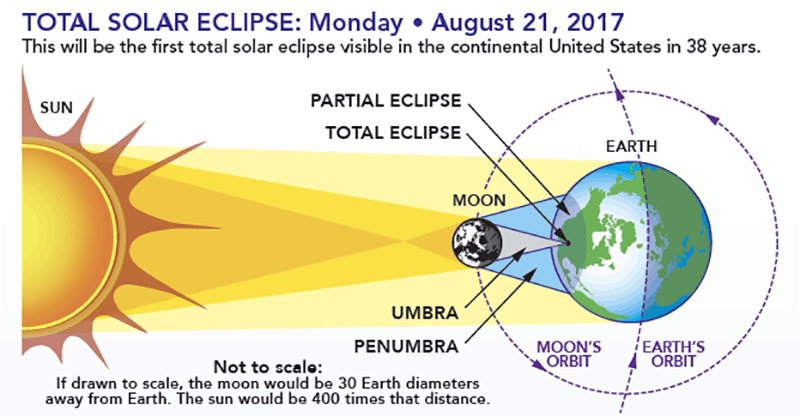 Don’t look at the Sun

This cannot be stated enough. You wouldn’t look directly at the sun without an eclipse, so why look at it during one? The Moon is not as large as the Sun, you know this. Even if you are in the total eclipse, the light will bend around the Moon. Think of it like an Oreo cookie, the sunlight is the cream filling being pushed around the outside. The light pouring around the moon is just as powerful as any other day. Don’t look directly at it without proper eye protection

Only wear NASA approved eclipse glasses. Most libraries across the country are actually giving them away for free. Go snag a pair before they run out. 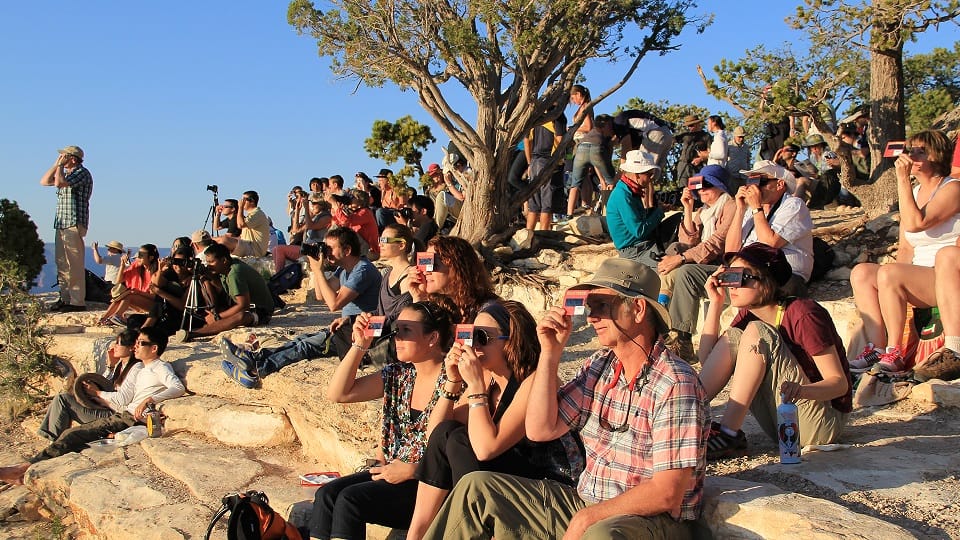 Another way to view it is by creating a “pin hole viewer.” This method consists of reflecting the eclipse onto a large sheet of cardboard.

How rare is an eclipse?

Solar eclipses are a big deal. Fairly common across the surface of the globe, but rare to witness. Unless you are buying plane tickets to chase the eclipses, having one over your country is a rare treat. An eclipse like the 2017 one will not happen again until 2045. Take full advantage, and plan your day around it.

The eclipse will be viewable by everyone in the United States, but certain areas will be directly underneath the Moon’s shadow. Drawing a diagonal line from Oregon to South Carolina, anyone in that geographic area will be privy to the ultimate eclipse. Maybe plan a road trip to be directly on the path. 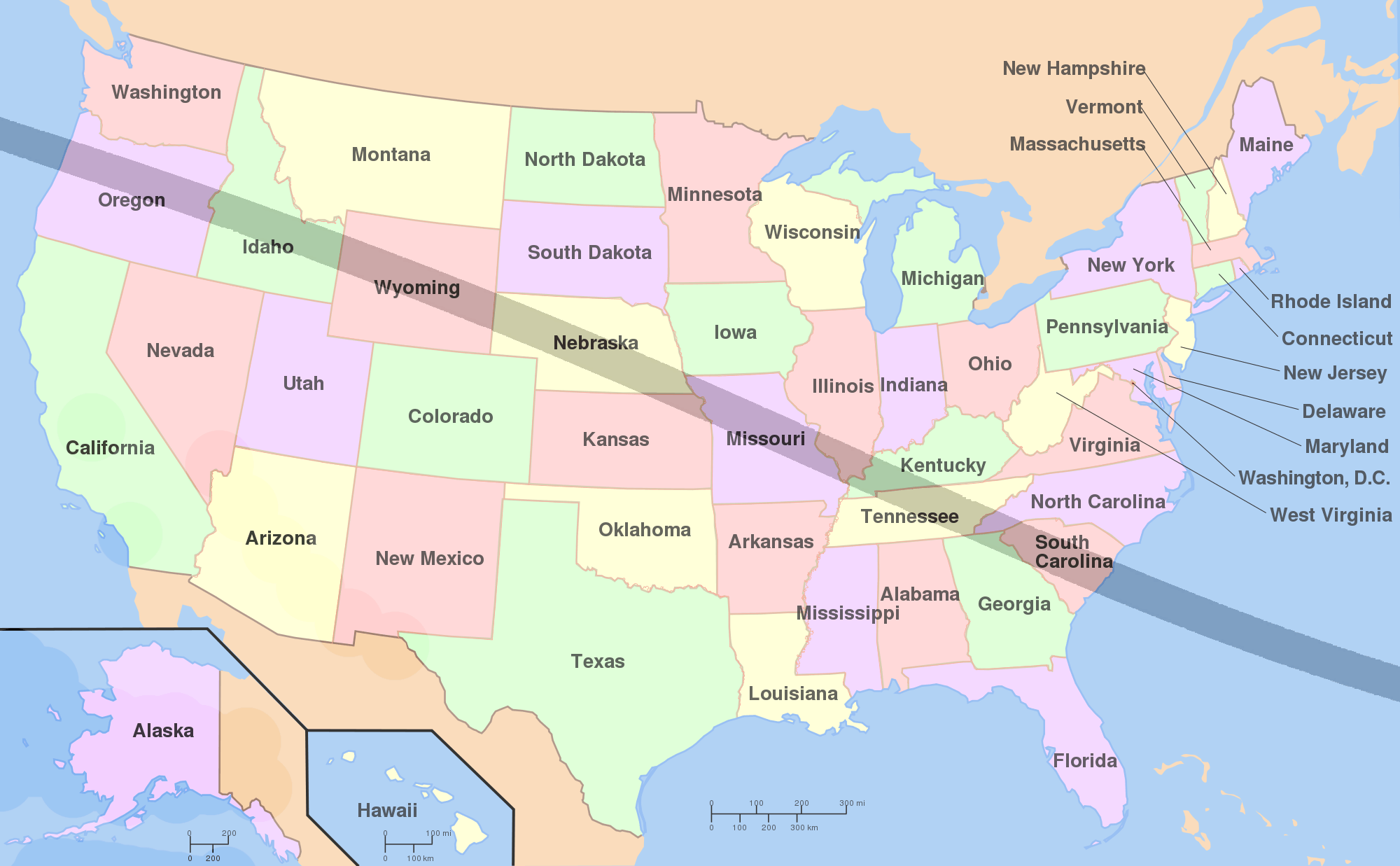 But what actually happens if I look at the eclipse?

Are you still thinking about not wearing glasses? Listen, they cost at most $5. Looking directly at the sun will literally burn your corneas. The near infrared radiation emitted from the sun can cause permanent damage that you will not feel because there are no pain receptors in that part of your body. You will feel the effects, however, manifested in poor eyesight. And how about photochemical toxicity? The visible light will create free radicals inside your eyes and destroy retinal tissue. Don’t risk it, and get yourself a pair of glasses.

Totality is a sight to behold

A full eclipse at its peak is also known as totality. The sun will be little more than a bright diamond speck. The temperature will drop, and animals will become eerily silent. Bats may even wake up to hunt during the event. During totality, we can see the corona, also known as the Sun’s atmosphere. Whoa. Makes that road trip tempting, doesn’t it?

Stars during the day

When the sun is hidden, it will be possible to see the stars and planets. Take a look at the semi-night sky. When else will you be able to see constellations during the day?

Nashville is the largest city on the direct path

The largest urban area experiencing totality will be Nashville. Country music capital of the world, it is also the best city to attend an eclipse viewing party. Enjoy drink specials and a taste of the nightlife during a Monday afternoon.

On Monday, go outside and have a look at the solar eclipse. You won’t regret it, and it will prove to be an experience you won’t soon forget.