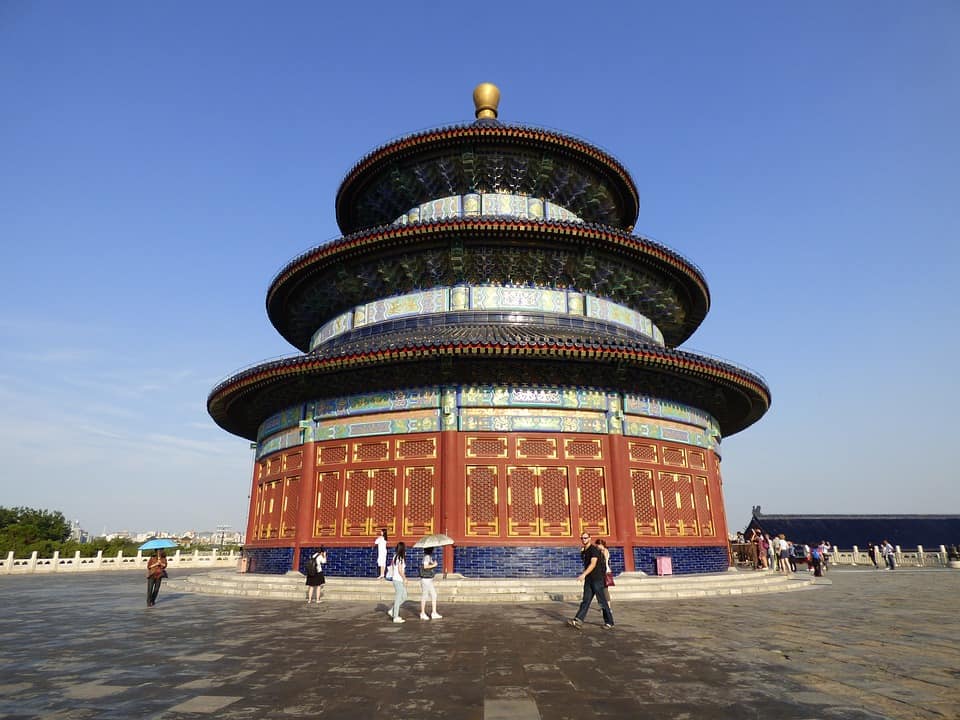 Whether it be just for a week or wandering for a year, the bustling city of Beijing offers a 3,000 year old history and many ancient traditions that will leave any traveler feeling like their soul has been refreshed. Living in the capital city of China for over a year and a half, my days were often filled with exploring the endless sights around the city. Somedays with a map, and other days without it because getting lost is truly one of the surest ways to discover hidden treasures that perhaps, are less well-known. With over 20 million locals and over 900 individual attractions ranging from ancient temples and national parks to more popularly known shopping districts and night markets, it’s no wonder the city is filled with endless things to see and do. Here are my top ten picks to help you navigate through the madness and magic of this beautiful capital city.

1. Different sections of the Great Wall

One of the greatest wonders of the world and forming a 1987 UNESCO World Heritage Site, the Great Wall forms one of China’s greatest historical splendors’. Stretching some 3,728 miles (6,000 kilometers), this cultural relic is filled with symbolism and thousands of years of history.

The most popular sections to visit include Badaling, Jinshanling, Simatai, Gubeikou, Shanhai Pass, Juyongguan, and Huanghuachen. Most of these sections are found near the north and east sections of the city and range in safety and difficulty to climb.

Almost every city has some sort of public square which serves as an important commercial meeting place for important public activities. In Beijing, this is known as Tiananmen Square and was named after the Gate of Heavenly Peace (Tiananmen).

Filled with history and surrounded by shops, museums, and city halls,here you will find Tiananmen Tower, the Monument to the Peoples Heroes, Chairman Mao Zedong Memorial Hall, and can also see the national flag raising ceremony.

Also known as the former imperial palace, the Forbidden City is located just north of Tiananmen Square, and was the home to twenty-four Chinese emperors during the Ming and Qing dynasties between 1420 and 1911.

4. The Temple of Heaven

The Temple of Heaven forms one of the largest existing ancient sacrificial buildings still present in China today. It was originally a place where emperors of the Ming and Qing Dynasties held their Heaven Worship Ceremonies, but today it now forms one of the most sacred world cultural heritage sites. Covering an area of 29,062,558 square feet (2,700,000 square meters),

it is even larger than the Forbidden City itself. The design itself is meant to reflect the cosmic laws that the locals believe govern the universe and the relationship between the sky and the earth. Apart from exploring, you can also partake in Tai Chi lessons conducted here by elderly locals every morning. There are also over 60,000 varieties of trees that add to the tranquil ambiance of the grounds. Here you will also find a famous 500 year old Cypress tree known as the Nine Dragon Cypress that has been named such because of its winding branches.

Situated in the northwest Haidian District of Beijing, the Summer Palace forms one of the largest and most well-preserved sites in China. With over 3000 man-made structures, including a range of pavilions, towers, bridges, and corridors; the palace grounds is divided into four main areas, namely the Court Area, 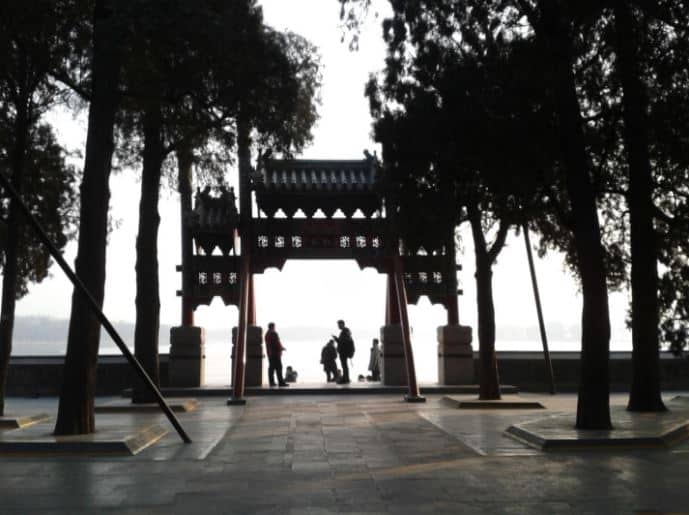 Front Hill Area, Rear Hill Area and Lake Area. Depending on the time you have, there are a range of hiking routes to choose from, as well as boat rides on Kunming Lake, and various traditional Chinese performances that occur within the restored theatre.

Beijing is famous for its grey-tiled old lanes and alleyways running through the backstreets of the city. These hutongs have existed for over 700 years and can be found all over the city, crossing over with each other and creating a maze-like appearance.

Wandering through here will give you a glimpse into the old city culture and traditional ways of life.

Tucked away at the northern entrance of Donganmen Dajie Street, you’ll find an Asian culinary heaven. Filled with endless bustling stalls lined on either side of the street, Wanfujing is popular among both locals and tourists alike. Here you will find some of the most delicious and strangest foods that can be found not just in and around Beijing but all of China. 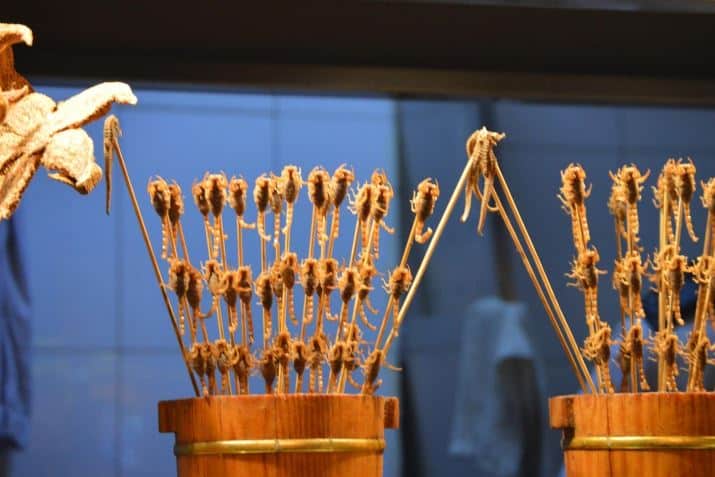 From live scorpions, live roaches, and grilled centipedes to deep fried mango, dumplings, and candied fruits, this is certainly the place to go if you’re feeling adventurous. In addition, it also forms a popular shopper’s paradise, filled with traditional paintings, arts, and crafts.

The Lama Temple is located in the Dongcheng district, and was first built in 1964 during the Qing Dynasty. It forms the largest and best preserved lamasery in Beijing, encompassing the architectural styles of the Han, Manchu, Mongolian, and Tibetan ethnic groups. Visit here for an authentic Buddhist experience. 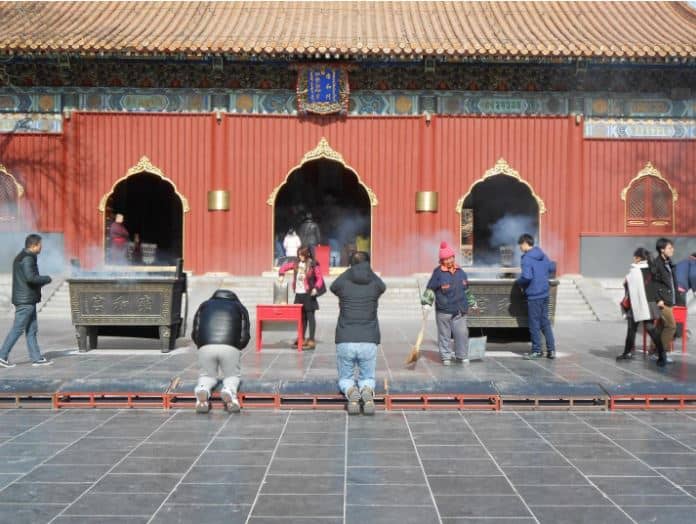 The Silk Market is a popular stop for tourists in Beijing. Spread over seven floors, here you will find around 1,600 booths all selling a huge selection of local souvenirs, luggage, and fake name-branded clothing. While the sales assistants often can speak English, many will mark-up the prices by about 300 – 500 times more, so be ready to bargain.

Houhai is another one of Beijing’s gems. Located directly north of Tiananmen Square, the lake here forms an important part of the Shichahai area which is the collective name given for the three most northern lakes in Beijing. 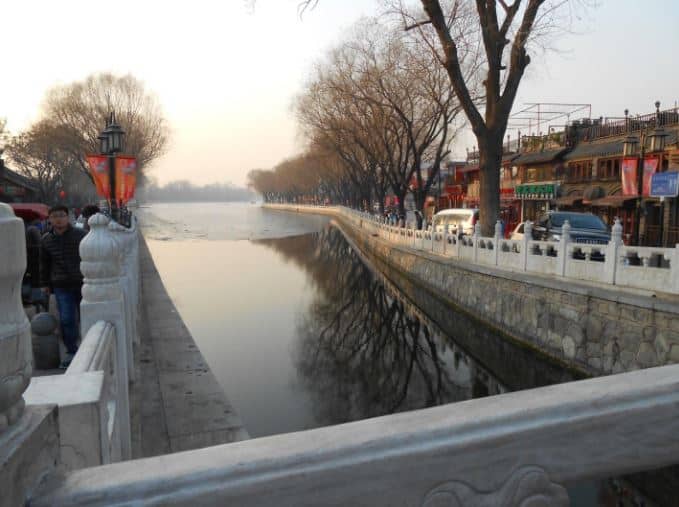 At Houhai, you will not only see one of the most beautiful lakes in the entire city, but also be able to wander around a range of hutongs and historic sites that are dispersed in between. Be sure to stop by at one of the many bars or restaurants lining the lake.