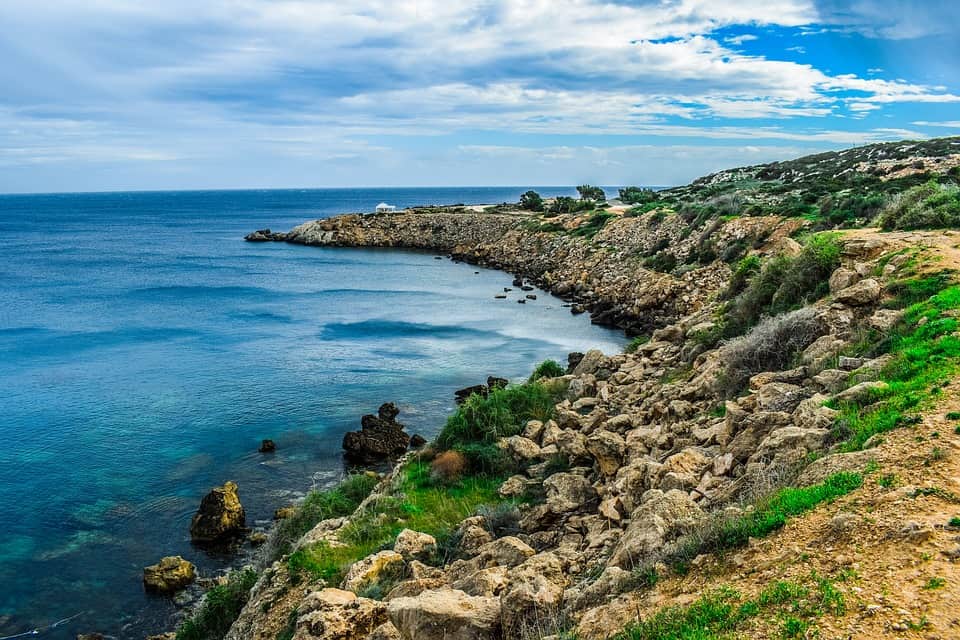 Cyprus is an island country in the East Mediterranean that is known for its beautiful beaches, vast wineries, and of course, for being the mythical birthplace of the Greek Goddess of love and beauty, Aphrodite. This year, take a trip down to Cyprus and enjoy a vacation that is worthy of the gods and goddesses in you. Here are the top 12 tourist spots that you must visit in Cyprus.

First on our list is Cape Greco National Park. Cape Greco is a place that could easily be described as a paradise on Earth. The park has nature trails that are perfect for trekking and cycling. One of these trails is called Aphrodite’s nature trail, which is 1.24 miles (two kilometers) long. Take a walk or bike along this trail, which is also dubbed a cultural route because of it being the mythical birth place of Aphrodite. On your wanderings, you might also discover the tiny white washed church of Agoi Anargyroi. It sits on a cliff with stairs leading down to the sea. It is a beautiful place to get married in. 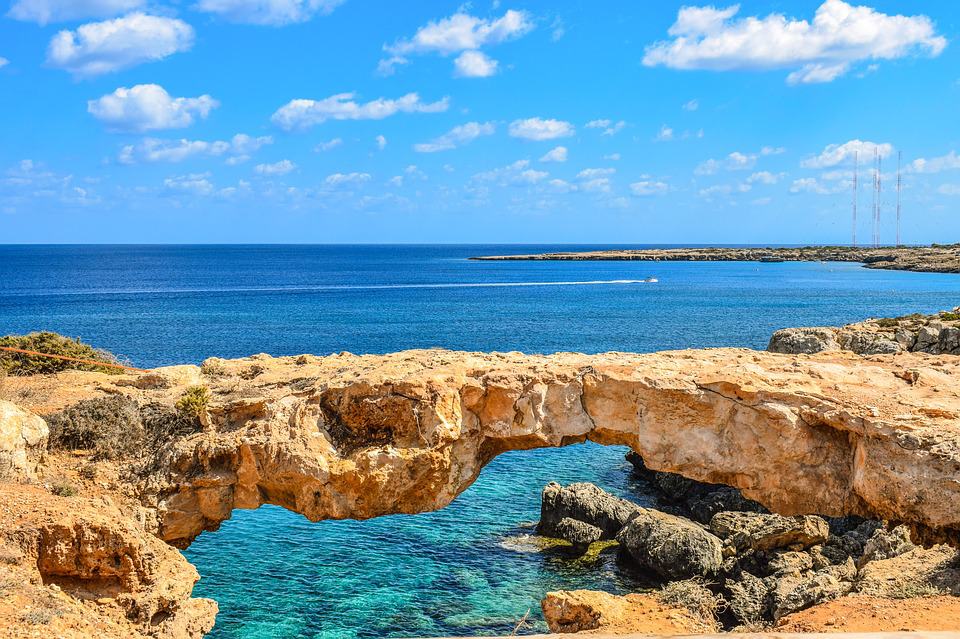 The stairs winding down also lead to a place where it is believed  Holy water runs. Another place in Cape Greco that is worth your time would be the Cyclops cave. You can have a picnic nearby and head to this part of the island for a quick swim and cave adventure. The Palace cave and Smuggler cave are also popular among locals. Extreme sports such as cliff diving is a common activity in Cape Greco. A sight that you may have seen on Cyprus’ postcards and souvenir items is the Love Bridge or the Monachus Monachus Arc. It’s a natural rock bridge that forms into an arc towering above the clear blue sea. Tourists come here to swim in the sea, watch the beautiful sunset, or even kiss on the middle of the bridge with the belief that whatever they wish would come true.

St. Hilarion Castle is beautiful and magnificent. It lies on the Kyrenian mountain range. Climbing right to the top of the castle would give you breathtaking views of the island. Like just about everything in Cyprus, St. Hilarion Castle has its own history and myths. 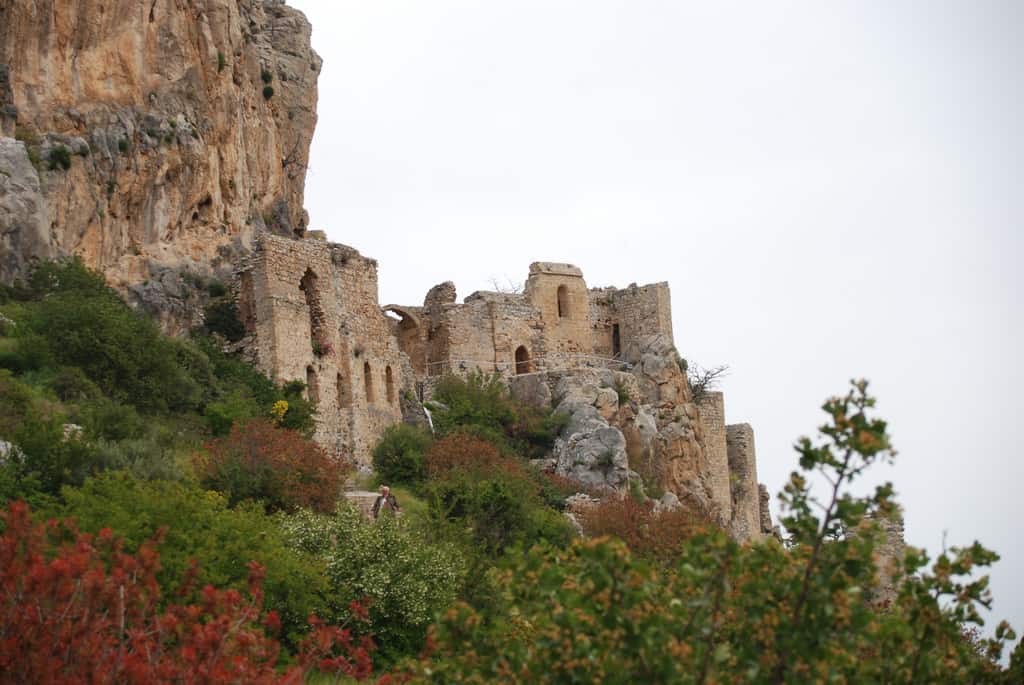 It has been said that the castle was built by a fairy queen who takes leisure in charming local shepherds. It takes a lot of energy to come up here, but the view from up here and the castle itself is worth the time.

It has been said that the best way to discover wonderful places when traveling is to listen to the locals. Just about two kilometers away from Cape Greco lies Konnos Bay. This is the local Cypriots most loved beach in the country. 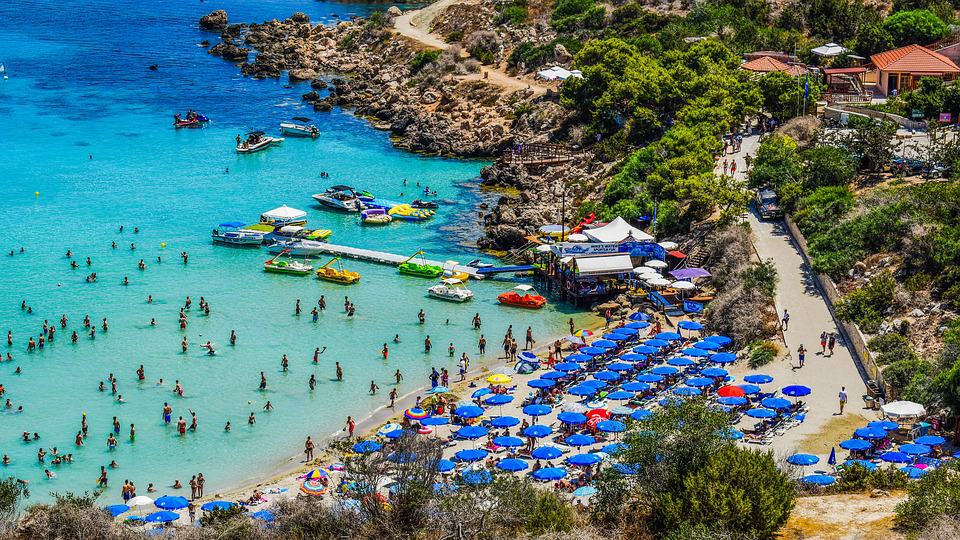 Families and groups of friends would flock here for a picnic, swimming sessions, or just to  hang out and have good food and conversations. Due to its popularity though to both locals and tourists, Konnos Bay gets crowded, especially during summer weekends, so better go on weekdays.

The Troodos Mountains is one of the most frequently visited regions in Cyprus among tourists. It is packed with traditionally built stone-cut houses, old churches and monasteries, museums, and various shops. The churches in Troodos play an important role in both religion and architecture. 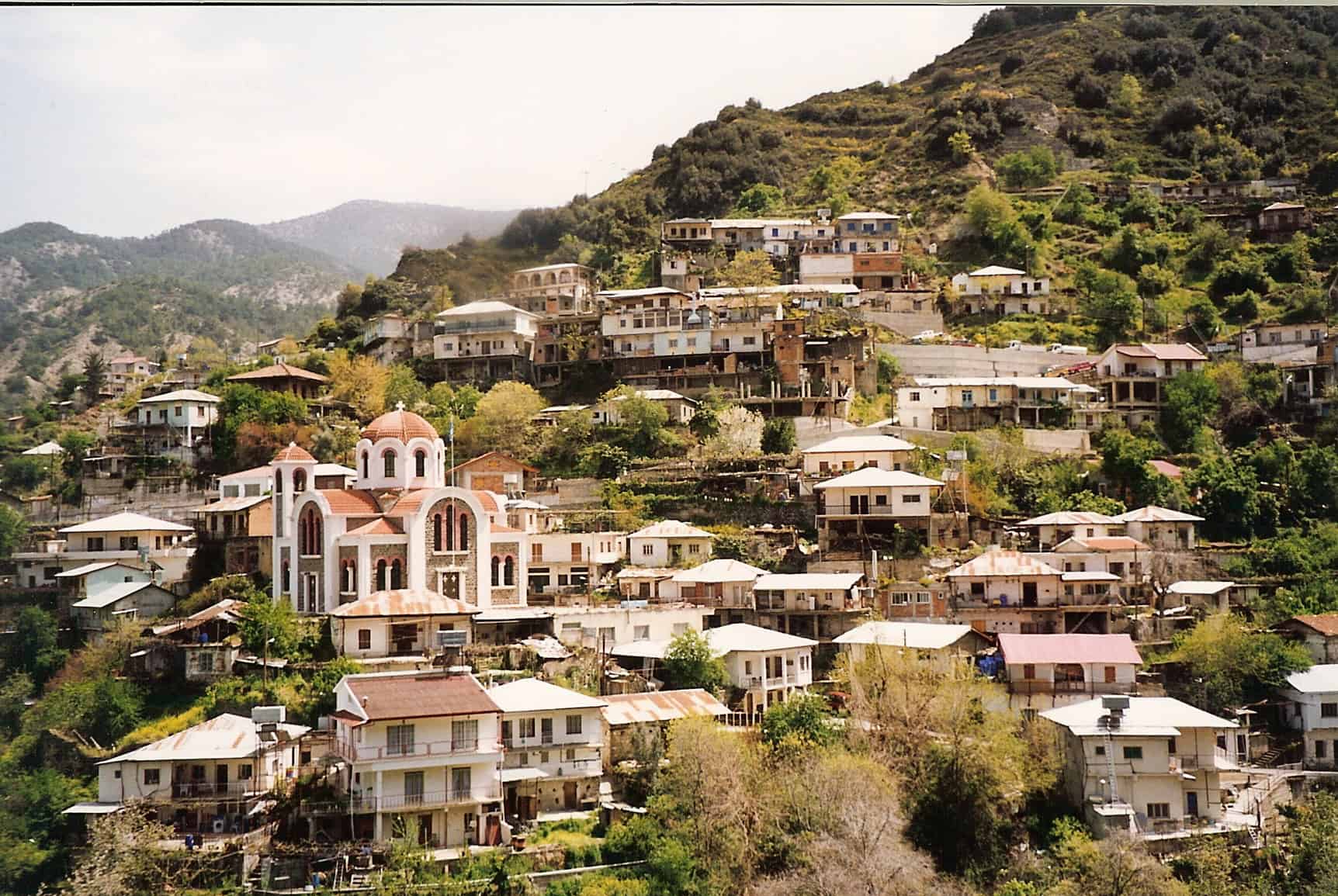 It is no wonder why nine of them made it to the UNESCO World Heritage list. Take a day trip and check out the touristy sites of the villages. The Church of Archangelos Michail is a must visit. Hiking in Troodos is also a popular activity. If you are not up for that though, you can wine and dine in the villages and visit some of Cyprus’ finest wineries.

When visiting a new country, it is a good practice to visit one or two museums to know more about the country’s culture and history. 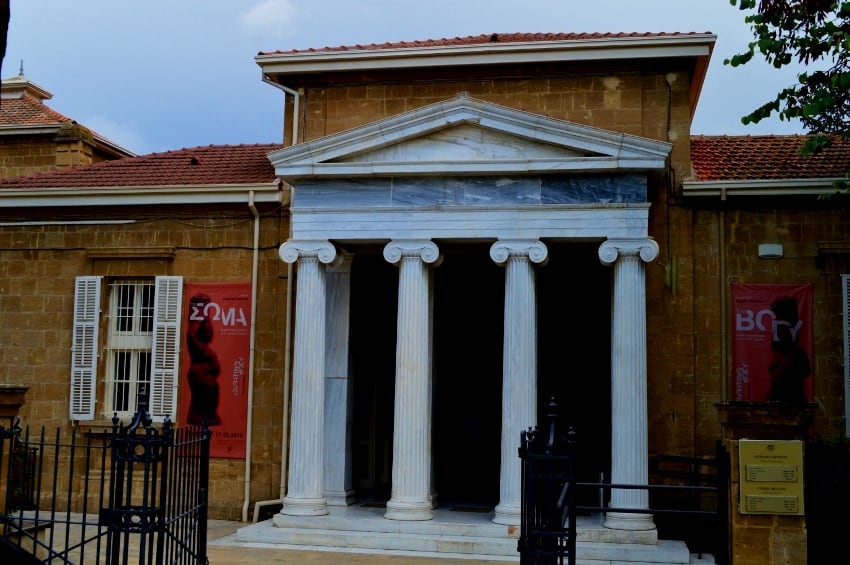 The Cyprus Museum or Cyprus Archaeological Museum in Nicosia holds a collection of mostly items and artifacts that have been excavated on the island. All fourteen display halls of the museum are well-curated for your viewing and learning pleasure.

Cyprus does not have a shortage of pretty towns; Kyrenia is one of them. Kyrenia has been dubbed the jewel in the crown of North Cyprus. Start exploring in Kyrenia Harbor. It is calm and beautiful, especially just before daybreak or when the sun is about to set, and the town is covered in sepia tone beauty. 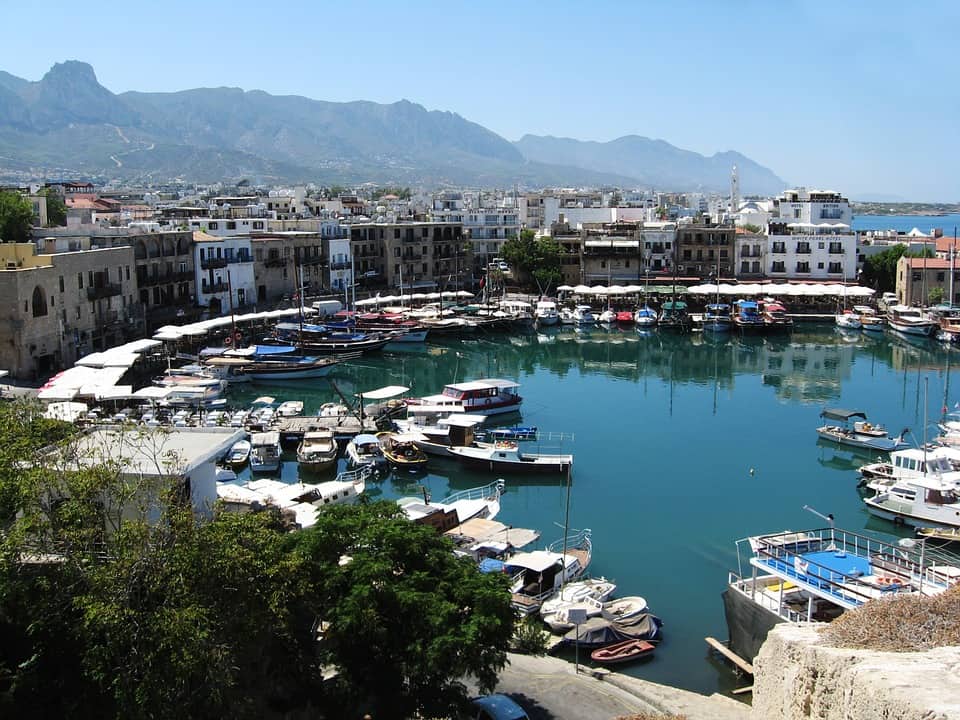 Of course, aside from the harbor, there are castles to explore, streets to walk on, and shops to check out. Kyrenia also has one of the best restaurants in the country, where you can have your fill of authentic dishes of Cyprus.

Cyprus’ climate allows you to visit and enjoy the beach anytime of the year. Nissi Beach is one of the best places you should visit if you are in dire need of some vitamin sea. 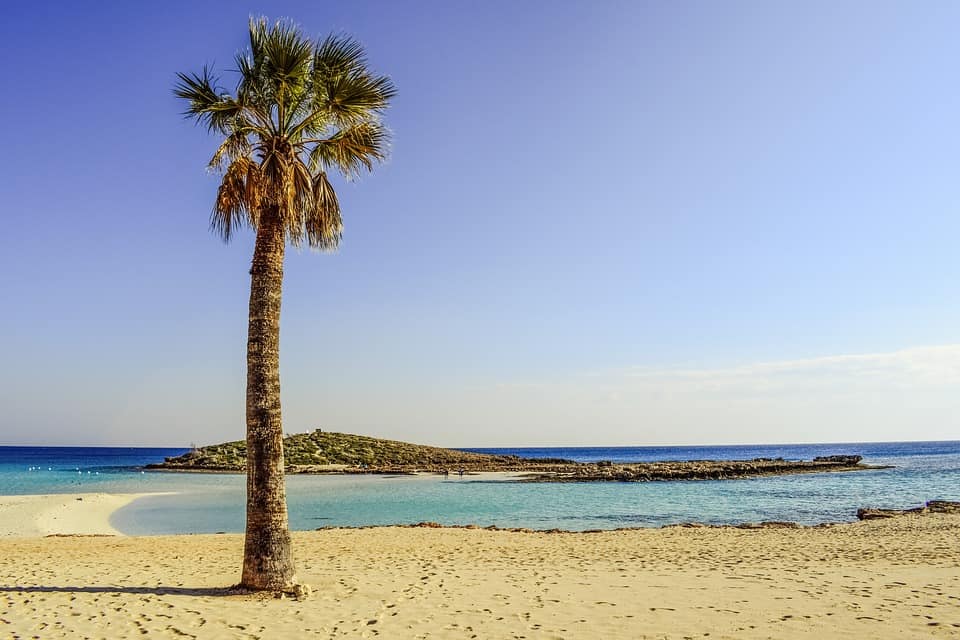 This paradise gives you fine white sand, crystal clear waters, colorful Mediterranean trees, and flowers that will ease your troubles and stress away. The shoreline is so wide, which makes it perfect for travelers with kids. Nissi Beach is indeed a treasure to behold.

Just like almost anything Greek, this city-state has a mythical history. It has been said that the founder of Salamis was Teucer, the son of Telamon and the brother of Ajax. It was believed that Teucer could not come home after the Trojan War because he failed to avenge his brother. 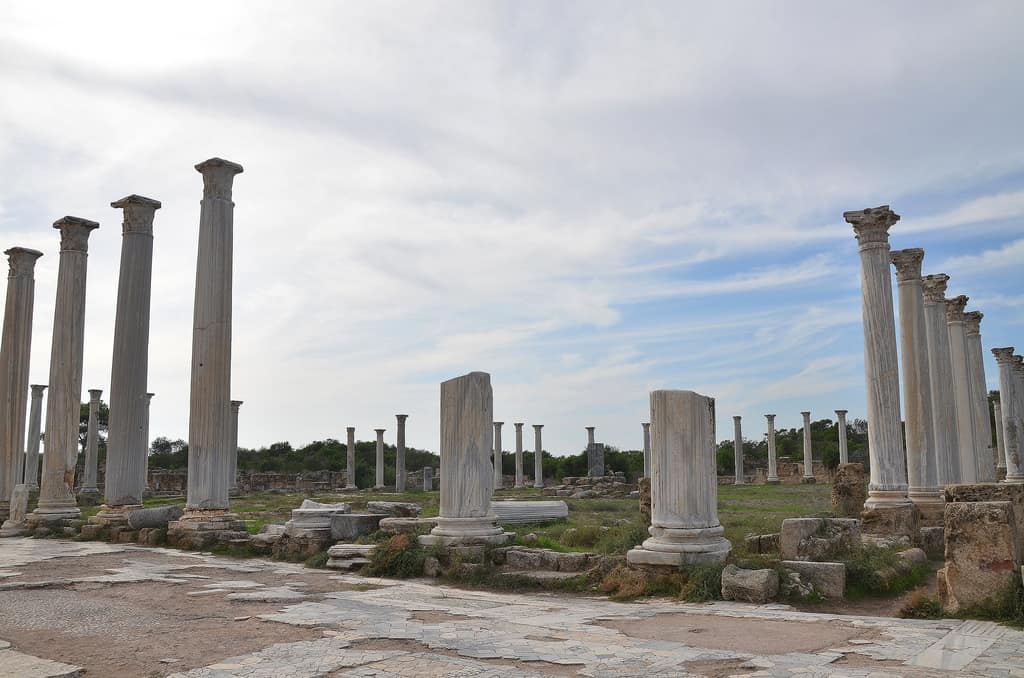 In the present times, what makes Salamis interesting would still be the remains of the past. The ruins of the gymnasium and the theater looks beautiful and mysterious altogether. Exploring them would make you imagine events that were held in there thousands of years ago.

Karpas Peninsula is one of the most prominent geographical features in Cyprus with its long and finger-like shape. If you want a daily dose of the beach in Cyprus, this is one of the best places to go because it has forty-six sandy beaches. 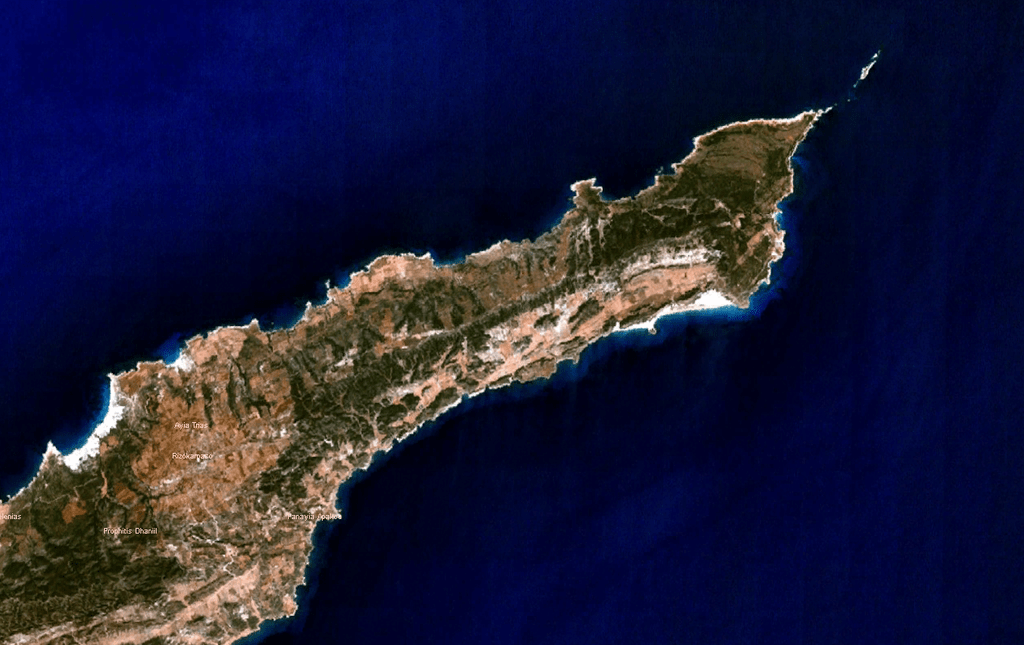 It is also home to the loved donkeys of Cyprus, loggerheads, and green sea turtles. The region is also known for its delicious watermelons and restaurants that serves traditional Turkish-Cypriot Cuisine which includes the famous “mezze.”

If you are looking to explore ancient remnants in Cyprus, a day trip to the city of Kourion should be on your itinerary. This city has the famous ancient attractions in the country. Kourion’s most popular ancient spot is its theater. The Kourion Theater was built during the end of the second century B.C. 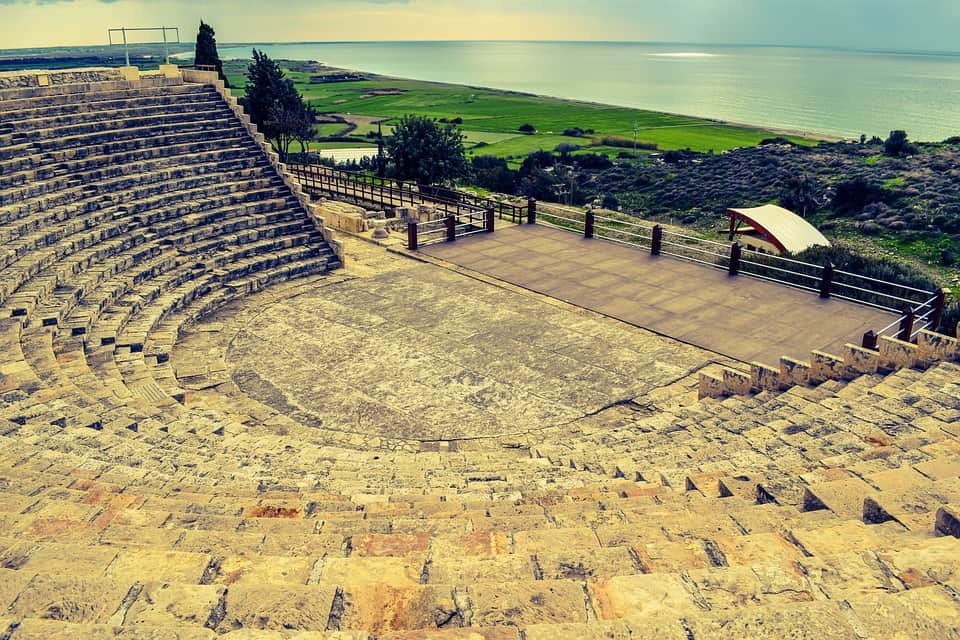 It can hold over three thousand audiences, and has the view of the Mediterranean Sea. The theater is open to tourists all year long with a minimal entrance fee. The city is also famous for its mosaics that are commonly found being decorated on mansion floors, yards, and walls. Pay a visit to the famous Achilles Mansion, which is the most popular in the city.

Larnaca is known for so many things, which include its palm-tree seafront, the Larnaca Castle, and Hala Sultan Tekke to name a few. Larnaca is also popular for its shipwreck diving sites. 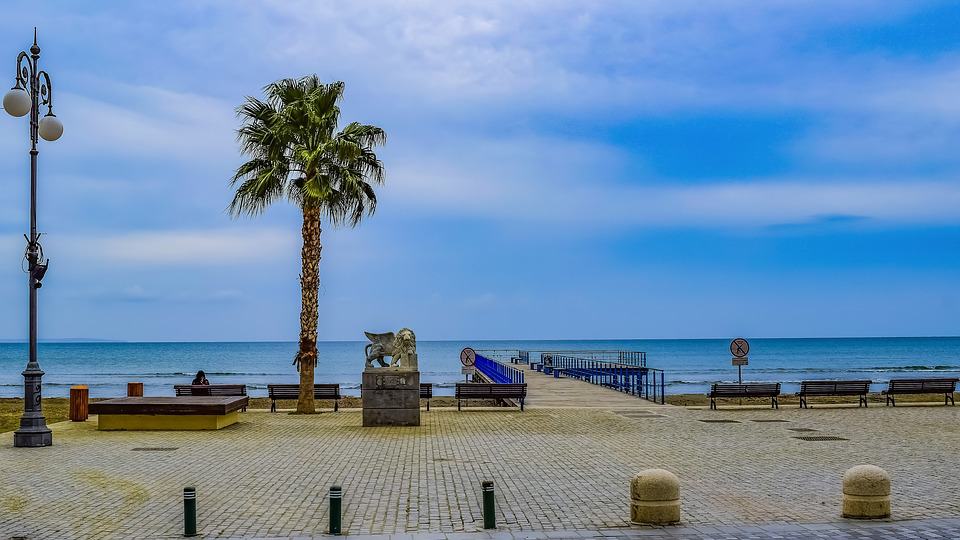 If this is an adventure that thrills you, book a guided tour to the most famous shipwreck in Larnaca- the Zenobia. The Zenobia is under deep waters of 140 feet, which means you need to be fully equipped and skilled when planning to dive and explore this shipwreck. For beginners, Larnaca has other shipwrecks in the area that are located in shallower waters. The waters here also have magnificent caves and coral reefs. The Larnaca Castle is also worth a day trip.

If you are a fan of quaint little towns, include Lefkara on your list of places to visit during your trip to Cyprus. Walking on the streets of Lefkara would give you a view of its beautiful architecture. Most houses here are built with local white stone, which gives the village that uniformed look. The village is also known for its embroideries and silversmiths’ crafts. 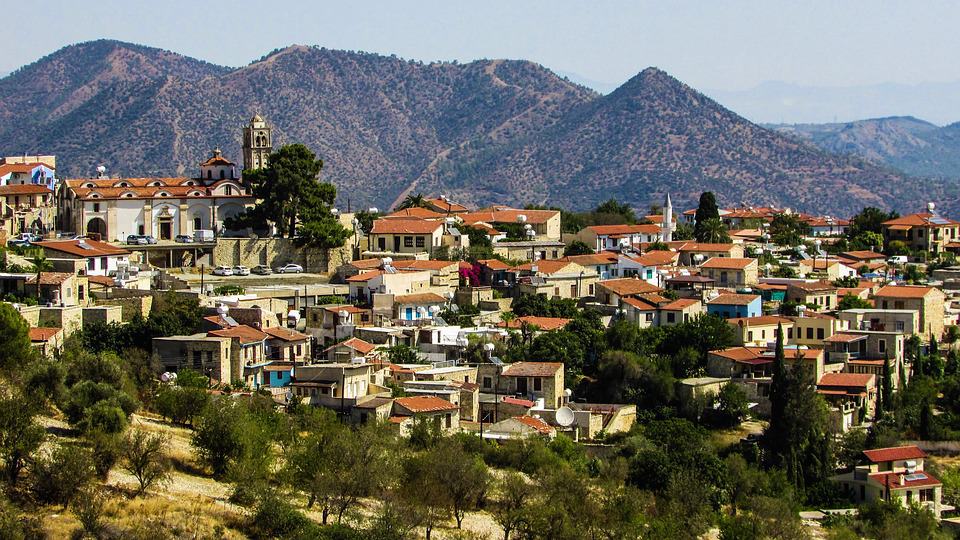 Come February, the whole place will be filled with blooming almond trees with their pretty pink and white flowers. The almond trees are in full bloom at the beginning of spring.The village also has plenty of fruit and vegetable gardens. Most of these even allow tourists to come in and eat all the fruits they can eat with a minimal fee. If you are travelling with kids, fruit-picking activity might sound appealing to you. The most abundant here are oranges, mandarins, and apples. Lefkara Village is also famous for its scenic cycling routes. Cyclists come here to cycle past the Lefkara Dam and Dipotamos Dam. If you are not into cycling, fishing in the dams is also allowed.