Everytime I hear Johann Strauss II’s “The Blue Danube,” my mind automatically drifts to Vienna. The moment the first note hits my ears, all I want to do is to waltz on the cobbled streets and dance around the city. Vienna has long been known as the City of Music. What you may not know is that it is also called the City of Dreams. Apart from our favorite musicians and composers, Sigmund Freud also grew up here. The city takes pride in its history and makes an effort in preserving them. Vienna is dreamy and pulsating at the same time. You can get lost in its funfairs, architecture, and opera houses.

In case one day you finally decide to take that trip, Vienna will be waiting with these top attractions that you can visit:

The Belvedere Palace (commonly known as Schloss Belvedere in German) is a historical Baroque architecture in Vienna that is composed of two palaces- Upper and Lower Belvedere. If you want to bask yourself with culture, history, and art, this is a place in Vienna that you should not miss. 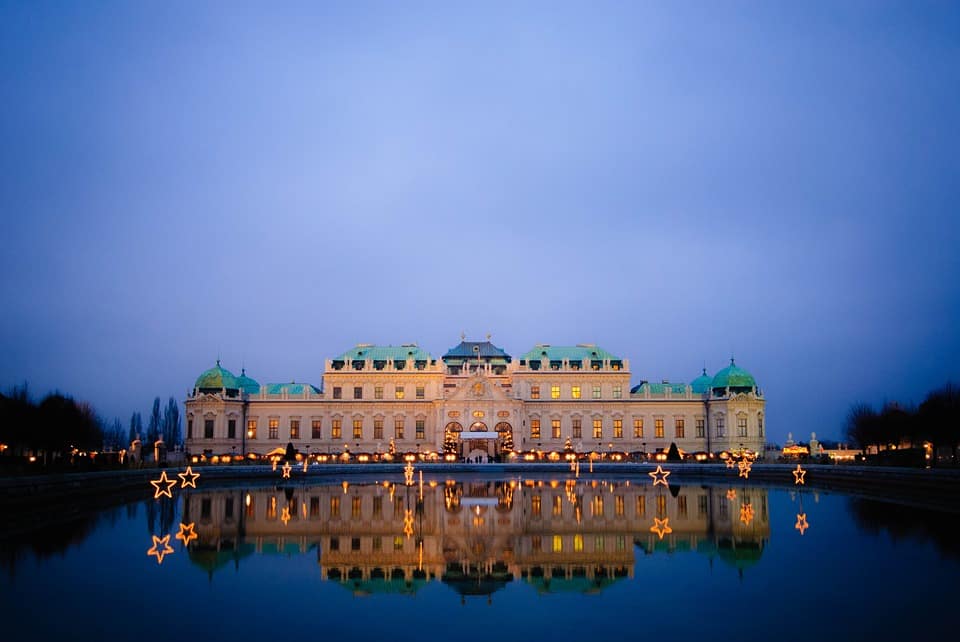 The Belvedere Palace is home to the world’s largest collection of oil paintings. Extravagant works of iconic artists, such as Gustav Klimt, are proudly displayed in this palace. An afternoon of art appreciation is a perfect activity to do here.

Schönbrunn Palace has always fascinated both locals and tourists because of its grand garden that is fitting for any royalty. This Baroque palace served as the residence of Habsburg emperors from the 18th century until 1918. Hailed as Gesamt kunstwerk (German for “total work of art”), this infrastructure is one of the most important architectural, cultural, and historical monuments in Austria.

Over two million tourists visit the place all year through. You can book a tour ahead of time. You may not visit all 1,441 rooms in one day, so make sure to check out the Imperial Apartments first. For families travelling with kids, drop by the Children’s Museum and let your kids dress up as princes and princesses. If you will be visiting during summer, the annual Summer Night Concert Schönbrunn is held on the palace grounds.

This is one of the biggest and fanciest theaters in the world. The Vienna State Opera House has seen the best and the most extravagant performances of the world’s renowned composers, conductors, dancers, and soloists. 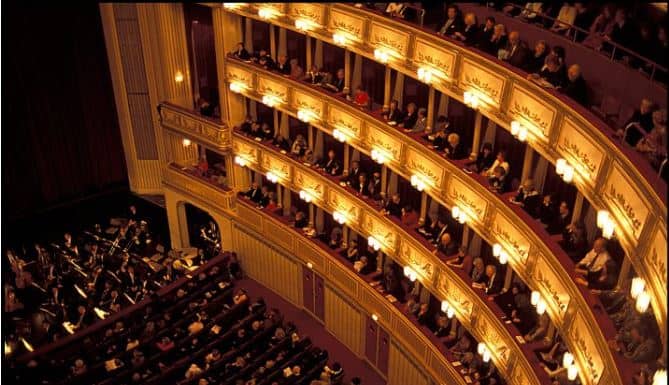 If you are looking to witness great opera and ballet performances, you are in for a treat. Performances are held over 300 times a year, so no matter what time of the year you will be in Vienna, you can surely catch a show or two.

This Giant Ferris Wheel within the huge vicinity of Prater Park is one of the most visited attractions in the city. Recreational activities for both kids and adults can be found in this amusement park. Riding the giant wheel would give you the wonderful view of the city. It is best to ride during sunset. If heights scare you, the park also has a planetarium, a waterpark, and a museum to name a few attractions.

You can also go cycling, horseback riding, and play tennis here. Of course, the good old-fashioned Vienna cafes are available for you to just relax and enjoy the ambiance. Among the crowd favorite is the Danube Park. It has an artificial lake, a theater, and a 250-acre open space with a miniature railroad. The Prater park is located between Danube and the Danube Canal so it gives off the perfect relaxing and fun vibe.

How would you like to visit the place where the likes of Mozart, Beethoven, Haydn, and Strauss lived, composed, and performed? If you are a music enthusiast visiting Vienna, Haus der Musik is a place you shouldn’t miss. Bits and pieces that proves these renowned composers have walked and breathed in the area are displayed in this museum for the guests to see. 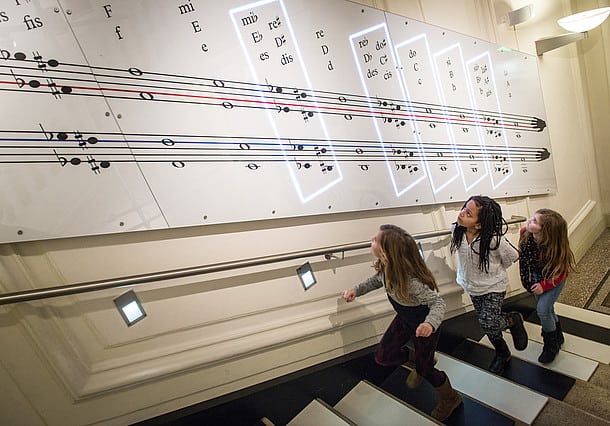 Haus der Music is located a few blocks southeast of Hofburg Palace. You can drop by anytime from 10 a.m. to 10 p.m. If you are visiting during holidays, make sure to check the museum’s website for schedule and admission price changes.

Naschmarkt is the most popular open market in Vienna. It is comfortably situated along Linke Wienzeile. This market has long been operating ever since the 16th century. If you would like to have your fill of the traditional Viennese food such as Palatschinken and Kaiserschmarrn, food stalls that sell these goodies are available here.

You can enjoy an afternoon chilling in one of the cafes drinking coffee or having wine and cheese.You can also join the crowd of both locals and tourists and shop around for fresh fruits, vegetables, cheese, and a lot more. Clothing stores are also available for your Vienna shopping haul.

This apartment complex looks like something that came from a page of a fairytale book- it’s colorful and fascinating. Hundertwasserhaus was designed and conceptualized by an Austrian artist named Friedensreich Hundertwasser, together with a noted architect named Joseph Krawina. 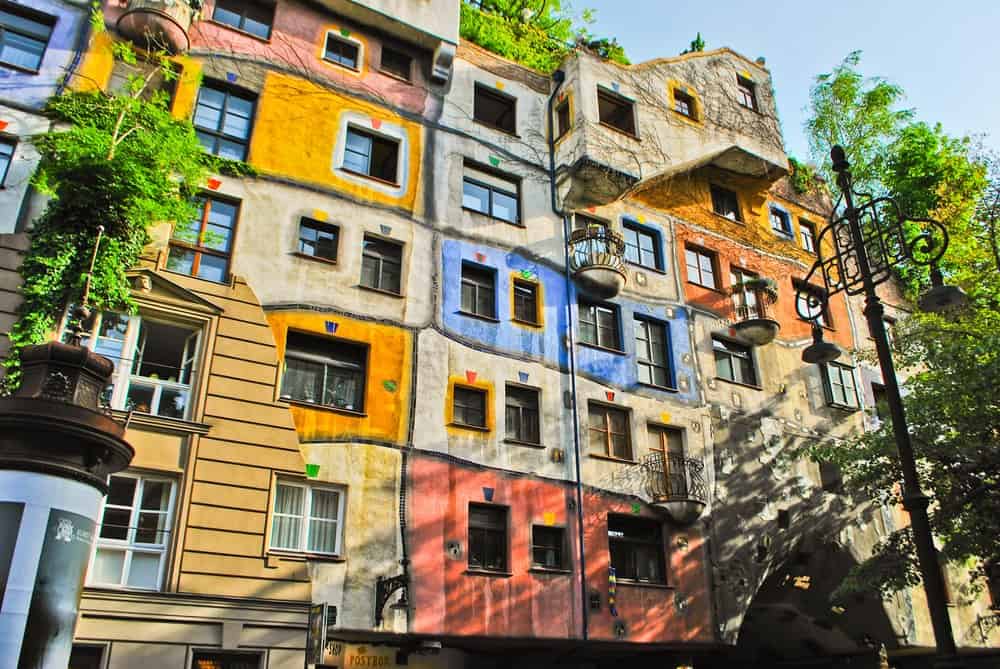 With its uneven floors, earth and grass covered-roofs, and trees growing in rooms with their branches reaching out to the windows, this is definitely a sight to behold. If you would like to enjoy the view in peace, drop by a little early to avoid the crowd. That also makes sure you would be able to get the best angles for your photos- less crowd, less photo bombs.

As a bookworm, this library is my idea of paradise on earth. This breathtaking Baroque structure was inaugurated in 1726 and contains astonishing collections of literary pieces that date back to the 14th century. If you are interested to see over 2 million books housed in one place, you can find it here. Literature lovers could spend hours roaming around the area.

If you are one of those who like to sniff old books, this would be heaven for you. Library tours are open to the public. Aside from the endless array of books, displays of maps, portraits, prints, music, and theater are showcased here. The library has secret passages hidden behind bookcases. If you are in luck, maybe an employee can show you to one. Other tourists compare this to the library in “Beauty and the Beast.”

Schönbrunn Palace is part of our list of places to visit on your trip in Vienna. While you are in Schönbrunn Palace, you might want to also visit the Vienna Zoo. This was founded as an imperial menagerie in 1752, which makes this the oldest zoo in the Western world.

Your animal loving-kids and yourself will have a fun-filled day interacting with the animals here. One of the most popular animals are the giant pandas. The zoo also has its own rainforest house, an aquarium, and an exhibit of animals in unnatural habitats. The zoo is open to guests everyday.

Even if you are not a Catholic, or not religious at all, you might still want to visit St. Stephen’s Cathedral in Vienna for its architectural beauty. Stephansdom (its German title) is the mother church of the Roman Catholic Archdiocese of Vienna. This Cathedral has towered above the streets of the InnereStadt since the beginning of the 12th century and is an important masterpiece of Vienna’s history and culture. When the beloved classical composer Wolfgang Amadeus Mozart passed away in December of 1791, mourners came to St. Stephen’s Cathedral to pay their respects.

The original doors of the cathedral were also used by Napoleon to post his farewells in 1805. Saying that this place has played a part of the city’s history may be a little understatement. Even after going through the Turkish Siege in 1683, attacks during World War II, and the test of time, and after a couple of restorations, the cathedral is still standing mighty and proud in the heart of Vienna. This is frequented by worshipers and tourists daily. Another activity that is popular here is climbing the 343 steps to the top of the south tower of the cathedral for a stunning view. Although the main section is open to the public for free, climbing up the tower requires a minimal fee, but the view is absolutely worth it.