The world is an unfathomably large place—with some pretty big countries. With that being said, however, you may be surprised at just how small some nations are. Even if you’ve looked at a map, there’s a chance that you’ve missed some of our planet’s smallest nations, which sometimes be even smaller than normal provinces or cities.

In this guide, we’ll go over the top ten smallest countries in the world. Who knows? Maybe one of these tiny nations is calling your name!

The Republic of Malta, which officially consists of the small islands Gozo, Comino, and Malta, comes in at number ten on our list. At just 316 square kilometers, the tiny country is one of the smallest on Earth—but also one of the most densely populated.

That’s because Malta has nearly 500,000 inhabitants—quite a lot considering its small land mass. Internationally, the location is known for its iconic beaches and great shopping, which help boost tourism and keep the economy booming.

The Maldives has only been a country since 1965, but despite being only 300 square kilometers, the tiny island nation is doing quite well for itself. 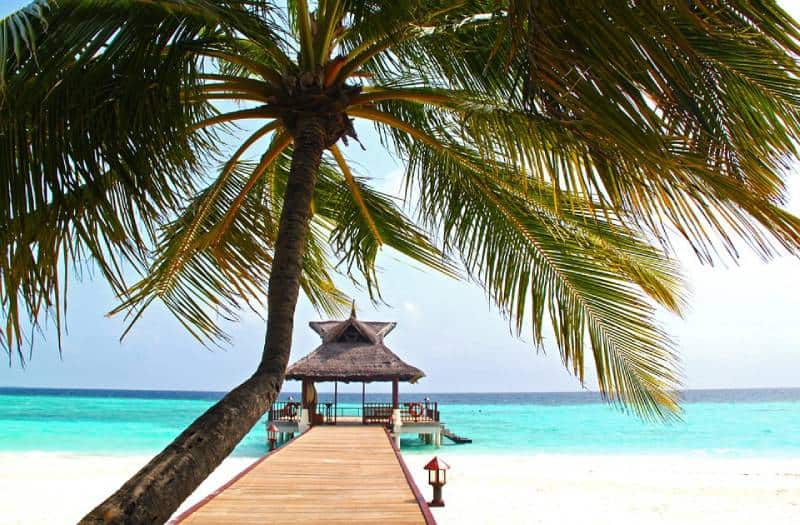 Nestled in the Indian Ocean, the Maldives is actually a series of over 1,000 different islands that receive extensive tourism from beach-ready travelers from all across the world. Take a trip to this amazing nation, which is absolutely ripe for tourism and an unforgettable beach experience!

Former colonies of the West Indies, Saint Kitts and Nevis comprises two different islands in the Caribbean. At one point in time, the islands were prime exporters of sugar cane, but today the nation makes most of its revenue from a combination of tourism, agriculture, and manufacturing.

Tourists are encouraged to visit the islands and experience their beauty for themselves! If you’ve got a penchant for diving, you may want to consider a trip to the tiny nation, which measures only 261 square kilometers in total size.

Clocking it at just 181 square kilometers, the Marshall Islands earn the distinction of being the seventh smallest country in the world. Located in Micronesia in the Pacific Ocean, the islands are home to crystal clear waters and incredibly diverse marine life that make them ripe for tourism. 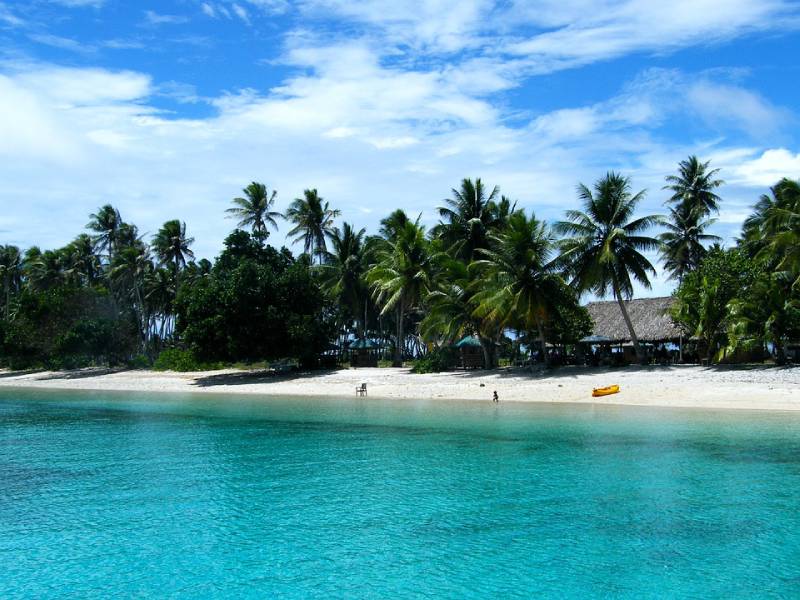 Visitors visit the islands to take part in their beautiful beaches and also to learn about the many famous shipwrecks that have occurred offshore. You can expect to see nearly one thousand species of fish and almost two hundred types of coral in and around the island, making it the perfect place for an all-natural getaway!

Never heard of Liechtenstein? You’re not alone! For this reason, you may be shocked to learn that the nation, which is located in the Alps and can only be reached by passing through Switzerland, has the lowest unemployment rate and the highest GDP per capita on Earth.

The quaint nation measures only 160 square kilometers, which may help to put these numbers into perspective. Still, it’s worth a visit to this incredibly beautiful European nation, which, as it turns out, happens to have retained its monarchy until the present day.

San Marino may only be 61 square kilometers, but don’t let that fool you. The country boasts one of the oldest continuous cultures in the world, with the nation’s origins dating back until 301 AD. This makes San Marino one of the oldest nations on Earth—and well worth a visit. With just over 30,000 people total, the country isn’t densely populated, but it’s chock-full of amazing cuisine and old-fashioned culture that will blow your mind. 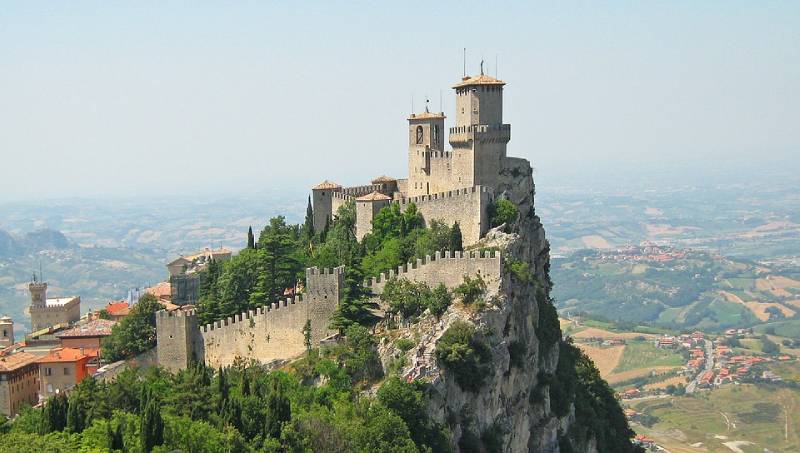 Geographically, San Marino is completely surrounded by Italy, and, understandably, shares many cultural elements with the larger nation. That being said, however, there are enough differences to make the small country stand out—perhaps why millions of foreigners travel to the nation every year, helping fuel twenty-two percent of the country’s GDP.

Located northeast of Australia in the Pacific Ocean, Tuvalu is recognized as the fourth smallest country in the world, clocking in at just 26 square kilometers total. This tiny island, which has a population of just ten thousand individuals, is also one of the least visited nations on Earth, with less than one thousand tourists a year visiting for leisure purposes.

The nation was formed in 1978 after gaining independence from Britain but has yet to make a name for itself on the global scale, besides earning a distinction as one of the poorest nations on Earth. Despite the fact that the average worker in Tuvalu (of whom they’re aren’t many) earns only $1,000 per year, however, the nation offers comprehensive healthcare and education services that may surprise outsiders.

You may have heard of Nauru, the third-smallest country in the world that’s also the nation with the highest obesity rates in the world. Research shows that well over 90% of Nauru citizens are overweight, with nearly half of them suffering from Type 2 Diabetes. 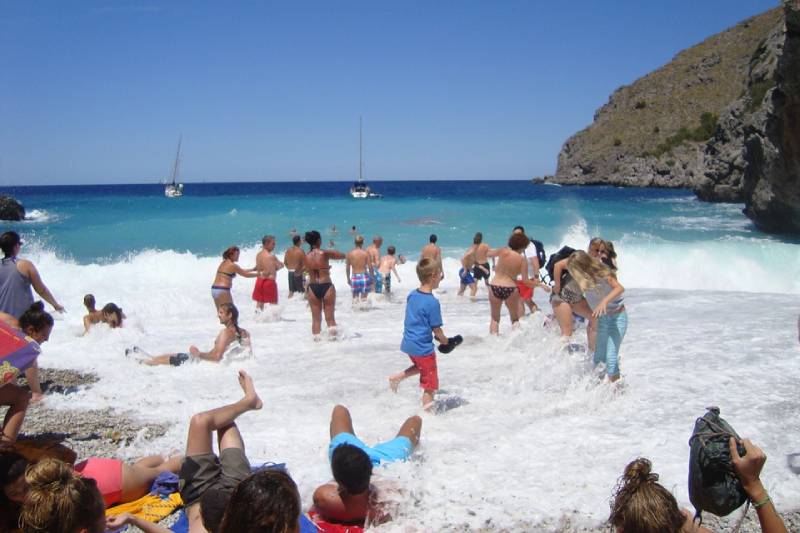 Unfortunately, this problem doesn’t appear to be getting any better, as the nation is also one of the poorest in the world following the death of its lucrative phosphate mining industry in the early 2000s. With over 90% of citizens unemployed, it’s likely that problems on the island—which receives very little tourism—may take some time to get sorted out.

Despite the fact that its population is just 36,000 people, Monaco is the world’s most densely populated country. This is because the nation, which borders France and the Mediterranean Sea, is only two square kilometers across. 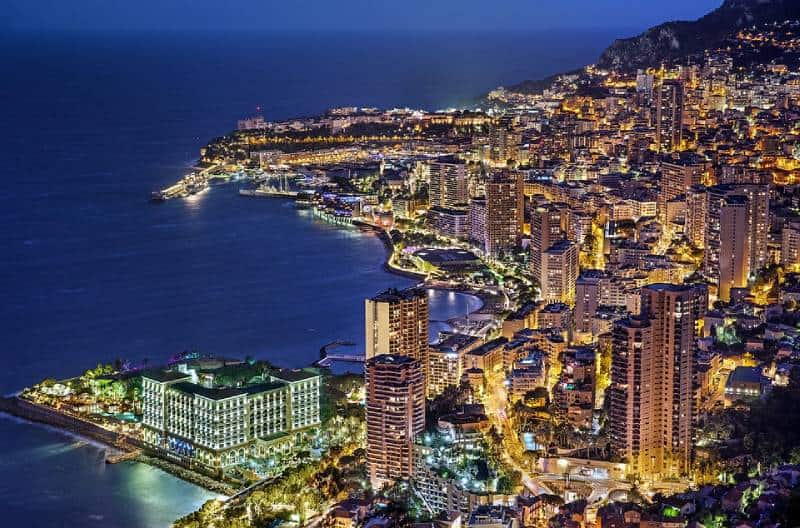 Monaco is known for its luxury and gambling resorts, as well as for being the nation with the highest population of the super-wealthy. Per capita, the nation has more millionaires and billionaires than any other nation on Earth, which also means that the standard of living in the nation is quite high.

At just .44 square kilometers, Vatican City is the smallest country on Earth, but its global significance far outweighs its size. That’s because Vatican City is home to the head of the Roman Catholic Church and the pope, as well as St. Peter’s Basilica, the largest church in the world. 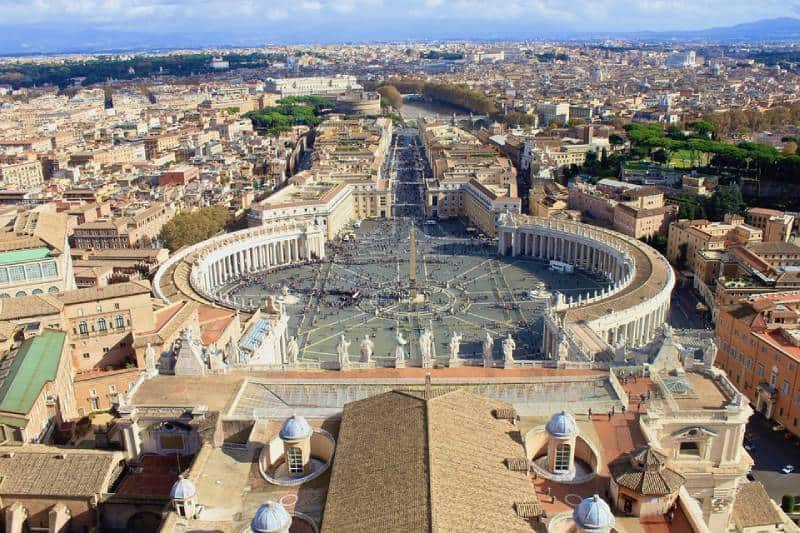 The nation also houses some of the world’s most renowned Renaissance artwork. Vatican City is surrounded by Italy on three sides and fits totally within the city of Rome. Despite this, it’s proven to be one of the most important cities not only in Europe, but also the entire world.