Milan is greatly known for its art, historical buildings, museums, galleries, and stunning churches. It is undisputedly one of the most beautiful cities in the world. Unfortunately, over the years, visitors to Milan have highly concentrated on the same highly hyped about sites.

It is about time that people learn that there is more to Milan than the Duomo, Sant’Ambrogio, and Santa Maria delle Grazie, no matter how stunning they may be. On my latest trip to Milan, I decided to figure out some of the hidden treasures of this beautiful city.

I came up with a comprehensive list of Milan’s hidden gems.

This is a beautiful church located on Magenta 15. It is located near Sant’Ambrogio, so it shouldn’t be hard to find. This beautiful church was originally attached to the female convent of the Benedictines called Monastero Maggiore.

The construction of this church began in 1503, and it is divided into two parts. One section is for the nuns, while the other is for the parishioners. The separation occurred because the nuns were not allowed to mingle with the male parishioners or even the priest.

Communion was passed on to them through a hole in the wall.Its walls are highly decorated with stunning portraits.

This is the charming church built upon the shrine of Saint Satyrus, who was the brother of Saint Ambrose. This church was dedicated to the Virgin Mary. The edifice of this church is made up of a nave and two aisles. 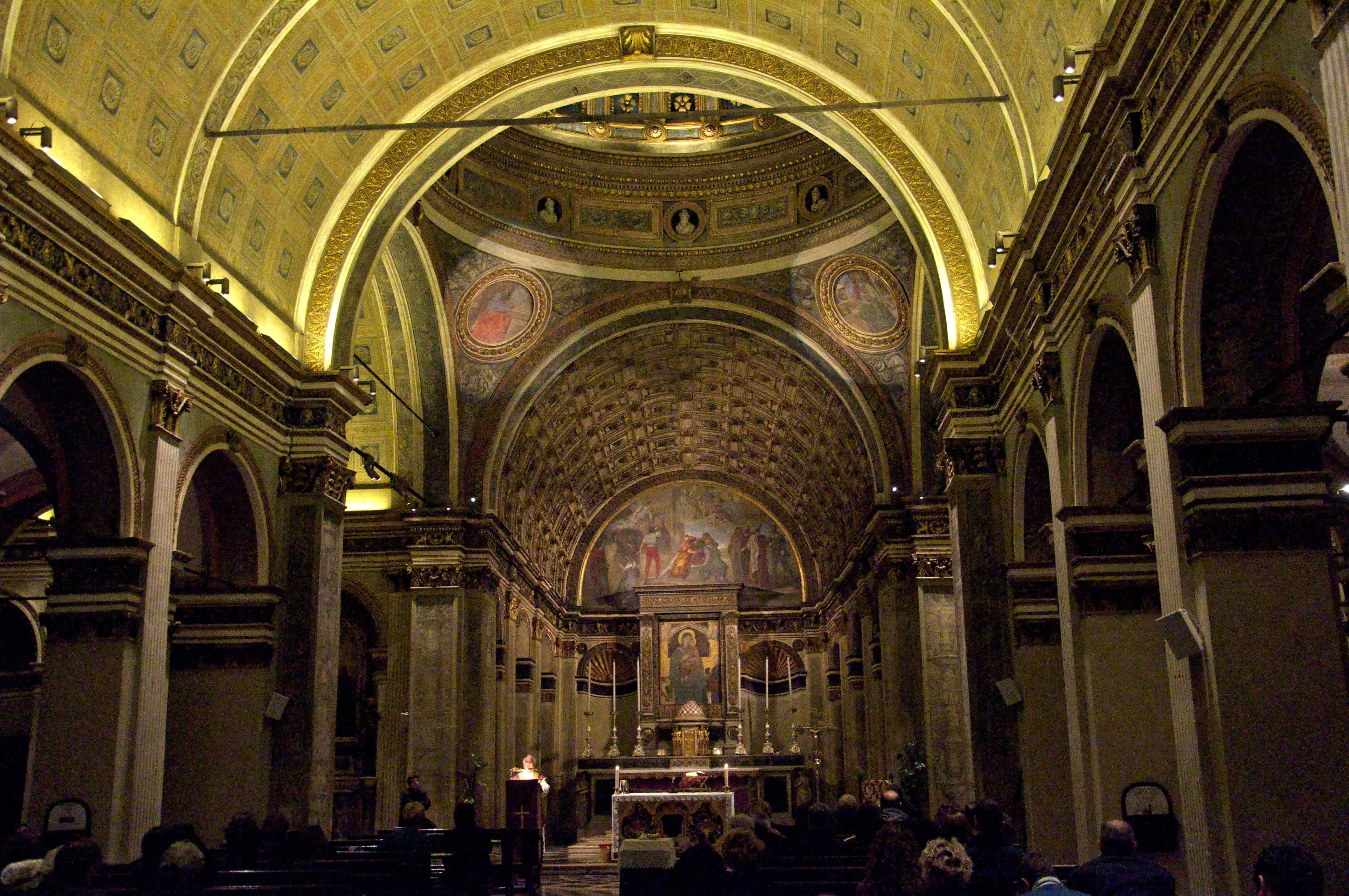 During the extension of this church, its designer Donato Bramante painted an optic illusion in it. This illusion made it appear that when someone is entering the church from the entrance of the edifice, the choir (the space behind the altar) seems significantly deeper than it is.

This illusion ends when one steps aside from the church’s main axis. This kind of optical illusion was quite common during the Renaissance and Baroque period. However, even in those times, Bramante greatly outdid himself with this one. This is a site you should see at least once in your lifetime.

This church and monastery were built in the 16th century. It was damaged during the Napoleonic wars, and was later converted to military barracks. It now houses a museum of science. 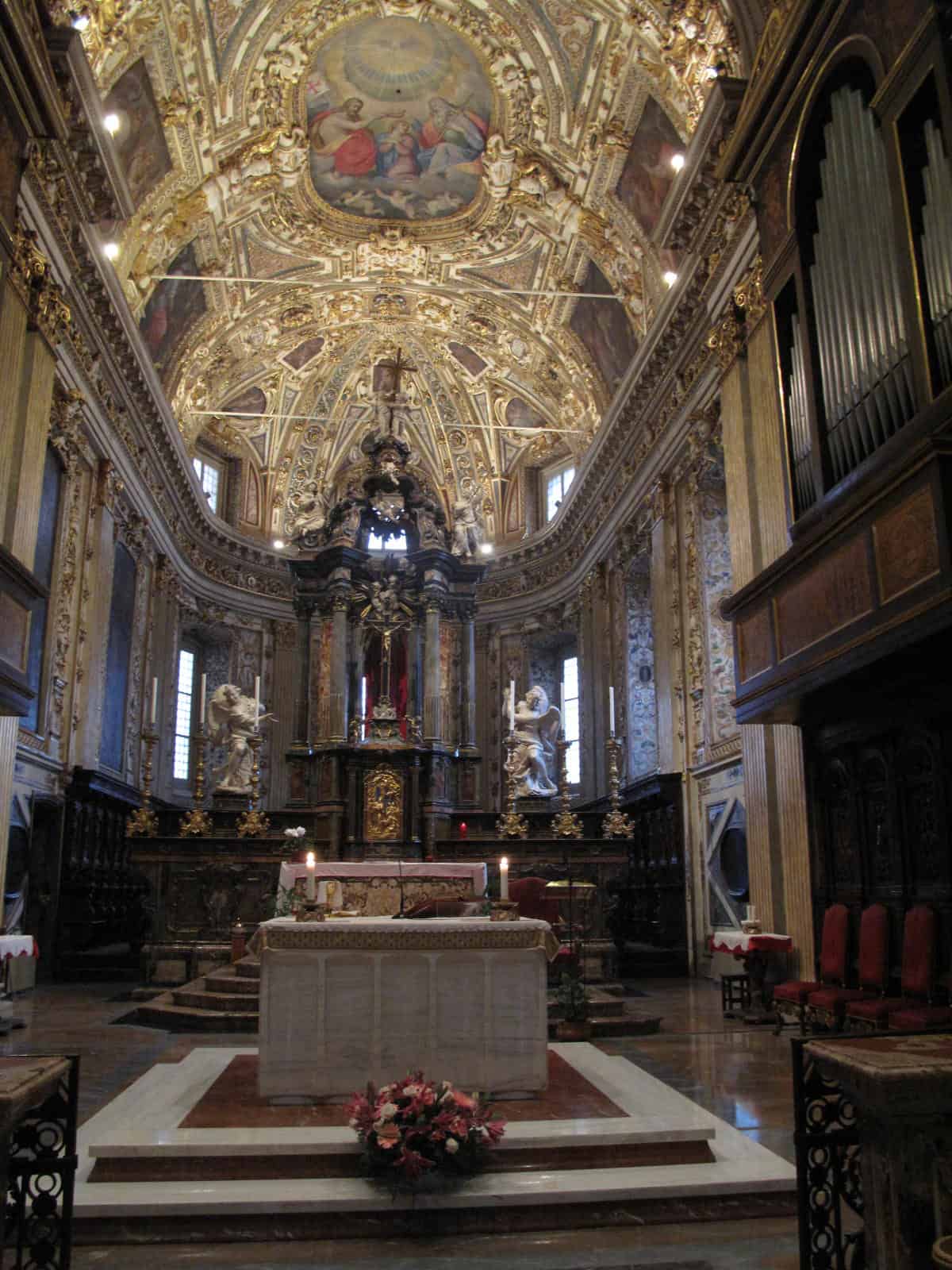 It has a beautiful golden dome, and is decorated with paintings of saints said to be buried here.

This is the house of the great Count Poldi Pezzoli and his family. This museum is found a few steps from La Scala, and features his great collection of works by artists such as Pollaiolo, whose portrait dubbed “Lady Portrait” is the symbol of the museum. 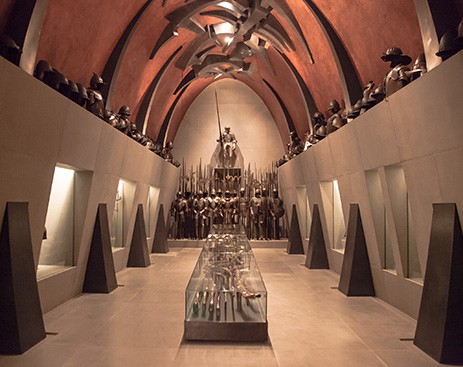 Other artists whose art is housed here include Mariotto Albertinelli, Lorenzo Bartolini, and Botticelli. The Count left the palace to Brera Academy upon his death. The director of the Academy decided to open the museum in 1881.

If you are a sucker for art like me, you will thoroughly enjoy this place.

This church was built in honor of Saint Lawrence, and is located in the city park. It is approximated that it was built somewhere between the fourth and fifth centuries. It is probably the oldest church in Milan. 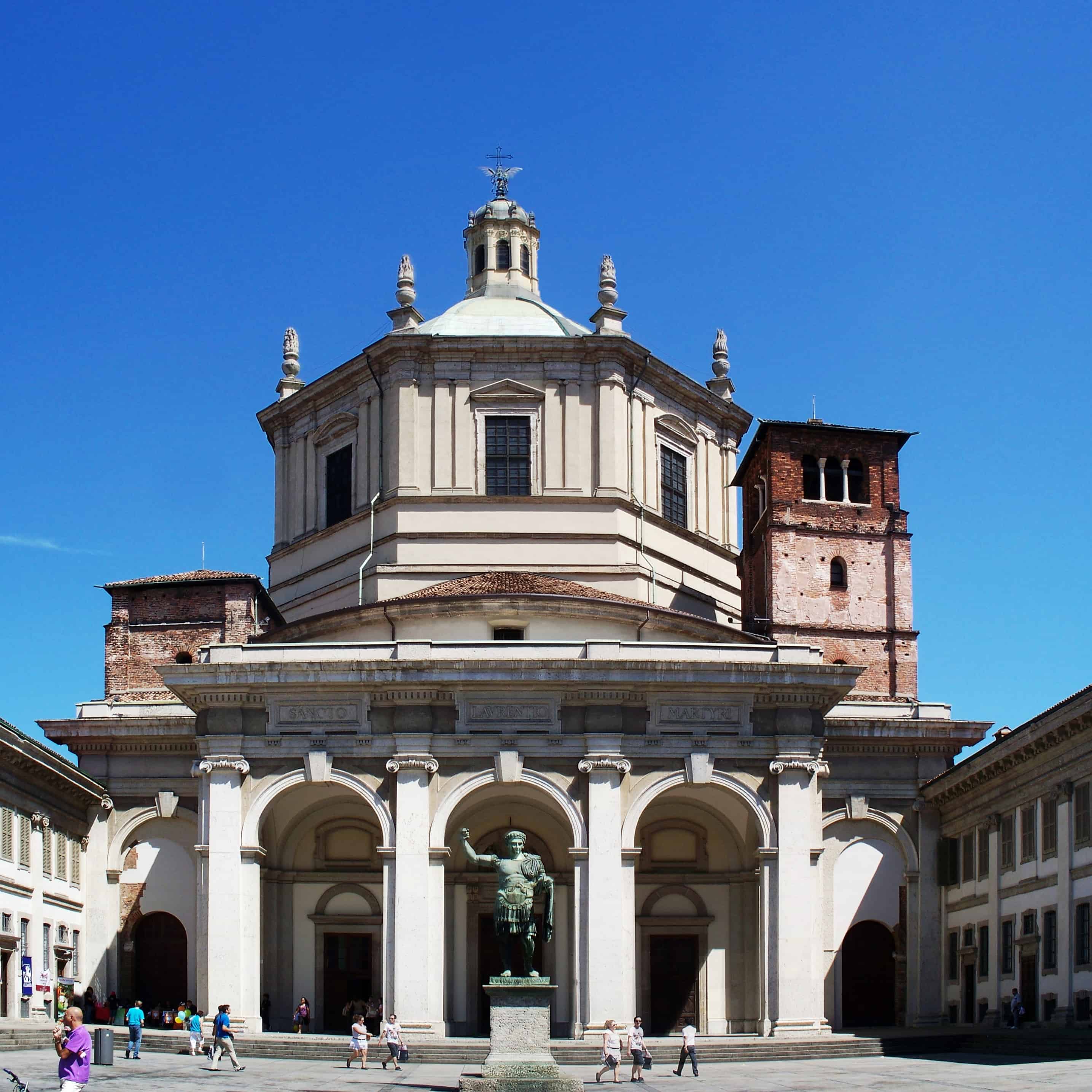 As time progressed, several chapels were added to the basilica, noticeably the Chapel of Saint Aquilino. The architecture of this place strongly reminds you of ancient Rome.

This place was built in the 16th century by Cardinal Borromeo. It is named after Ambrose, who is the patron saint of Milan. The Biblioteca is a library which houses hundreds of manuscripts, while the Pinacoteca houses paintings.

This is an excellent place for lovers of art and history. Some of the noticeable historical manuscripts housed here include the twelve manuscripts of Leonardo da Vinci, including the Codex Atlanticus.

This place also contains works by some of da Vinci’s students including Salai. This place truly is a center for art.

7. The beautiful streets of Quartiere Brera

This street has a bohemian feel to it and is characterized by restaurants, bars, boutiques, and fortune tellers’ booths. This street houses the Brera Academy of Fine Arts and the Brera Gallery. They are both located in the Palazzo Brera. 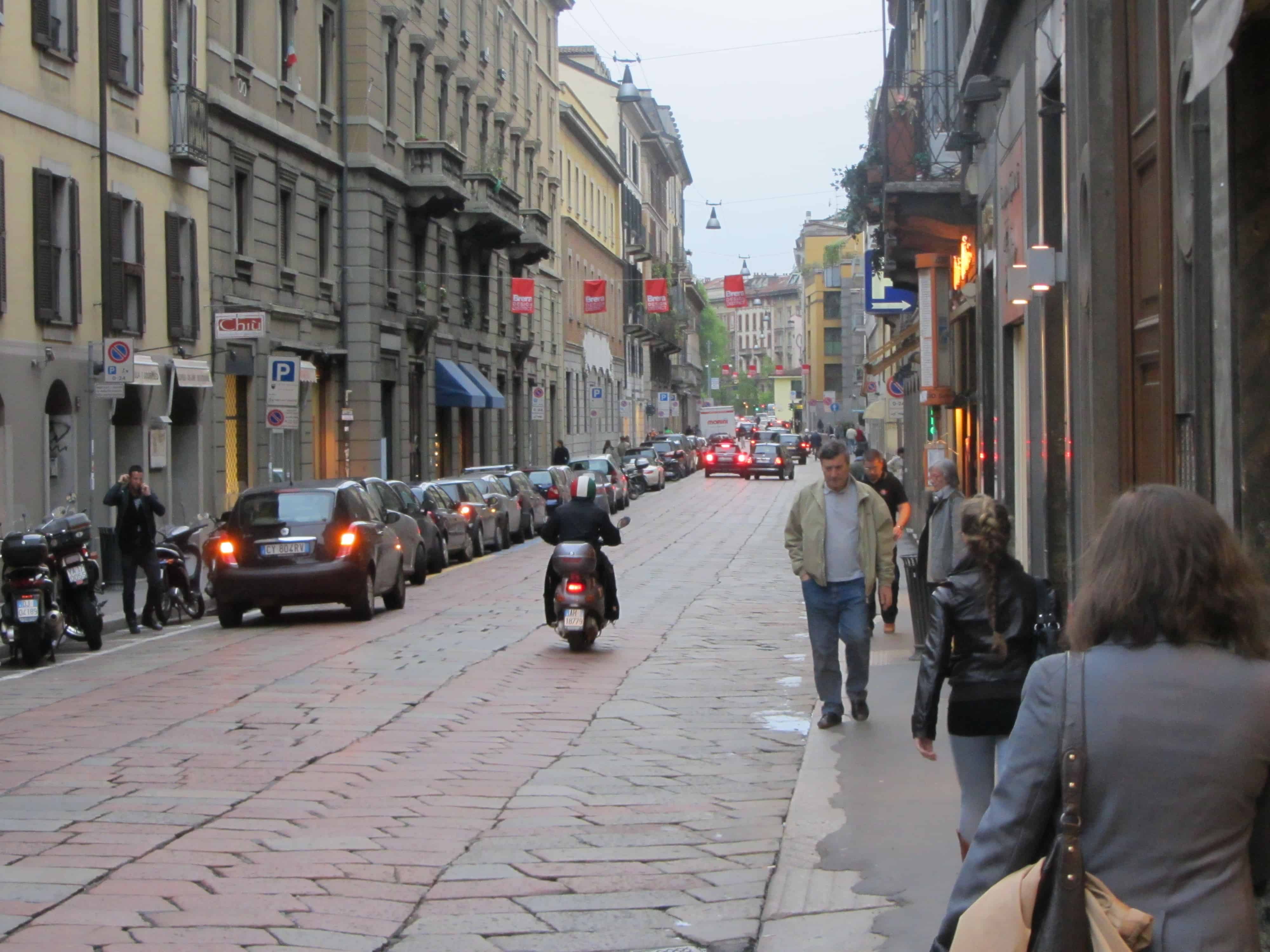 Palazzo Brera also contains Milan’s botanical garden. Needless to say, there is a lot to explore in this part of Milan

This church is located in Northern Italy in the Basilicas Park. It is named after Estorgius I, who was the bishop of Milan. It has a very complex structure, which includes three naves. It is popular since it was a stop for pilgrims on their way to  Rome.

It was said to contain the tomb of the three magi(three tombs). Although it was originally built in the fourth century, several chapels have been added to it over time. In the 13th century, this church served as the seat of the Dominican Order in Milan.

Next to the church, there is an Italian restaurant called Ristorante Sant’Eustorgio, where you can get the best of Italian cuisine while enjoying the beauty of the basilica.

There is also a bakery alongside the church, for those who prefer pastries instead.

I could go on and on about the hidden treasures of Milan, and still, I wouldn’t be able to list them all. Milan is a city of many gems, and needs to be explored slowly. Every street has the potential for great adventure. Its historical buildings and art galleries have been known to serve as an inspiration to many artists.

It is best to experience the beauty and splendor of this city first hand instead of hearing about it. So if you still haven’t been to this city, stop wasting time and get on a plane. The adventure will definitely be worth your time.