Welcome to my Country: Tunisia

A hospitable country, Tunisia is an alluring holiday haven. My country is home to various tourist destinations and activities (beaches, monuments, deserts), and my people are very welcoming. Tunisia is a tiny but beautiful country perched on the north tip of Africa by the Mediterranean Sea, bordered by Algeria to the west and Libya to the southeast. People are usually confused about the country being in Africa. Many of them think that all African countries are highly poor and underdeveloped, and that security measures in African countries are very weak to provide tourists with security. In this travel guide for Tunisia, I will be walking you through the attractions that Tunisia offers for tourists and what you should know about the country, I will also cover the issue of security and terrorism in the country and explore the costs of the trip and the must-have experiences in Tunisia; where to go, what to do, and what to eat.

First of all, I know you probably made your own research on the country with one question on your mind: is Tunisia safe? It is highly likely you came across some very unpleasant scenes from terrorist atrocities, and it is not the images anyone would want to see before deciding where to part for a peaceful and fun holiday. It is undeniable that the two terrorist attacks that hit the country in 2015 targeting tourists resulted in a global negative perception for Tunisia as a tourist destination, but let’s look at it from another perspective; we Tunisians say that our country is the land of paradoxes. In the same year of the terrorist attacks targeting the country, Tunisia won the Nobel Peace Prize, giving all the difficulties that the country had to witness another context which tourists don’t usually see: The Democratic Transition of Tunisia. My country is the leader of the Arab Spring, the first Arab country to aim at democracy and start a peaceful revolution to take down a dictatorship and build a democracy on its ashes.Terrorism was the price Tunisia had to pay for its revolution to see success, and it did. Terrorism also targeted the most famous tourist destinations in the world – New York, Paris, London, Madrid, and Berlin – and the countries that suffered from terrorism found the measures to recover and they are still successful in ensuring the safety of their tourists.

I am telling you all this for a reason: terrorism is not the dangerous threat it used to be two or three years ago, and even though some countries still prefer to advise their citizens against coming to the country for their vacations, reservations and bookings are rising and the Tunisian government is making the success of the tourist season one of its priorities. In 2016, the tourist season was successful, and in 2017, tourism numbers are growing by 30% according to the ministry of Tourism.

In terms of time of visit and weather in Tunisia,it is preferable to visit the northern area of the country between March and May, or September to early December. The months of July and August are not recommended because the heat becomes very high. The desert of the southeast is also easier to visit in spring, during the months of April and May or September to December. In the summer, the coast of the country is the best place to go to; a decent climate and exotic beaches as well as a high number of tourists with guides to facilitate their visit and make their holiday in Tunisia a memorable experience.

How to get to Tunisia, and the entry formalities

In the case of entry to Tunisia with the tourist’s own car, as in any other country in North Africa, the vehicle owner must be aboard it, it is better if he is the driver. Otherwise, an authorization will be needed for the tourist to drive his car in Tunisia. The vehicle will be mentioned in the passport, so you need to highlight the country where the vehicle is from. If your insurance company does not issue green cards to Tunisia, you should purchase an insurance policy to the port. A service station is located at the exit of the port area of Tunis, at the entrance of the large bridge that leads to town.

Cost of living and currency

The Tunisian Dinar (TND) is the currency of Tunisia; one Dinar is divided into a thousand millimes. When it comes to change, 1 USD = 2.4 TND and 1 EUR = 2.68 TND. Credit cards are accepted by most hotels, resorts, and markets in the country, and ATMs are easy to find in most cities and towns. MasterCard, American Express, Diners Club, and Visa are accepted, and your bank will keep a small commission for each of your withdrawals. The import and export of local currency is strictly prohibited. There are no limits to the foreign currency you can bring with you. Life in Tunisia is cheaper than in Europe and most Arab countries.

Tunisian cuisine originated from ancient traditions; it is a result of various cultural heritages such as Berbers, Arabs, Italians, and many other cultures. Tunisian Cuisine is very spicy due to the use of harissa in cooking. The fish is consumed a lot along the coast. Most restaurants will brings you an assortment of free appetizers.

The Tunisian kitchen is Mediterranean, African, and Eastern, rich in many specialties varying by the regions. If I wrote about the Tunisian kitchen, it would have to be in an independent guide.Instead, I will invite you to three meals you need to have if you make it here:couscous, lablebi, and kafteji. You will be amazed by how tasty they are.

Where to go and what to do in Tunisia

The Beach and Warm Weather:

Tunisia has a coastline of 713 miles, crossing towns such as Sousse, Mahdia, Djerba, and Hammamet, which are known for their great beaches and welcoming locals.

Hammamet is a beautiful place to visit with its luxury hotels, night clubs, bars, and restaurants. It has an astonishing azure sea, clean white sand beaches,and decent weather. The medina of Hammamet dates back to around 1500.It is old, but its condition is excellent, and most of its streets offer a very authentic experience, giving you the opportunity to buy gifts and have memories never to be forgotten. 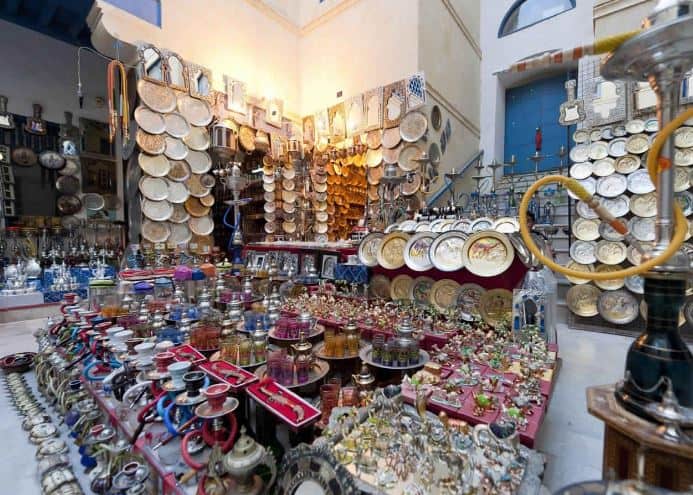 Mahdia is the former capital of the Fatimids. When visiting the town, we turn back to the fishing port, the second resort to be faced with the Skifa Kahla; a huge gate giving access to the market of Mahdia, where you can find almost all of the town’s heritage, where old ladies and men expose for sale a set of very beautiful traditional costumes. Silk and traditional clothes are spread and a market for gold jewelry is practiced. You will admire the traditional female costumes of Mahdia; the breathtaking old design and the perfect combination of gold and costumes makes the traditional costumes of Mahdia very special, featuring brightly colored silk with shining gold. 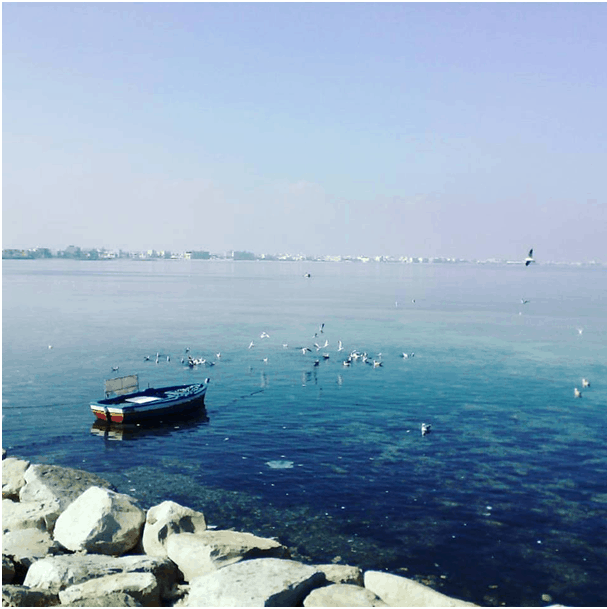 With its large fishing port, flush waves, and beautiful beaches, Mahdia has everything to seduce. Hotels of different prices and good quality have settled there to make a nice resort for good holiday seekers. Borj Erras Mahdia is a great place to visit. A calm and peaceful peninsula surrounded by the sea from three areas, it is combination of history and beauty. 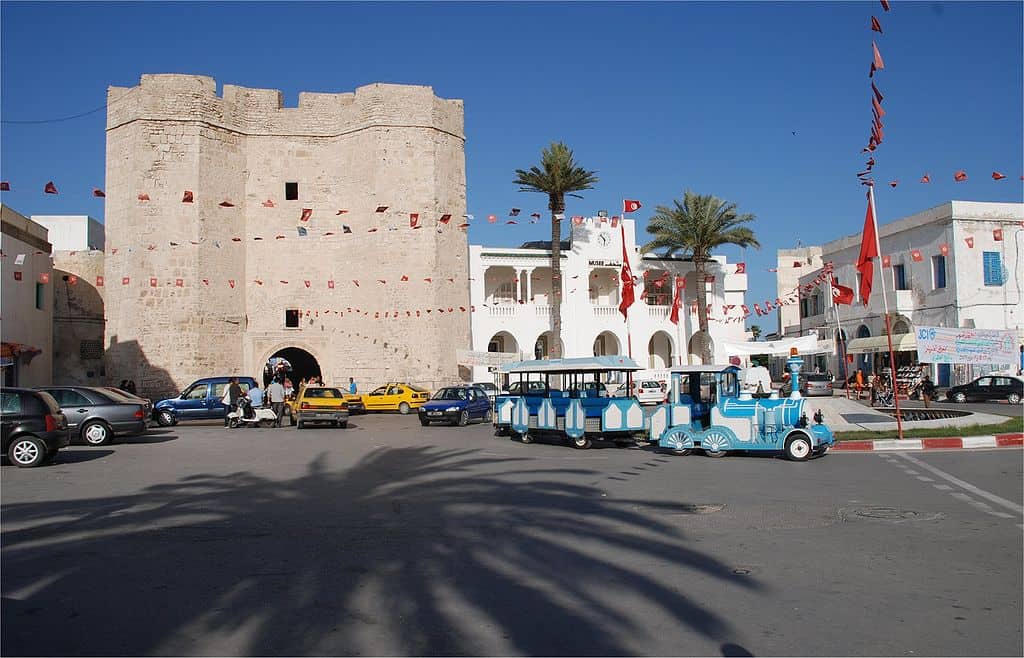 While many tourists visit Tunisia for its beach and decent weather, many others choose the country as their holiday destination for the beauty of its historical monuments. Tunisia has managed to preserve almost all of its historical sites, giving its visitors the opportunity to re-live ancient times and get to discover old cultures the Romans and Fatimides.

I will try to mention some examples of the great Tunisian monuments.It is really a hard choice to make since I can’t mention all of them, but I invite you to look them up.

The Amphitheatre in Jemis almost similar to the famous Colosseum in Rome, which is not much bigger. They have a matching architecture and many believe that the Tunisian version is in a way better condition than the one in Italy. The amphitheater was built by Emperor Gordian at some point between 230 and 238 AD. In its prime, some believe that it could have held up to 60,000 people, with it being 162m long by 118m wide. Unsurprisingly, the amphitheater is unique, and there is nothing similar to it in North Africa in term of size. 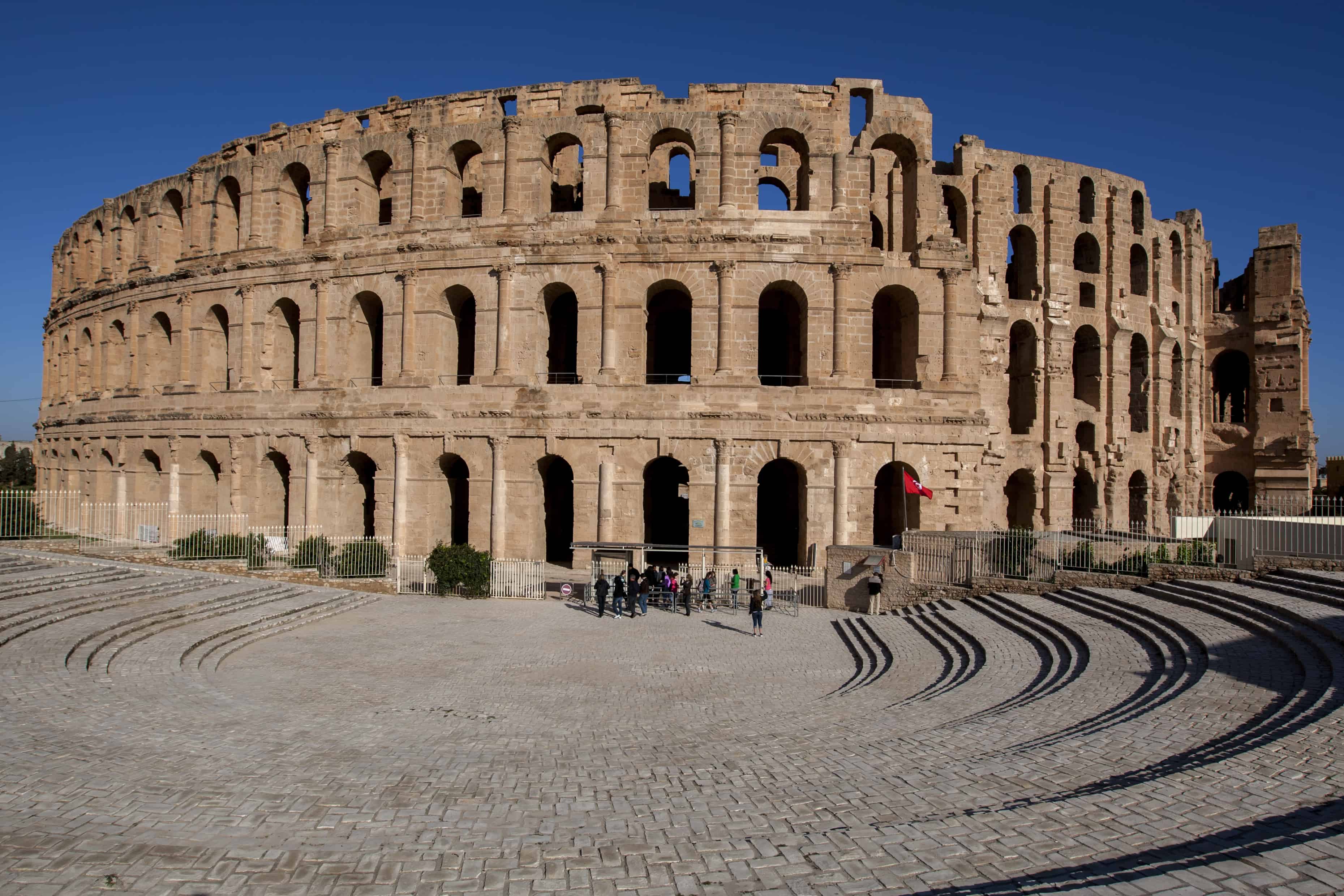 During the Roman era, Sebitla was a key area for the Romans before being taken by the Muslims.

In Sebitla, visitors have the chance to feel the Roman presence and admire the flawless architecture of the site. Minerva and the Temples of Jupiter are both well-known; there is a museum in Sebitla that provides its visitors with information about the history of the site. 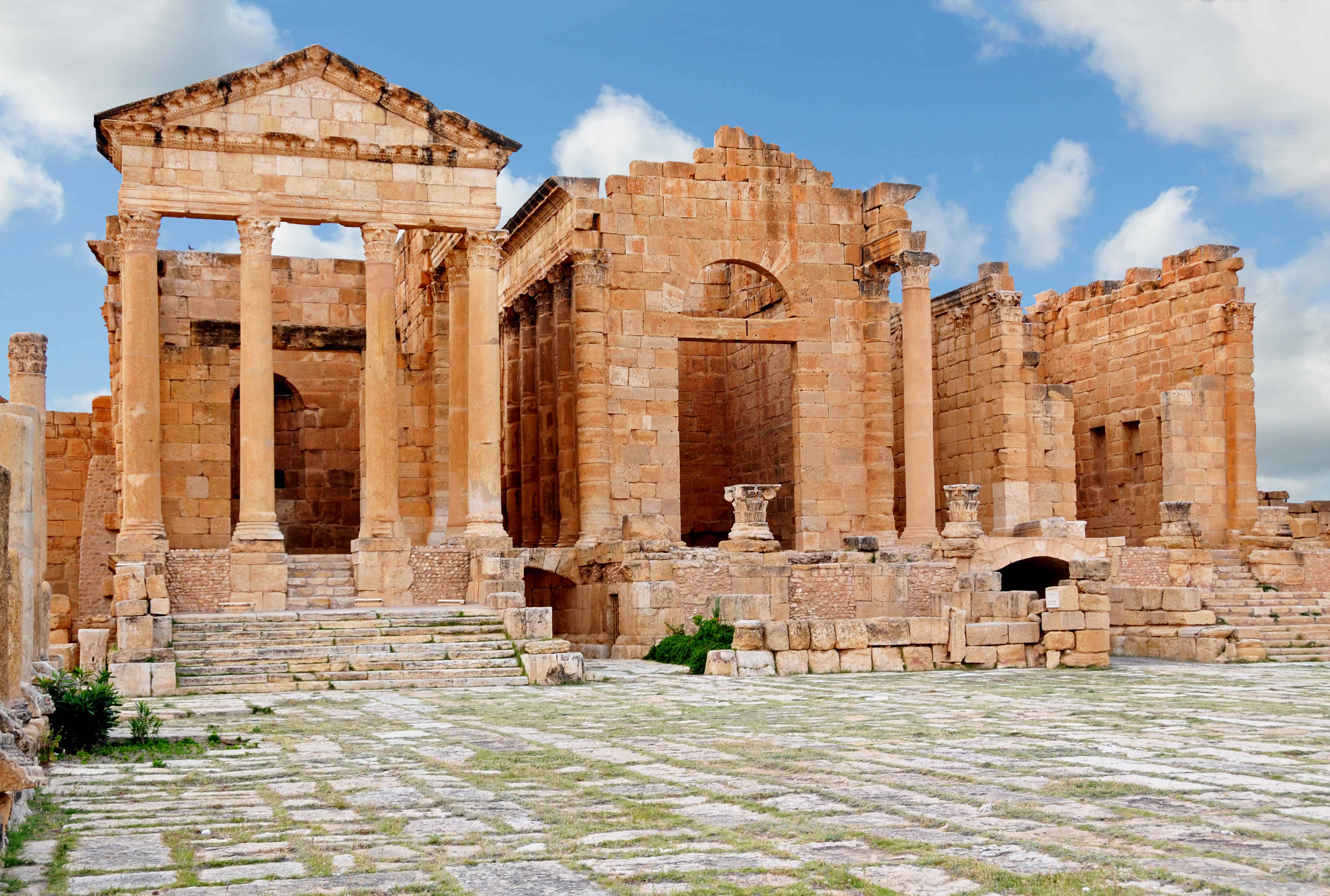 The Medina of Tunis is situated in the heart of the capital of Tunisia, containing more than 700 monuments and buildings, many of them dating back thousands of years, and that’s one of the reasons it’s a must-see area for tourists visiting Tunisia.

In history, it was the center of commerce, and it still is, but now it contains more tourist-destined shops and markets. The Medina also contains mosques of many types, such as theAl-Zaytuna and Sidi Mahrez Mosques. Bab Bhar is a must-see monument, too; it is the gate to the Medina.

Tozeur is an oasis and a city in the southern-west of Tunisia. The city is located northwest of Chott el-Djerid, in between this Chott and the smaller Chott el-Gharsa. Home to thousands of palm trees, Tozeur is a large oasis. In Tozeur, you can have the opportunity to ride a camel and explore the Sahara.

Tozeur is also the place to be for Star Wars fans due to the spread of many sets from the Star Wars movies: the Lars Homestead exterior, the MosEspa set, the Sith infiltrator landing site, and the Star wars canyon.