You probably know the basic theme parks: Walt Disney World parks, Magic Kingdom, Hollywood Studios, Animal Kingdom, and EPCOT.  Most of those names make sense until you stumble on EPCOT and then you wonder what EPCOT stands for. What does it really mean? Or better yet, does it even mean anything?

To understand what these letters mean or stand for, you have to first understand that EPCOT was an acronym for a dynamic world that was supposed to be constantly changing, a world that introduces, tests, and celebrates new ideas and technology constantly – a world of tomorrow.

Let’s see what EPCPOT means and stands for:

Putting these five letters together, EPCOT stands for Experimental Prototype Community of Tomorrow.

Now we know exactly what the letter stands for,  what does EPCOT itself mean? What does Experimental (E) Prototype (P) Community (C) Of (O) Tomorrow (T) really signify? Why was it named EPCOT? What were the creators hoping to achieve with EPCOT?

Walt Disney had a plan for a utopian city and his goal was to create a place that would use new ideas and technologies to allow everyone to thrive within the massive community which would include churches, residential homes, schools, and urban centers. Disney wanted these residential and urban areas to be connected via multiple mass transit systems, a grand idea nonetheless, but, this idea was abandoned after Walt’s death. No one really wanted to tackle a project that large without the person who created the vision to begin with.  They were also afraid of failing and not having it exactly as Walt would have wanted it! And in reality, Walt’s company was unsure of how they would maintain a fully operating city without Walt to spearhead the idea. So EPCOT was abandoned for some time.

Despite these concerns about the magnitude of ECPCOT and what it would entail if they were to ever pursue and complete it, those in charge wanted to honor Walt Disney’s thinkings and complete his project somehow although they couldn’t agree on how.  They were building a new park so had an opportunity to honor Walt. Some people wanted the theme park to include elements with innovative technology, while others wanted to display different cultures and customs inside the new park. Eventually, they decided on a park that had two sections – Future World and World Showcase – where both ideas where met.

This new park was turned into EPCOT Center and it opened on October 1, 1982. The park located at Walt Disney Resort in Lake Bay, Florida, was built after Magic Kingdom was completed. It is however, twice the size of Magic Kingdom at 305 acres. This is probably not surprising since EPCOT is considered a permanent world fair filled with technological innovation and international culture. It had to be big enough to fulfil its mission. 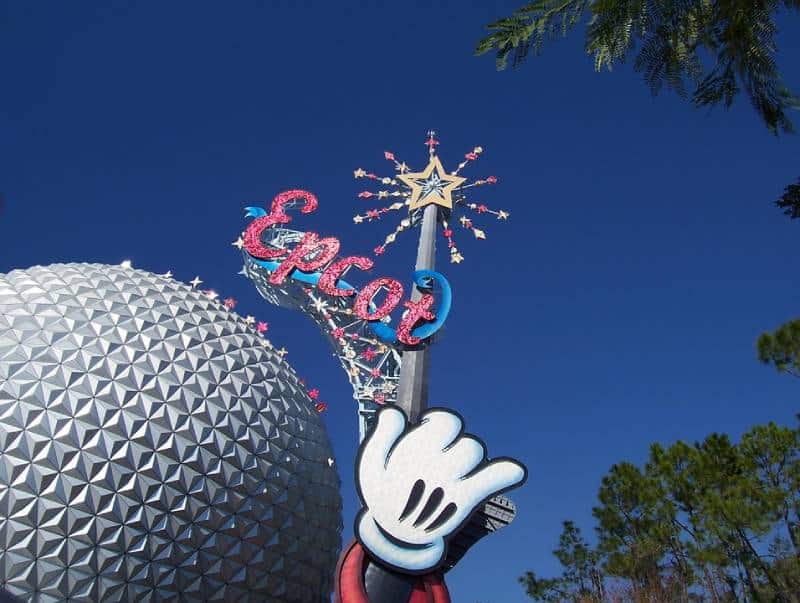 In 1994, the park was renamed from EPCOT Center which was the original name when it opened in 1982 to Epcot (in small letters). In 2019, Disney changed the name from Epcot (little letters) back to EPCOT in keeping with its goals to be futuristic. They did however drop the “center” from the name.

Epcot has undergone many changes in recent years, but the concept remains the same. The plan is to continue including new futuristic and high-tech ideas into this park while improving the international cultural and custom components at the same time. This dual features make EPCOT a unique park for families to visit and a great weekend getaway with kids.

Eleven countries are represented in EPCOT – Japan, Germany, Mexico, Norway, China, Morocco, France, Italy, United Kingdom, France, and Canada. Each country has it’s own pavilion where you can visit to learn more about the country and it’s culture.

While EPCOT may not be the massive interconnected-residential area with twenty thousand people like Walt Disney had wanted, it is still something that he would be proud of. Experiments and prototypes are still being completed at EPCOT and it is still a community that brings people together from all over the world to learn about other cultures and customs.

EPCOT is the seventh most visited theme park in the world which is a huge accomplishment. It is also the fourth most visited park in the USA. It also hosts almost 14 million guests almost every year, much more people that Walt Disney had ever imagined would make up the EPCOT community.

The Experimental letter “E” is still very much visible in EPCOT as a lot of things are experimental and ongoing. The letter “P” which reinforces prototyping is something the theme park stands strongly for and besides, prototype goes hand-in-hand with experimentation. The letter “C” which represents the community is very much visible in the millions of visitors that visit EPCOT each year. And the letter “O” meaning “Of”, leads to one of the most important letters in EPCOT, the letter “T” which stands for Tomorrow.  EPCOT is all about being classic and while keeping a pulse on the future, on tomorrow.

The focus of EPCOT has always been tomorrow, and the park works hard to ensure that tomorrow “never ends” by implementing new ideas long before every tomorrow arrives.

This is best explained by the letter  \“t\” which is one of the most important things this park stands for – “T” for tomorrow!

Going to EPCOT will never be the same now you know that EPCOT was not just a coined named but a thought-out project to celebrate humans, technological innovation, and culture from all over the world.

Next time you walk through the gates of EPCOT, stop and think what the letters E.P.C.O.T stand for. We bet you’ll see all the experimentations, prototype, and cultural artifacts in scattered all over the park in a new light!