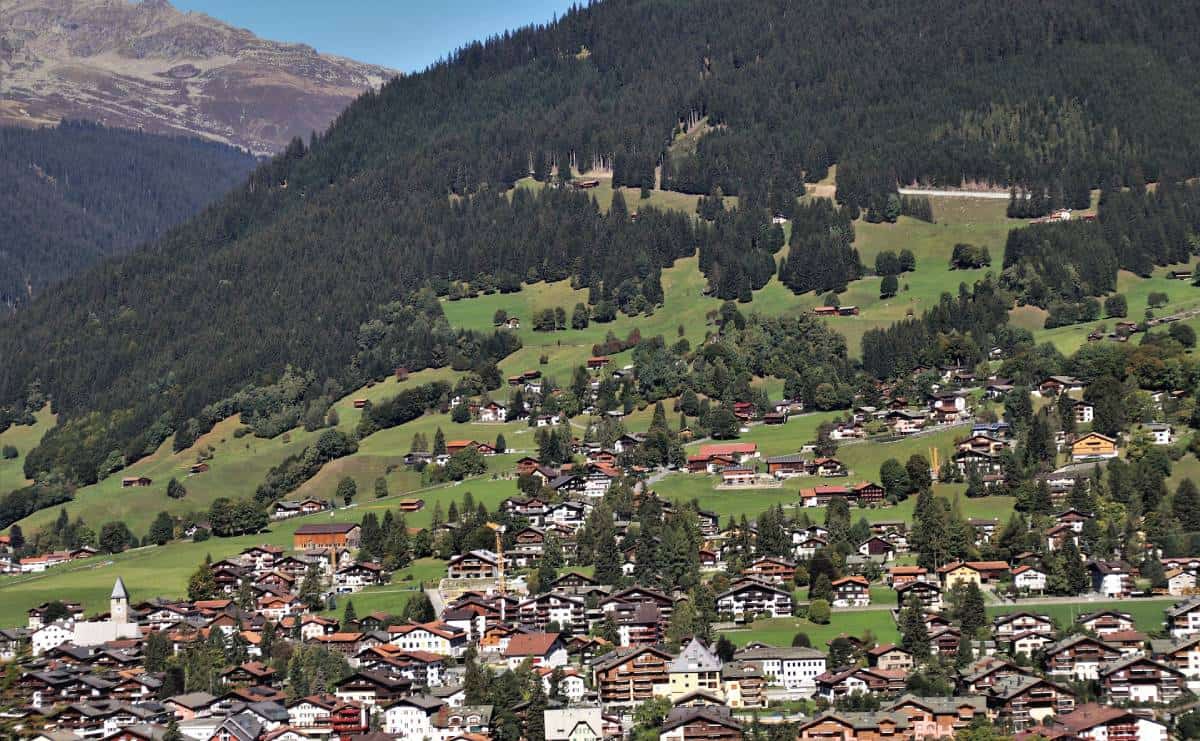 Liechtenstein is a small European country landlocked in Switzerland and is one of the few countries still ruled by a monarchy. It measures about 60 square miles and is also one of the richest and safest countries in the world.

The official language of Liechtenstein is German, however, like most places that get a lot of English-speaking tourists, a lot of people in Liechtenstein speak English.

So how do you get to Liechtenstein without an airport and railway? Luckily you can fly to nearby Zurich International airport and them make your way from Zurich to Liechtenstein, just about 75 miles away. The options for getting to Vaduz, the capital city of Liechtenstein is mostly by road with a car, taxi, or bus. You can also catch a train from Zurich however, very few trains make stops in this tiny country but it’s certainly possible and a scenic ride as well!

So, it’s quite possible you’ve never heard about Liechtenstein and if so, you might be curious about where this little country is located! The map of Liechtenstein below can show you exactly where it is located!

2. What is the capital of Liechtenstein?

Vaduz is small and cute; frankly, you can see all of it in just a few hours. It’s the capital of Liechtenstein and is also the seat of the parliament. Vaduz is located along the Rhine River and has a castle – Vaduz Castle also known as Castle Vaduz which houses the royal family. Yes, Liechtenstein has a princely family and is ruled as a monarchy. The Vaduz Castle is one of the most important landmarks in Vaduz and also in Liechtenstein – again, no surprise, it houses a very important family and has housed past queens, kings, princesses, and princes. The castle sits on a steep hill and is generally not open to the public.

Aside from the castle, Vaduz does have a few other things going for it. The National Art Gallery as well as the National Museum are located right in the main area of town. You can certainly see these within minutes of each other if you chose to spend a few hours in Vaduz. The government building of Liechtenstein is also located in Vaduz and so is their famous church, the Cathedral of St. Florin. And if you want to get your passport stamped while you’re in town (since you can’t do that anywhere else since there’s no airport in Liechtenstein) you can do that right in town at the Visitor’s Center and that’s not easy to miss. This visitor’s center is right in the middle of town, in front of where most of the cars and tour buses stop. For avid postage collectors, Vaduz has a Postage Stamp Museum so you can get your fill of postage dating back centuries. And, not surprisingly, Vaduz also has a Ski Museum. With all the Swiss Alps surrounding Vaduz, skiing is a popular sport in the area.

3. What River separates Switzerland and Liechtenstein?

Liechtenstein itself is made of valleys and peaks. Given the fact that its terrain is so variable, it can experience a lot of different micro-climates and so you never know what to expect. But generally, it mimics the weather in Zurich so expect it to be cold during the winter and warm during the summer.

The Rhine River is considered the second longest river in central and western Europe after the Danube River. It spans across so many European countries including Germany, Austria, Switzerland, Netherlands and of course, Liechtenstein. The river primarily starts in Switzerland and empties into the North Sea. The largest city on the Rhine River is Cologne in Germany.

4. What currency does Liechtenstein use?

Liechtenstein due to its position on the map (landlocked in Switzerland) uses Swiss franc as it’s official currency. At the time of this writing, the Swiss Franc is equal to about one US dollar and so you’re pretty much safe to convert the currency 1:1 in case you’re heading to Liechtenstein from the US. The exchange rate for other currencies will vary accordingly. The three-letter code denoting Swiss Franc that you’d most likely see on your receipts when you purchase things or pay for items is CHF. Apart from denoting Francs as CHF, the official symbol of the Swiss franc is Fr and this is the currency that Liechtenstein uses for all transactions within the country.

5. What are the tallest or biggest mountains in Liechtenstein?

Liechtenstein is right in the middle of Switzerland so by virtue of its location, it’s naturally surrounded by valleys, mountains and Alps. A few mountains are worth mentioning since they are considered the highest mountains in the area: The Grauspitz, Naafkopf, and Schwarzhorn.

The Grauspitz also known as Vorder Grauspitze or Vorder Grauspitz is located between Switzerland and Liechtenstein and is about 2599 meters or 8527 feet above sea level. This is the highest mountain in Liectenstein.

The second highest peak, Hinter Grauspitz  also known as Schwarzhorn is about 2574 meters a little easier to climb than Grauspitz which is not very climber-friendly.

Mountain Naafkopf comes third at just about 2570 meters and is located along the borders of Liechtenstein, Switzerland, and Austria.

6. What to do in Vaduz, Liechtenstein?

If you’re looking for plenty to do in Liechtenstein, you might need to dial back on what to do as there isn’t much to do here compared to most other European capital cities. The good thing is that you can see all you need to see in Vaduz within hours and check the city off your list, that is, if you’re into exploring new places for the fun of it. If you want to spend more quality time in Liechtenstein though, you should consider visiting other surrounding cities around Vaduz but frankly, most people make this capital city just a day trip from Zurich and other neighboring parts of Switzerland.

So, are you wondering if Liechtenstein if worth visiting? Certainly! Yes, please do go.

Despite being so small that you can drive from one end to the other within thirty minutes, there are still things to see and do in the capital city, Vaduz, as well as other little towns around Vaduz. If you were to head to Vaduz, the first place to start would probably be the prominent castle, Vaduz Castle which houses the royal family. Vaduz Castle goes back to the 12th century and is not open the public at this time.

Vaduz Castle is just a little walk away from the city center and Visitor’s Center where you most likely would be dropped off if you arrive by bus, car, or other public transport. This Liechtenstein Visitor’s Center is a good place to get tourist information as well as buy some souvenirs and stamps.

And not too far from the castle is the Cathedral of St. Florin. This fully operational cathedral is also known as Vaduz Cathedral and it dates back to 1873. Visitors can go inside the Cathedral to see detailed glass windows, beautiful lights, and high ceilings.

And if you have a chance to wander the one and only main street, Stadtle (which you might need to walk on to get to the castle), you can visit other Liechtenstein attractions such as the National Museum and the National Art Gallery. You can also visit Kunstmuseum Liechtenstein which is an interestingly modern building that houses international contemporary art.

Stadtle is lined with shops, restaurants, and a few good ice cream shops. And if the weather is nice, you’ll find a few street musicians and singers.  And when you’re done wandering around Stadtle and completed what is there to do in Vaduz, you can sit on one of the benches on the street and enjoy the fact that you’ve just visited the smallest country bordering two other countries, and one of the only two countries doubly landlocked in the world! The other country is Uzbekistan in case you’re wondering. You’ve also visited one of the smallest countries in the world. And being a monarchy doesn’t hurt.

Enjoy your trip to Liechtenstein and don’t forget to learn how to pronounce “Liechtenstein” before getting there – you’ll be pleasantly surprised to learn that it’s not pronounced as it’s written! And, the locals will appreciate you pronouncing their country the right way.

So now you know what river separates Switzerland and Liechtenstein as well as some other fun facts about the country!