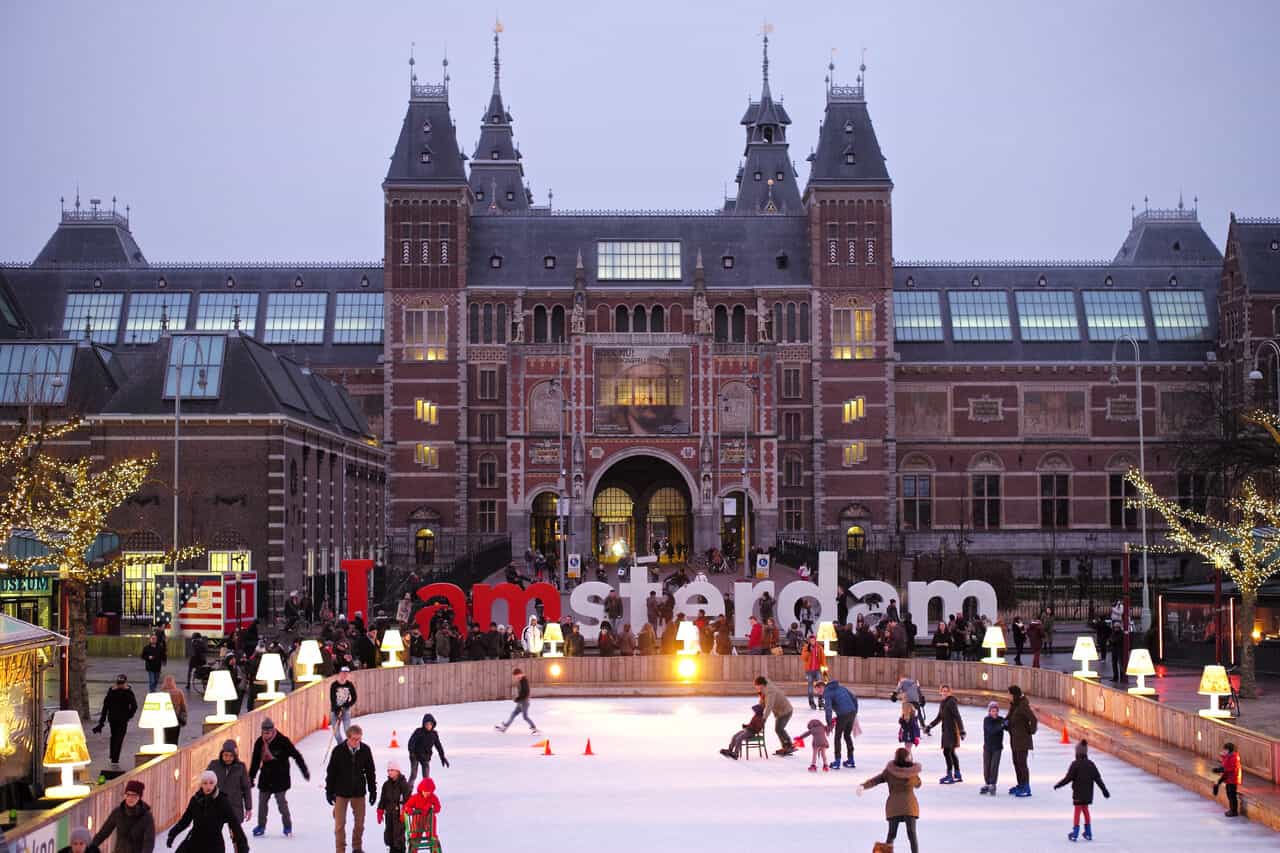 Amsterdam, Holland is probably one of the quaintest cities that I’ve ever visited. The Dutch are notoriously unique with architecture, so many of the row homes are leaning one way or another, and while this may not be ideal for the people living in it, it paints a beautiful picture as you walk – or bike – around the city. You’ll rarely find two adjacent homes of the same color, and everyone has an artfully formed top. You and your kids with both be looking around in wide-eyed wonder.

What makes Amsterdam even more appealing for a European family vacation is its considerably mild weather. It’s very unlikely that you’ll have any sort of extreme weather in Amsterdam, so you’d have no problem going during an off-season if you want to avoid the crowds – July is peak season. And it’s fairly easy to communicate, as well! For one, a lot of the Amsterdam language (Dutch) is just a word that we would use in English with another syllable tacked onto the end; it’s actually quite nice. But also, much of the population understands and speaks English. And, of course, there is ton for you and your kids to enjoy in this vibrant city full of character. 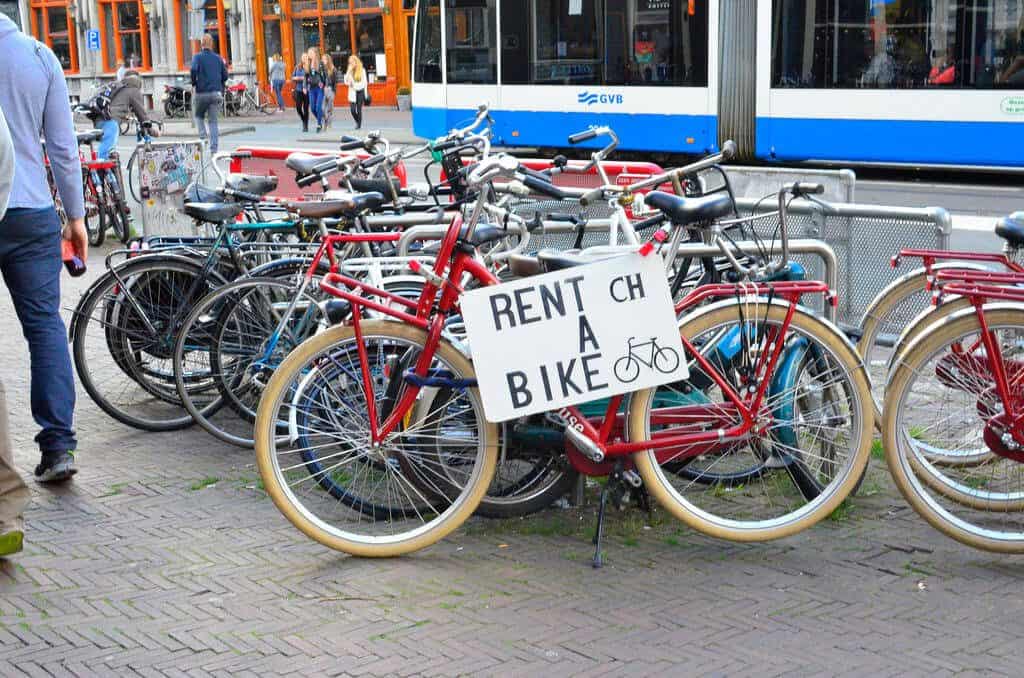 If you know anything of Amsterdam, you know it’s a huge biking culture. Biking alongside the locals can be a bit intimidating, but don’t let them scare you off as you’ve got to spend at least a portion of your visit to the city on a bike. However, if your kids are little enough, you’ll want to get one with a backseat to strap them in. Otherwise, you might want to wait until they’re on the older side as some streets can actually be quite dangerous! 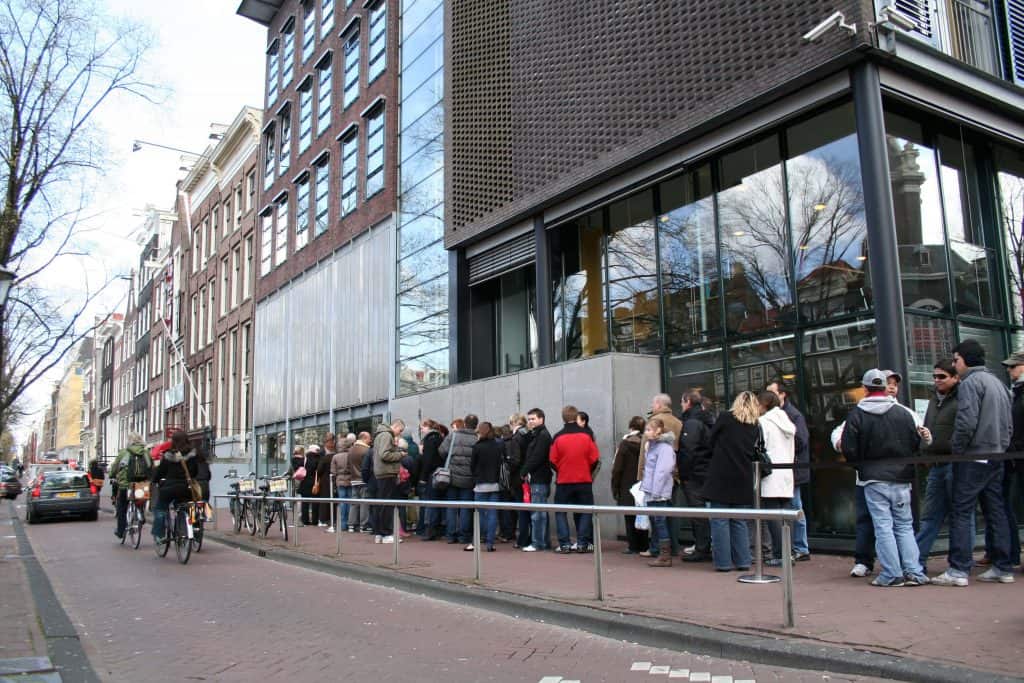 Though this sight can be a bit sobering, it’s a key place in Amsterdam and an important piece of history from the Nazi regime. Your kids might not be able to relate to Anne Frank’s situation, but they will be able to relate to her age. If you really want your kids to get the fullest of this house and its significance, I would recommend reading to them from Anne Frank’s Diary some excerpts or the entire thing before you head to Amsterdam if you’re up to it! Maybe a good way to bide your time on the plane ride over. 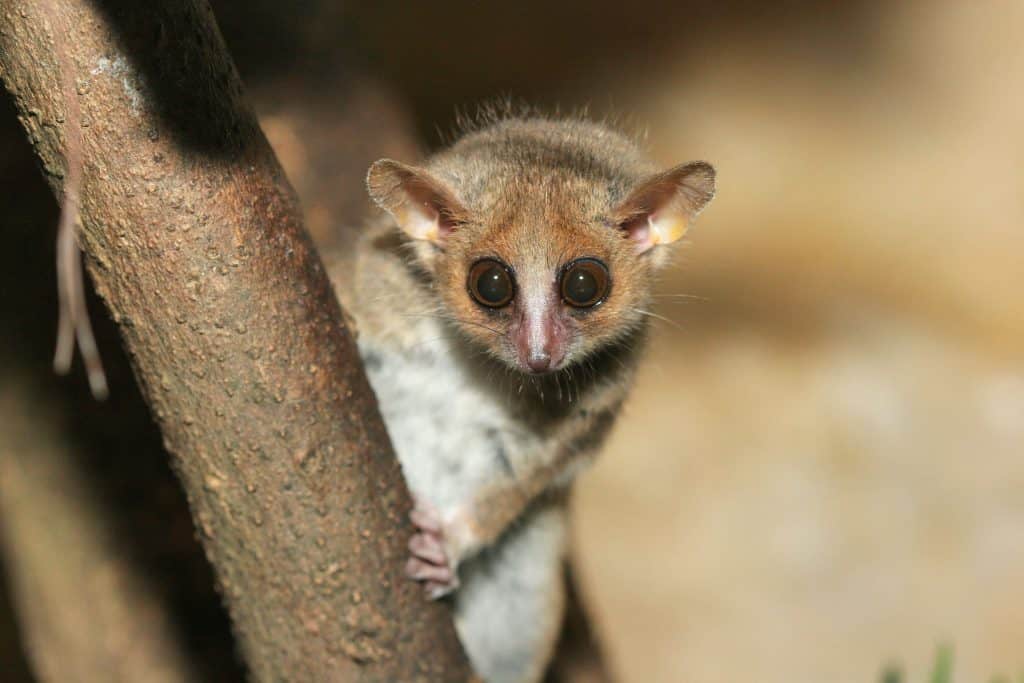 Maybe follow this sobering experience with a visit to the zoo! The zoo isn’t huge, but it is beautiful. The Amsterdam zoo has impeccable exhibits, from vultures in the wild to a planetarium to jaguars to giraffes, zebras, butterflies, wildebeests, an aquarium, and more. And all of this amongst the most beautiful landscape. Though it’s smaller than many zoos, you could very easily spend an entire day here – or an entire afternoon, at the least. 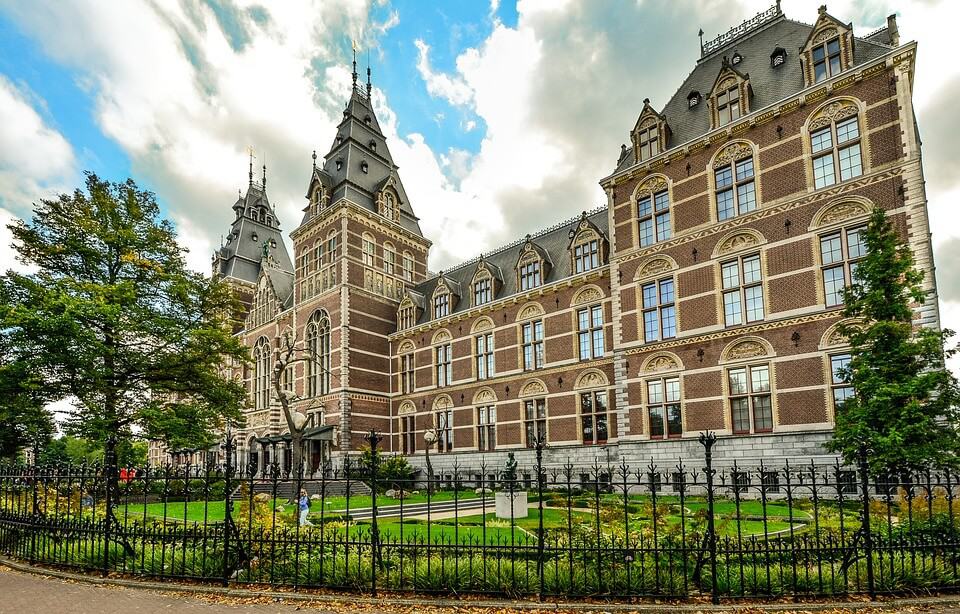 The Dutch have given us tons of unique, amazing art, and there are several museums to show off some of their most famous artists. If your kids are particularly artistic, you’ll definitely want to take them to either all or one of these. Even if your kids aren’t, just pick one, look up some art pieces with your kids, explain their meaning and background, and then search them out in the museum. With a treasure hunt and something familiar to grasp, they’ll enjoy the experience so much more.

One of the museums, Rijksmuseum displays works by Rembrandt, Vermeer, and many more; you’ll find suits of armor, dollhouses, and ships. You may want to put this museum at the top of your list. But Stedeljik Museum, another museum, has some interactive exhibits targeted specifically to kids where they can make their own artwork. And one more of our favorite museum, Van Gogh Museum, is full of Van Gogh’s works, and your kids will be easily occupied with interactive activities, a family tour, and even a treasure hunt!

5. Travel to and from Amsterdam 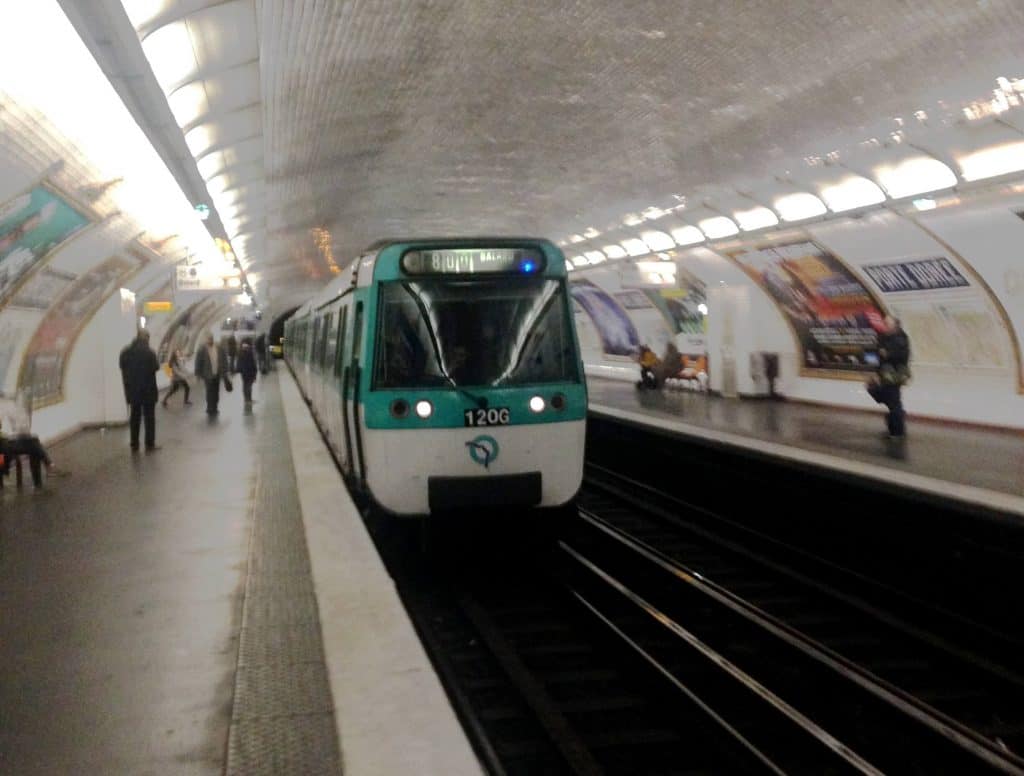 What’s so amazing about Europe is how easily you can take a train, bus, or plane from city to city. The prices are remarkably low to how much you pay to fly within the U.S. The Amsterdam to Paris train can be as short as three hours and twenty minutes, while the Amsterdam to Brussel train is even closer – just two hours – and both very reasonable prices. The London to Amsterdam train is a little more of a trek but still only four hours and forty-five minutes! 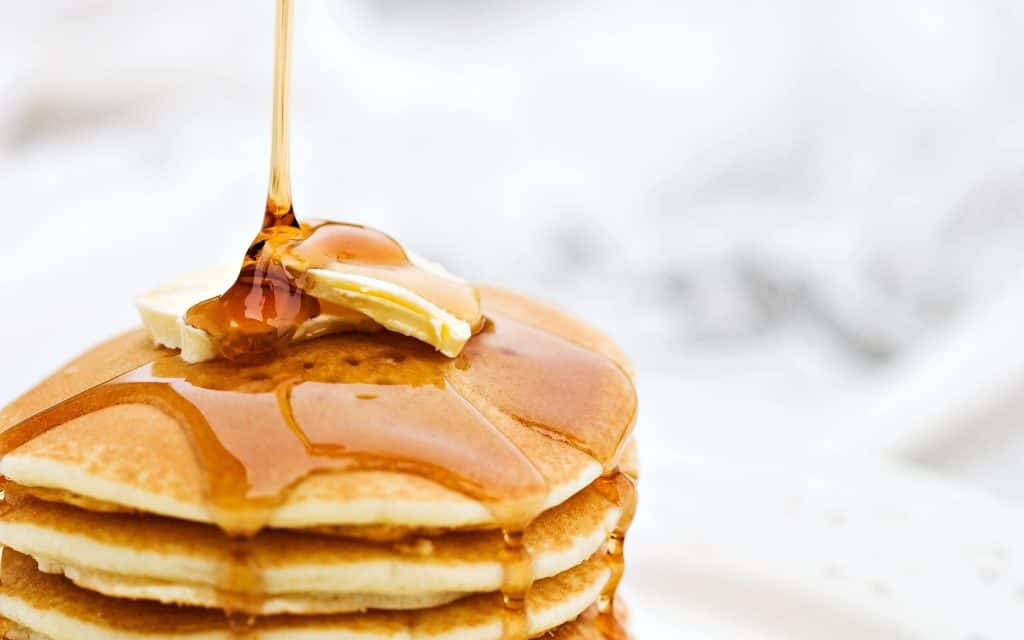 Don’t even think about leaving Amsterdam without having some pancakes! Though you can find a number of places to get them, the most popular is Pannenkoekenhuis Upstairs – Upstairs Pancake House. You’ll get thin, sweet pancakes as large as your face covered with powdered sugar with a delicious slab of orangey butter – you and your kids will be craving them for the rest of your life. All the while, you’re watching the owner flip the pancakes right behind the counter! Make sure you call ahead and make a reservation, though, as this small upstairs room fills up fast.