What to do in Jordan With Kids

The Hashemite Kingdom of Jordan is an Arab country located in Western Asia. It is known for being the home of the Lost City of Petra. It may not be the first country that comes to mind when planning a trip with small children, but Jordan is safe and has a lot of cool and touristy activities for all ages.

If you are wondering what to do in Jordan with kids, here are our recommendations:

1) Float effortlessly in the Dead Sea

The Dead Sea is the famous salt lake bordered by Jordan and Israel. It is the deepest hyper-saline lake in the world and is about ten times as salty as the ocean. With its density of 1.24kg/litre, swimming in the Dead Sea would feel like floating. If you are not yet set on what to do in Jordan with kids, having a Dead Sea vacation would be a great item on the list. The kids would be able to swim with extra buoyancy, but make sure to make them wear goggles since the salty water is not very friendly to the eyes. 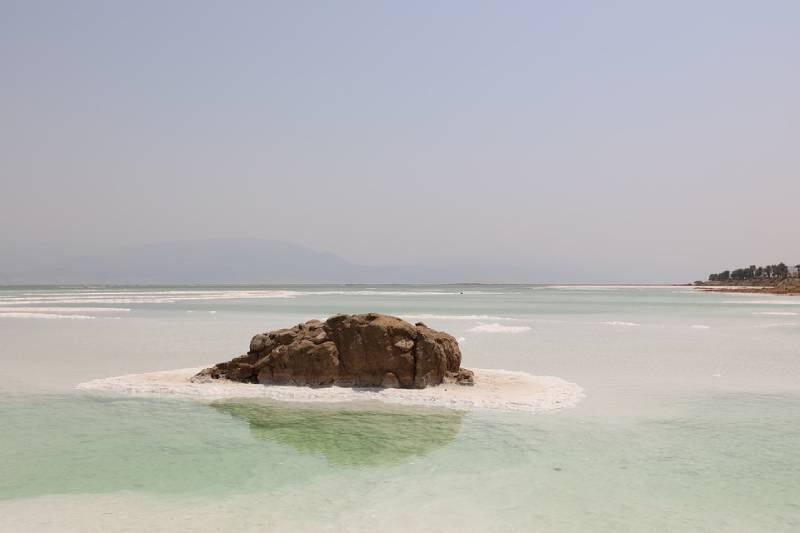 If you are planning of driving in Jordan and land in Amman on your first day, Amman to Dead Sea takes only about an hour. If you are Catholics or just history enthusiasts, there are also places near the Dead Sea that are worth visiting such as Most Nebo, Bethany, and Madaba. Most Nebo is said to be where Moses was shown the Promised Land. Bethany is the place where Jesus was baptized by Moses in the river. Madaba, on the other hand, is popular because it is the location of the world’s oldest mosaic map.

2) Spend a day or two in Amman

Amman is the capital of Jordan which is very likely that you will be flying in here from your home country. You might want to head to other cities to check out Jordan historical sites; however, exploring the city of Amman for a day or two is highly recommended.

What to do in Amman, Jordan, you may ask? 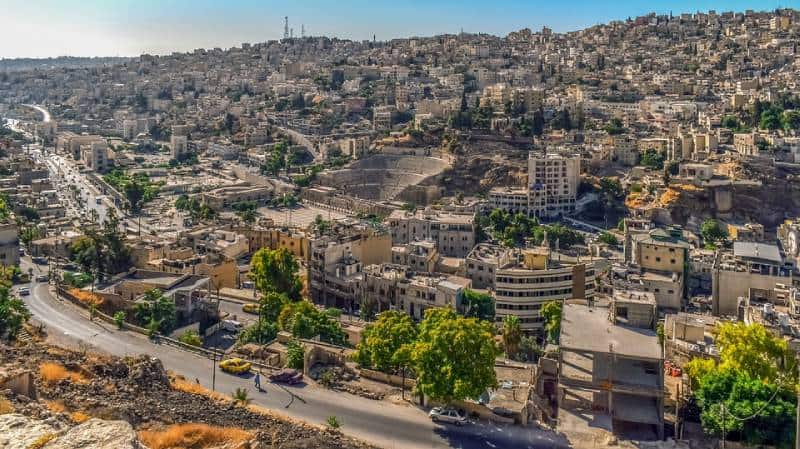 Well, first you can visit the Roman Theater and the Citadel Ruins which are famous landmarks here. Also, visiting the Children’s Museum is one of the cool things to do in Amman, Jordan with kids. This is an interactive hands-on museum where kids can play dress up and do role play of working in a construction site or taking control of an airplane. Another place to visit in Jordan is the Jordan Museum.

This is a great place to start your tour in Jordan since it will give you an overview of the country’s culture and traditions. The museum tour usually starts with a film showing showcasing anything that is related to the country. Usually this involves showing important historical events and how these events shaped the country and its people to what it is and what they are now. Spending an afternoon in the Jordan Museum would be a great culture trip for you and the entire family.

3) Explore the Lost City of Petra

One of the best places to visit in Jordan is the city of Petra. Petra, Jordan has been long-time referred to as The Lost City because it was lost to the western world until its rediscovery in 1812 by a Swiss traveler named Johann Ludwig Burckhardt. It is also called as the Rose City because of the color of the stone which it is carved out from.

The city has been a UNESCO World Heritage Site since 1985 and has been described as one of the most precious cultural properties of man’s cultural heritage. It would be great to explore the city that has appeared in Indiana Jones and the Last Crusade as well as in Arabian Nights. One should not miss The Treasury while visiting Petra. This unique architecture that was completely carved out of stone was  built as a tomb for the Nabatean King Aretas III. 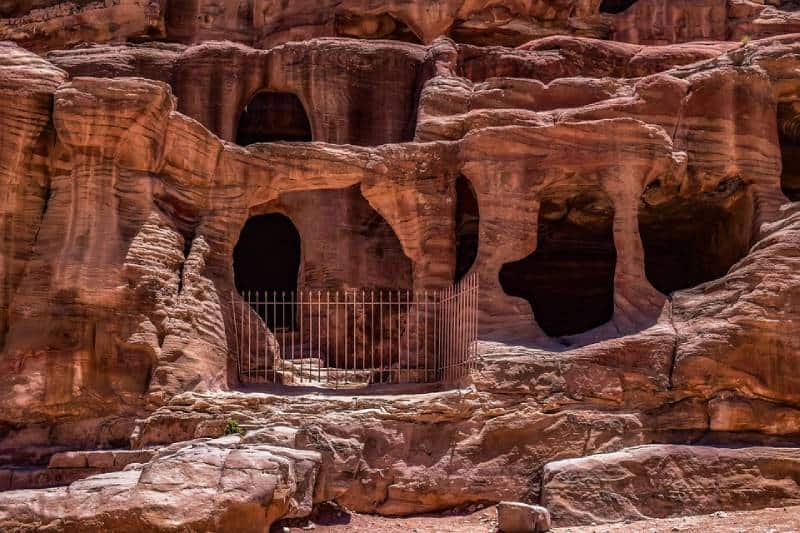 The Monastery as well as the High Place of Sacrifice are also must-sees in Petra. Exploring the whole place on foot is a bit challenging for some, so if you are not up for it or would like to take the less tiring route, donkey, camel, and horse rides are also available. There are a couple of restaurants and souvenir shops, so you can pretty much stay all day. It would be great to catch the sunset in Petra as well.

The weather in Petra, Jordan is pretty much the same in Amman and other cities in the country. The hottest months are May, June, July, August, and September. It begins to cool down from November, December, January, February and March, which is the best months to travel here as tourists.

Another item to add in your “what to do in Jordan” list is to visit the village of Wadi Rum. If you are planning of driving in Jordan, taking a trip to Wadi Rum would be a good route. Also known as the Valley of the Moon, this valley is located in southern Jordan and is cut into the sandstone and granite rock. 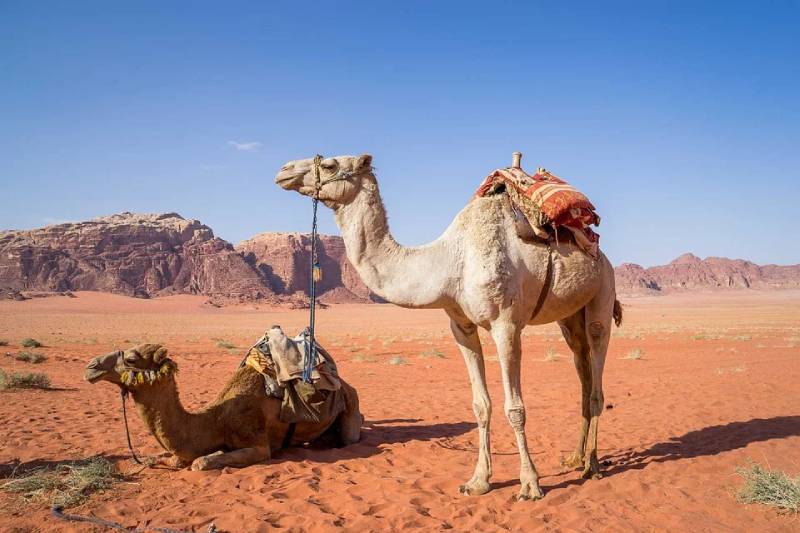 Just before sunset, the best activity to do here is to go on a camel back riding tour with kids. There are guided tours available to ensure safety in the desert. Watching the sun set in the golden desert would be such a treat for the whole family. Wadi Rumi luxury camping packages are also available. It would be a great accommodation to retire to in the night after a day or excursions in the desert.

One of the greatest places to visit in Jordan is the city of Aqaba. Aqaba, Jordan is the only coastal city in the country and is a popular tourist and local destination for beach trips. It currently has a couple of luxury hotels such as Tala Bay. Most tourists come here to do water activities such as scuba diving and snorkeling, or simply relax at the beach on a hot day.

Aside from that though, Aqaba is home to some the best Jordan historical sites. One of these would be the ruins in Ayla. Sandwiched between a luxury resort and the marina, Ayla’s remnants as Aqaba’s old port and its first settlement still remain. You can see the ruins of old city gates, markets, and a mosque, to name a few. Aqaba is also known for its Mamluk Castle, which is also called as Aqaba Fort of Aqaba Castle.

It got its name, Mamluk Castle, after it was rebuilt by Mamluk Sultan. The castle was originally built in the 12th century by the Crusaders. It is a great place to get introduced to the history of Aqaba, Jordan. From here, you can drive directly to Aqaba Archaeological Museum where you can find displays of artefacts that celebrates and commemorates the country’s culture, history, and tradition.

6) Drive up north to the Roman Ruins of Jerash

Driving in Jordan for tourists is pretty convenient, but if you prefer to rent a hire with a driver, that may be best to optimise your stay and make the most of your time. For those who are still unsure of what language do they speak in Jordan, it is Arabic which means most of the street signs are in Arabic, too. Hiring a local tour guide that speaks English would add convenience to your trip when you drive up to the city of Jerash. Jerash is the capital city of Jerash Governorate in Jordan.

Some of the best places to visit in Jordan can be found here, so you might want to spend at least a day or two here exploring. For one, The Temple of Artemis draws a lot of tourists. This was built dedicated to Artemis, the goddess of hunting and fertility and the daughter of Zeus and Leto. Seeing it as what it is now, it’s hard to believe that this was built between 150-170 AD. The Corinthian columns of the temple still stand up to this date. Of course, the famous Roman Ruins of Jerash is one of the places to visit in Jordan. 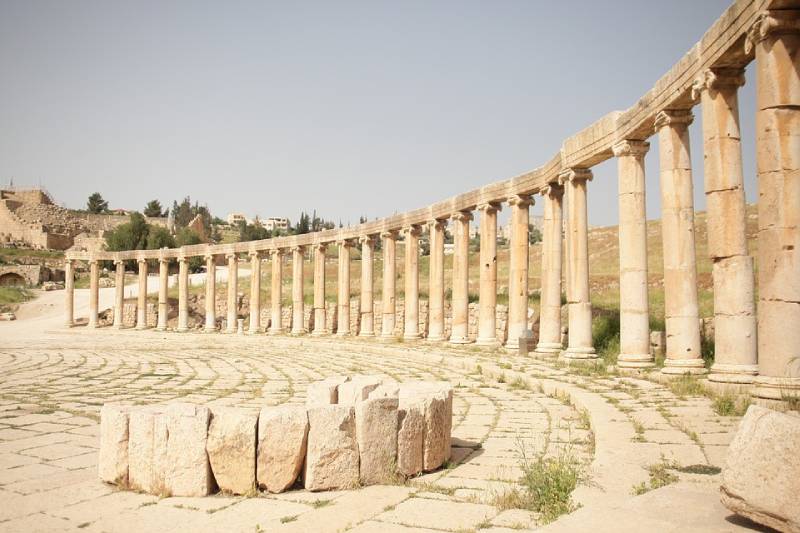 This site is an archaeological treasure. Here you can find the remains of the original Roman city which include colonnaded avenues, ceremonial gates, temples, and theatres. The best time to visit would be from January to March when the temperature is a bit colder. If you come on a hotter season, make sure to wear sunscreen, shades, and a hat because the area is pretty much a wide open space with direct sunlight.

You can wander on your own, but exploring with a local guide is more informative and entertaining. There are also cafes and shops near the area where you can cool down and grab something to eat if you want to take a break from the tour. This area is kid-friendly and your kids will love wondering around, exploring and discovering new things!

Jordan is a truly a kid-friendly country that you should consider visiting!