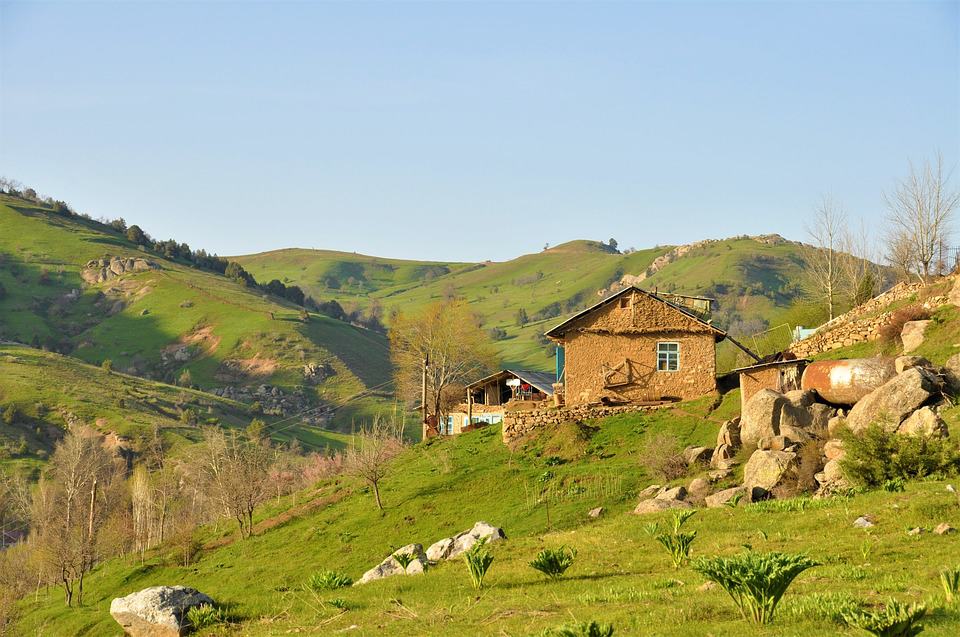 Uzbekistan is probably one of the lesser known destinations in the world. Located in central Asia, this is one country which many people are interested in, and which in turn has steadily fueled a growing tourism industry. To a large extent, the country remains a mysterious destination for many. Locked away in the heart of Asia, not many people traverse this part of the continent, even though there is much it has to offer.  And of course, everyone is used to the more known Asian countries especially those on our best Asian countries to visit as well as the safest countries and cities to visit in Asia.

But, if you happen to be planning on a visit to Uzbekistan, know that you can look forward to a great deal of adventures. And this is especially true if you are visiting with your family.

Mentioned in the list below are some of the best things you can look forward to doing with your kids, when you finally arrive in Uzbekistan. 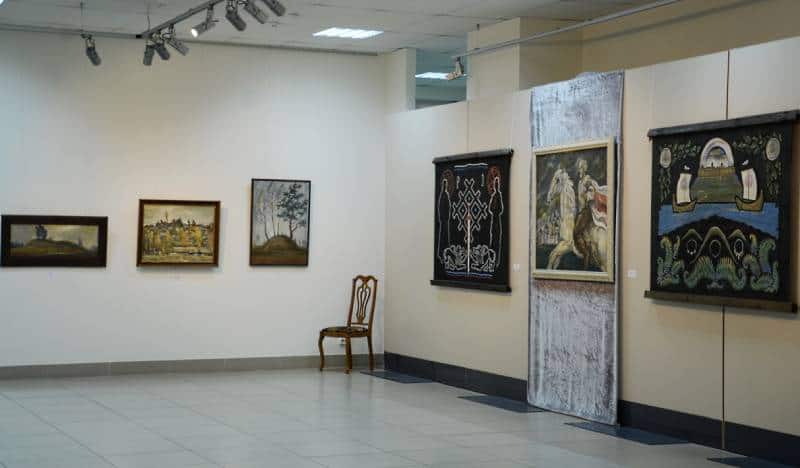 The museum served as a place of refuge for artworks that didn’t conform to the art style of ‘soviet realism’. In fact, much of the artworks in the museum arrived during the soviet era, when art styles that the soviets didn’t like were being destroyed across the country.

2. History Museum of the People of Uzbekistan

This is yet another museum worth visiting in Uzbekistan.

Situated in the country’s capital city of Tashkent, the place is well known for its collection of artifacts and other historical treasures belonging to the Uzbek people. 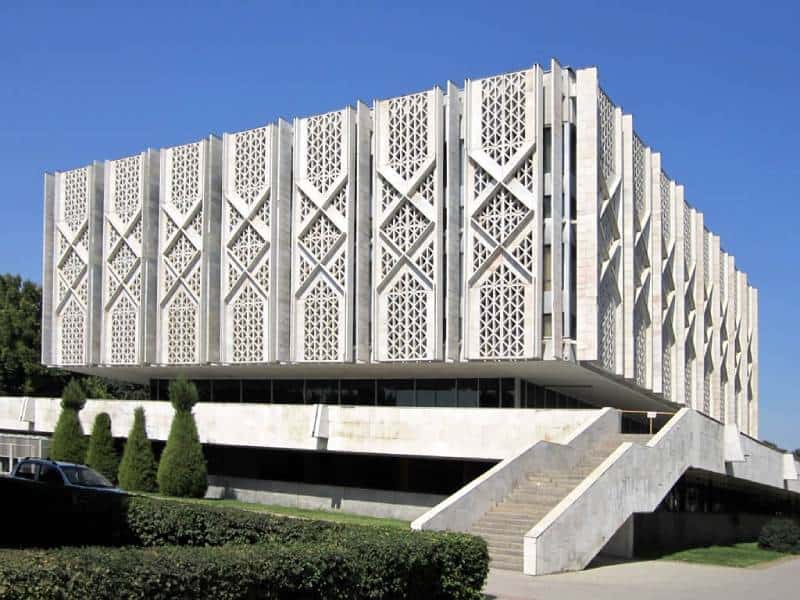 The dating of the museum’s artifacts are anywhere from 5000 years old, to recent times. This makes the place an excellent destination for anyone who would like to learn more about the country’s history.

If there is one destination in Uzbekistan to check out its ancient history, it would be Registan. 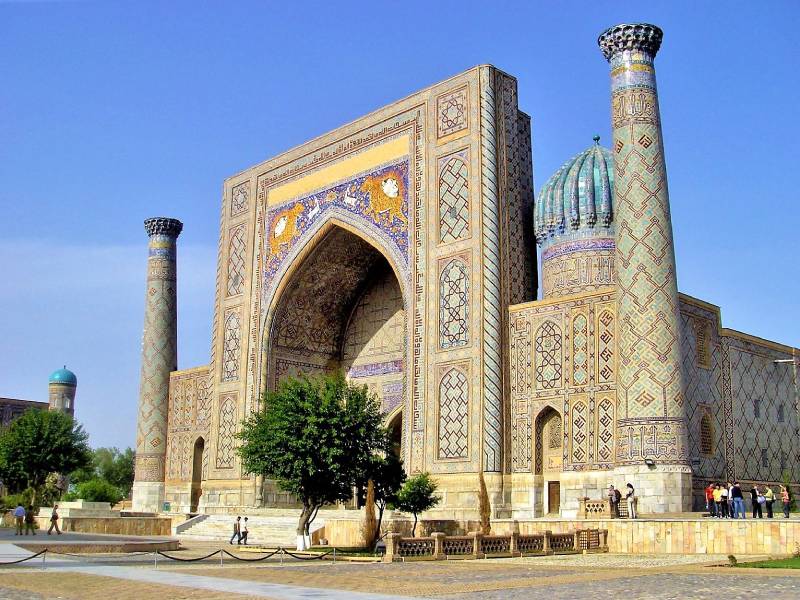 Located in the Samarkhand region of Uzbekistan, Registan is one of the world’s most imposing Madrasses or Islamic religious schools.

With its imposing arches, intricate designs and well-preserved structure, Registan is by far one of the best examples of Islamic architecture in the region.

Another interesting historical landmark in Uzbekistan would be the Shah-i-Zinda.

This historical monument is a vast tomb complex, famous in the country for its stunning styles and iconic blue tile works. 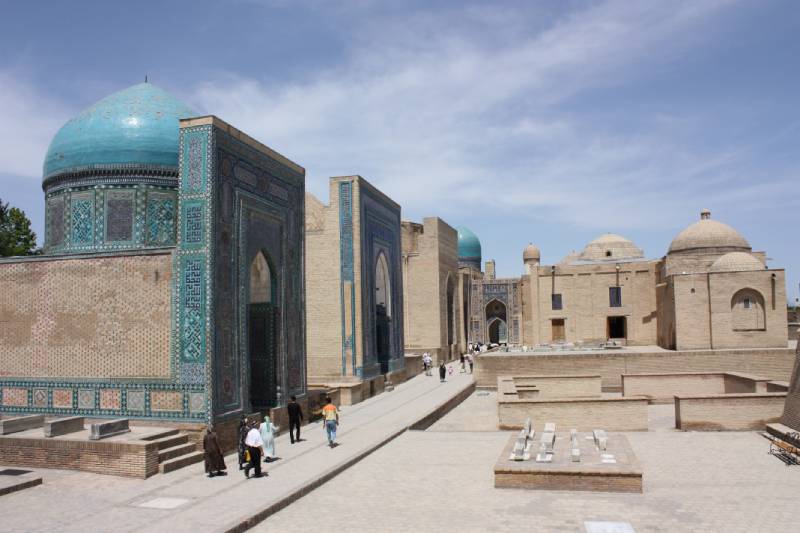 Situated in the Samarkhand region of the country, it is a great place to witness the architectural history of the Uzbek people.

While you stay in Uzbekistan, you might as well experience the same food as eaten by the locals. Unique in preparation styles and ingredients from the rest of the region, there is much variety to look forward to, should you plan on trying out Uzbek cuisine. 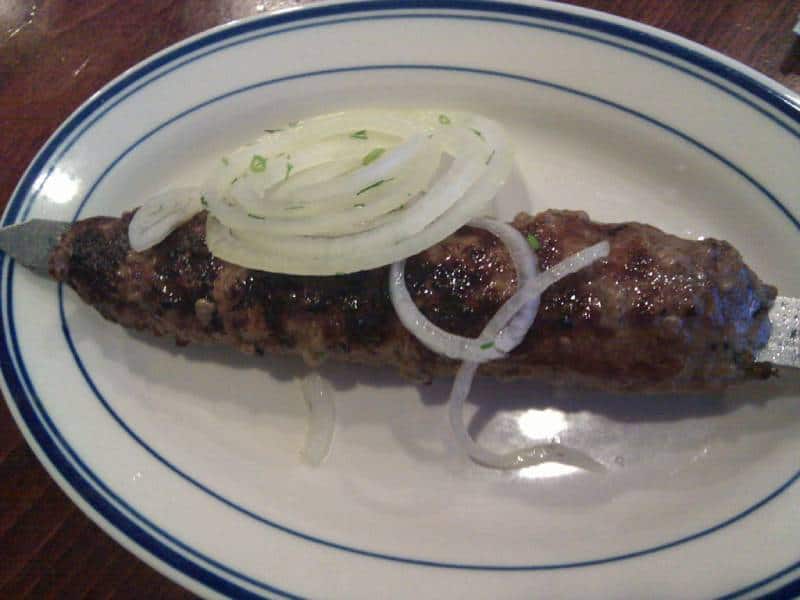 One of the things most noticeable about the cuisine in Uzbekistan is that while unique unto itself, does have many elements of Islamic cuisine from the surrounding areas.

6. Enjoy a Jeep Trip across the Country’s Wilderness

Uzbekistan is a unique mix of mountains, hills, plains and plateaus. In addition to this there are many semi-arid and arid patches of land as well. 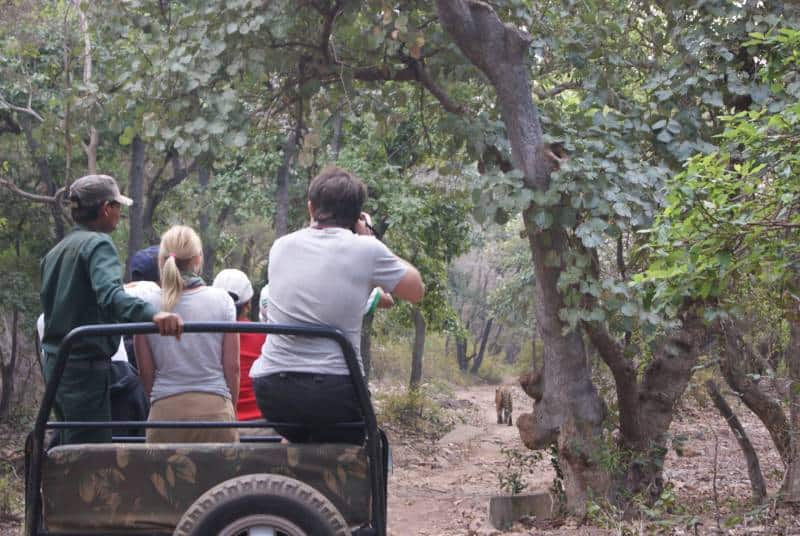 This makes it a great place to go exploring and discover the natural beauty of the country. One of the best ways to do this is through jeep tours, which can be availed across the country.

Another interesting tourist destination in Uzbekistan would be the Aral Sea. Located in the northwestern region of the country, the Aral Sea was once one of the largest inland lakes in the world. This has however changed in recent times due to human activity as well as natural factors, with much of the lake having dried up as a result. There are still a few patches of water left in the region, but to a large extent, the sea is nothing more than a vast patch of sandy desert.

Some of the strange sights that can be expected in this region are old shipping canals, dilapidated buildings, abandoned fishing ships, rusting oil tankers and more. Do note that the ships mentioned here are essentially located right in the middle of a sandy desert, for that’s all that is left after the Aral Sea dried out. In a surreal way, a visit to the Aral Sea would pretty much remind you of a post-apocalyptic movie from Hollywood.

Indeed, there are many more things that you can look forward to, when you visit this part of central Asia.

From landscapes to architecture and everything in between, this is one central Asian country that you ought to check out at least once in your life. Also to note is to pay attention to safety while you are here. There are safety concerns near border areas, particularly near the Uzbek-Afghan border. So if you are visiting Uzbekistan anytime soon in the future, know that there is an interesting adventure that awaits you in every corner of the country.